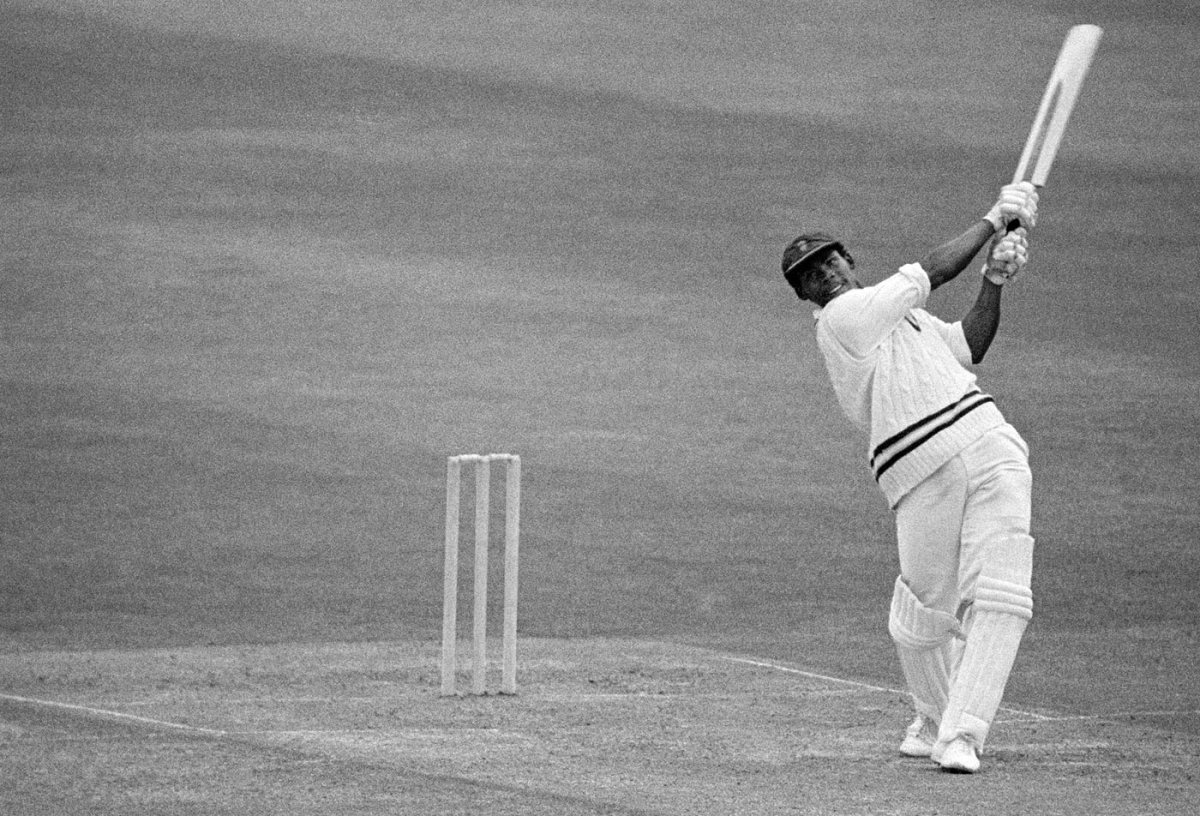 When Gordon Greenidge cracked 93 and 107 on debut, he knew he was on his way

I could not have had any better induction in international cricket than having to open the batting against four of the world's best spinners. I narrowly missed getting a hundred in each innings of my Test debut. That was the turning point in my career, knowing that I had the capabilities of playing this great game. It gave me a lot of self-belief that I could participate at that level.

I was run out for 93 in the first innings in Bangalore. I was going to the danger end, and then I had to change and go back because the fielder had enough time to change direction and throw the ball to my end. But after that first innings, I had a lot of confidence, knowing that I can cope with what was happening out there.

It was absolutely brilliant playing against India's spinners. You sat back at the other end and watched Roy Fredericks play. I remember [Bhagwath] Chandrasekhar bowled a bouncer to Fredericks. The ball hit him flush on the forehead and bounced right back to the bowler. You can imagine that! Chandra got the ball to spin - not always a lot of turn, but he got bounce. Reading and hearing about these guys and then having to go and face them was brilliant. I couldn't have asked for a better start.

I remember Chandrasekhar bowled a bouncer to Fredericks. The ball hit him flush on the forehead and bounced back to the bowler

Teams who go to the subcontinent don't perform well because of the pitches you play on - slowish, where the ball doesn't come through. On that tour there were turning pitches. The pitch in Bangalore was the only one that was a really, really good pitch, bowling- and batting-wise. The other pitches weren't as good. They took a lot of turn.

Viv [Richards] was also playing his first game. The discussion between us was how we were to play. You had to be positive in your approach and be forceful when you are going to play shots. When you become too tentative, you tend to lose a great deal. You have to strike the ball, strike it with meaning and purpose. If you hesitate, if you become unsure as to what you want to do, that is the start of your downfall.

Both Viv and I were very confident players. It is a good feeling to have players in the team with Viv's focus and belief. It helps others as well, those who may not feel the confidence within themselves, and it sends a feeling of "I want to be around here, I want to be part of this squad." I am not certain if that is the case with the current West Indies team, because they are a bunch of guys who are still feeling their way around and perhaps not as self-confident as they should be.

I just hope they have that feeling of self-worth and belief to get the job done. I felt that after my first Test innings in Bangalore. I felt I belonged. I knew this was my game.

Gordon Greenidge played 108 Tests and 128 ODIs for West Indies between 1974 and 1991. He was speaking to Subash Jayaraman The best of Gordon Greenidge is the best of batting

No one was safe while he was at the crease: not the ball, the bowlers, the fielders, the windows, or the records