If it's December, it must be a corker at the WACA, or the MCG

December 2014
Tweet
Australia's Belinda Clark became the first cricketer to make an ODI double-hundred when she finished on an unbeaten 229 - which was for 17 years the highest individual score in ODIs for either gender - against Denmark in the Women's World Cup at the MIG Ground in Mumbai. She hit 22 fours in her knock, which took 155 balls. Australia posted 412 and Denmark only managed 49 in response. Clark went on to captain Australia to the title, and again in 2005, before retiring that year as one of the country's greatest players. 1997:Make hers a double
The most convoluted hat-trick in Test history, spread over two days and three overs in Perth. The bowler in question, Merv Hughes, made it a Test to remember, taking career-best figures of 13 for 217 against the mighty West Indies. First Hughes had Curtly Ambrose caught behind off the last ball of his 36th over on day two. He then had Patrick Patterson caught at cover off the first ball of his 37th to end the West Indies innings. The following day, he had Gordon Greenidge lbw on the first ball of West Indies' second innings. It was the first hat-trick by an Australian since Lindsay Kline's 30 years earlier. Hughes, who didn't know he had taken a hat-trick, didn't stop there: he took 8 for 87 in the second innings. West Indies, though, still went on to win by 169 runs. 1988:Fruitfly's twisted trick
When India were shot out for 126 at the WACA, few would have given them a chance, given they were playing West Indies. Curtly Ambrose took 2 for 9 in 8.4 overs, but despite the low score, India's innings lasted nearly the entire 50 overs. Then Desmond Haynes was dismissed first ball and it was game on, as India's seamers, led by Subroto Banerjee, reduced West Indies to 55 for 5. The tail got West Indies closer but Ambrose was run out attempting a sharp single and India breathed again. Mohammad Azharuddin tossed the ball to Sachin Tendulkar. West Indies, though only needing a handful of runs, didn't know what to expect from the teenager. Anderson Cummins, West Indies' top scorer on the day, edged to second slip, where Azharuddin took a diving catch. Game tied. 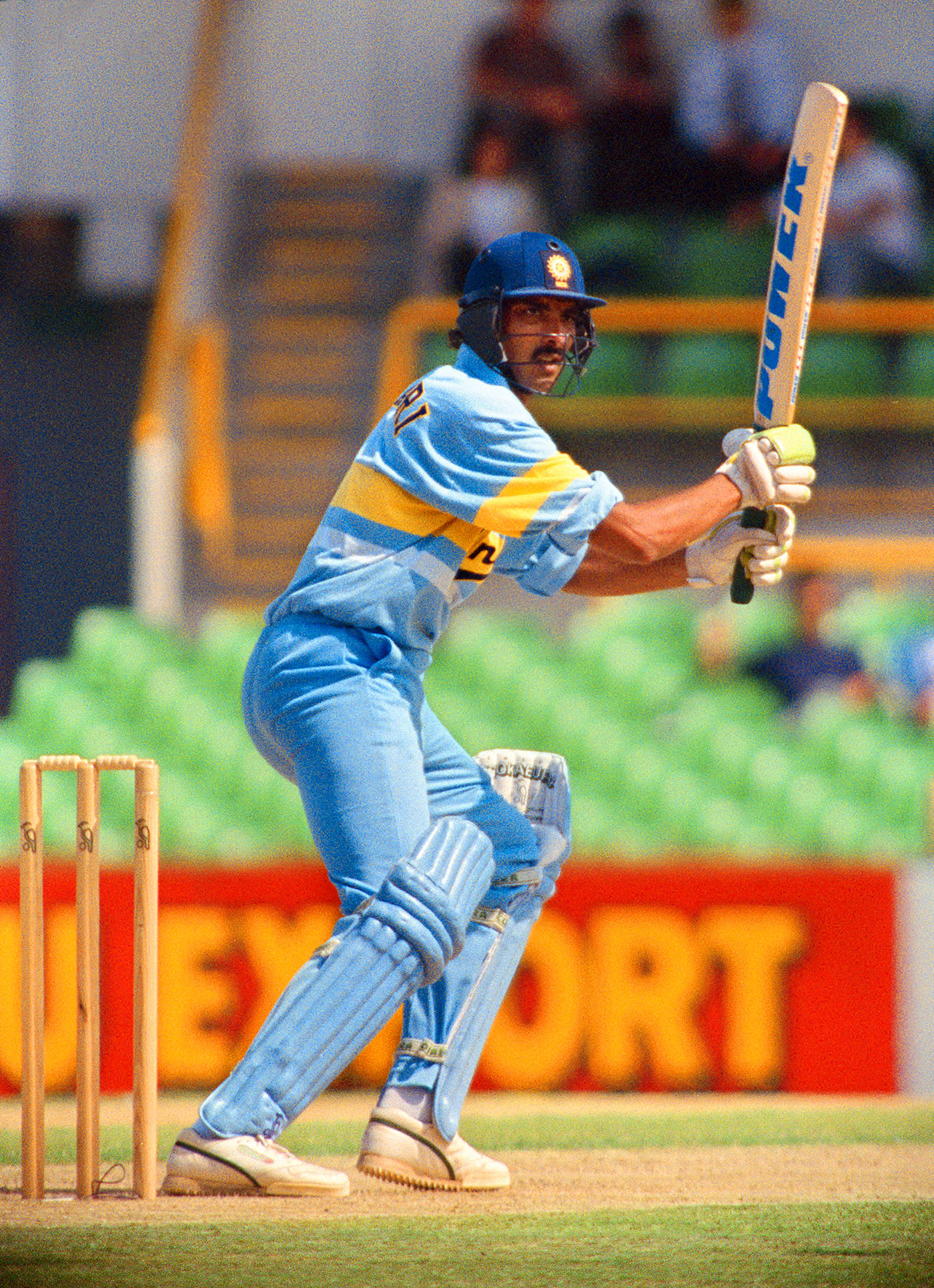 1991:Tendulkar ties it
After Sachin Tendulkar became the holder of the highest score in men's ODI cricket - with the first double-century in the format, in March 2010 - he was allowed to savour the distinction for less than two years. It was his team-mate Virender Sehwag who eclipsed the mark. Against West Indies in Indore, Sehwag got to 200 as early as the 44th over, off 140 balls. He had his share of luck, having been dropped twice, but he didn't let that bother him. (And it is believed he was humming film songs for much of his innings.) His 219 had come off just 149 balls, with 25 fours and seven sixes, when he was dismissed in the 47th over. When Sehwag went past Tendulkar's mark, a spectator managed to get on to the field and hand him a bouquet of roses. Sehwag, in turn, was left behind two years later by yet another Indian, Rohit Sharma, who made 264 against Sri Lanka. 2011:Sehwag's Indore party
The no-ball call that started an uproar. On Boxing Day 1995 at the MCG, Muttiah Muralitharan was no-balled for throwing seven times in three overs by umpire Darrell Hair. Murali switched to bowling from the other end, where, interestingly, umpire Steve Dunne had no problems with his action. Murali was three years into his Test career at the time, and though he ended as Test cricket's leading wicket-taker, with 800 wickets, he had to battle allegations that he chucked, undergo modifications to his action, and live with the charge that the 15-degree allowance was brought in to accommodate him. It was the start of Murali's stormy relationship with the Australian public and its umpires - another of whom, Ross Emerson, no-balled him three years later. 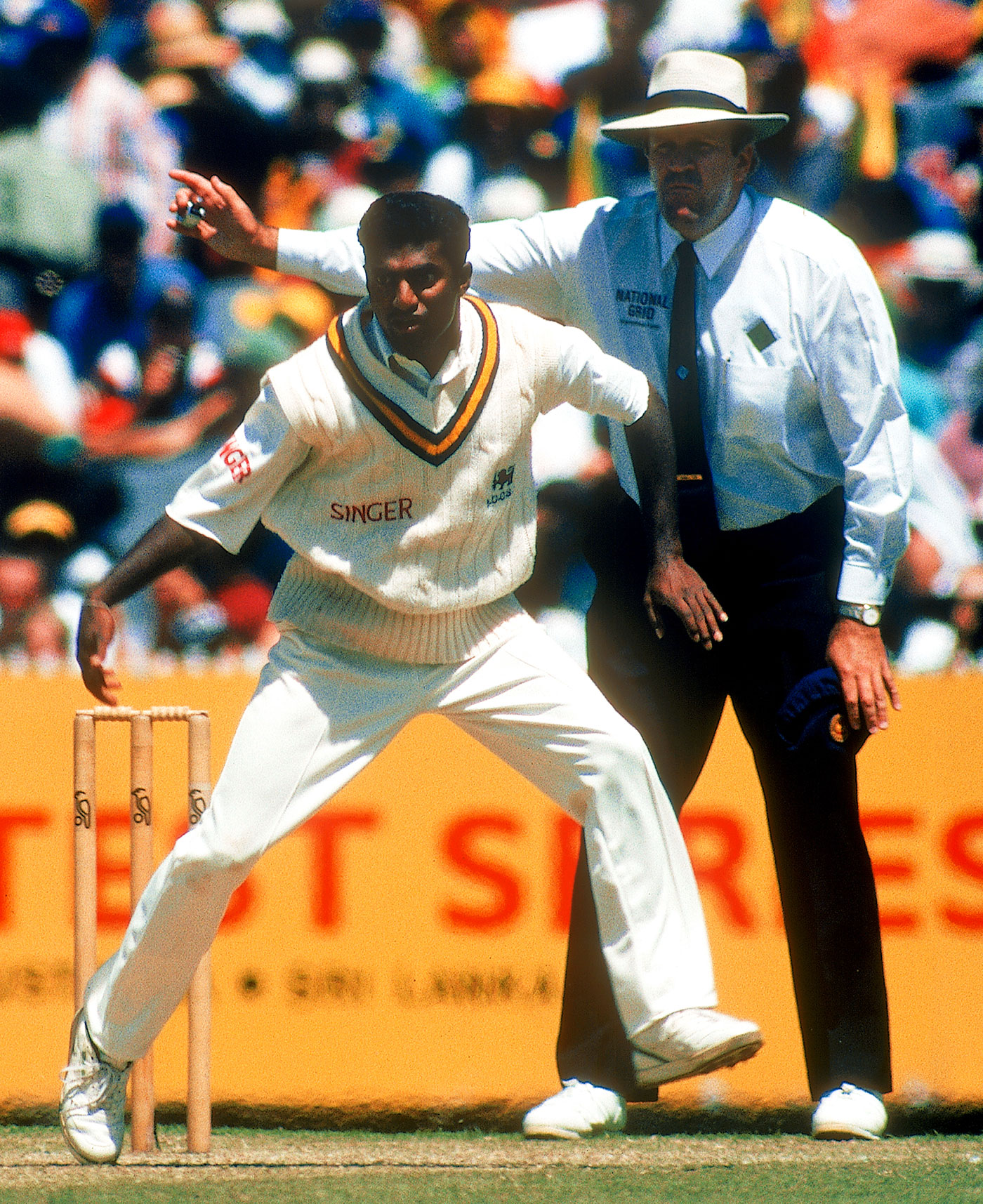 1995:Hair v Murali
Another Ashes heart-stopper, following the heroics of the year before. Two to none down heading into the fourth and penultimate Test of the series, England were desperate for a win. They were well placed when the No. 11, Jeff Thomson, walked in at 218 for 9, chasing 292. However, there was the small matter of a dogged Allan Border at the other end. "Let's beat these fruits," Thommo reportedly said to his team-mate, and they proceeded to go about doing so. England's field placements allowed many singles to Border to get Thomson on strike, helping Australia inch closer in the process. On the final day, Australia needed 37 and a win for them seemed a real possibility. Bob Willis called on Ian Botham, and with Australia four away, Thomson finally edged it. In the heat of the moment, Chris Tavaré fumbled it at second slip, but Geoff Miller took the rebound at first slip. That man Botham had done it again.