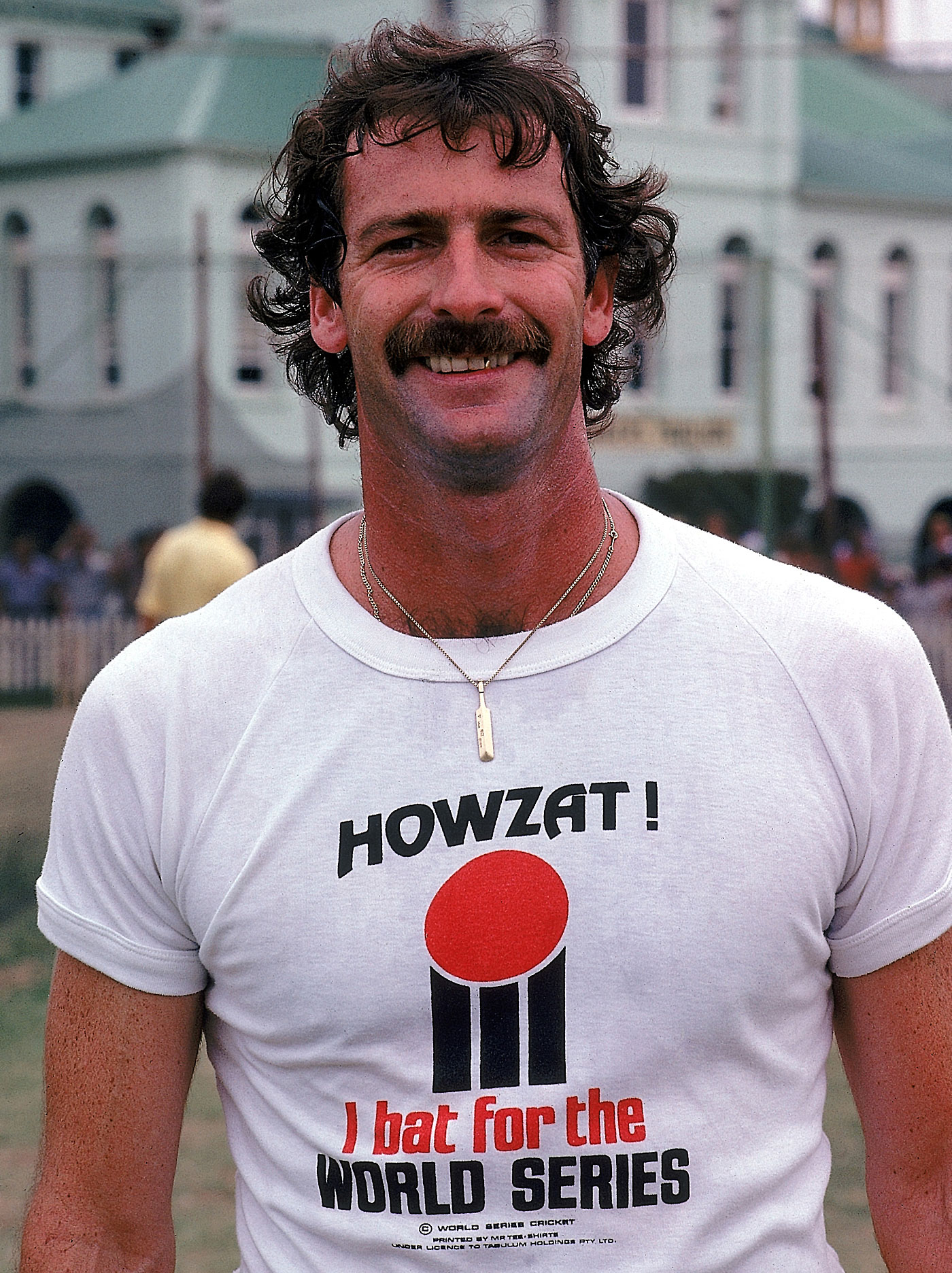 Superhero one day, supervillain the next

There are great ruthless destructive fast bowlers. Then there is Dennis Lillee

I first saw Dennis Lillee bowl in 1972, when, aged 19, I was on a cricket scholarship at Warwickshire. Long hair flowing, DK galloped to the crease for his side-on delivery, looking as smooth as Muhammad Ali in the boxing ring. Lillee was purposeful, aggressive, abrasive, confident and destructive, the one fast bowler who was respected but also mostly hated by all. And that was probably what drew me to him. He was the bowler I wanted to be.

A few years on, I heard Clive Lloyd, Deryck Murray, Alvin Kallicharran, Bernard Julien and Roy Fredericks describe the fear of facing Lillee and Jeff Thomson during their tour to Australia in 1975-76. It was as if they had just finished watching a series of horror movies.

A year later, the Centenary Test against England turned out to be a triumph for Lillee. Bowling in Melbourne with a brittle back, he finished with match figures of 11 for 165 from 48.1 herculean overs. It was the stuff heroes are made of, and it was the first time I saw a player chaired off the field by his team-mates.

By the 1978-79 season, during World Series Cricket, Lillee and I were trying to blast each other out. There were plenty of words exchanged as we duelled on the pitch. Lillee started hostilities in one of the early games of the season. Had I not been wearing a brand-new maroon helmet, which I had picked from a carton as I walked to the crease, I may not have been here to tell this tale. His third delivery to me was a bouncer and the ball hit the middle of my helmet!

I decided then and there: when I got a chance to bowl to Lillee, I would shower him with speed and aggression. C'mon Aussie c'mon, indeed!

For the next few years, I peppered him with dangerous deliveries and sledges. Between 1978 and 1982-83, when we met across four series, Dennis and I exchanged "pleasantries" quite often. That was a very different time, when even tailenders had to deal with mean bouncers and battle for survival. These days such bowling would be banned outright.

Had I not been wearing a helmet, I may not have been here to tell this tale. His third delivery was a bouncer and the ball hit the middle of my helmet

In spite of what happened on the pitch, Lillee, Rod Marsh and Ian Chappell would walk into our dressing room, beers in hand, after a long day's play. The lively conversations guaranteed that there was no lingering animosity among the players.

Lillee played just one Test during Australia's tour to the Caribbean in 1973. He sustained a stress fracture and was forced to return home. He next played in the West Indies on WSC's tour in 1979 and was a more potent bowling force after remodelling his bowling action.

First Test, Woolloongabba. I was temporarily immobilised by a blow to my upper thigh, courtesy Lillee's bowling partner Thomson.

Second Test, Melbourne Cricket Ground. I handed Lillee several blows on his upper body after he hung around for too long. The words we threw at each other are not ones I would like to repeat! We won the Test by ten wickets.

Third Test, Adelaide Oval. We won this Test too, winning a series in Australia for the first time, but not before I was battered and bruised by Lillee when I walked in as nightwatchman in the second innings. Expletives flew from both sides.

When we pushed for victory, I bowled faster than I had ever done. I hit Lillee, only for umpire Max O'Connell to warn me about short-pitched bowling. I dismissed him for a duck and we soon won the Test. I finished the series with 16 wickets, the most among bowlers from either team. 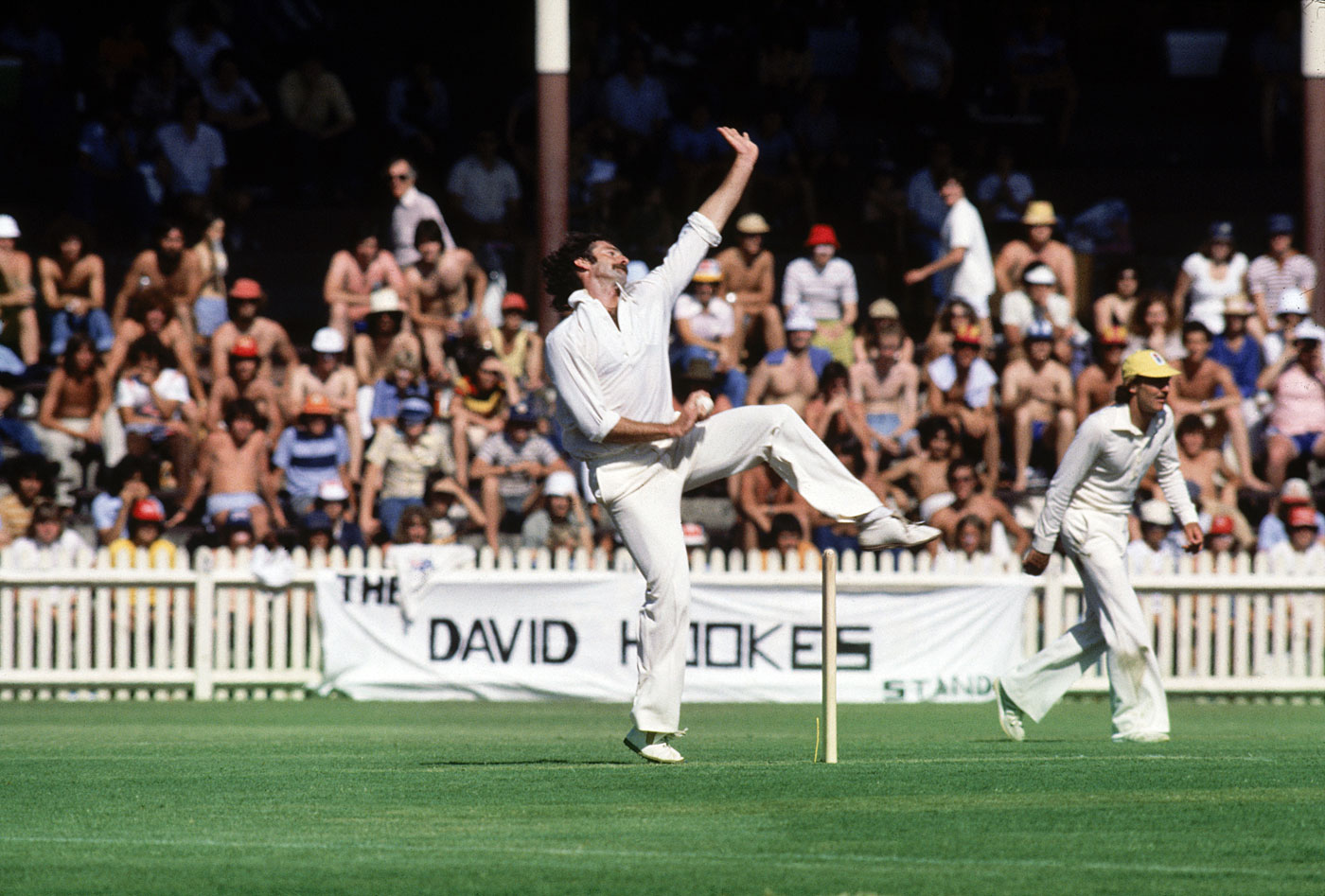 On our visit to Australia in 1981-82, which was my last tour, the on-field animosity didn't let up.

First Test, Melbourne Cricket Ground. I was nightwatchman again. Lillee had me out lbw, the ball crashing into my box. I limped off in excruciating pain and we lost that Test thanks to Lillee's magnificent match figures of 10 for 127.

The second Test, in Sydney, was drawn.

Third Test, Adelaide Oval. DK probably saw the writing on the wall and got out cheaply in both innings. We won the Test, drawing the series 1-1, and retained our status as unofficial world champions.

Since the age of 12, when I saw my first Test match at the Bourda in Georgetown, I have seen many great fast bowlers. Based on longevity, destructive ability and menace, Malcolm Marshall, Kapil Dev, Wasim Akram, Waqar Younis, Curtly Ambrose, Wes Hall, Dale Steyn, Andy Roberts, Michael Holding, Glenn McGrath, Allan Donald and Joel Garner are up there. Combining the best of Wasim, Maco, DK and Ambi would produce the greatest fast bowler for past, present and future. But Lillee, with his tigerish instincts, gets my vote for the best of all time. He came back from a grave injury, reinvented himself, and transformed into a more cunning and productive bowler.

He ended his international career in 1984, after 13 years of unbelievable effort. He began with 5 for 84 on debut, against England in Adelaide in 1971, and finished with eight wickets in his final Test, in Sydney. He even got a wicket with his very last delivery in international cricket. 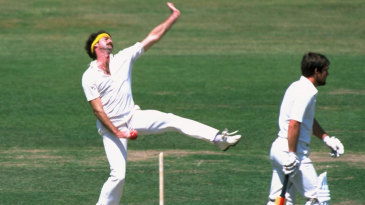 The man who needs no introduction 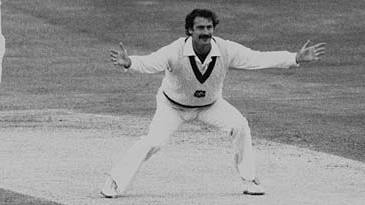 Dennis Lillee was an exceptionally skilled fast bowler, but his doggedness and endurance set him apart