Mike Hendrick on the
138 not out (157 balls) v England
Lord's, World Cup final, 1979
I was not a 90mph bowler. I did not swing the ball that much. What I could do was bowl the ball pretty much where I wanted it to go. Sometimes I would try and drag it wider and wider to stop Richards from going across to the on side. But then if you overpitched even slightly he would smack it through extra cover for four. He would hit balls through midwicket and the on side that other people could not, so the margins for error were quite tight.

We had a great start in the final. Derek Randall ran Gordon Greenidge out, I caught Desmond Haynes off Chris Old, and then I bowled Alvin Kallicharran to leave West Indies 55 for 3. Then Viv Richards came to the crease. The very first ball I bowled to him pitched just about on off stump, nipped back and hit him in front of all three. Everybody went up. Viv looked down. And Barrie Meyer gave him not out. We couldn't believe it. The lads on the balcony had seen the replays and came out saying that was out.

I didn't bowl too many balls at Viv after that until I came back during the death overs. When I started the final over of the innings he was on 120-odd and I just wanted to go yorker, yorker, yorker. There was one particular delivery he smacked absolutely straight back at me. I thought about trying to catch it and in a millisecond I pulled my hands away. Apparently Richie Benaud, on commentary, said that was a good decision!

On the last ball he walked straight across his stumps to the off side. I thought, "I'm going for a leg-stump yorker." Unfortunately I couldn't get it right and it ended up as a low full toss on middle stump. He just wafted at it with that great big Stuart Surridge bat of his and hit it into St John's Wood high street to finish 138 not out. Everybody goes on about the last ball but I have never seen the replay of the first ball!

Rodney Hogg on the
153 not out (130 balls) v Australia
MCG, 1979
Lillee. Thomson. Hogg. A frightening fast bowling pair and a service-style fast bowler. Plus Gregory Stephen Chappell, a good medium-fast bowler and as good a fourth fast bowler as you could have. Viv just murdered us.

The MCG pitch was rolled mud and it didn't have much in it for fast bowlers. But as difficult as it was to bowl on, it was equally tough to bat on. Viv was just awesome. I remember bowling to him that day and wondering: where do I bowl my next delivery? My plan was simple. If Viv hit one ball for four, I just tried to bowl faster. But the faster you bowled, the further Viv hit you.

The thing that stood out for me is, Viv just stayed so still. If you pitched the ball on middle and leg, it would go between midwicket and mid-on. If you pitched it on off or outside off stump it would go between mid-off and cover. We were all mesmerised. You would not get a much better bowling attack than what was on the field that day, so to score 153 not out is, in my book, ten out of ten. Can't play better. It was a perfect innings. One of the great innings. I wouldn't want to bowl to me either: a defeated Botham sits on the field next to Richards during the Old Trafford innings © PA Photos

Madan Lal on the
149 (99 balls) v India
Jamshedpur, 1983
Although I had got him out twice in the 1983 World Cup, including in the final, it was never easy to bowl against Vivian Richards. To make matters worse the Jamshedpur wicket has always had a lot of runs in it. As well as Richards, Gordon Greenidge was scoring easily, so the pressure was being applied from both ends. What could a bowler do? Just try to bowl line and length. But once someone like Richards settled in, the bowler had a problem.

Against the great players the only chance you have is when you challenge them, because they like to dominate you. So you count your luck and hope they mistime a stroke. My plan was to only try to cut the ball. Usually by getting the ball to cut in, you curtail the flow of runs, but the pitch did not favour the bowler at all. Even the legcutter wasn't proving effective. So I asked Syed Kirmani to stand up to the wicket to challenge Richards. I also pushed the mid-off and mid-on deep and called up the third man. I decided to bowl as tight on the off stump as possible. The only way for Richards to score runs was to hit me through the line. He did that and more!

Derek Pringle on the
189 not out (170 balls) v England
Old Trafford, 1984
You had to be a very confident bowler to think you were going to get the better of Viv Richards. And, with West Indies 102 for 7, we were as confident as we could be. We felt we were on top of them but, suddenly, what looked like a low score became a big one.

What I remember clearly was David Bairstow missing a stumping chance off Geoff Miller when Viv was on 44. The ball was gripping a bit and Viv went to flick it off leg stump. As the ball turned he overbalanced and his weight took him forward. The momentum took him so far that he had given up on getting back, but Bairstow failed to gather the ball.

"I decided to bowl as tight on the off stump as possible. The only way for Richards to score runs was to hit me through the line. He did that and more" Madan Lal

Viv did not need more encouragement. Despite batting with the tail he took most of the strike to seize control. There is one shot I remember in particular, when he hit me over long-off for a six that went out of the ground towards the Warwick Road station. I used to bowl at the death for Essex, so I thought it would be a good plan to bowl some yorkers on leg stump and try to cramp him up because he was giving himself room. He had such an incredible eye. People say that today's batsmen can hit low full tosses for six but Viv managed it easily then. The ones that didn't make the blockhole got dispatched to the boundary.

Ian Botham thought Viv would hook one in the air eventually, so he tried to bounce him out. But of course, that didn't quite work. He also hit Bob Willis for a six straight over his head, and in the end he had taken a heavy toll on everybody.

He put on 106 runs for the last wicket - still a one-day international record - with Mikey (Holding), who scored only 12! A lot of people thought he would get across and play mainly towards the on side, but in that innings he stepped back and hit the ball over the off side, cut the ball, hooked the ball and played all the shots. It stood as the highest ODI score for 13 years and, certainly in the context of the match, it was one of the greatest one-day innings I had seen. 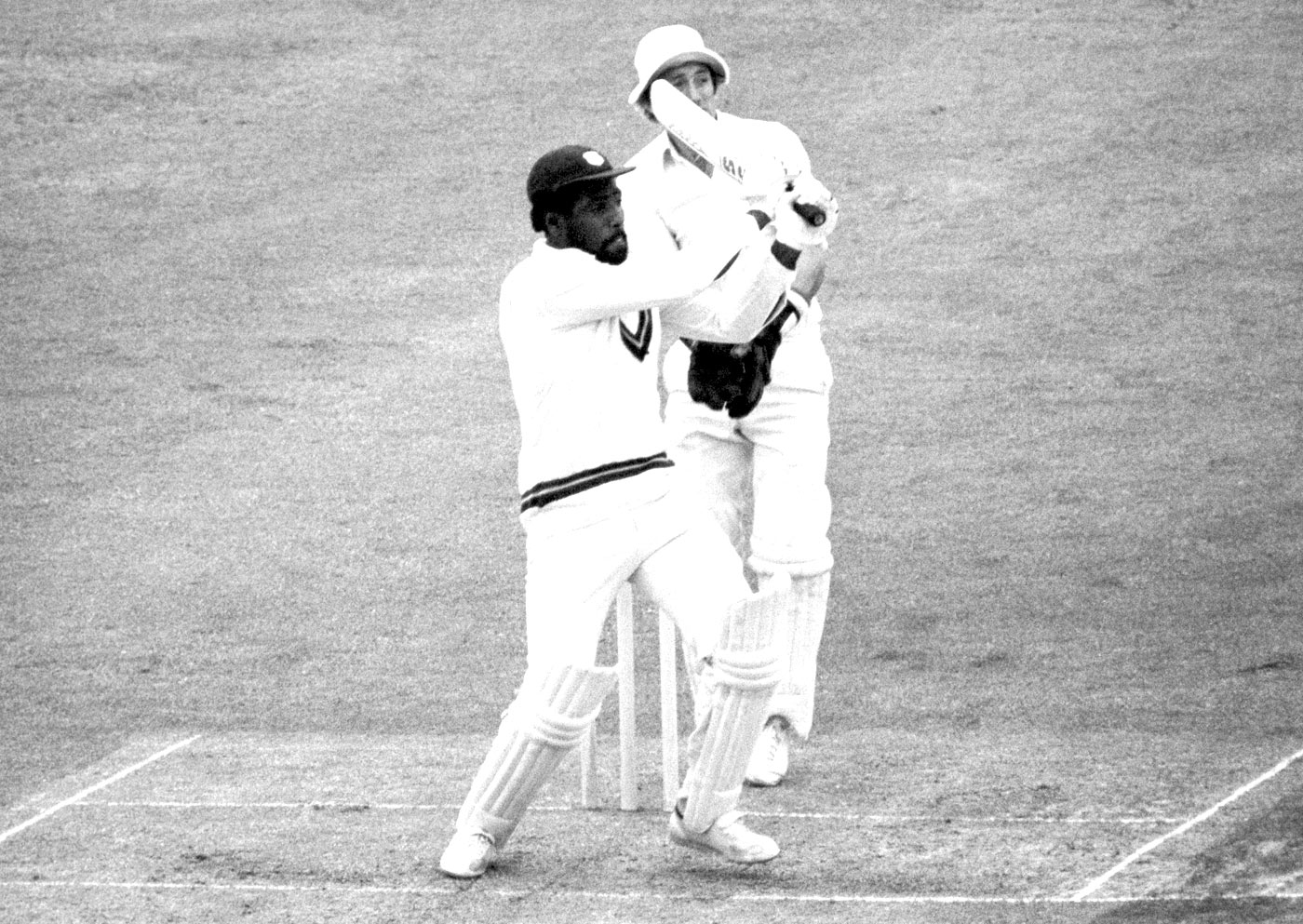 Vinothen John on the
181 (125 balls) v Sri Lanka
Karachi, World Cup, 1987
You could not contain Richards. He was always focused, always alert to hit you. What he could do was dominate regardless of the match situation. In 1985, during the Benson & Hedges World Series Cup, we had West Indies in trouble at 92 for 4 in Brisbane. In the company of Clive Lloyd, Richards erased those early losses effortlessly.

In his 181 in Karachi, I thought I had him twice in my final over with slower deliveries: once before he reached his century and again just after. Both times our captain, Duleep Mendis, dropped the catch. As I moved around in the deep I saw Richards thrash our bowlers all around the ground. Mendis kept shuffling the various bowlers but to no avail. I remember Richards hitting back-to-back sixes against Ravi Ratnayeke, both in the exact same spot. I heard the commentators gasp, on the big screen, at such powerful strokeplay.

When Desmond Haynes was out, the score was 227. Richards scored the next 100-odd runs in about 50 balls. He destroyed us. Ashantha de Mel conceded 97 runs in his ten-over spell, the second-highest in World Cup history. This is what Richards could do - demoralise some of the best bowlers. Ashantha used to bowl off a very long run-up but by the end of that match he was bowling off three steps. He was so tired after getting hit - Richards could exhaust you mentally. This was the same bowler who had been second in the list of wicket-takers in the 1983 World Cup. Four years later Richards was treating him as one of the worst. 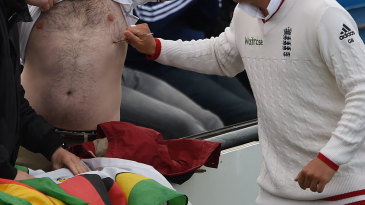