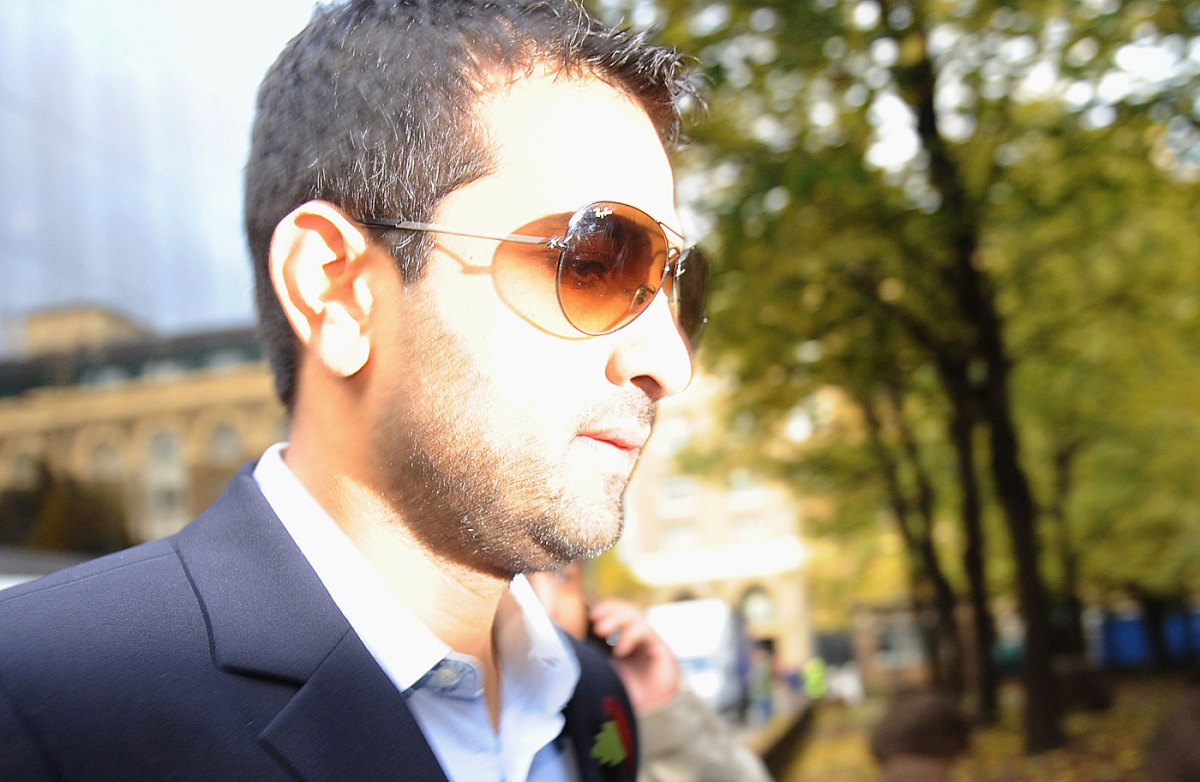 Of the four men sent to prison in 2011, Mazhar Majeed's story was the one nobody heard

Somewhere between the 1000-year-old Arundel Castle and the seaside town of Littlehampton in the genteel Sussex countryside lies Ford Open Prison, occasional home to some of Britain's most notable names. George Best played for the prison football team while incarcerated there in 1984; former Conservative minister Jonathan Aitken, convicted of perjury and perverting the course of justice, is a former inmate, as is Charles Nall-Cain - or Lord Brocket - who served time for a £4.5 million insurance fraud.

Ford's category D prisoners are not deemed a risk to public safety and the laissez-faire regime and comfortable facilities have earned it a reputation as the country's most relaxed prison. Lord Brocket described it as "little different from public school", while Best claimed upon his release: "People talk about it as a holiday camp, but in many respects it is even better."

Through 2012 and part of 2013, one of cricket's more notorious characters joined the long list of Ford's renowned inmates, with a chance to sample its hospitality.

"Hi, sorry I'm late. I just had a few things to do," said Mazhar Majeed, with a firm handshake. He sat down next to me on one of the shabby blue chairs placed around small wooden tables in Ford's visiting area.

After a long pursuit, I had come face to face with the man who sent shock waves through the game in 2010 when he was exposed in an undercover sting by the now defunct News of the World tabloid for orchestrating spot-fixes.

During the three months of delicate negotiations with some of Majeed's close associates, I thought I would be bursting with questions when I met him, ignited by the opportunity to speak directly to the central protagonist in one of cricket's most sensational scandals. My first question, however, was more prosaic. I wanted to know what a prisoner could possibly be doing to delay him by 20 minutes while I had driven 100 miles from London and arrived on time. "I was in the gym and then I had a shower," smirked Majeed. "Then I started watching television and totally forgot that you were coming. Apologies once again."

In November 2011, Justice Cooke sentenced Majeed at Southwark Crown Court for 32 months on two counts - a conspiracy to accept corrupt payments and a conspiracy to cheat at gambling. He stressed, however, that this was "only the tip of the iceberg". Most of us who closely followed the case reached a similar conclusion.

The month-long trial was covered feverishly. Majeed arrived in court each morning dressed in a sharp suit and designer sunglasses, head down as he negotiated his way through the throng of journalists that greeted his presence. The case unfolded before a packed courthouse, each day bringing increasing intrigue and resulting eventually in the convictions of the three Pakistani players on trial with Majeed; Salman Butt was sentenced to 30 months, Mohammad Asif to one year, and Mohammad Amir to six months.

As their agent and allegedly the chief architect of the scheme, Majeed received the longest sentence. But nobody got to hear from him. Majeed had pleaded guilty at a hearing in September (though this didn't become public until November), which meant he did not have to give evidence at the Southwark trial.

Behind the courtroom scenes and media scrums another drama was being played out: the race to secure an exclusive interview with Majeed. Journalists discreetly approached his friends and relatives with offers of money; others handed visiting cards or scribbled notes to him via third parties. Some turned up directly at his south London residence. Majeed had become, briefly, the hottest property in cricket. I got to Majeed through an old friend whose family is well established within the British Pakistani community. My contact vouched for me, mediating between myself and some of Majeed's relatives. I made my intentions clear from the outset. Majeed's story needed to be told, not in a lengthy newspaper or magazine article but in a book that detailed the full extent of the fixing and what motivated him to do what he did; a first-person narrative chronicling Majeed the man and Majeed the fixer. I eventually received a phone call from a relative of the relative. He had agreed to see me.

That first meeting in March 2012, four months after his imprisonment, was awkward. Initially we spoke about everything except the case and fixing. He was incredibly guarded, gave little away and met many of my questions with frosty silences. The ice finally broke when I told him my mother hailed from Lyallpur (now Faisalabad). Majeed broke into a warm smile, telling me it is where his family comes from. He opened up about the impact his imprisonment was having on his family and how he was missing them.

I had finally connected. As the prison guard came round announcing we had ten more minutes, I laid my cards on the table. The book, I told Majeed, would blow the lid off the murky world of match-fixing. It was a story cricket and the world needed to hear.

"See you in two weeks," he said as I got up, shaking his hand again. "And next time, can you bring some change so that you can at least buy me a cup of tea and a chocolate?"

Our relationship developed at a snail's pace and my regular 200-mile round trips through 2012 often yielded very little. He came across as a shrewd, highly suspicious and secretive man. But I got the sense this had nothing to do with his imprisonment or being involved in the match-fixing case.

"See you in two weeks," he said. "And next time, can you bring some change so that you can at least buy me a cup of tea and a chocolate?"

Majeed was a successful businessman who enjoyed a millionaire's lifestyle. He did not come from a privileged background and he wasn't shy talking about his humble beginnings in Croydon, in south London. What motivated him in life, he would often say, was "success and money", and one of his favourite phrases was "I love to close a deal." His role models were Bill Gates and Lalit Modi and throughout our conversations he dropped names and tales of famous people he had met and high-profile parties he had attended. In the midst of these soliloquies the information I sought seeped out in dribs and drabs.

The first time he had come across men who could arrange for matches to be fixed was at a five-star hotel in Dubai, where he was offered $100,000 to "work with them". Majeed told me the names of seven players in the Pakistan squad who were involved in his match-fixing ring, the same names he unwittingly revealed in the News of the World sting. What came as a shock was the other international players and administrators who were linked to the Indian fixing syndicate he was affiliated to - names that hadn't surfaced before.

Majeed had an almost encyclopaedic memory of matches he claimed he had helped fix. An ODI where he remembered the run rate during the first ten-over bracket and the batsmen at the crease; a Test where two wides were bowled in the morning session within the space of five overs and the bowlers who delivered them; the outcome of a T20 and the losing margin. He insisted that I check the records, which I always did and he was always right. He could even recall what the weather was like for these games, where he was sitting in the stadium, and what he had had to eat.

Majeed insisted I sign a non-disclosure agreement so that the full details of these games could only ever come to light in the book. I still cannot reveal which games they were, though I can say that there were at least ten matches over a two-year period, which included Tests, ODIs, T20s and even friendlies. Like a well-drilled batsman protecting his wicket, Majeed was safeguarding his most valuable asset.

Having secured an agent for the book, I gathered enough material to write a proposal to prospective publishers. One of my biggest problems was that despite regular meetings with Majeed, I struggled to warm to him or empathise with him. There were brief moments when he let his vulnerability show, especially when he talked about his children or his father's struggles as an immigrant in the 1970s. But he mostly had the outer coating of an armadillo and was prone to self-aggrandisement. He loved telling me, for example, how he held the Pakistani players he represented "in the palm of his hand" to the point that he would order them to move out of their hotel rooms so he could have their bed for the night; how he would get them to run errands for him; and how senior Pakistani administrators sucked up to him. 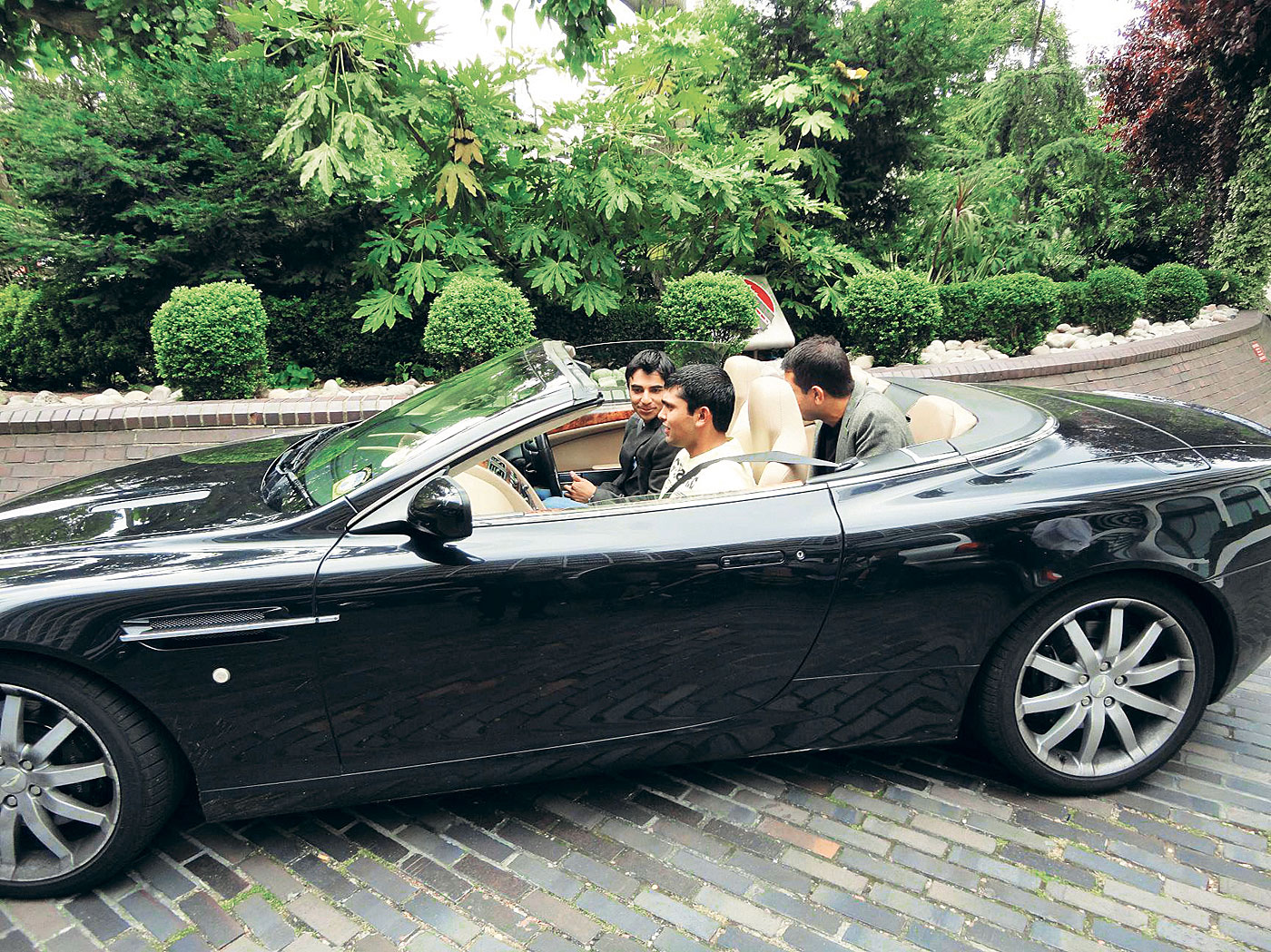 But despite these encounters, I didn't feel I was truly getting to know Majeed the man. His inflated sense of self always got in the way. I did get a good glimpse into what motivated him, because ultimately everything came down to the bottom line. One of the biggest challenges was dealing with his expectations. "I've heard Yuvraj Singh got $100,000 for his book," Majeed told me at the start of one of our meetings. "Mine should be worth as much as this, if not more."

By now I felt comfortable enough to be frank. "Yuvraj has won the World Cup for his country, fought cancer. His is an inspiring, heroic story. You have been convicted of match-fixing. How can you even compare yourself with him?" The rest of that meeting did not go well.

What surprised me was the response from the publishing community. The respected literary agent I had signed with told me there was a reluctance to do "business" with Majeed, even though many publishers he approached were avid cricket fans and were intrigued by the case. I couldn't understand this reluctance. After all, more notable and notorious figures - lords, politicians and gangsters - have written about their time in prisons. Regardless of whether you liked the man, he still had a sensational story to tell. But like me, I think publishers also sensed a potential struggle to empathise with Majeed, because money appeared to be his sole motivating factor. Maybe race also played a part. In England, fixing is still seen as an Asian problem, something that has spoiled the "gentleman's game".

Majeed was released in January 2013 and four months later only one modest offer had been made for the book. I continued to interview him at one of the cafés he owns - known for its desserts - but his enthusiasm for the project steadily waned in the absence of further offers. He wasn't willing to share secrets. He was reluctant to return calls and when we did meet, the conversation was usually dominated by the latest ice-cream flavour he was selling or plans for expanding his business.

Colleagues and friends had continually warned me that my attempts would be a wasted effort. But any journalist would have pursued Majeed's story. It may have cost time and money, particularly those long trips to Ford, but it was a chance worth taking. The last time I saw Majeed, in July 2013, he gave me an extra-hot, frothy coffee and a Knickerbocker Glory sundae - I had no idea what it was. As we shook hands at the end, he also appeared disappointed at my failure to "close the deal".

I never heard from him again. 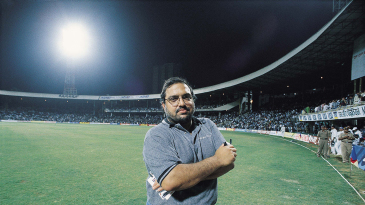 Talent spotter, brand manager, publicist, PA, troubleshooter, friend, guide - it's all in a day's work for the player agent 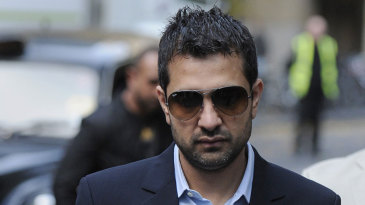 'I blame myself for bringing Mazhar to cricket'

An exclusive interview with Azhar Majeed, the brother of the convicted agent, Mazhar 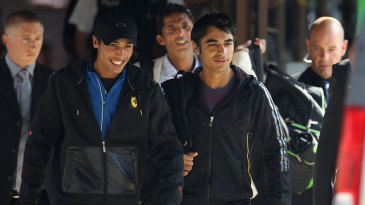 Cricketers and other sports heroes build their careers on reputations. Why do many of them risk throwing it all away?