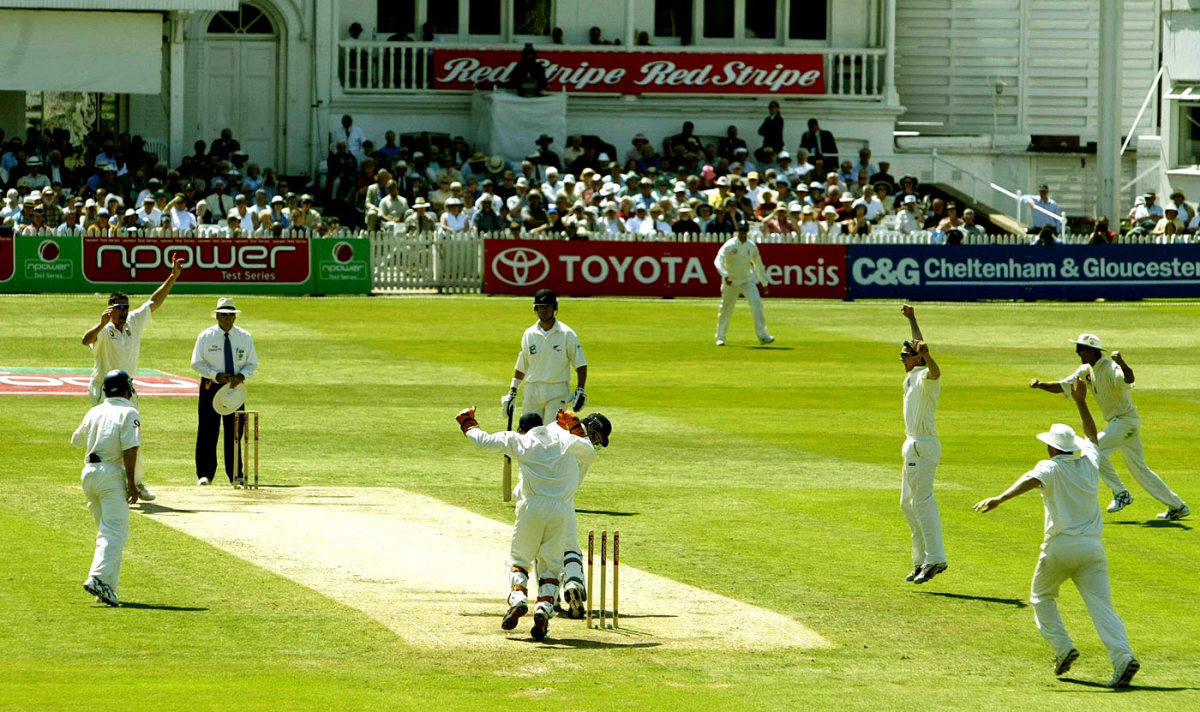 Cairns b Giles: pitch leg, hit off, and Bob's your uncle

Just when Ashley Giles seemed finished, he began to put his thoughts down on paper and turned his game around

Before Christmas in 2003, I had actually bowled well in Sri Lanka. Then we went to the West Indies. My tonsils had been taken out and it took a toll on me. In the Caribbean I didn't bowl a lot, I didn't get wickets, and I felt like I wasn't making a massive contribution. The media started talking about my place in the side. We won that series 3-0 but I felt deflated.

Going into that summer, the first Test against New Zealand was a nightmare. I didn't bowl very well. The second Test, at Headingley, was similar. We won both, but at Headingley I left the ground before the celebrations. I was that disappointed with my own game. At that point I spoke to my wife about whether there was any point in continuing.

I left the ground before the celebrations. I was that disappointed with my own game. I spoke to my wife about whether there was any point in continuing

Before the third Test I had a last gamble. I grabbed our sports psychologist, Steve Bull, who was like a friend, and we went for coffee. Clearly my mind was not wired the way it should have been, because I was listening to the media and the criticism from the crowd. I felt like I wasn't playing the game, that I was being pushed around. So Bully said, "Let's look at what you've done well for the team." I'd had some good performances. I'd done well in the subcontinent, in England, and I was a good team man. I could get some runs, and I could catch. I had forgotten all that.

Bully suggested I do a diary. Write down where you are and how you feel and do it daily - and make sure it's positive. So the day before the game I went and got a diary. Started it that afternoon, and already the next day I started feeling different. I was focused more on being in the game, bowling at the opposition, and worried about my field. That match went really well. I got six wickets and wasn't dismissed in making 36 and 45. I put on 70 in 13 overs with Graham Thorpe as we knocked off the winnings runs. Off to a flier: Giles celebrates one of his four wickets in the first innings against West Indies at Edgbaston later in 2004 © Getty Images

Suddenly I felt more confident. In the first innings, when the wicket didn't spin a lot at Trent Bridge, I said, "All right, let's contain." In the second I got the big wicket of Chris Cairns: I bowled over the wicket and it pitched on leg stump and hit the top of off. It wasn't the defensive Sachin line [outside leg]. It was an attacking line, one of those wickets that you just love.

I then had my best summer in Test cricket. In the next Test, at Lord's against West Indies, I took nine wickets. In the second innings I got a five-for and the Man of the Match, including my 100th Test wicket, which was Brian Lara. I got him coming down the wicket, bowled him middle stump through the gate. It was perfect to get the best player in the world as my 100th. Then we moved on to my home ground - Edgbaston - where I did it again. I got four in the first innings and five in the second, including Lara again, Chris Gayle and Shivnarine Chanderpaul.

That summer just brought me back to life. The turning point was that meeting - that coffee with Bull and that Trent Bridge Test. I started to believe in myself much more. I consistently used the performance diary after that and kept referring back to it. I never let anyone look at it. A year later we won the Ashes. I was the oldest member of that side. I'm convinced if I hadn't made those changes in 2004 I wouldn't even have been there.

Ashley Giles played 54 Tests and 62 ODIs for England between 1997 and 2006. He was speaking to Nishi Narayanan 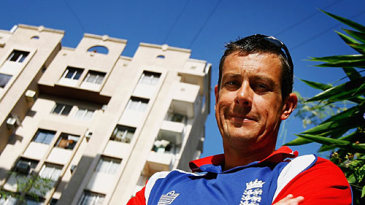 Left-arm spinners around the county circuit are increasingly copying the Giles way, but they may have to wait a while to replace him The England selectors, once famous for trying players and hurriedly discarding them, no longer dispense with th