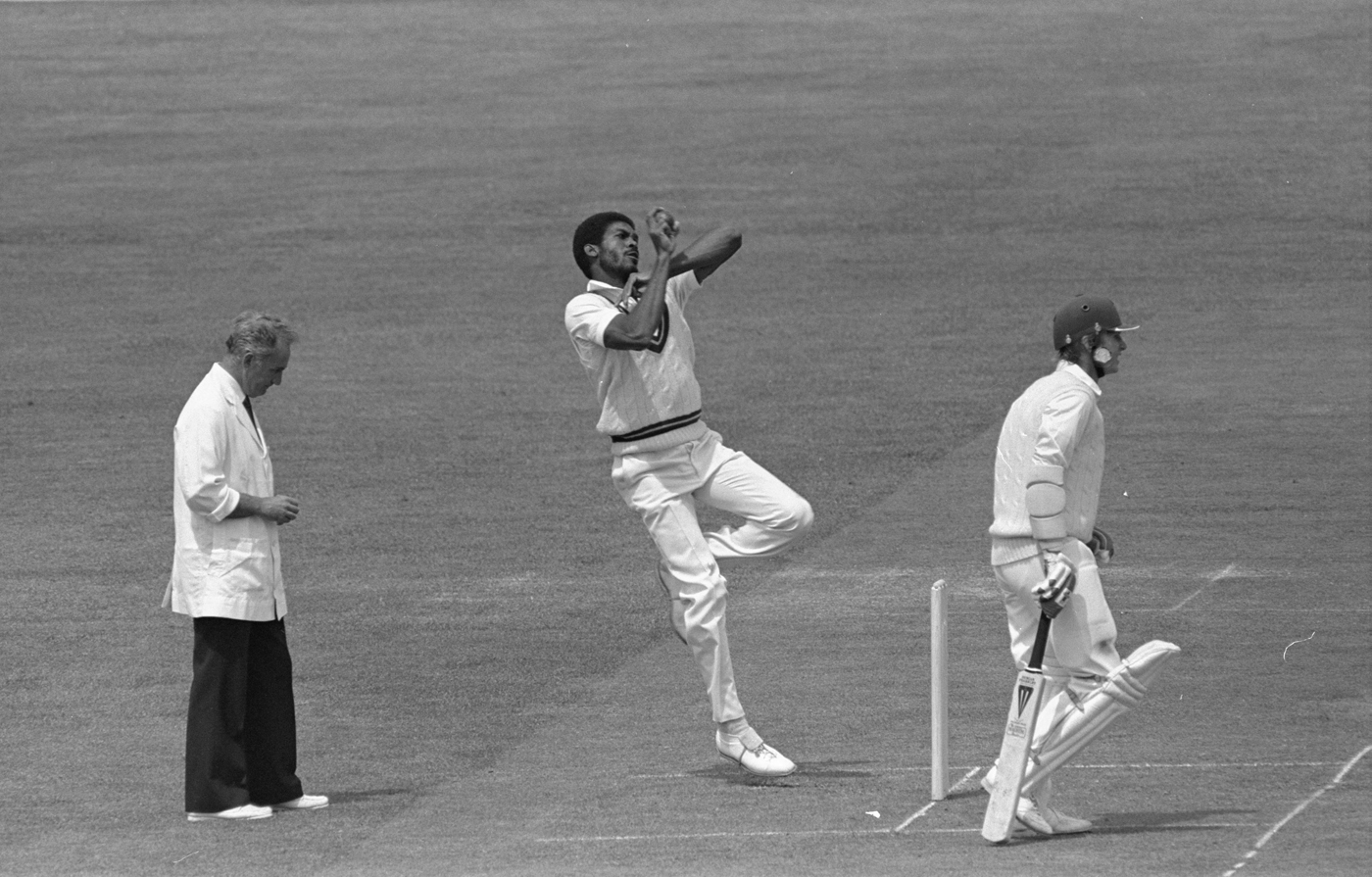 Wasim Akram
In a country as obsessed with fast bowling as Pakistan, you can come across imitations of just about every famous pacer in the gullies and maidans. But you'd struggle to find an Akram clone, simply because no one else can really be an effective fast bowler - let alone the lord of deceptive devastation - with that compact, no-frills action off a shuffling, short run.

Akram was enchanting but his action was an integral part of the magic. It was one thing to see the ball reveal itself as poetry once it left his hand, quite another to fathom how such a basic action produced such elaborate trickery.

It was like the performance of a jazz maestro - at once simple, forever effortless, it would produce music that was infinitely layered and complex. The crowning glory, and the action's only concession to menace, was the look on his face as he brought the ball to his eyes, aligning it with his target. Even there, though, an element of deception was inherent - few could match the ease with which Akram changed his action to hide the shine of a reversing ball.

Michael Holding
The only bowler on this list I never saw live. I read about him long before I saw him bowl, and a part of me was convinced that nothing I would see could match the evocativeness of the nickname Whispering Death.

For one, despite his calm, almost stern, demeanour, the way Holding ran in captured a joy glimpsed only in young children, who can run without needing a reason, who can run for the sake of running itself. His head thrown back slightly, his body would flow into a rhythm, the flow of mercury; a sense of absolute motion captured within the otherwise limited human frame. In terms of delivery, you could argue there were smoother actions. But with Holding, the action was never the end but another form his viscous body would take. It still amazes me how terrifying the resulting deliveries would be - the terror they evoked was an antithesis to the celebration of human form that led up to it.

Dale Steyn
As a spectator, the run-up is my favourite part of fast bowling - it creates a rare mix of drama and frenzy. In terms of sheer visceral pleasure, no one matches the effect Shoaib Akhtar's run-up had, but his replacement on this list comes pretty close.

Steyn is visually the most exciting fast bowler in the world today, and his run-up plays a large part in it. Unlike bowlers from Australia, and particularly others from South Africa, Steyn's run-up is animalistic rather than mechanical. Bowlers like Mitchell Johnson or Brett Lee often feel like pistons in a steam engine, but Steyn's run-up mimics a predator in the wild. When he gathers to deliver, his athleticism becomes more scientific, save for his bowling hand, which becomes a marvel of lithe elasticity, snapping like a catapult at the moment of release.

Yet despite the violence of this moment and Steyn's demeanour, the entire spectacle is extremely eloquent: pure emotion distilled with a divine grace.

Curtly Ambrose
Fast bowling is intimidation, but in the world we live in, it is difficult to appreciate the nobility in a violent act. Intimidation comes across as bullying. Yet intimidation can also be the expression of an earned superiority, and there are few permutations of the human body that conveyed better the glower of Curtly Ambrose than the shake of the fist as he bowled. Divorced from the context of the game, it looked like someone winding up to land a punch, an act of gathering strength, before delivering it with great purpose. Think of Samuel L Jackson's Jules Winnfield in Pulp Fiction quoting that passage from the Bible (also a meditation on violence and righteousness) and how the quote ends with him hectoring, "And you will know I am the Lord when I lay My vengeance upon you."

The entire effect of Jackson's character in that scene is an extended version of what Ambrose's forearm felt like. When I first saw it as a little boy, it was the most terrifying and wondrous thing I had ever seen, and I'm sure many batsmen felt the same.

Mohammad Asif
The only reason Asif is on this list is because of technology. The peak of his curtailed career coincided with a particular broadcasting trend - the use of super-slow-motion cameras. Without them, Asif might have been viewed as a very different bowler. With those cameras, though, his action could be dissected to a point where it seemed to say something about the person himself. 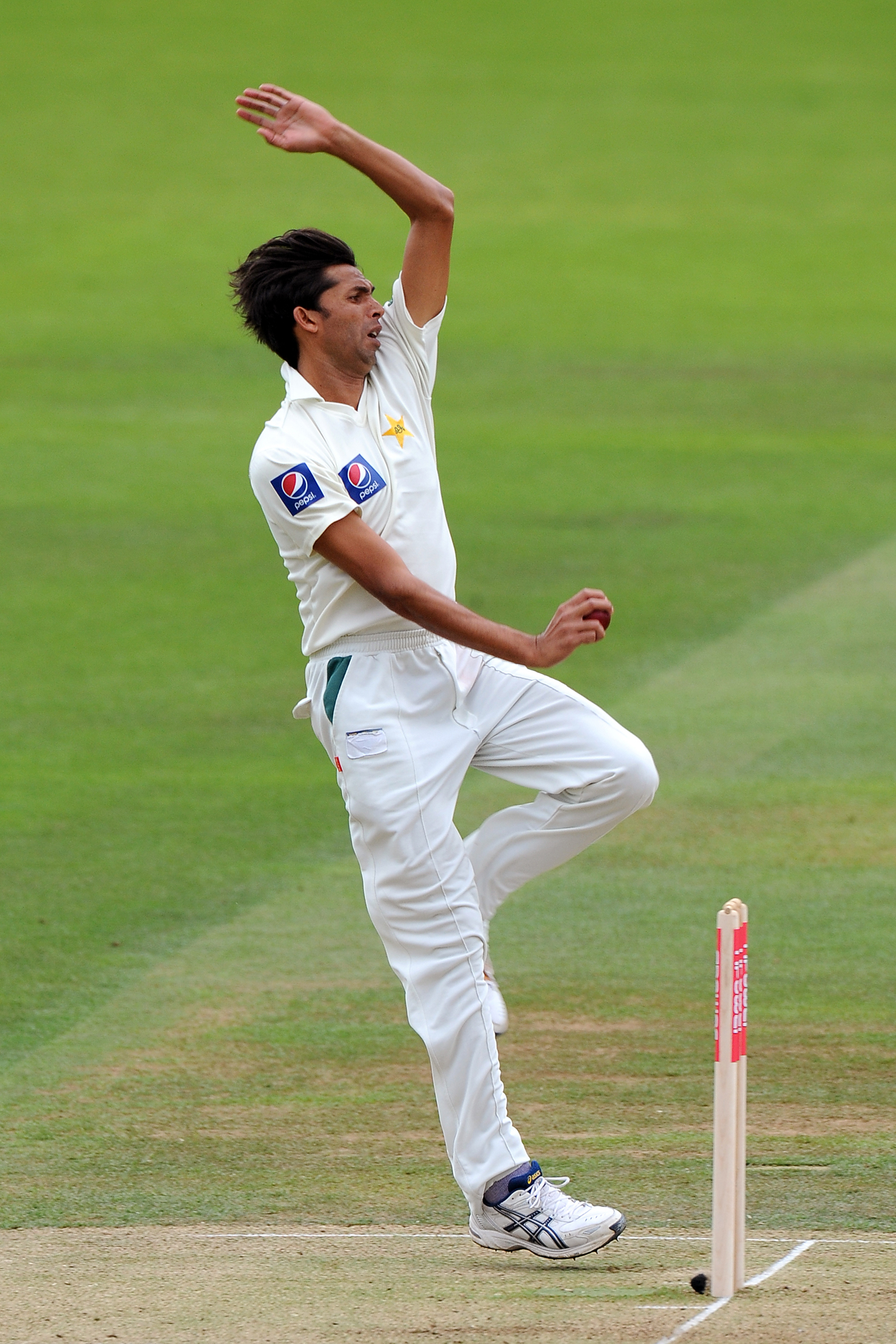 In an unremarkable run-up, he carried the ball as if it were made of wet clay and holding it tighter would ruin it. When he delivered, it wasn't particularly aesthetic, but a slow-mo would reveal something significant - the seam would come out wobbling like a dancer in an especially gratuitous music video.

Up close and super-slow, he had a wickedly laconic quality. When you saw the deception of his deliveries, it changed how you viewed him. Now that ambling run-up felt like a ploy to lull the batsman into a sense of false security. The action no longer felt uninspired but full of tiny, imperceptible movements, like conspiracies. The wrist, where the final magic was generated, was the most mysterious, offering clues that were all red herrings.

With Asif, that extreme level of detail was needed to appreciate what he had done, but no one could come close to deciphering it. All you could conclude was that there was a lot more to him than met the eye.

Ahmer Naqvi is a journalist, writer and teacher. He writes on cricket for various publications, and co-hosts the online cricket show Pace is Pace Yaar. @karachikhatmal 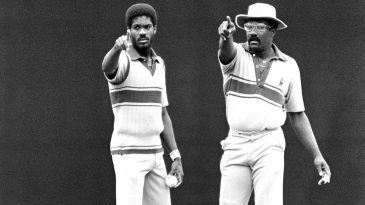 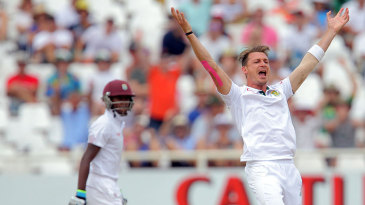 The quick and the deadly

Their physical make-up and bowling actions might be different but when it comes to taking wickets and making batsmen quake, Steyn and Morkel seem identical 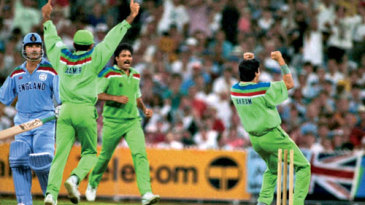 The wonder that was Waz

Despite struggling against injury and illness for much of his career,Akram went on to bring about a seminal change in the way cricket was played