The joys, and complexities, of cricket commentary in Xhosa

"They've already got a man under the nose and now they are putting another one close in to hold the tail of the one who hits. The one who throws is convinced he can get a catch here and the one who wears gloves agrees. He is moving the guys who can collect it off the tip a step forward."

That is the literal English translation of cricket commentary rendered in Xhosa, and is meant to convey this:

"They've already got a silly point and now they are putting in a short leg. The bowler is convinced he can get a catch here and the wicketkeeper agrees. He is moving the slips a step forward."

"If you think about the position that a silly point stands in, he is just there, right underneath the batsman's eyes, right under his nose. And slips, if you think of when we play cricket in the backyard, we just tip and run, that's kind of where the slip stands, to collect that. And then short leg, if you think of where he is and if he just stuck a hand out, what would he be holding?" Peter Bacela, a former national selector and commentator, is far too polite to say "backside". He prefers to call it tail in a way that your grandfather would approve of.

In fact, your grandfather would approve of Bacela entirely. He is every bit the refined English gentleman, except, of course, he isn't English. As a former schoolteacher, he speaks clearly and crisply. His voice carries the warmth of a fireplace, around which he has probably told many tales. Stories are his oxygen: the more he tells, the brighter the fire glows. Well into his 70s now, Bacela is as amenable to listening as to talking, a trait that led to him inventing cricket terms in Xhosa.

One of South Africa's 11 official languages, Xhosa is distinguishable by its consonants, which, when strung together, can sound like the clicking of a ballpoint pen. So much so that Bic, the pen manufacturer, used legendary Xhosa songstress Miriam Makeba's version of the traditional "click" song, "Qongqothwane", in an advertising campaign.

Xhosa is spoken by about eight million people, mostly in the Eastern Cape, the second largest province in South Africa and the heartland of black African cricket. The region is best known for its two main cities, Port Elizabeth and East London, but also includes two former homelands (administrative areas created by the apartheid government where black Africans were sent to live), and a multitude of rural settlements scattered across rolling hills and farmland. Cricket arrived in the 19th century when missionaries set up schools. The children took the game to their villages, setting up ad hoc tournaments, and infused the colonial game with their own culture. One of the competitions culminated with the slaughter of a sheep - a custom reserved for auspicious occasions - with both the victors and the vanquished sharing the meat.

When the conversation turned to cricket, a lot of it was in a language people did not speak. The [English] terms the children had learnt ̶ batsmen, bowlers, overs, wicket, runs and fielding positions ̶ were simply inserted into Xhosa sentences. Occasionally some of the cricketing terminology was prefixed with "I" (pronounced as the "I" is in "India") to give them an African accent. People would say "i-batsman", "i-bowler", "i-over", but the actual cricket term was never translated.

"For those people who didn't know cricket, it was very difficult to understand and follow the game," Bacela said. And it remained that way during his playing days, as a fiery fast bowler from the village of King Williams Town who played for the South African (African) Cricket Board XI, on a tour to Rhodesia in 1975. (It was the first mixed-race side to tour outside South Africa since 1958.)

By then Bacela was already doing what he was born to do. He started commentary in 1972, relaying details of the whites-only competition, the Currie Cup, to a Xhosa-speaking audience.

Bacela had to put up with the apartheid state's bizarre "separate but equal" policies, under which sport could be watched and reported on by all races, but separately. Black Africans had to sit in specially demarcated areas, usually in the least attractive parts of the stadiums. The same applied to those, like Bacela, reporting on the game.

Instead of becoming frustrated ̶ no air-conditioned press room, no lunch with the rest of the press corps, no post-match interviews ̶ Bacela put his mind to serving his audience. "I wanted to paint a picture, because I wanted people who were not able to watch cricket to understand what I was saying." 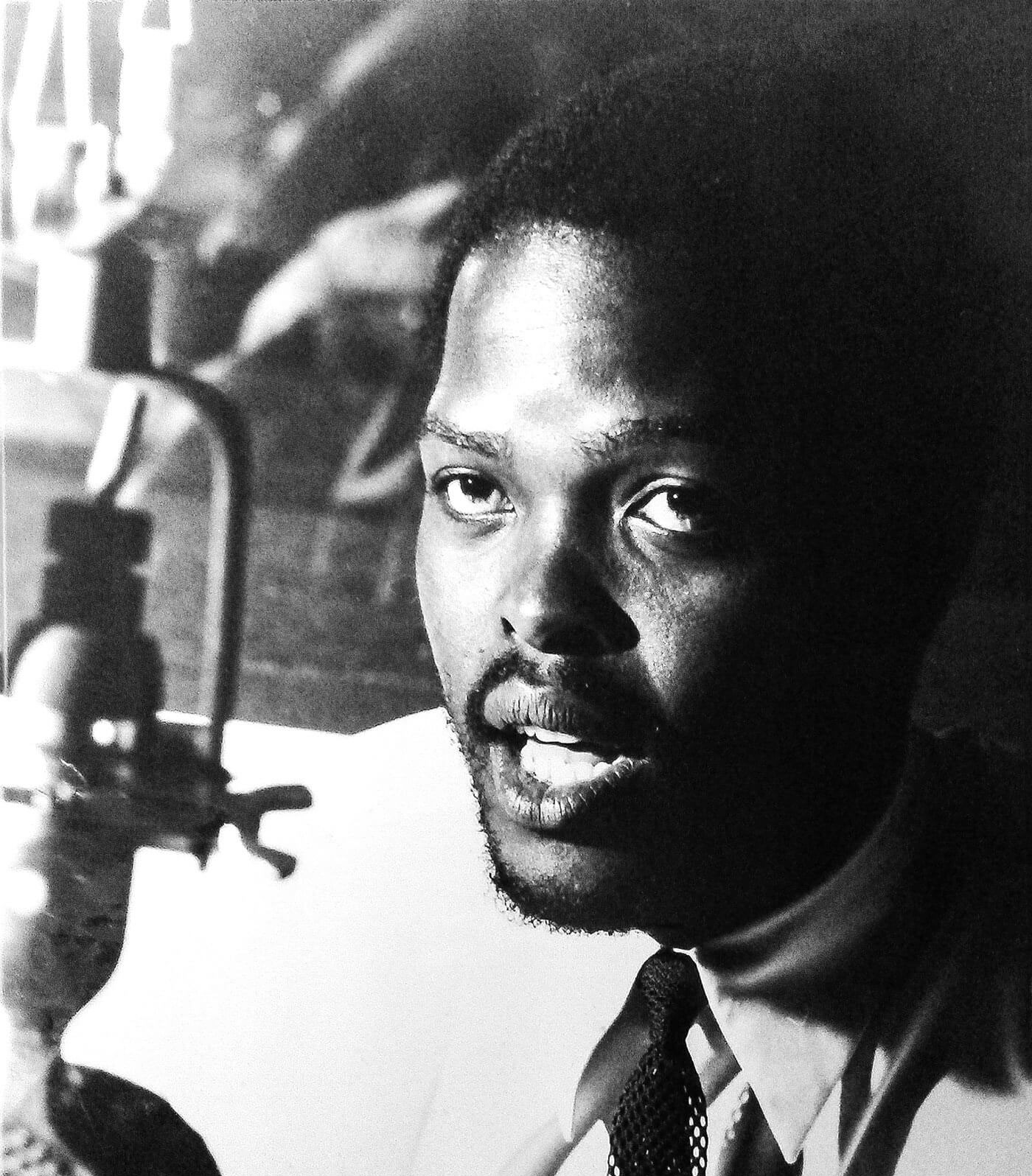 Peter Bacela, the doyen of Xhosa commentary, on the job circa 1978 © Peter Bacela

He did not merely Africanise the English words used in cricket. He broke down events on a field and created phrases that people could associate them with. So, "the one who hits the ball" is a batsman. "The one who throws the ball down" is a bowler. "The one who wears gloves" is a wicketkeeper. Bacela described a boundary as "the four legs of a cow running away" and a six as a ball being hit "right into heaven". Fielding positions were trickier, but Bacela drew on geometry. Fine leg is "a person standing at a 30-degree angle away from the one who hits the ball and on the edge of the playing field"; long-on and long-off are men who stand "far away down the field" from the one who hits the ball. Slowly, over Bacela's 43-year career, those phrases became part of Xhosa vocabulary and cricket's audience grew.

The wireless remains a primary source of information in rural South Africa and many rely on radio commentary to follow sport.

Every season there are rigorous debates about the English-language commentary service on Radio 2000, whose owners, the South African Broadcasting Corporation (SABC), a public broadcaster, leave it late to secure rights. In some seasons there has been a day or two without live commentary, always to public outcry. Umhlobo Wenene broadcasts in Xhosa and although they do not cover cricket ball by ball, they provide regular updates live from the ground for home internationals.

They have a small team, all trained under Bacela. The newest member, Sixolele Sotyelelwa, a fluent Xhosa and English speaker, talks about Bacela like a godfather. "Peter taught me everything I know about commentary, from the terms to the style of speaking, because both are very important," Sotyelelwa said.

Sotyelelwa, in his late 20s, is part of a demographic born after the fall of apartheid, the born-free generation. Many in this age group have gained a reputation for prioritising modern, mostly American-inspired trends ahead of traditional practices. But thanks to Bacela, Sotyelelwa has remained not only respectful of his own language and culture but is also interested in its place in the 21st century.

"The most important thing about commentating in Xhosa is that, unlike English, you do not want to be comical because you don't want to confuse people," he said. "We have to remember that we are introducing some people to a language so we are trying to educate them. If you joke around too much, you will lose them." 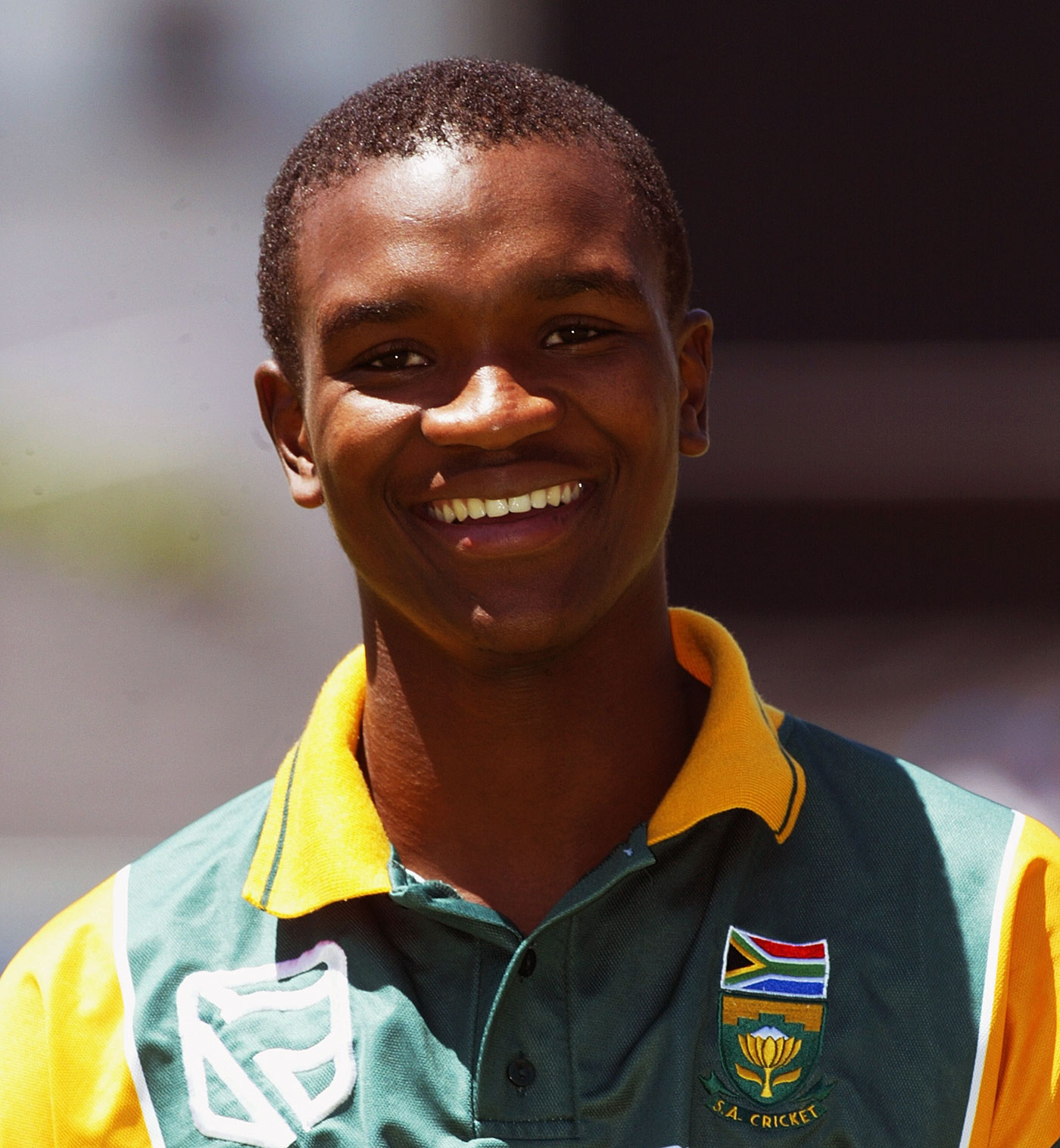 There is no better practitioner than Bacela. On air, his slow, deliberate speech with immaculate pronunciation has become his signature style. Through changes in pace, pitch and tone he captures a situation. When he quickens up a little, for instance, the action is hotting up. When he starts to raise his voice - always gradually, like climbing stairs, the lilt raised with every step, the tension is palpable. And when he stretches out words so that they sound like a string of sounds rather than recognisable syllables, then something dramatic has happened.

In 2013, four decades after he began commentating, Bacela led the first Xhosa-television commentary team on SuperSport, during South Africa's domestic T20 competition. The commentary team was made up of those he mentored and two former cricketers from the region, Meyrick Pringle, who is white but grew up speaking Xhosa, and Monde Zondeki. Both had been influenced by Bacela's ingenious cricket vocabulary.

In the 2014-15 season, Cricket South Africa hired Sotyelelwa to translate the content on their website into Xhosa. He accepted, though he knew it would be much more challenging than radio commentary.

"When you are speaking Xhosa, you can still get away with using the odd English word but when you are writing you can't. So it was really difficult for me, even though I am a Xhosa speaker and I read and write in Xhosa. It takes me a really long time to do the translation because there are a lot of words I have to look up."

Translating summaries of a day's play and news releases require him to use words that do not come up in regular conversation, words like "CEO", "board", "committee", "sponsors", "selection" and so on.

A dictionary is Sotyelelwa's first source, but more help is at hand if he needs to check the context he is using a word in. "I ring my dad a lot."

"The most important thing about commentating in Xhosa is that, unlike English, you do not want to be comical because you don't want to confuse people" Sixolele Sotyelelwa

That speaks about the major problem of the project. The kind of language he is using to write releases is not the same as the language spoken by those reading it. Sotyelelwa picked that up early on. "Quite a few of my friends who tried to read those releases come back to me and say they gave up halfway through because they couldn't understand the words."

Rather than be deterred, Sotyelelwa considered the online audience. "If you think about the people who are looking for cricket-related news online, they are people who have access to the internet, usually on the fringes of the middle class and so will probably have a decent command of English. The Xhosa they know is the spoken word and it's probably quite colloquial."

People who want to consume cricket in Xhosa alone likely lack access to the internet. They rely on newspapers, where coverage is limited. The biggest Xhosa-language paper in the country, Imvo, has not survived but Isolezwe, the Zulu-language paper, does and Xhosa speakers understand Zulu.

If cricket is covered there, it can reach a large section of this population. "It's about engaging people who only speak in that language and then bringing them closer to the game," Sotyelelwa said.

Bacela and Sotyelelwa are considering putting together a dictionary of cricket terms in Xhosa but are hesitant because the language is not complete. "We are still looking for new words, still developing the language," Bacela said. For instance, they have yet to come up with a term for Powerplay.

But they both recognise the value of documenting what they have now. "It may happen that Xhosa-speaking people, who also speak English and have a relationship with cricket in English, can be drawn to Xhosa commentary and eventually Xhosa text.

"That's what I've done and I find I am so comfortable in Xhosa commentary now because it is my mother tongue," Sotyelelwa said. "And Xhosa is a beautiful language." 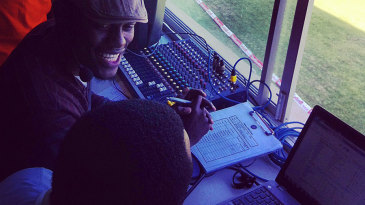 Introducing: Commentary in Shona and Ndebele

As the clock ticks past 3pm, Jeff Murimbechi and Godfrey 'Chief' Koti take their seats in front of the room's large open window and put on their head sets. In a matter of seconds, they'll be broadcasting live radio cricket commentary in Shona and Ndebele 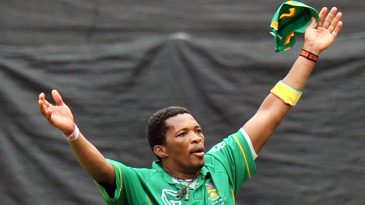 From tending his grandfather's cattle to becoming a role model for a nation coming to grips with its past, Makhaya Ntini has gone the distance and then some 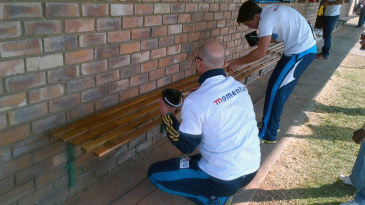 From township to centre stage

For two decades Mamelodi Cricket Club has worked hard to bring sport and opportunities to its neighbourhood. Now it's getting to bask in the spotlight