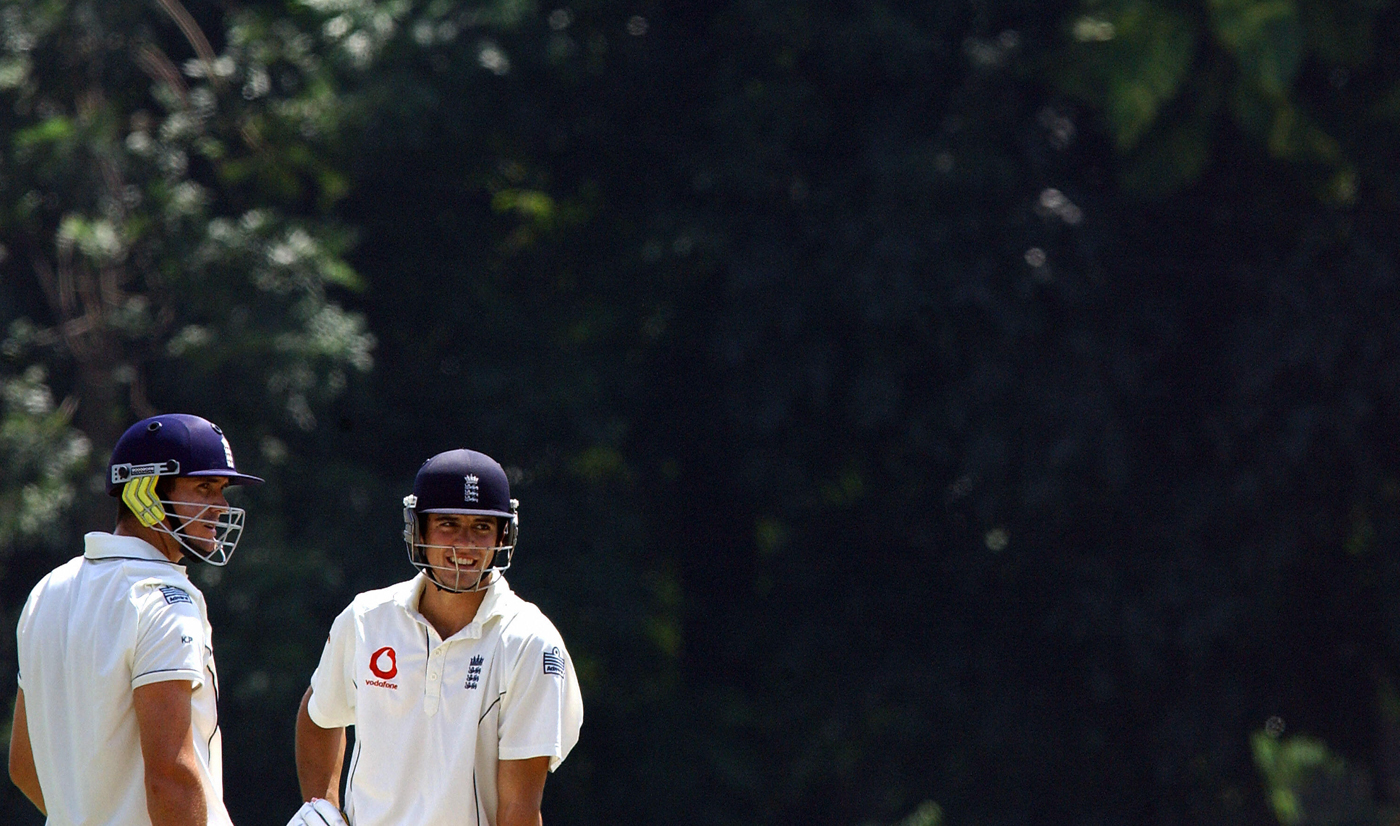 Which one would you rather watch? And does that make that batsman better?

All things being equal, you would sooner watch a century from Brian Lara than from Geoffrey Boycott. You'd sooner watch a session of Kevin Pietersen in his pomp than Alastair Cook in his. And maybe Virender Sehwag in preference to Rahul Dravid.

I'm not talking about cheating, or sportsmanship, gamesmanship, sledging, good manners and common decency. I'm asking this: is a cricketer who plays with flair, freedom and beauty better - at a moral level - than one who relies on application and hard work?

I came on the question when reading a book about tennis. William Skidelsky's recently published Federer and Me: A Story of Obsession is an odd book in many ways. But it asks some intriguing questions about the way we engage with sport and with sport's more heroic performers.

He talks about the experience of watching Roger Federer in defeat: "Our trauma is not mainly, or only, caused by the fact that we feel sorry for him; it is more to do with our sense that some fundamental wrong, some injustice, has been perpetrated." He quotes Nick Paumgarten writing in the New Yorker: "The point is that to root for Federer is to root for a Platonic ideal. It's like rooting for the truth."

The English have a long tradition of distrusting genius - at least when a genius is playing for England. It's as if that's somehow cheating

Earlier in the book, Skidelsky writes of the rivalry between Rafael Nadal and Federer: "...whenever Federer and Nadal play, so much seems to be at stake. Pundits invariably focus on the question of who will go down as the better player, but in a way that is less important - and less interesting - than the question of which player is ethically superior. Whose attributes are more admirable? Who has the strongest [sic] claim on our regard?"

Skidelsky sees Nadal as the ultimate tennis artisan: all sweat and effort and ostentatious running. He sees Nadal as a manufactured player, one of comparatively limited talent backed up by a phenomenal taste for hard work. What he lacks in natural talent he makes up for in bloody-mindedness.

Federer, by contrast, is "an aristocrat": a player who was born with immense talents and who dedicated his life to their expression. Federer stresses skill, imagination, vision, wit, style, panache. He is beautiful where Nadal is ugly. Skidelsky explores the possibility that this difference is not just one of style and approach, but one that asks moral questions of what sport is about and how it should be played.

There is, he implies, a moral difference between Federer's forehand and Nadal's forehand.

The traditional English response to this is that yes, there is indeed a moral difference - and it is Nadal we should look to as a moral example, not Federer. The English have a long tradition of distrusting genius - at least when a genius is playing for England. It's as if that's somehow cheating.

This eternal truth of English sporting life was summed up in David Gower, who was one of the most talented shot-makers English cricket ever turned up. So they dropped him. People in power felt that Graham Gooch offered a morally superior way of playing cricket. Gooch embodied hard work. His response to any setback was to net for hours. He was all about practice, running and fitness: he was a chaser of marginal gains long before the idea got popular. And he made himself a cricketer of vast achievement and genuine greatness.

So the England team was built in Gooch's image while Gower, still a top-level cricketer, was dropped for England's tour of India in 1992-93. The MCC moved an unprecedented motion of no confidence in the England selectors, but Gower stayed dropped.

Gower had to go because the way he played cricket was considered morally wrong. England was to be built on hard workers, good practisers, team men, limelight-duckers, fitter-inners and good eggs. No geniuses please: they rock the boat. England lost all three Tests in India. And three decades later, they sacked Kevin Pietersen.

Is there a moral obligation to play sport in a manner that entertains? Should a professional try to put on a show? It's an idea that concerns some people but to pursue that line of thinking would be to get sidetracked here.

Sport, in any pure sense of the term, is only incidentally entertaining. It is the task of those taking part to play with sincerity, not to mess about - not unless they're playing for the Harlem Globetrotters. People pay good money to see a struggle for mastery, not show business.

This brings us the phenomenon of reverse talentism: the belief that players with the highest talent are superior in moral as well as sporting terms.

It has to be said that our natural sympathies go to those who play with a bit of swagger. New Zealand became everybody's second favourite cricket team during the last World Cup. They were infinitely more effective than England's retro-style bat-the-overs mentality: but were they more moral? Or just more fun?

Is it more moral to play with an all-out gung-ho attitude? Are those who play cannily, cautiously, within themselves, less worthy? The most dramatic feats of the artist-athletes tend to come at the expense of more restrained players. In other words: no artisans, no artists.

So what are the obligations of a person involved in professional sport? That's simple enough: to be the best you possibly can be without cheating.

So how do you maximise talent? Even geniuses can only do this by working at it. Gower always liked to pretend that he just turned up on the day and hit centuries, but his exceptional hand-eye coordination, his remarkable understanding of the ball's flight, was honed and brought to perfection in hours of practice and play.

If you dedicate 10,000 hours to a skill, as Malcolm Gladwell said, you're going to get a lot better - but you can only maximise the abilities you already possess. With the same amount of practice a person with talent will be a better batsman than a less gifted person. But even if you practise your serve for 10,001 hours, no one knows how it will stand up when you're championship-point down at Wimbledon. 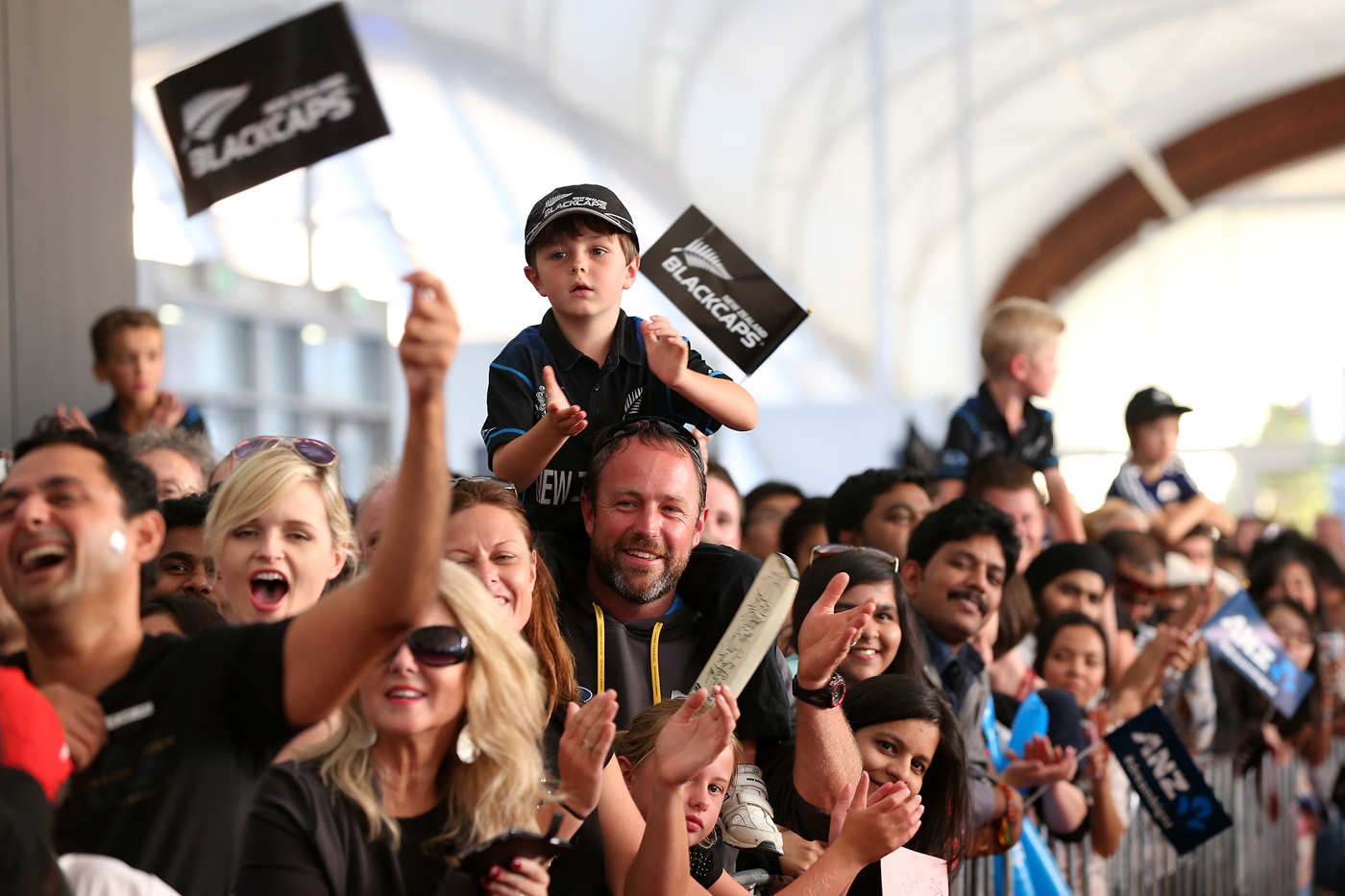 New Zealand were popular favourites during the World Cup. Did that make them more moral? © Getty Images

The notion of the eternal rightness of all the geniuses in the sporting universe is deeply attractive, and perhaps as deeply flawed. When a person of less ball-striking talent but greater will and greater match skills takes on Federer, don't tell him to play to Federer's strengths. It might even be immoral. Tell him to play his usual game of scrupulous meanness and he might have a chance.

What's sport? The boundless biodiversity of humankind expressed in competition. And cricket shows that better than just about any other sport on the planet, or will when the women's side of the game has caught up.

Sometimes the two types work together in an expression of complementary skills. In the Adelaide Test of 2010, Cook and Pietersen put on 175 together, showing that the disciplined player can mesh with the free spirit: England declared on 620 in that innings.

A humdrum performer relies on discipline, a more exceptional player does better by freeing the spirit. To say that one is superior to the other is a kind of racism

People start making moral judgements when things go wrong. In England, that tends to involve condemnation of those with high talent rather than the honest toiler, while Skidelsky condemns the ultimate toiler, Nadal. It's all in Proust: "We become moral as soon as we are unhappy."

So when Federer fails, the Federer fan says, well, we won the moral battle anyway. When the England cricket team suffers trauma, they get rid of the most talented player because of doubts about his moral qualities.

The truth of the matter is that sport and humanity are richer than either approach. Sport is about maximising your talent, whatever that happens to be. A humdrum performer relies on discipline, a more exceptional player does better by freeing the spirit. To say that one is superior to the other is a kind of racism.

Call it talentism: the English disease of preferring hard-working players with limited gifts to the flawed genius. This brings us the phenomenon of reverse talentism: the belief that players with the highest talent are superior in moral as well as sporting terms.

But this issue is not actually about morals. It's about the kind of person you happen to be and the largeness of your mind when it comes to accommodating others kinds of people. That's a principle that lies at the very heart of sport. 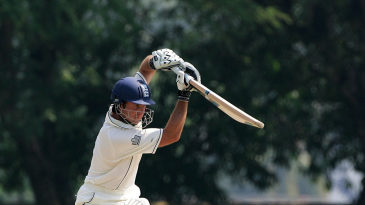 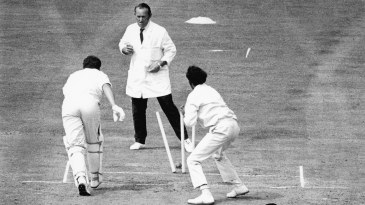 Chandra and Qadir, Gower and Viv - a case for the transformative power of the miniature 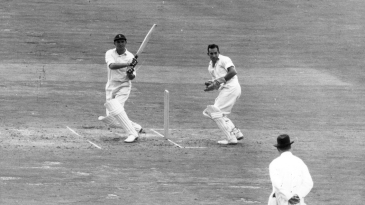