'First-class cricket was a lot tougher when I started' 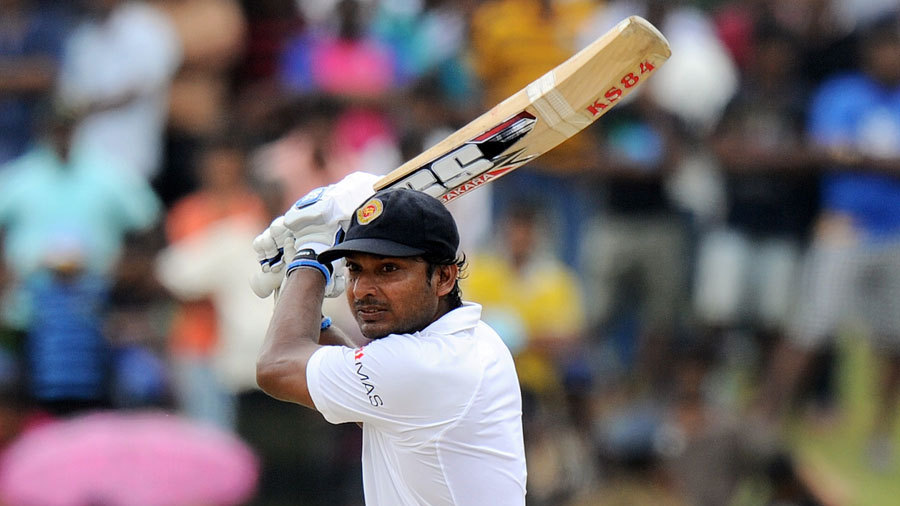 Kumar Sangakkara: "The country has moved forward, but our domestic structure hasn't developed from then to now" © AFP

Kumar Sangakkara has said Sri Lanka's first-class competition is worse preparation for international cricket than it was when he began his career 17 years ago.

"The thing about our first-class cricket when I started out was that it was much more competitive than now," he said in an interview with the Cricket Monthly.

"There were more players of quality in the same team, whereas now it's spread very thin. I don't know what's missing now. I definitely remember club cricket being a lot tougher and a lot more intense when I started."

Sri Lanka's transitional phase has been marked by young players struggling to stay consistent at the top level, and a high percentage of domestic performers have been jettisoned after failing in internationals. Sangakkara's impending Test retirement - a year after Mahela Jaywardene bid adieu - is expected to leave a void.

Sri Lanka Cricket's interim committee is in the process of designing a tournament that aims to produce a higher standard of play than the present Premier League Tournament. However, these plans have faced substantial criticism from sections of the board's voting membership.

Sangakkara believes that Sri Lanka needs to find a way to distil its talent. "Trevor Bayliss made the comment that when he was coach, we were teaching newcomers how to play first-class cricket while being in the national side," Sangakkara said. "You want him to be the finished article already."

"We should just let school cricket be and try and refine the first-class system. The first-class cricket is where your best cricketers are being produced"

Meagre compensation for domestic cricketers is also believed to have spurred the decline of the first-class competition. In the most recent domestic season, SLC paid cricketers LKR 2,500 (or $18) per match day, though individual clubs often topped up these sums.

"Maybe when you leave school now, you have so many other options with what to do with your life, young boys take that other option over cricket," Sangakkara said. "The country has moved forward, but our domestic structure hasn't developed from then to now."

Sangakkara believes one of the reasons for this stagnation may be undue focus on junior cricket. "What I don't understand is: why do we worry so much about school cricket? It's the first-class system we should be focusing on. Who's going to play in the Sri Lanka side at 18? No one. In Asia, this is the whole thing. We're always looking for the next boy wonder.

"You take other countries where the players are so consistently successful - these players come out at 23, 24 25 and mature by the time they are 29 or 30. Even now, in Sri Lanka, we put so much emphasis on school cricket. We should just let school cricket be and try and refine the first-class system. The first-class cricket is where your best cricketers are being produced."

Though he has heard pleas to extend his career in order to help ease Sri Lanka's transition, Sangakkara has argued that the team is better off rebuilding without him.

"I think in Sri Lanka we have real trouble letting go," he said. "I can't see what value I will be to the team if I carry on for a few months, or 12 months. If they want the senior players to assist the team - to come and spend some time at training or in the dressing room - all that can be arranged. We are all willing to do that. But my taking up a place for another few months is just delaying the future for someone else."