'I've always wanted to help other people improve their game' "As a coach my goal is for them to enjoy the experience and say, 'Oh, I really love cricket and I might continue with it'" © Getty Images

The World Cup win in 2000 was fantastic. I had only just started my career, and obviously that's been the highlight of my career. I was surrounded by some amazing players - Debbie Hockley, Emily Drumm, Katrina Keenan, Catherine Campbell.

I'm from the South Island. I started playing representative cricket for Otago when I was Under-23s. It was a little bit of gold and blue, just like the Highlanders [rugby team].

Against Pakistan [in the 2009 World Cup], we lost an early wicket and Suz [Suzie Bates] came in and I stood at the other end and watched her smack it around quite a bit. To be involved in a world-record partnership like that was one of the most treasured moments in my career. I suppose now it's quite cool that we're working closely again as captain-coach.

I had a dream to play for New Zealand when I was young. In the backyard I had a passion for cricket and rugby. Then I got into hockey when I was about 12, and in high school I played basketball, soccer, rugby, softball… I was pretty much playing everything. It did get to a point where I had to choose between rugby, cricket and hockey. I got an injury in rugby when I was in high school, which put me out of cricket, which I was gutted about. In my last year of high school I got selected for New Zealand U-18 in rugby. I had a cricket tournament on at the same time and I chose cricket.

As a coach my goal is for them to enjoy the experience and say, "Oh, I really love that game of cricket and I might continue with it." So get the girls involved at a young age and if they go along and say, "Well, I like this opportunity with this cricket coach," then next time they might bring one or two friends along.

I was going to go with [former team-mate] Paula Flannery to Switzerland to a finishing school, looking at some away experience. But in the 2000 World Cup at Lincoln a couple of English girls spoke to me about an opportunity to play in England. Then that Switzerland thing fell through and it was probably the universe telling me something. An opportunity came up to play for Sussex and Brighton and Hove and I just took it. It's one of the best decisions I've made.

I threw my cap away at the end [of the 2000 final] and I was like, "Damn it!" I tried to go back searching for it and some people in the crowd were like, "Hey, what are you doing? Stuff your cap, you've won the World Cup." And I thought, "Oh my god! I have won and it's amazing." But I have heard that a young girl had picked it up and that's great and hopefully she's playing cricket. I was fielding in the deep and I threw it like I was graduating at university. As I threw the cap and saw it sailing by, I was like, "I'll get a stump, I'll get a stump!" I ran in to get a stump and my rugby skills came in. 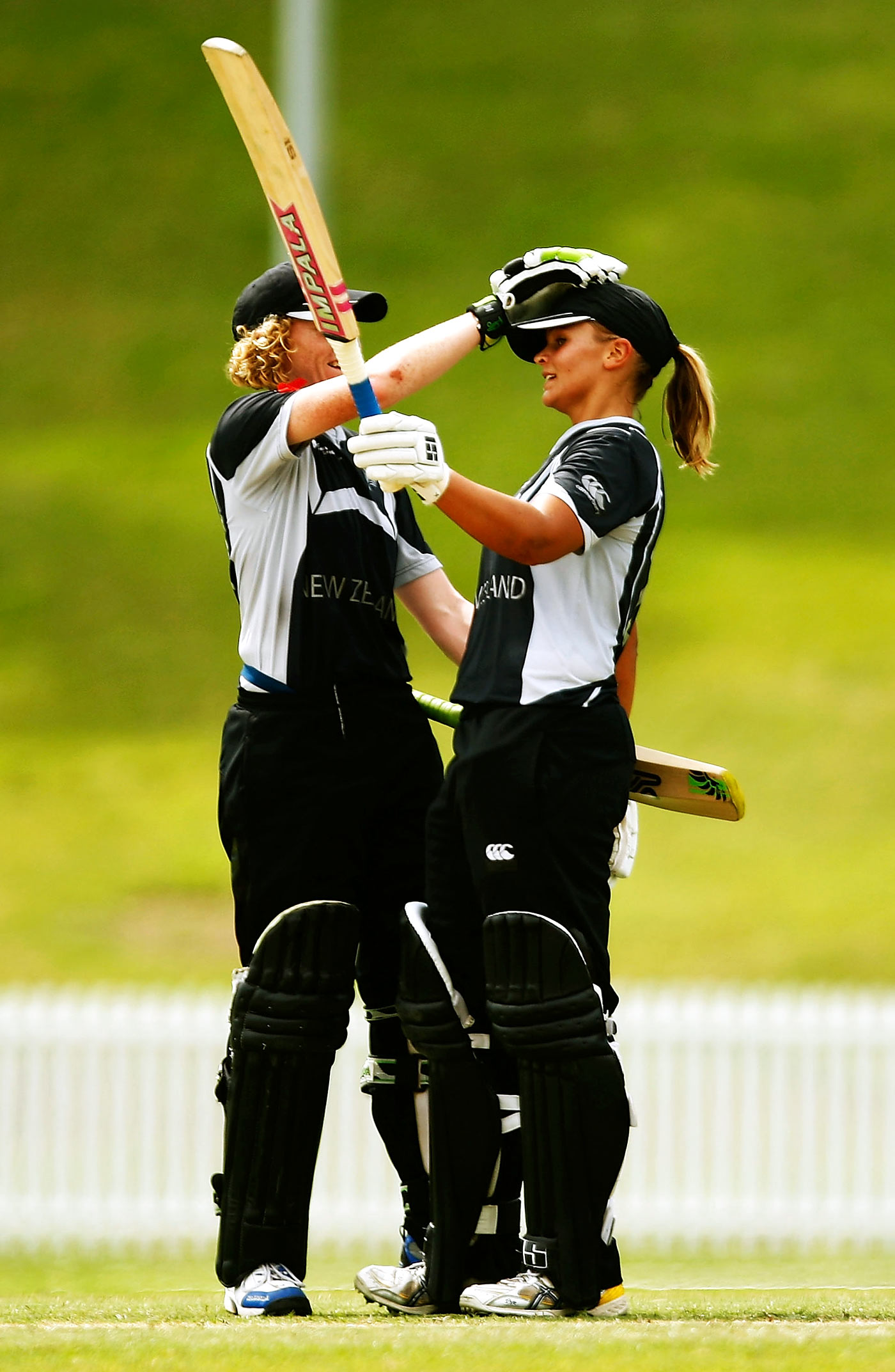 The biggest thing I've seen in women's cricket is how it has evolved globally. More teams are playing, and West Indies, South Africa, Sri Lanka are getting better and better. I've got friends of mine that play for Samoa, Papua New Guinea. It's so exciting that Samoa, PNG, Fiji are playing. I just want all women to have the opportunity to play. Within New Zealand, we are doing some good things, but we need to address how we can get more girls playing and how we can make cricket attractive to young girls. Obviously, having contracts is a start but we have to continue to expand on that.

I think as a coach and teacher we have to put ourselves out of our comfort zones and also look at getting better, looking at new things, speaking to other coaches and teachers. And getting feedback from your students as well as your players, being honest about it, because that's the only way you can get better.

I remember Emily Drumm saying to me [in the 2000 final] about five overs before, "Look, Tiff you might be up bowling the last over." And I thought, "Oh my goodness, really?" I hadn't bowled particularly well that day but I was trying to focus. And then they decided to go with Clare Nicholson, which is great, and I was out on the boundary. I saw Rollsy [Rebecca Rolls] take the catch and go up and I saw Dave Quested put the finger up.

"In high school I played basketball, soccer, rugby, softball… I was pretty much playing everything"

None of these girls have played Test cricket and I know that the majority of them would be desperate to play a Test. Even I would have liked to have played more Tests, but New Zealand Cricket's philosophy at this stage is looking at more of the shortened version of the game. Certainly we don't play longer version within our club cricket or domestic cricket. But it's exciting that women play Test cricket. It's great. That's what cricket is played for.

I was in England for two New Zealand winters. I only had planned to do one but I enjoyed it and they were happy to have me back. That's really what sparked my interest in getting into teaching as well. Being involved at Brighton College enabled me to have that passion for teaching. I was working with young kids over there and Clare Connor was our English teacher at the school.

Age-wise it [my retirement] can be seen as young. But I think, the decisions that I made, after talking to my family - the game was not semi-professional, so I was looking at my career as a teacher. I felt it was the right time. I enjoyed finishing in the World Cup [2009] even though we lost the final. It was a good bunch of girls to play with and I cherish those memories.

I've always had a passion for coaching cricket. Even when I was studying I was working at Canterbury Cricket, coaching in schools and doing one-on-one specialist coaching. I've always wanted to help other people improve their game. I've also played with some of the other girls [in the current New Zealand side] and it's a strength. Anything in coaching and teaching is about building positive relationships so that you can get the best out of your students or your cricketers. It's not just me - obviously I'm the head of it, but I certainly value everyone's opinions. I was like that as a captain as well.

Debbie Hockley was a real role model while I was growing up, and I got to bat with her in a World Cup final and be there to see us lift the trophy. We've got a special bond when you do something like that. It wasn't just the work ethic and sacrifices. We had a lot of fun along the way. We had a lot of laughs but we worked extremely hard and we desperately wanted to win. We'd been bridesmaids in the last couple of finals, so to beat Australia at home was gold, absolutely amazing. And it was a great final, well-fought.

The White Ferns play a massive part in the growth of the game. We gain respect through performance. We have some areas to improve and continually want to get better and better. "Better never stops" - that's our attitude.

Vishal Dikshit is a sub-editor at ESPNcricinfo 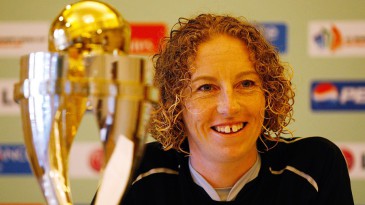 Haidee Tiffen, the former New Zealand allrounder, has been named the new coach of the New Zealand women's side

Teach what you play

It isn't easy to juggle two careers. But there are rewards, even if your students aren't impressed with your dancing style

New Zealand entered their third World Cup final in style after posting a mammoth 373 against Pakistan in the final Super Six match.