Tino Best: gave the No. 11 position a leg up

As they approach the end of their sixth year, the 2010s can already claim to have been unquestionably one of the most significant decades of this millennium so far. However, with all due respect to the political, technological and social changes sweeping the solar system's No. 1-ranked planet, this will perhaps be most remembered as the decade when Test cricket's least glamorous batting position had its moments in the sun. The Era of Eleven.

Yet the decade had started so unpromisingly for the Last Man In. Before the 2012 Edgbaston Test, the 11s of the 2010s had averaged a mere 8.06 - better than the 1990s but worse than any other decade since the 1950s, and the fourth worst of all time.

Then, without warning, the non-existent volcano of Tino Best's batting erupted like a smiling Krakatoa. The West Indian flayed and fluked England for 95 runs that defied expectation, precedent, probability and Best's own hard-earned, statistically verifiable reputation as a low-grade non-window-endangering slugger with a single-figure Test average. A year later, the teenage debutant Ashton Agar batted like a Sobers-Gower-Woolley hybrid in a mind-bending, game-changing 98. The record highest Test score by an 11 had been broken twice in little over a year - as many times as a new mark had been set in the previous ten decades. Jimmy Anderson's 81 against India on the same Trent Bridge ground in 2014 gave the 2010s a complete podium sweep of the top three Last Man scores.

There were three other half-centuries between Agar's and Anderson's - by Trent Boult, Shane Shillingford and Mohammed Shami, who preceded Anderson's tail-end epic with a half-century of his own in the same match. At that point, 11s had raised their bats to a baffled/ecstatic/ gobsmacked/depressed crowd six times in 84 Tests in 25 months, as many as in the first 99 years and 11 months of Test cricket, or as in the previous 1330 Tests, between Richard Collinge's then-record-breaking 68 not out in 1973 and Best's catalysing counter-attack.

What times we live in. Eleven is the position dedicated to the most useless available batsman. Occasionally it would provide a few useful runs, or defiant support for the remaining batsman. More often, the guarantee of failure, and a decent likelihood of humiliation. Particularly in the case of Best. Now, however, the universe was in flux, nothing was certain, and bowlers did not know where to turn. Elevens had become destroyers. 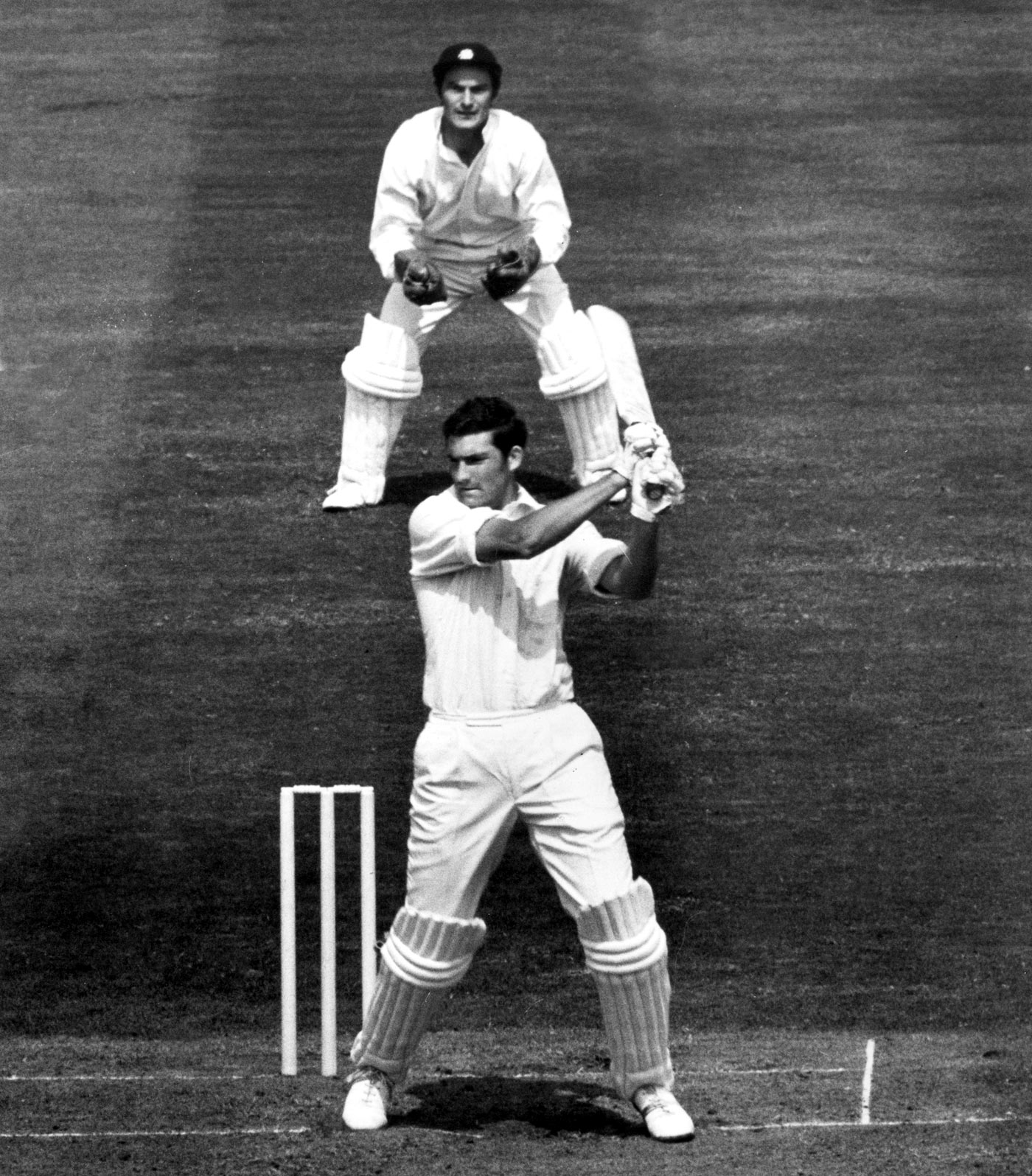 Richard Collinge behaved in an unbecoming fashion in an era when all No. 11s excelled at ineptitude © Getty Images

Skip forward 100 years. Since the 1977 Centenary Test, 11s have averaged 8.18, almost a quarter less than their predecessors a century earlier; they have scored 1.17% of all Test runs off the bat (down by just over half), and averaged just 25% of the 32.08 collective average of numbers one to ten (down by almost half).

Even with their recent surge, modern 11s collectively can hold few statistical candles to the early years of Test cricket. Many teams fielded batting line-ups of extraordinary depth. When wristspin legend Bert Vogler smacked a rapid 62 against England in 1905-06, to set an 11 record that stood until Collinge's innings almost 67 years later, he was one of nine players in the South African team who would eventually end their careers with a first-class batting average in the 20s. The two exceptions were No. 4 batsman Dave Nourse (42.81) and allrounder Aubrey Faulkner (36.58). Never mind the quality, feel the depth. (Vogler did not always meet with such success at 11 - in the 1910-11 series in Australia, he had three innings as Last Man In, acquiring three ducks in a total of four balls.)

Wilfred Rhodes famously batted in all 11 positions for England. As an 11, early in his 31-year Test career, he contributed an unbeaten 40 to England's first ever tenth-wicket century stand, adding 130 in 66 minutes as RE Foster completed his record-howitzering 287 at the SCG in 1903-04. Rhodes eventually retired with 58 first-class hundreds (rather more than Best is likely to score), including two as a Test opener (ditto). Every player in that England team would end his career with at least 16 first-class hundreds. Yet almost a hundred years of progress later, at The Oval in 1999, England sent out Alan Mullally, a low-quality 11, at nine, followed by Phil Tufnell, who by rights should have been batting at 12, at 10, then Ed Giddins, a natural number 16, at 11. Explain that retro-evolution, Darwinian cricket fans.

The fading of the 11 from statistical prominence began in the inter-war years. Elevens maintained a healthy contribution to the overall good through the 1920s (when tenth-wicket partnerships averaged over 16 for the only decade since Tests began). However, the concerns of the global economic downturn, the rise of Nazism, and the arrival of full-colour movies evidently weighed heavier on 11s than on other positions in the batting order - the 1930s was the lowest-averaging decade for the Last Man In (6.95). 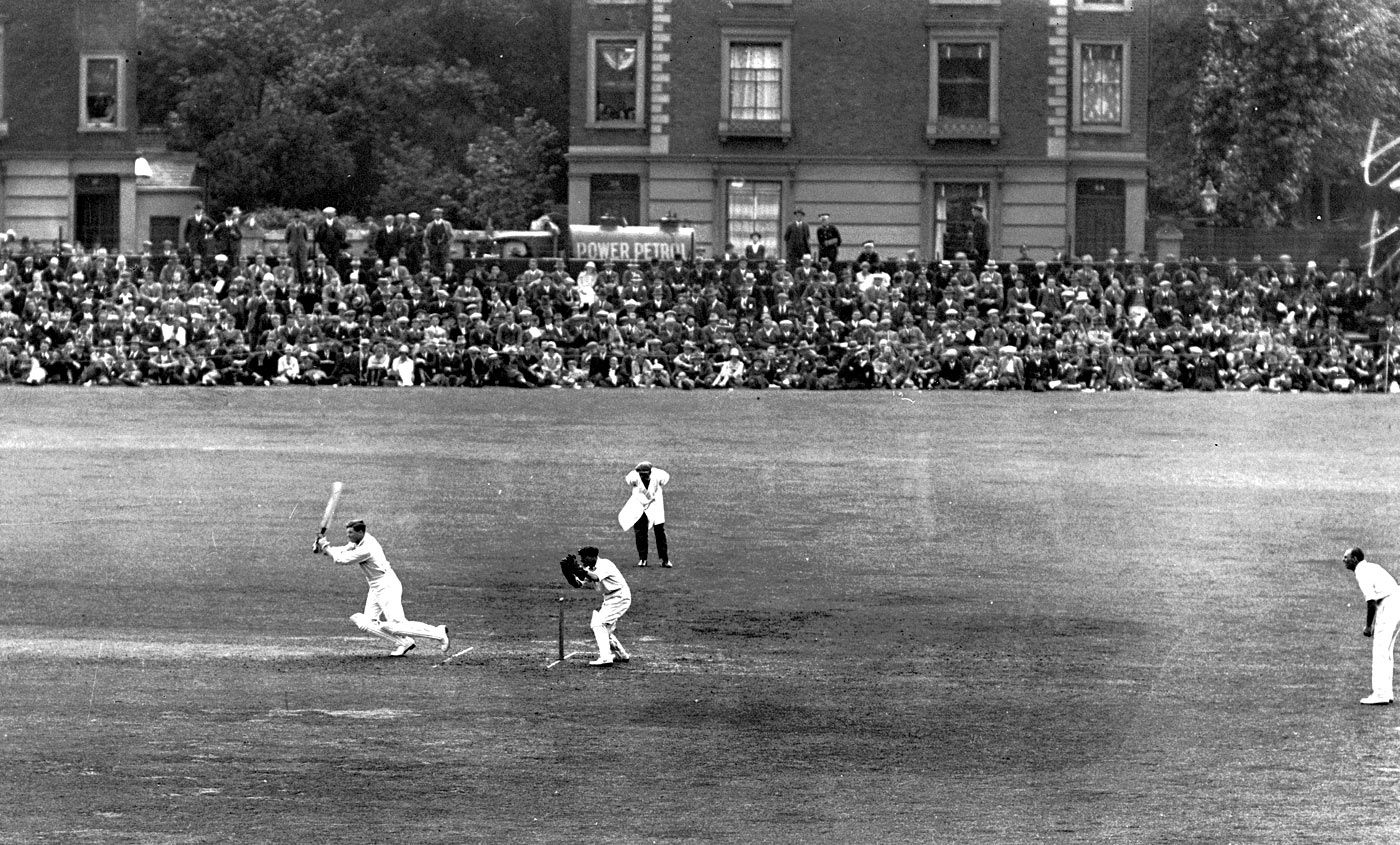 The statistical nadir for Test cricket's most useless batting position, however, was the 1956 Jim Laker-dominated Ashes. Elevens batted 12 times in the five Tests, scoring a grand total of two runs, at an average of 0.28, the joint lowest figure for a series in which 11s have "played" more than six "innings". Both runs were amassed by Australian keeper Len Maddocks at Old Trafford, in a heroic six-minute rearguard of relatively epic proportions, before he became Laker's 19th and final victim. In those 12 tenth-wicket stands, which lasted an average of three minutes each, 14 runs were added. The 1.16 partnership average is comfortably the lowest in any of the 565 Test series played - a record that looks as secure for eternity as Don Bradman's Test average.

What does the future hold for 11s? Probably the same mixture of flare-ups and failures that top-order batsmen seem to content themselves with these days. But the 11s of this decade have given hope to all cricketers around the world. Best, Agar and Anderson - the discarded, the novice, and the veteran tailender - all played innings that no one, including themselves, their team-mates, their opponents, and 135 years of Test statistics, thought possible. We will probably never see another Wilfred Rhodes. But someday, an 11 will again provoke that now-familiar look of confusion and panic on a fielding captain's face, as he smashes bowlers and expectations to all corners of a ground on which he was supposed already to be bowling. 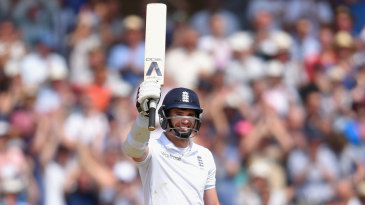 Anderson shines in era of the No. 11

There are few endeavors as silly as No. 11s batting. Anderson's innings was another piece of history for cricket's most comical and undervalued batting position 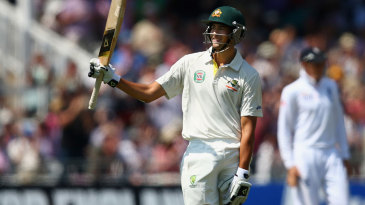 Stats highlights from the second of the Trent Bridge Test, which was dominated by Australia's latest No. 11, Ashton Agar 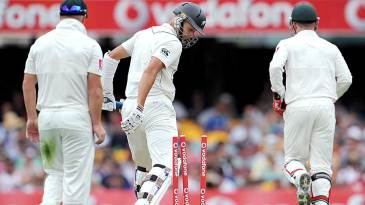 There are No.11s who have been known for their incompetence with the bat, but Chris Martin's lack of skill is legendary