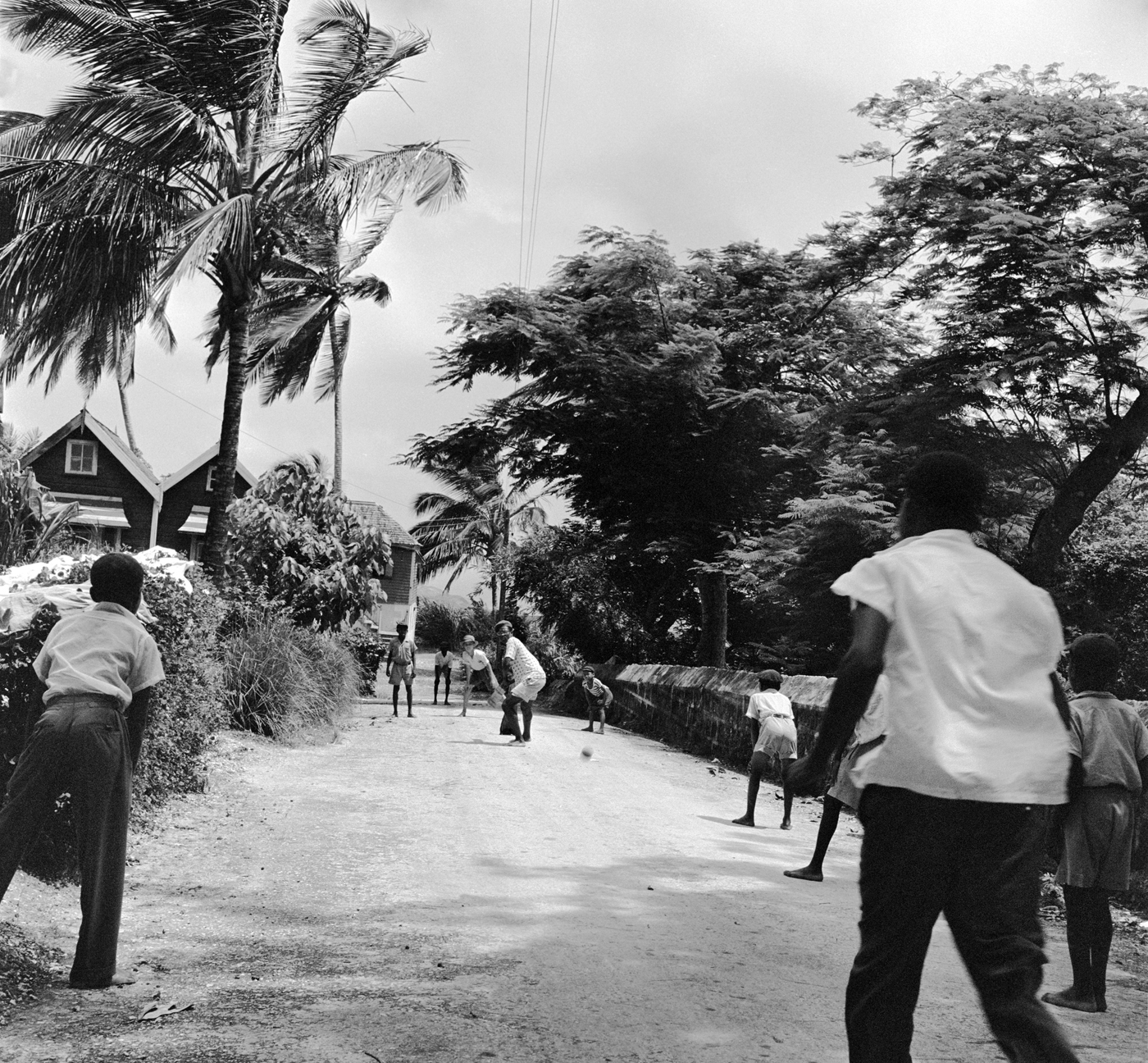 They come out most nights just around nine o'clock and they might be there until about 11. They are extremely loud. But it is one of the most beautiful noises to fill the night air; because it is the unamplified sound of happiness.

I love to hear the footballers who turn out to run some ball under the lights of the Aranjuez Savannah. Amid the backdrop of the dull thud of boot on ball, they shout and scream, and laugh, and throw picong and cheers with the same generosity of spirit. The abundance of energy and joie de vivre is so infectious that even those of us perched on the periphery of the grounds are doused with it.

It brings pleasure to the chore of washing dishes, simply because when I stand at the kitchen sink I can see them, often barebacked, exuding all the vitality of youth, and I feel happy that in these nightly games they are finding a wholesome way to enjoy being alive. More so, amid their good-natured jostling and competition, they represent the true spirit of community.

My memories of actual play are hazy; my memories of the feelings they evoked, and the colossal images they created of West Indian heroes are absolutely clear

These young men are part of the geographical embrace of the Aranjuez Savannah. They come mainly from its northern perimeter, from areas to the north of the Eastern Main Road - basically rough, working-class neighbourhoods. Their lives cannot be easy in any sense of the word. Yet here under the night skies, they find a freedom to unleash their spirit and form bonds that bypass the commonly held weaponry that unsaves so many of our souls.

The Aranjuez Savannah provides a naturally inviting space for these and other similar acts of bonding. During the day on weekends, under blazing sun, cricketers take up their positions. Madness, I always think, as through the shimmering glare I can see them, now positioned like fielding statues, now chasing busily after a lofted ball - the dull thud of bat on ball heralding the force with which it had been hit. The pavilion might be half-full, coolers might be discerned, and from their distance, they too are a precious reminder of the communities inhabiting the district.

From years of observation, it has struck me that the footballers appear mainly to be of African descent and the cricketers of Indian. One set comes from the urban north and the other from Aranjuez proper, a farming community. One set comes out in the cool of the night, unless there is rain, when they appear from nowhere to suddenly adorn the playing field; the other turns up at weekends fully clad in cricket gear under the sweltering sun. Can they be said to be coexisting? Well, on weekends both sets of games are on and there are at least four or five puddles of each group scattered throughout the immense ground. Alongside many West Indians, I grew up steeped in cricket culture, with 20-odd cousins, mainly boys, living near the Aranjuez Savannah. Every weekend the Savannah was the scene for several simultaneous club matches. My uncles even had a club called Melbourne, and through that, we, accustomed to makeshift bats, wickets and pads, could experience the sensation of holding the real things in our grubby hands. We played incessantly, always accompanied by the commentary of one of the bigger boys, who renamed everyone, mostly according to whichever team was currently touring the Caribbean. Everyone wanted to be Viv. Even me.

I was not privileged enough to be taken to see Tests at the Queen's Park Oval until much later, when I went on my own. But my grandfather was so enthralled by television coverage of the game that his fervour descended to his grandchildren and through its medium we watched every game we could.

Shortly before he died, he was reminiscing to me about how he used to play for the working man's club Stingo. It surprised me. My knowledge of him was built entirely upon an image of an Indian farmer, feet covered in Aranjuez mud, bending over endless patches of tomatoes, cabbages, cauliflower and sweet peppers. It was he who gathered us to him and brought so much of the game to us.

It didn't matter that all our bats were home-made, and the balls were often cast-offs from our uncles in flannels. We grew up with that sense of their West Indian styles and greatness

We knew all the West Indian greats, inhabited their boots as we strode out to the pitches in the Aranjuez Savannah, becoming now Sobers, now Richards, now Haynes, now Greenidge, as the strokes demanded. We knew when a shot was a Viv special; understood what it meant to bowl a Holding. It didn't matter that all our bats were home-made, and the balls were often cast-offs from our uncles in flannels. We grew up with that sense of their West Indian styles and greatness and it was something we felt close enough to that we could aspire to it.

Looking back sometimes, I wish I had seen more of it first-hand, but my passion has led me to every available resource to find whatever I can on West Indies cricket. My memories of actual play are hazy; my memories of the feelings they evoked, and the colossal images they created of West Indian heroes, are absolutely clear.

I trace all of this to growing up next to that Savannah, having the soundtrack of cricket as an almost constant in my life. When I was 14, we moved to the spot where I have lived on and off for 35 years. It is the view from my backyard that keeps me rooted. It is the place that has most significantly shaped my outlook on life, and cricket. In one of my moves away, I lived for a short time in a strange house in Tunapuna, the town where CLR James spent his childhood. The house was like a labyrinth, the result of being arbitrarily divided to accommodate tenants, and there was nothing orthodox in its layout. But what captured me was the view. The upper floor opened onto a long, narrow veranda, barely wide enough to hold a chair, but it overlooked Constantine Park, named after Lord Learie Constantine, and inhabited on weekends by several aspirants to cricket lordship.

In my bedroom there was a little alcove with a sort of built-in counter, which I took to using as a desk. It was next to the louvres that looked out onto the playing field. Here I would sit and write, or have a cigarette and just gaze out at the playing field beyond, thinking. It is why I understand how a small boy of six, standing on a chair and looking out a bedroom window at cricket matches on weekday afternoons and Saturdays, could have had his life so deeply shaped by that vista.

After 20 years, Vaneisa Baksh is not yet tired of watching, writing and wondering about cricket 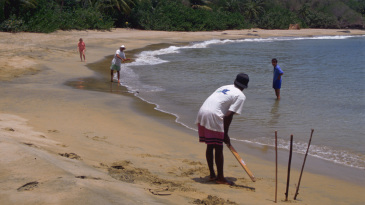 Gateway to the Caribbean

If you're a fan of West Indian cricket, you're likely to fall in love with the region's literature 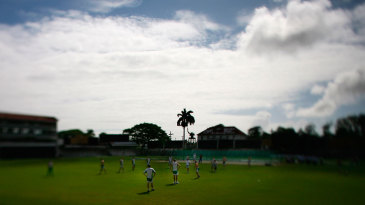 The master and the madman