A dasher with style: Kris Srikkanth holds the pose

A shot of hope

Hope is a mystery. It's as essential to life as oxygen but it comes and goes of its own accord. In sport hope can leap up in flame from the dying embers of a match and it can be extinguished by the smallest breath of wind. Above all, hope can make impossible things happen.

That's one of the reasons why we watch sport, and it's one of the reasons why we keep coming back to it when we should know better. In the most unpromising circumstances hope can strike in the blinking of an eye and change everything, and that's a truth that keeps you with the dullest match in the world, the knowledge that things probably won't change - but they just might.

I went as a punter rather than a reporter. It was a family outing and we were inevitably a little late, caught up in the crowds. So as we shuffled round the ground towards our seats, it was dismaying to hear a sudden roar of excitement - and with it the terrible sigh of disappointment. Something had gone terribly wrong.

The year was 1983, the ground was Lord's, the occasion the World Cup final, the participants West Indies, overwhelming favourites, and India. I was wearing a shirt I'd had made in India and I had resolved to shout for the underdogs - but by the time I was in my seat they had already lost. Or so it seemed.

Sunil Gavaskar was out. We had been agreeing on the way to the ground that if India had a dog's chance it was with Gavaskar. If he could get in - and he was the best against pace - then maybe, just maybe, India had a hint of a ghost of a chance. But I never saw him face a ball.

So I sat back to watch the match unfold, ready to accept proof of the fact that West Indies were the finest team that had ever played cricket, the acknowledged masters of the one-day game. The upset had gone, but at least I would have the pleasure of seeing sporting excellence.

And then in an instant a flare of hope was lit.

It was a shot I will always remember. Kris Srikkanth dropped on one knee to square-drive Andy Roberts (or was it Joel Garner?). It was a moment of cricketing perfection: audacious and immaculate. The pace of the ball, the intervention of the blade, the flexing of the wrist, the shift of body weight onto that dropped knee: to play such a shot just once, against such an opponent, was to justify your entire life as a cricketer. 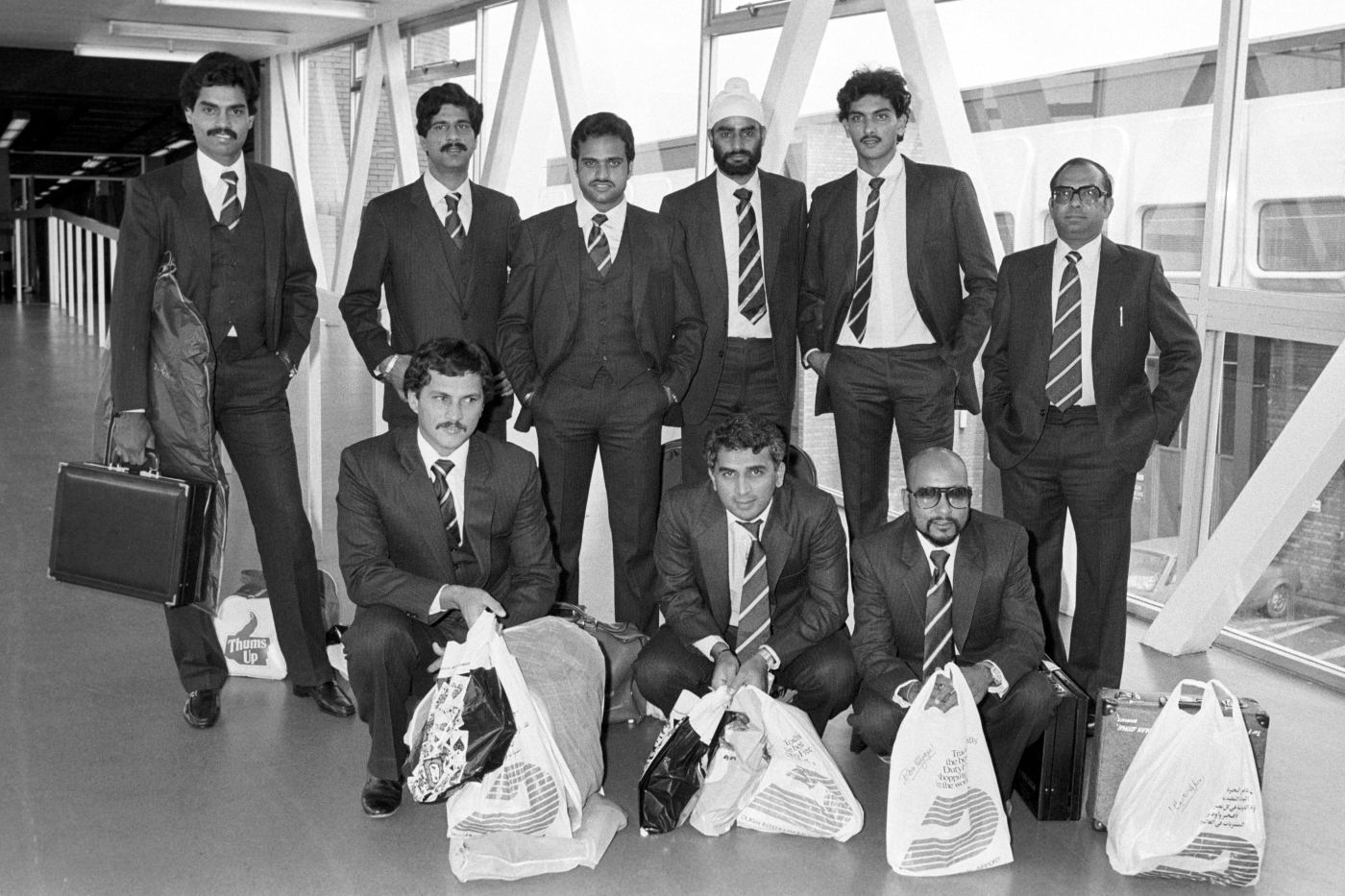 I seem to remember a tableau of 15 motionless white-clad bodies: Srikkanth holding the pose, still genuflecting, bat held high above his head. I remember the ball hitting the fence with the sound of a rifle shot, but maybe I made that up, added it to my memories.

But I didn't make up the hope. With that shot of glorious, elegant defiance I felt that flare of hope leap up and I thought: wouldn't it be simply marvellous if they could pull this off? I wonder now just how many people in the Indian dressing room felt the same thing at that moment.

No one will ever know. Even if you asked them, they wouldn't remember it straight. That's because the day held so many complex shifts in emotion. It was a match in which despair and hope kept rotating the strike in the manner of a left-hand-right-hand opening partnership. But I suspect that this shot was the prime mover of the miracle that followed: the moment that made hope possible after the departure of Gavaskar.

Hope lay in defiance. It lay in the simple sporting principles of staying true to yourself, doing what you do best and hoping - always hoping - that was going to be enough.

To play such a shot just once, against such an opponent, was to justify your entire life as a cricketer

I never thought it was. Srikkanth went for 38, top scorer, and India were all out for 183. That was never going to be enough. In fact, I'm convinced that if India had scored 50 more they would never have won. It was the low total that allowed West Indies to get ahead of themselves.

The rest is not history but mythology: the skilful wobble-bowling of Madan Lal, the hubris of West Indies, Clive Lloyd promoting himself up the order because he was worried that he wouldn't get a bat and then getting out for 8, and above all, Kapil Dev's 20-yard running, over-the-shoulder catch to dismiss Viv Richards.

It was one of the great heady days of cricket, which is not, in the main, a game that goes in for spectacular upsets. It was a glorious victory of hope over certainty, and it all began - as I remember it, and perhaps as it unfolded for the Indian team as well - with that square drive. Though it was also highly significant that I wore my lucky made-in-Mysore shirt. And you know, I've never been properly thanked. The year everything changed When a nation came together to view a miracle