'I'd have played Mitchell Johnson off the front foot'

Former England batsman David Steele talks about mixing it with the Aussies, his Test debut at 33, and coaching a young Stuart Broad 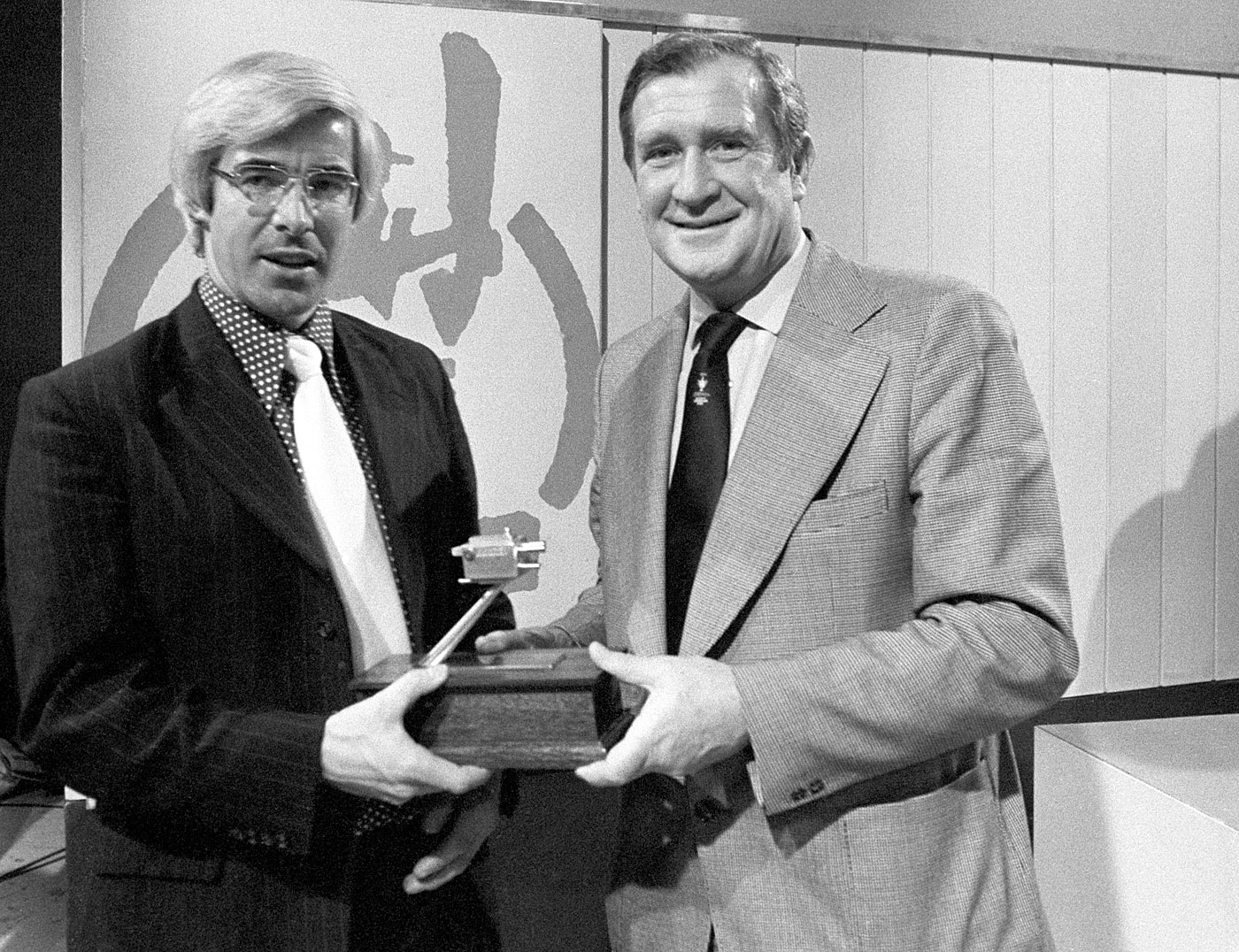 I was late out to the middle in my first Test. I'd taken a wrong turning on the Lord's staircase and nearly ended up in the toilets. Dennis Lillee said to me: "Hey Groucho, where have you been? For a shit?" I told umpire Bill Alley to tell Lillee to get back to his mark so we can get on with the game.

I was a bit intense. In one match for Northants, I was sick at the wicket. I was trying so hard and concentrating so much.

"Aye, Aye, Who's this Billy Bunter?" MCC members didn't think my Northants team-mate Colin Milburn looked much like a cricketer when he played for England. They looked at him funny down at Lord's. He was a big man. England messed him about. He played some great innings for them, but should have been picked earlier.

Anyone who is anything special has time to play - Viv, Allan Lamb, Gower, and today, Kevin Pietersen. Milburn was the same.

I was 33 when I played my first Test. Age wasn't an issue for me. I still wanted it.

In the 1960s and '70s it was the same game that was invented all those years ago. Nothing had changed. Limited-overs cricket had just come in, but my game had been honed by then; all our games had. We were out of the old mould, first-class cricketers, hardened professionals playing on uncovered wickets.

We had to work damn hard for our runs on those uncovered wickets. Those bowlers were bowlers, not there to dive around at third man or fine leg, they were there to bowl all day and get wickets. They gave you bugger all.

"Don't they have music playing as batters go in to bat? My theme tune would be 'Onward Christian Soldiers'"

Comedian Eric Morecambe popped into our dressing room before the Lord's Test against Australia. We were batting first, and Dennis Amiss was in a bit of a state. Seeing Dennis' hairy chest, he tries to lighten the mood. "Dennis you must've been trapped, not born."

The game was tough. Mean - yes, that's the word.

Bowlers, back then, were fit to do their job, and they did it. These lads today are all over the place with their training and bowling, but they don't last the test of time. They're always getting injured or having to be rested.

T20, it's rounders isn't it? I can have a laugh at it. Don't they have music playing as batters go in to bat? My theme tune would be "Onward Christian Soldiers". I'm a Methodist, so that would suit me.

Dennis Amiss looked like the Michelin Man. The Australians - Dennis Lillee in particular - had really gotten to him the previous winter. I was at the non-striker's end when he walked out to bat. Umpire Bill Alley asked me if he had put on some weight. Dennis had every bit of protective equipment you could imagine - chest guard, arm guard, inner thigh. Then Lillee had him lbw with one that bounced knee height.

In India you used to have 80,000 watching Test cricket, and now the grounds are half-empty. I was talking to David Capel at a 2nd XI game the other day and he told me, "These boys want this game [T20] more. It's greed and money taking over sport. It has taken over football and now it's trying to take over cricket." 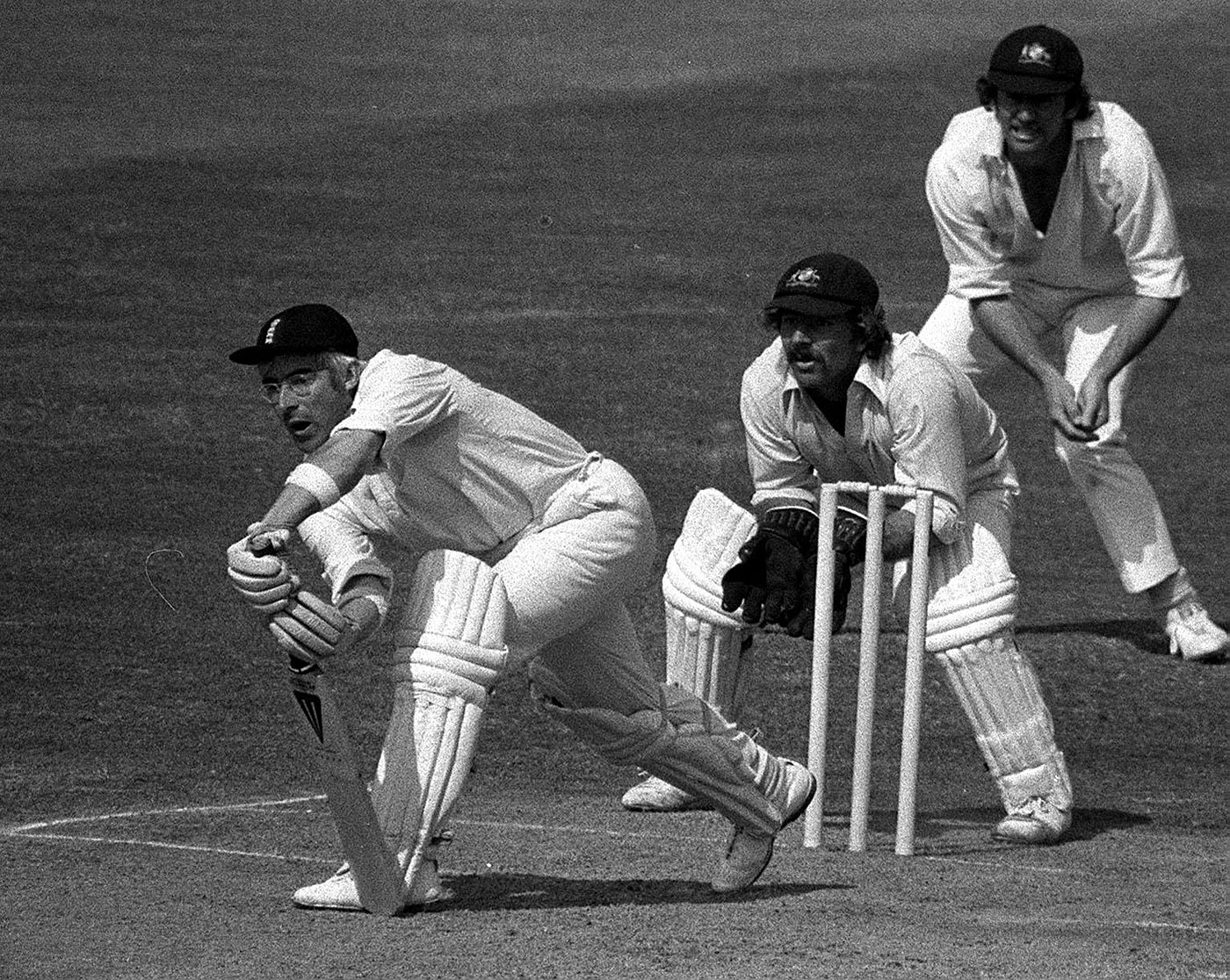 "The England selectors said I couldn't play spin, but no one ever had a conversation with me about it" © PA Photos

I coached Stuart Broad at Oakham School when he was a kid. I was the school's cricket professional. Stuart was always a cricketer, it was in his head, he lived the dream, just wanted to play cricket. Maybe I need to give him a ring. He opened the batting for me, but he's not batting too well at the moment.

England captain Tony Greig was confident, charismatic, had a positive attitude and loved the fight and the challenge. Even in the boardroom he'd go with anyone. Didn't bother who he had upset. Len Hutton and Alec Bedser were always teasing him about keeping the captaincy. "Still got it [the captaincy] then?" they would say, and he would smile and say, "Oh yes!"

My old Northants captain Geoff Cook said to me: "Stan, you'd have played this T20 stuff. You bowled, were quick in the field, caught everything, and could hit a ball now and again." It was nice of him to say that, but, "Do I have to?"

Colin Milburn was a great catcher at short leg. No matter how many stomachs he had, it went in just as well.

I didn't wear a helmet that much. Didn't need one. One bit of modern-day equipment I would have liked to have had is an arm guard. Sunil Gavaskar had one, I think. I was very top-handed as a batsman. Mike Procter once broke my arm, playing for Gloucestershire against Northants. Bugger ran through the crease and bowled it from 19 yards.

It doesn't matter that Stuart Broad's got into a few scrapes on the field. It's good that he shows a bit of passion. He's got such a baby face, can't have him being too nice all the time. Like Graeme Swann, Broad was born to cricket. It's like a religion to him.

I moved to Derbyshire in 1979. Then we beat Northants in the 1981 Natwest final. Marvellous, there was a bit of feeling there, I can tell you. My old Northants and England team-mate Peter Willey gave me a bit of stick. He said: "What've you done to deserve that gold medal?" I did nothing myself in the final, although I did plenty in the semi, so I said to him: "Well, what colour's yours?" He looked at his and said he was going to throw it away.

"Hutton was a selector, a hero of mine. And he doesn't know me, calls me Derek. I looked around to see if he was talking to Derek Underwood but Underwood wasn't there"

T20 is entertainment. It's not the cricket we knew. There are too many T20 matches and it will harm Test cricket. If we're going to go that way, we might as well go to America and play baseball.

Last over of the day, Wayne Daniel, playing for West Indies, bowled me a nine-ball over. Took about ten minutes. I had cramps in my arm, holding on to the bat too tight. I was too top-handed, my hand got stuck.

I found out I'd been dropped for the 1976-77 India tour while listening to the radio. The England selectors said I couldn't play spin, but no one ever had a conversation with me about it.

Of course I could play spinners, ask Derek Underwood. I played with Bishan Bedi for six years. I was a spinner myself. Couldn't play spin? I was stitched up. I could have played those spinners with no pads on.

KP. He's a one-day player isn't he? Too unreliable for Test cricket, lacks discipline for the big game, plays around the ball, so many stupid dismissals. That 80 against South Africa and run out, 90-odd and then out trying to slog the ball out of the park. Irresponsible. You need to have a good enough team to have a man like that around, playing like that.

Peter Willey came across as a bit of a miserable bugger, but he was okay, if you knew him. Not the sort you'd go on holiday with, though.

I went out with a helmet on to face Sylvester Clarke once, and he laughed and said: "C'mon man, take it off and let's get to cricket." The damn thing was getting on my nerves, so I took it off, and the next ball whistled past my nose - smell de leather, man. 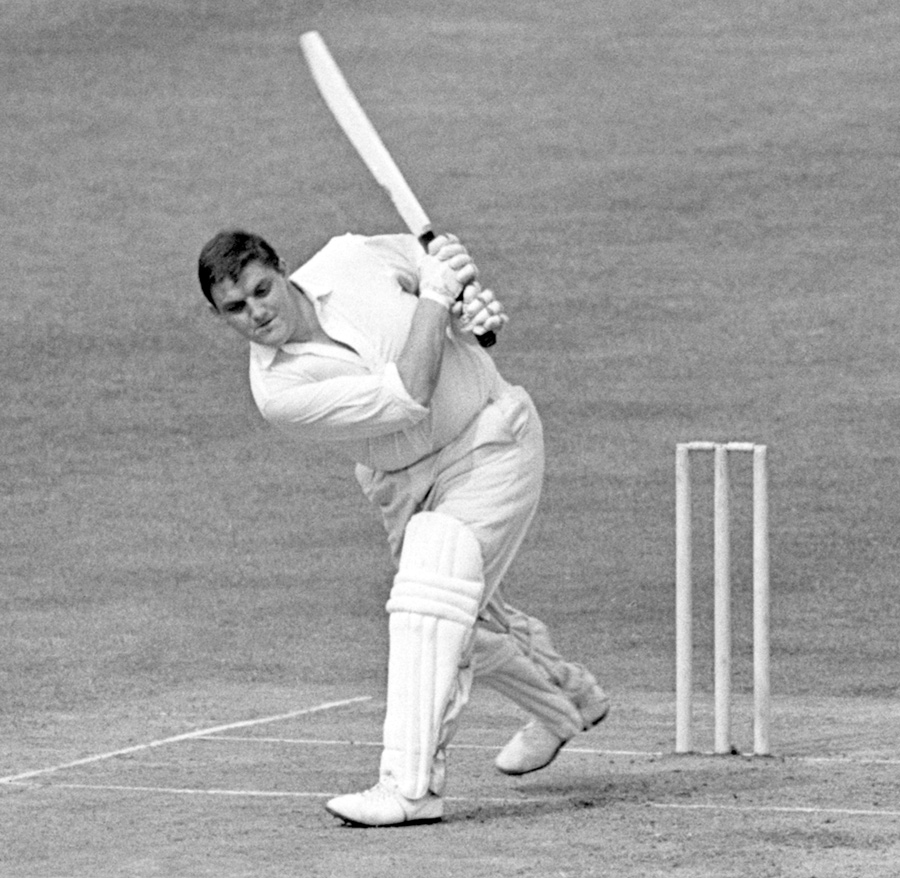 When I played, a bat manufacturer - mine was Gunn and Moore - would give you one bat for free, but if you broke it, you'd have to pay for another and you had to pay for the rest of your kit.

I turned up at Lord's before my first Test against Australia, and Sir Leonard Hutton was there, winding up Colin Cowdrey. Good players don't get out at 30, he was telling Colin. Hutton was a selector, a hero of mine, who I'd read about but never seen. And he doesn't know me, calls me Derek. I looked around to see if he was talking to Derek Underwood but Underwood wasn't there. It was me. I was Derek. He could have called me Frank or Bob for all I cared. It was Sir Leonard Hutton and I was playing for England.

I don't feel safe about England's current batting line-up. If you have a good team against them, or a couple of quality bowlers, you'd worry about them.

Players like Shahid Afridi are ruining the proper game of cricket. He just tries to hit every ball out of the ground, and when it doesn't come off for him, he retires.

I played Lillee and Thomson off the front foot in 1975. I'd have done the same against Mitchell Johnson when he was knocking everyone over a couple of years ago.

When England play Australia and South Africa they should prepare slower wickets to negate the opposition's quick bowlers.

I moved back to play for Northants in 1982. I still lived down there, and the drive backwards and forwards to Derby was playing my back up.

The Sports Personality award was the icing on the cake for me. I knew I'd done my job well. At The Oval we followed on, and in the second innings, batted two and a half days. I got 60-odd, Bob Woolmer got a big hundred. Everyone got runs.

At the end of the match and the series, the Aussies invited us to their dressing room for a beer. At first I thought I'd seen enough of them on the pitch and didn't want to go. The room was full of beers, and we just sat there and chatted for ages. I thought: this is what it's all about.

The bloke who gave me my Sports Personality of the Year Award called me Derek too. 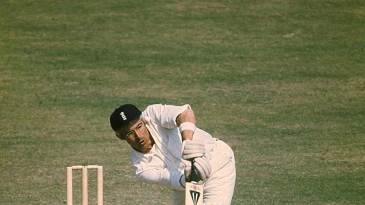 When a nation loved a 'bank clerk'

In 1975, surprise England pick David Steele defied the visiting Australians, captured the public imagination, and was voted BBC Sports Personality of the Year