What batting position could this article conceivably be about?

The Tendulkar of batting positions

Aiming to carve out megalithic statistics with the bat? Walk in at two-drop

As notoriously obsessive early-19th-century cricket nut and novel-writing superstar Jane Austen so memorably wrote in her sadly unpublished first draft of Pride and Prejudice, "It is a truth universally acknowledged that a cricket team in want of good fortune must be in possession of a seriously top-notch No. 4 batsman. Proper, all-round match-changing quality."

Austen's literary agent, sagely thinking ahead to future worldwide TV and film deals, persuaded the diehard Hampshire fan to tweak the wording a little, rein back on the stats, and stop banging on endlessly about the need to protect a team's best batsman from the threat of the new ball, while retaining his ability to shape an innings, and reducing the chances of him being forced to shepherd the tail. Reluctantly demurring, the Northanger Abbey celeb duly converted her in-depth avant-garde treatise on batting-order strategy into what transpired to be a smash-hit platinum-selling bodice-non-ripper will-they-won't-they romcom meganovel (albeit one that, if read backwards in a moderately accurate Richie Benaud voice, contains some insightful advice on how to play reverse-swing bowling in fading light, and an amusing anecdote about a lost bail).

Austen - whose early draft of Mansfield Park was set in her planned 37,000-capacity cricket stadium in Nottinghamshire, featuring a state-of-the-art, fully functioning theatre stage for the acting out of slow-motion replays - would no doubt have been the undisputed Wendy Wimbush of the early 19th century, had the opportunity existed. For she was bang on the statistical banana about number fours, well over a century before the rest of cricket caught on.

From the birth of Test cricket in 1877, until the end of the 1920s, four was the least productive batting position in the Test top five, averaging a humble 29.44, suffering the statistical indignity of being outshone by No. 5 in five of Test cricket's first six decades. In the 1930s, it leapt into the top two highest-averaging positions in the batting order, although the Bradman-enhanced three remained way out in front.

Jane Austen was bang on the statistical banana about number fours, well over a century before the rest of cricket caught on

Before the war, the greatest batsmen had mostly either opened or batted first wicket down. Wally Hammond dropped from three to four in the mid-1930s, but his overall record was significantly better in the higher position (averaging 74.78 at three, and 52.72 at four, in pre-war Tests). Bradman, in ten innings at four, averaged a surprisingly human 53.88. The only player other than Hammond to bat at four in 50 or more innings before the planet embarked on its unwanted second helping of global conflagration was South Africa's Dave Nourse, who averaged under 28 at four and scored his only Test hundred at five.

When hostilities ceased, among other more widely noted changes in the way the world worked, four became Test cricket's most fertile position. Players such as Denis Compton and Peter May of England, India's Vijay Hazare, Nourse's son Dudley, and West Indian run machine Everton Weekes established the numerical supremacy of four. Graeme Pollock carried the baton in the 1960s, paving the way for career fours such as Gundappa Viswanath, Greg Chappell, Javed Miandad, Martin Crowe, Aravinda de Silva and Mark Waugh to sustain four's status as the lynchpin of the late-20th-century batting order. By now, four was the almost unquestioned position for the team's best batsman. As one millennium melted into the next, Inzamam-ul-Haq, Brian Lara, Jacques Kallis, Mahela Jayawardene, and the Four To End All Fours, Sachin Tendulkar, all began carving megalithic statistics at four. Mohammad Yousuf, Kevin Pietersen, Younis Khan and Ross Taylor have followed in their collective wake.

Not all have flourished at four, however. Amid the creation of batting legends, others have failed. Michael Clarke and Shivnarine Chanderpaul, two of the finest fives, have been, statistically, among the least effective fours. Ian Bell, by all appearances the ideal four, also never mastered the position.

But one man stoops below all others in the valley of Failed Fours. Mohammad Ashraful played 44 innings at four, from 2002 to 2011. He made just three half-centuries, passed 40 in just one of his last 32 innings, and posted an average of 15.70, in one of the most unimpressive sustained displays of statistical anti-achievement that the Test game has seen.

Bradman, in ten innings at four, averaged a surprisingly human 53.88

To give Ashraful's performance the full discredit it deserves, no other Test player has batted more than 25 times in any position in the top seven for an average below 18. To average just 16 batting at four - at a time when all other fours collectively averaged 45.55 - required an almost heroic level of persistent non-improvement, an epic of remorseless unproductivity, which future generations will surely wonder at with a somewhat confused awe. Regrettably, Ashraful will ultimately be remembered for his off-the-field naughtinesses, but his 15.70 in 44 innings at four stands in a similar statistical isolation to Bradman's 99.94 Test average, or Tendulkar's 100 international centuries, or Muttiah Muralitharan's 67 Test five-wicket hauls and 22 ten-wicket matches - as long as cricket is played, it is all but impossible to conceive of anyone coming close.

Perhaps shaken by Ashraful's dedicated numerical minimalism, four has found itself in danger of being usurped this decade. Five has, for a while at least, been the most fruitful place to bat, although with Joe Root having definitively joined Virat Kohli as a four, and Steve Smith and AB de Villiers potentially following suit, the statistical pendulum may swing four back to post-war cricket's undisputable Greatest Test Batting position.

As numerous English literature teachers have no doubt stated to sceptical schoolchildren wondering why they have to read a book of more than 100 pages in which no one gets blown to pieces, eaten by a zombie, or abducted by aliens, the world and its ways of life may have changed unrecognisably over the past 200 years, but Jane Austen remains just as relevant today as when she penned her masterpieces. 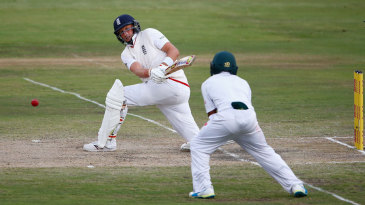 England's two-down batsmen have been the least prolific among the top eight teams in the last 40 years, but in Joe Root they have a possible long-term solution 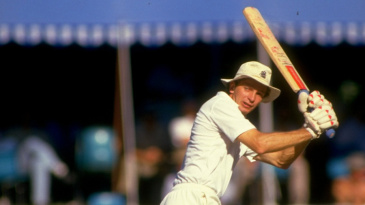 Clarke's problems at No. 4

Australia's captain averages almost 64 in Tests when batting at No. 5, but at four his average drops to a third of that figure