I was an average player who made the most of what I had. I was pretty strong mentally, had above-average fitness - more stamina than speed. I had just enough talent to see me through.

You'll come up against more talented players than you, but you don't go and play for your country if you haven't got confidence in your own ability.

When I played, there wasn't the communication between selectors and players that was needed. Selectors had an idea of what they wanted and why they wanted it. That was never introduced into the changing room, though. You have to remember that there was no such thing as a cricket manager back then, no Andy Flower who was on the selection team and in the dressing room.

My benefit season in 1985 was right in the middle of the miner's strike. It was a bit of a challenge holding a benefit in Derbyshire back then. Not a lot of money made by the end of it, and understandably so. Lots of people were out of work because of pit closures. Many more were on strike. It was a dream being told that I was selected for England.

We were playing at Aigburth in Liverpool. Mike Hendrick was batting against Lancashire, who had just signed West Indies fast bowler Colin Croft. David Lloyd was at short leg. Hendrick stopped the game, and wanted a chat with Bumble. "What are you doing there?" Hendrick asked him. Bumble replied: "I always field here to Crofty," to which Hendrick said: "You won't today, because by the time I've finished backing away, I'll be standing in your spot."

It was an honour and privilege, as a selector, to be able to tell someone that their dream was coming true to play for England.

"I was pulled over for speeding. The policeman said: 'You're the fellow who's never had a hundred. Well you have now.' That hundred [miles an hour] cost me £40 and three points"

If a spinner isn't a Graeme Swann or a Muttiah Muralitharan, it's important that they contribute other things to the side. The more quality strings to your bow, the better. Depth in bowling and batting is absolutely paramount.

I had three years as a county captain, for Derbyshire, but I did it too early. It would have been better had it happened three years later. I was still learning about certain aspects of captaincy and man management on the job.

In the 1970s and early '80s, there were more people in county cricket who had a shot at playing for England. Everybody had someone who was around or about England standard.

Ian Botham wasn't impressed, back in 1978, when I was put above him in the batting order. We've had lots of laughs about it since, though. I'd started my England career before Ian and had a couple of decent innings. I'd got 98 against Pakistan in Lahore. Then I went to New Zealand, which was where Ian started playing regularly, and I batted No. 3 in one game. Mike Brearley got injured, Geoff Boycott was captain, and we had to do a bit of filling in. In one Test I got 89. 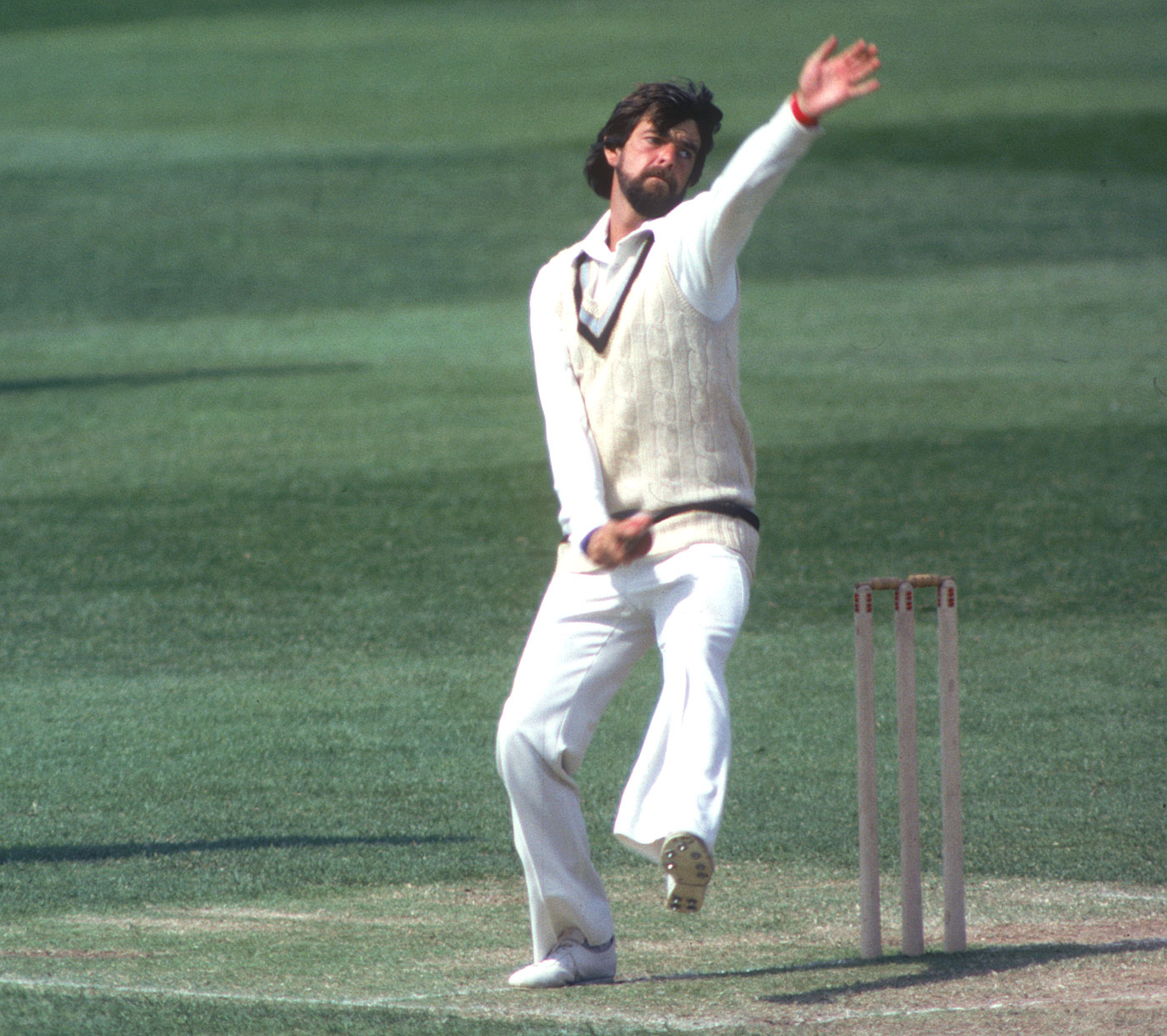 "I had three years as a county captain, for Derbyshire, but I did it too early" © Getty Images

I enjoyed the banter between players. If someone had to resort to sledging then I knew well that the only reason for doing that was to try and stop you from concentrating. With my ability they didn't need to worry about doing that.

England played six spinners in my first Test, at The Oval in 1976, not all of them front-line spinners. There was Derek Underwood and myself. Peter Willey, Chris Balderstone, Tony Greig, who bowled spin sometimes, and David Steele. West Indies scored 687 for 8 in the first innings and 182 for 1 in 32 overs in the second. Viv Richards scored 291.

When I retired from first-class cricket, in 1990, I ran a sports shop with a friend of mine, Ernie Moss, who played football for Chesterfield.

I hadn't played for England for two years, and then, for some unknown reason I was selected for two Test matches against West Indies in 1984. I think I was seen as a decent player of seam bowling, especially down the order, as it elongated the batting line-up. But I didn't do very well.

Not being super-talented helped me understand more about what it takes to be an international cricketer, which in turn helped me when I became a selector.

"If your name is Miller or a Rhodes up north in England, then your nickname is always Dusty. A miller makes flour in a mill, so dusty. Nothing clever at all"

Was the 1981 West Indies attack better than the 1984 bowling line-up? The only difference was that [Andy] Roberts had finished and Malcolm Marshall took his position. Neither of those two attacks were particularly pleasant to face.

As a seven-year-old in Chesterfield, at 5 in the morning on January 10 1959, I went downstairs because I heard a noise. My father was making a fire. I asked him what the noise was - he had the radio on. He told me that on the radio was the Ashes. This is England versus Australia, at cricket, in Australia. They're playing in Sydney. Fred Trueman was bowling to Norman O'Neil. He said: "Just think. One day, I could be listening to you playing for England, in Australia, for the Ashes."

John Emburey was a rival for the offspinner's role in the England side. I didn't spin the ball as much as him. Or swear as much as he did.

I only got two first-class hundreds in my entire career. I started in 1972 and didn't get the first one until 1985. It was a big thing in county cricket.

If your name is Miller or a Rhodes up north in England, then your nickname is always Dusty. A miller makes flour in a mill, so dusty. Nothing clever at all. 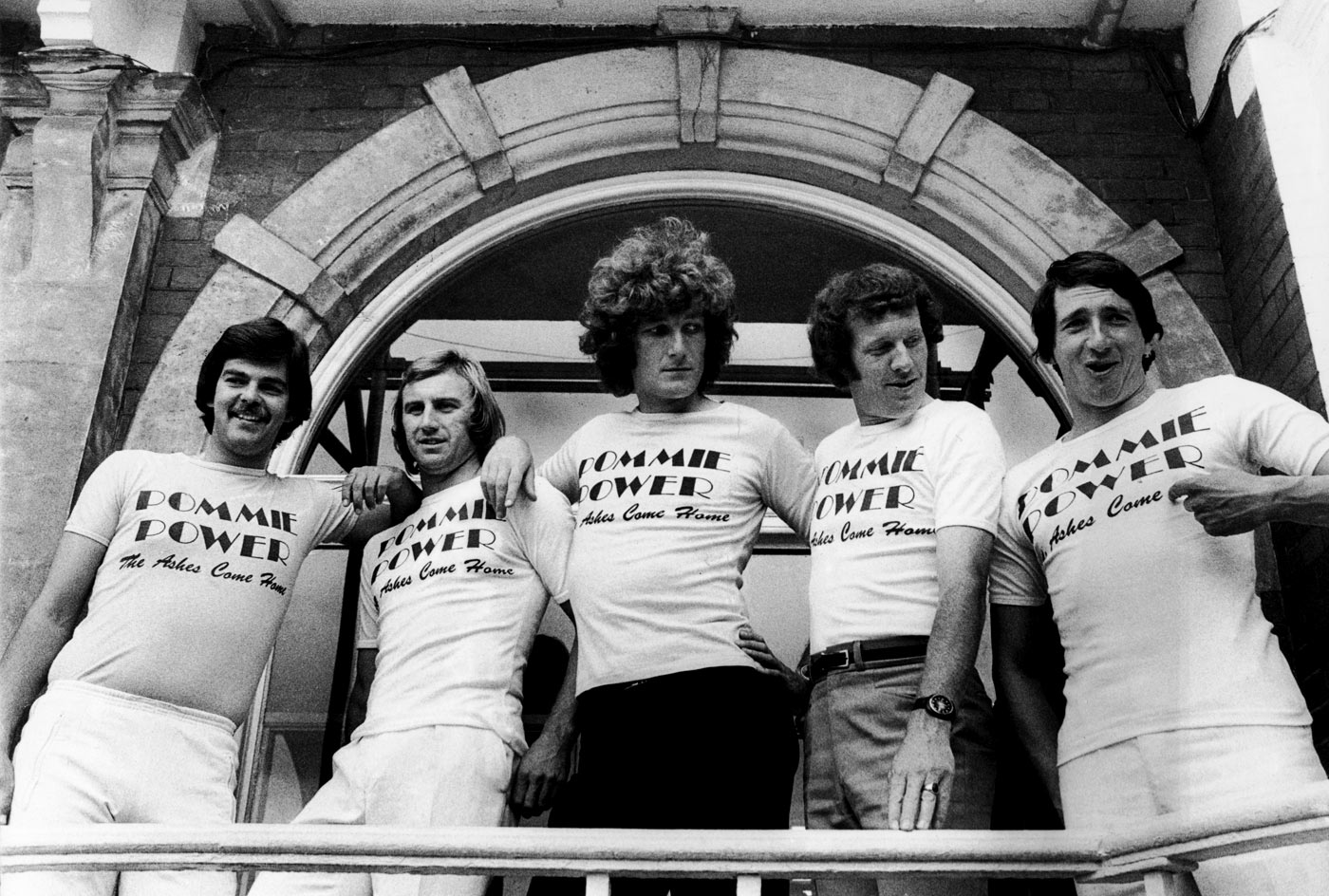 One of the biggest moments of my life was walking out in my first Ashes Test, knowing it was being commented on back in England, and that my dad would be listening.

I didn't bowl much for Derbyshire in my early days. Derbyshire had Venkat [S Venkataraghavan] so I was the secondary spinner, learning my trade from watching one of the best in the world, so that helped.

I was on my way to Scarborough, to play against Yorkshire, and I was pulled over for speeding. The policeman played cricket for Malton near York and I'd got my name on the side of the car. "You're the fellow who's never had a hundred," he said. "Well you have now." That hundred [miles an hour] cost me £40 and three points.

In 1986, during the last game of the season, against Essex, Graham Gooch found out I was thinking of retiring. He asked me to come and play for Essex for a couple of years. They needed a new spinner. David Acfield was finishing, Ray East had finished. I played at Essex for three years, but by then I was virtually over the hill. I was doing a job, but it wasn't the same kind of quality that I'd had. I went back to Derbyshire for one final year, just to help out.

I tried to get players to respect what the selectors were trying to achieve and how we were trying to achieve it. I was constantly in communication with players, letting them ask questions so they know where they stood and what they needed to do if they felt they were England quality. That, as opposed to "I don't know what I'm supposed to do, nobody told me why I've been left out or dropped for no reason." I hope that over my period of time I achieved that.

I went on England's open-top bus tour after we'd won the Ashes in 2005. But I was in the covered area down below.

"If a spinner isn't a Graeme Swann or a Muttiah Muralitharan, it's important that they contribute other things to the side"

Sometimes players come to you when they're nearing the end of their careers and ask whether you think it's time for them to quit, and I'd offer them advice and let them know how the selectors were thinking. Occasionally I'd have to go to a player who we wanted to leave out and tell him it was time to quit. Give him the chance to go before he was pushed.

Are English players learning from playing against, and alongside, the overseas players we have in county cricket, today? Or are we just providing an avenue for these players to earn money?

If I hadn't been a cricketer I'd have probably ended up behind a desk. When I left school I was a quantity surveyor, before Derbyshire gave me a contract. But it would have been for a short period of time, because it doesn't appeal to me one iota.

I was interviewed to play for Lancashire in 1981. I wasn't sure about the direction Derbyshire was going in, so Clive Lloyd and Jack Bond came down to see me. Then a new Derbyshire secretary came in and I decided to stay on.

Much later, after my dad died, my mum said to me: "You know your dad's biggest disappointment with you as a cricketer was that you didn't play for Lancashire?" Turns out he was a Lancastrian but never told me because he didn't want to influence my decisions. 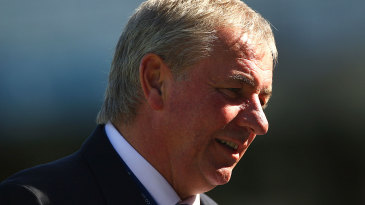 'Being a selector is about spotting strength of character'

Former England selection chief David Graveney talks about what it takes to identify the best players, and his relationship with coaches and the media

Hooked by the Miller's tale