The beard in winter: Grace on his 66th birthday

Everyone knows WG Grace. He isn't synonymous with cricket; he's been in a partnership with it since the 1800s. There are busts of him, statues of him, pictures of him, avatars of him the world over. He has gates named after him, has starred in films posthumously, and people are still writing non-fiction, and fiction, about him.

My father's unkind nickname from his wicketkeeper was WG. Virtually any tubby bloke with a noticeable beard from a cricket nation has probably been called the same.

Where I live, a four-and-a-half-minute walk away is a pub. It is not a great pub. It's oddly set up, has a poor bourbon selection, and it sells "jam donut shots". They once advertised a "black Elvis" performance. Mostly it is only full when there has been a big funeral at the cemetery next door.

The pub is called The Graces.

In that cemetery, barely an Albert Trott hit away, on the side opposite Thomas Crapper's grave, rests WG Grace. It is an old cemetery, full of South London families of the highest order. The gravestones are amazingly big, and expensive looking. But in the older areas, reserved for those long dead, they are crumbling, falling or just indistinguishable because of their fading greyness.

What of the fact that despite saying he was an amateur, he was better paid than any of the professionals he played with? Or that he missed Test tours when the price wasn't right?

One stands out. It doesn't have a belly or a beard, but it isn't made of the normal concrete that the others are made of. This one is resplendent in its cricket-white marble. As the history fades around him, Grace's grave looks brand new. Quite often, over 100 years on from his death, there will be flowers there.

Even I visited it, and I hate WG Grace.

I don't hate the man or the player, but I hate what he stands for. That he represents the English class system, the English-focused coverage of cricket history, or even its present. The idea that cricket was somehow better in his day. And that he is an untouchable cricket deity whom we all have to respect.

The grand old man, they call him.

Let's dissect the grand old man. He was born into a world that was segregated along class lines. He was on the right side of the segregation. That meant that he wasn't some kid out on the street playing when he could, but that he had access to his own coach. Oh, how many young boys who loved cricket would like to, as Grace puts it, be born "in the atmosphere of cricket"?

Grace's second bit of luck was that he lived in an interesting time for cricket. There was underarm bowling, roundarm bowling and overarm bowling. Cricket has never truly had an era like it. A new kind of batting would have to be invented to conquer it. So Grace did something foreign to other batsmen. He went forward when the ball was full, or back when it was short. 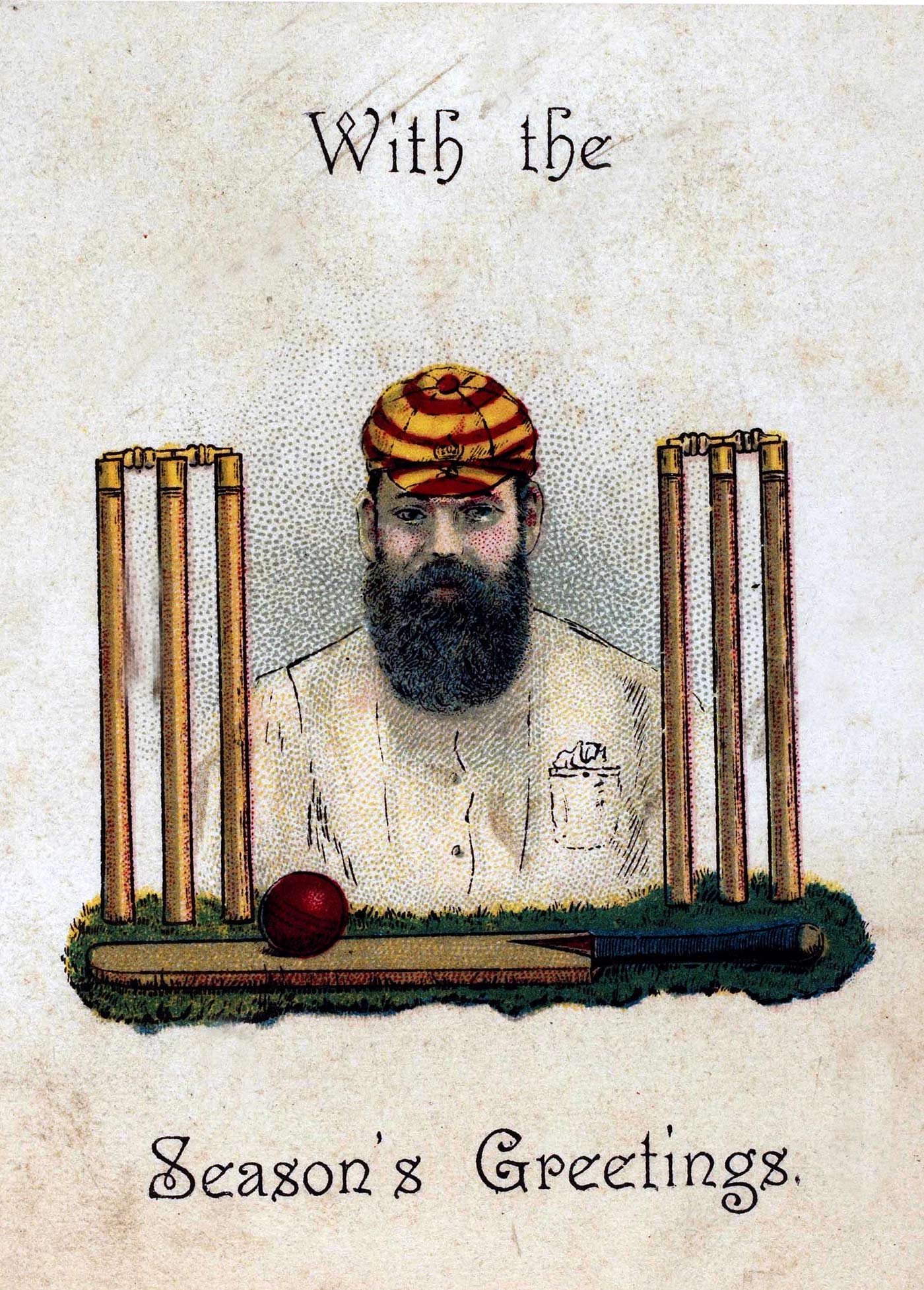 Back then it was a revolution. Now we call it batting.

This, and the runs he scored, helped him change the game. Build the game, even.

And he did so for good and proper cricket reasons. Grace was, at his best, perhaps even better than his rivals than Don Bradman ever was. In 1871 he scored ten first-class hundreds. The rest of cricket in England - county, university, Gentlemen v Players, and whatever other nonsense games had first-class status that summer, 52 of them in all - produced only seven more. He didn't outscore other batsmen, he outscored all of cricket.

His natural class - and he was a gentleman, but far from the lords, dukes and earls who also played cricket - was also a huge help to him. And, cricket.

Had he been a woman, of any shade of pigmentation darker than white, or poor, he wouldn't have become a worldwide name.

Grace made Kevin Pietersen look like Alastair Cook. Yet, he's a hero. An icon. The grand old man from cricket's supposed golden era

Grace was such a big-ticket item that tickets were more expensive when his name was on them. Yankee Stadium was known as "the house that Ruth built". Grace was doing that to stadia across England, and beyond, before baseball was America's pastime. He was a global athlete before sport was global. And before sportsmen were famous. He had played in Australia, Malta, Ceylon, Scotland, Ireland, New Zealand, Canada and the US before the modern Olympics began.

Besides Queen Victoria, Grace had the most famous face in Britain. The face of Colman's Mustard. One of the first advertising deals in sports history. He was a megastar before the term had been invented. He had a well-known image before close-ups and Jumbotrons.

You can see why this player, nay gentleman superstar, is still so much thought of today. Why he is often seen as the God of the game. This heavenly creature of legend - sure a bit cheeky, putting the bails back on and such, but totally justified considering what he did for the sport.

It's the holy image that grates on me. I love that he helped batting, and advertised cricket like his beard was a wandering billboard. But he wasn't some lovely old chap who was a bit cheeky; he was a ruthless bastard who hated to lose, and loved to make money.

To use a Monty Pythonism, which is apt, as it was they who used Grace as God in their films, "He's not the messiah, he's a very naughty boy."

Grace ran out Sammy Jones in a Test match when Jones went down the pitch to do some gardening. How would the great and good who trickle through the Grace gates early on the morning of a Lord's Test handle their captain doing the same now? Or an opposition captain? They wouldn't have to pop out the champagne corks, they'd inhale them with violent shocked breaths.

And what of his sporting kidnapping of Billy Midwinter from the Australian team? Or the fact that despite saying he was an amateur, he was better paid than any of the professionals he played with? Or that he missed Test tours when the price wasn't right? Or that he missed Tests at all? Or, most shockingly, that he was accused by the Sydney Mail of betting on the matches he played in? 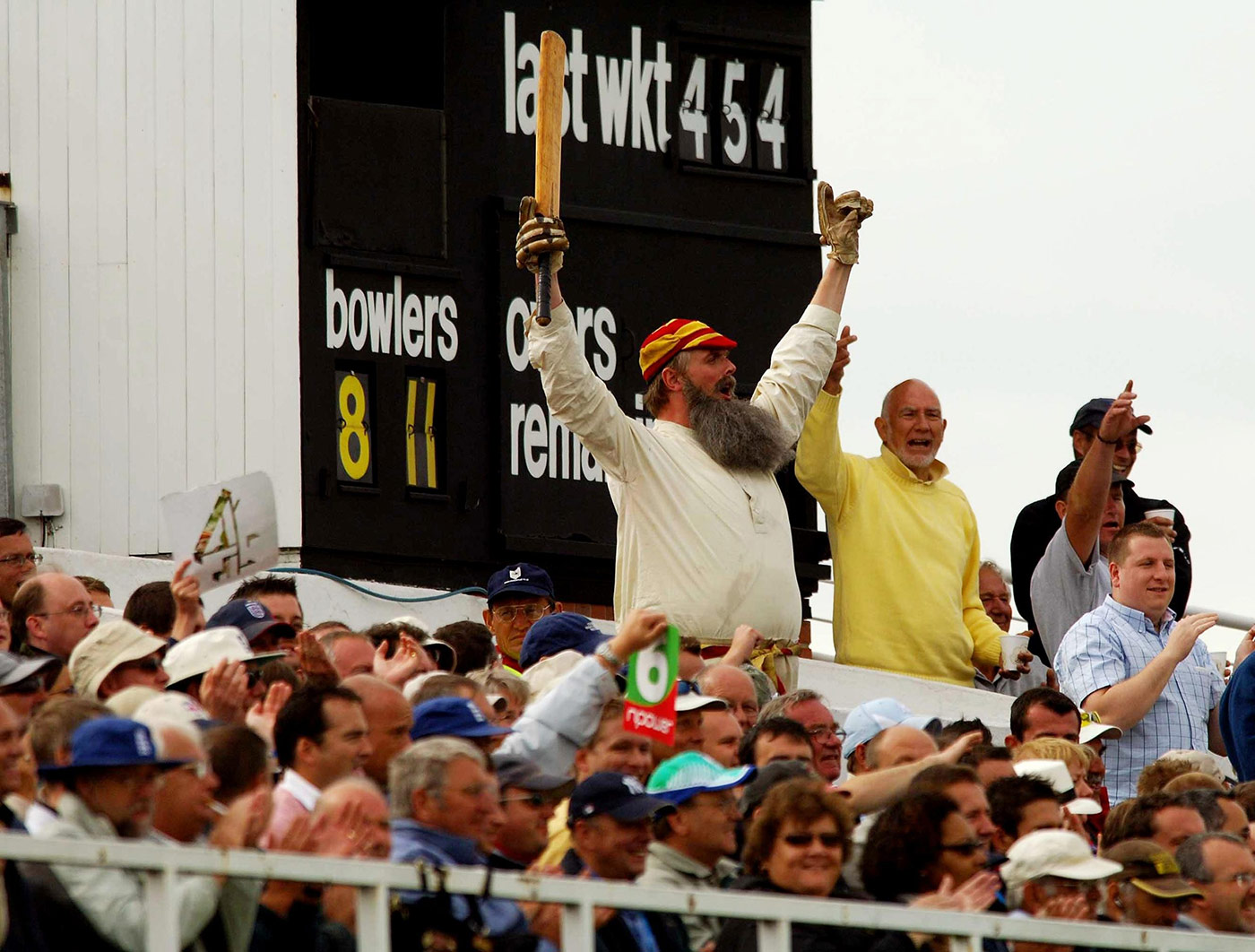 Ever the icon: a spectator kitted out as the good doctor at the Trent Bridge Test of 2005 © PA Photos

Grace made Kevin Pietersen look like Alastair Cook. Yet he's a hero. An icon. The grand old man from cricket's supposed golden era, when to play cricket you needed a penis, a white penis, and it helped if that penis came from the right kind of family.

It isn't really Grace whom I hate. Sure, he comes across as an egocentric out-of-touch bore who thought the rules didn't apply to him. But he could bat. And really, that should, and does matter most.

What I really hate is the whitewashing of his story to make him seem more like a cheeky star rather than what he was, a freelance cricketer who did whatever he had to do to improve his bank balance and image, and occasionally to win. That is okay. That doesn't make him a gentleman, and given that he is cricket's holy ghost, that puts him in direct conflict with those who hold the spirit of cricket to their bosom.

Maybe what bothers me the most is that despite knowing what he looks like, and that he was great at cricket, most people don't actually know Grace. They know the image now, not the man.

He was international cricket's first flawed genius. A one-man evolution. A billboard. A cheat. A batsman. A bastard. But what a bastard.

Jarrod Kimber is the author of Test Cricket: The Unauthorised Biography and director of Death of a Gentleman. @ajarrodkimber 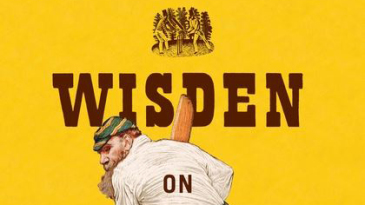 Either way, WG Grace generated more than his share of column centimetres, in his lifetime and beyond 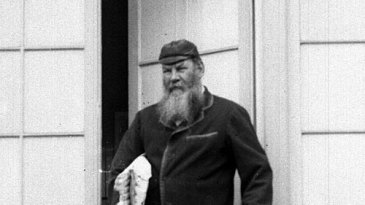 In the late 1800s, one man was synonymous with cricket, and enchanted all who came to see him bat. Truly was he nearly as big as the game 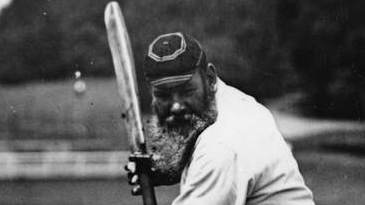 On his 150th birth anniversary, we remember the man who found cricket a country pastime and left it a national institution