When the subject of cricket songs is broached, it's usually 10cc's "Dreadlock Holiday" or Sherbet's "Howzat" that are unimaginatively proffered (neither of which are actually about cricket, unless the latter is narrated by a most involved wicketkeeper). For those searching deeper, if fond of whimsy, you may be pleased by the Duckworth Lewis Method; or, for the sport in its most lofty musical setting, there is Roy Harper's "When an Old Cricketer Leaves the Crease".

Then, further along, is a strange and absorbing body of cricket music miscellany and a fifer for another day in the realm of cricketers performing music themselves (come and see AB de Villiers draw a fireball from his chest).

This is all lovely, has been written of elsewhere, and misses the gilded body of music devoted to cricket that originated from the Caribbean. This is a vital music, not shallying around with the novelty of the sport in song but addressing issues and players with eloquence, deft turns of phrase and humour, in musical settings of verve. Songs, in fact, that you'll likely want to listen to more than once and may come to download onto a listening device.

Here are five of the best. 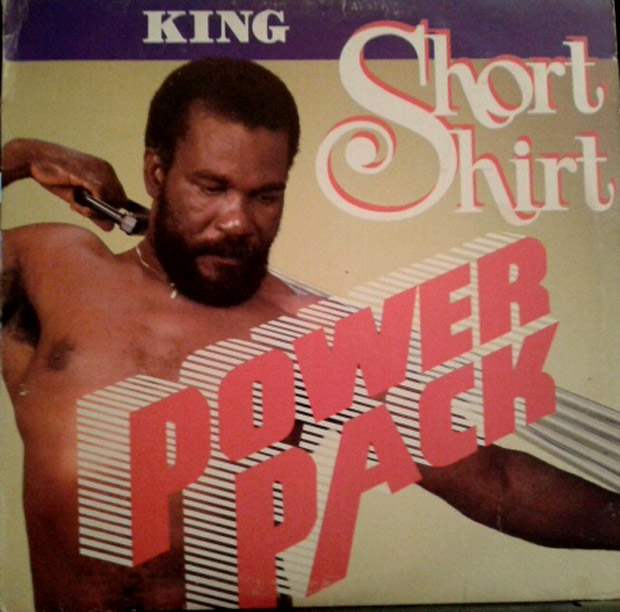 King Short Shirt: "Vivian Richards"
Commencing with a roar from the Antiguan singer (his wonderful name stemming from his sister saving on material when making his shirts as a boy) in voice and band, this number is charged with vigour. The horn lines are fantastically inventive, the guitar voicings may lead those suitably excited to dance, and the rhythm section is rabid.

Doubling his voice throughout, giving the impression of a fellow bellowing from a mountain, Short Shirt is suitably majestic in heralding Viv Richards. The cricketer's attributes are the stuff of ecstasy, with breathtaking late cuts, plundering drives, a classical and noble defence, and cunning manipulation of opposing fieldsmen drawing, in evocative phrase, "people applauding for runs like bread".

Short Shirt's praises are as edifying as pleasing, reaching their pith in the chorus, with emphasis given to Richards' coordination of body and mind. Here, profoundly, we have sports psychology in a song. Richards is terrified by no bowler, as roll call is given to Thomson, Lillee, Bedi and Chandrasekhar (how Caribbean singers can make music in enunciating player names). Short Shirt gives another roar before the final chorus for full measure.

Lord Short Shirt (who has since found Christ and changed his title) appeared in the film Fire in Babylon arrayed in a blue suit and a wide-brimmed hat, perched on a giant tree root, genially singing this number with a pal.

De Alberto: Chanderpaul
In distinction to King Short Shirt's musical rumpus and homage of awe, De Alberto's laud to Shivnarine Chanderpaul is suffused with love. Backed with a chorus of voices, the singer addresses his subject in phrases of adorable gentleness.

"My boy, Chander" is praised for his universal appeal, batting - with Christian iconography - for Peter, Paul, everybody and all. As one might imagine, the batsman is celebrated not for grace or for being debonair, but as with recent tributes upon his official retirement, the song stresses its subject's reliability and resoluteness among unstable batting. However, any dourness of these sterling qualities - such as one might remember from watching him bat - is charmingly evaded in this number of joy.

The song marks a succession in epoch from "Vivian Richards". Here the horns and percussion of calypso's classical age have given way to synthesisers and drum machines, which, if less lusty in timbre, are convivial yet in spirit. In a pleasing progression of the generations, a 1999 match report from Nevil Road records De Alberto bolstering a musical troupe in the D Stand, singing Short Shirt's laud for Richards, and hitting bottles with spoons as the accompaniment.

Chanderpaul has, unsurprisingly given his upstanding role in the West Indian side these past two decades, been the subject of an abundance of musical tributes. The batsman is proudly celebrated, particularly in Guyana, through chutneys to songs of racial reconciliation. Mighty Sparrow: Sir Garfield Sobers
This puffed-up paean to the West Indian home triumph over Australia in 1964-65 commences with a reckoning of the winning captain's supernal qualities, shifting from Garry Sobers' place among the planets to his handsome bearing to a presumption that the Barbadian be knighted (some ten years before the Queen duly performed the honour).

Mighty Sparrow, the most verbally muscular of calypsonians, is fervid here, dancing all around the beat in delivery. The band accompaniment, with horn flourishes and even a pair of saxophone solos, is almost incidental, for it is Sparrow who drives the song and leads its persuasive chorus. His glee, as he exults in the win and repeats the prescient point to the defeated - "you lost" (stated 12 times) - is a joy to share.

Despite the song's title, Sparrow's celebration extends to the entire West Indian XI. Most players are mentioned twice, along with their points of strength, and extolled with calls for "three cheers" and "hip-hip-hooray". A particularly expressive moment comes as Sparrow treats the series' point of controversy with accusations of chucking against Charlie Griffith. There is no veil upon the singer's fury, shared by much of the Caribbean, and Sparrow unleashes himself in mockery against the defeated side.

Given the calypsonian's powers, it's a shame that Sparrow only ever again turned to the sport over a decade later, with his questioning of Kerry Packer.

Dave Martins and the Tradewinds: "Take a Rest"
To save this fifer from the crypt of cricket history, it's germane to include a contemporary number. Over Sean Paul and Square One's "West Indies Cricket" and Shaggy and colleagues' "The Game of Love and Unity", it's a 50-year-old band, the Tradewinds, preferred here for a song of the highest relevance.

"Take a Rest" tackles administrative wrongdoing in cricket, a subject ever- willingly gulped up by the punter. "I'm writing to the West Indies board," begins septuagenarian singer Dave Martins' diatribe. Sadly, one need only browse through Tony Cozier's prescient pieces for ESPNcricinfo to realise that this is no meandering rant. The region's perennially criticised board is wide open to scrutiny as West Indies play ever more meaningless Test cricket.

Here the WICB - accused of confusing players and sponsors, resisting reform and smoking marijuana - is enjoined: "All ya take a rest." Martins' lyric of occasional farce is deadly serious in intent. "I believe that where appeals to reason and national pride have failed, a comedic song, addressed to the board, may propel the desired result. In my career, I've learned that sometimes the message, coated in laughter, can have an effect when the serious message is ignored," he says in a write-up accompanying the song. Lord Relator: "Gavaskar"
A celebration, ostensibly, of India's 0-1 series victory in the West Indies in 1971, with Sunil Gavaskar, on debut, making 774 runs at 154.80. Relator's praise - delighting in each syllable when naming the Indian players - humiliates the home team as much as heaps credit on the visitors. As Sparrow gloated six years earlier for Sobers and West Indies, so is Relator scathing here of the Caribbean side. It is Sobers who comes in for particular criticism, with Relator propounding coaching for his captaincy and blaming his duck in the second innings of the fifth Test on his becoming a father midway through the match (Sobers made 132 in the first innings).

This prescribed recording, a 2009 session featuring Relator with a Latin ensemble, has jazz voicings in guitar and piano, a galloping rhythm section, and steel pan gracing the interludes. It's a musical setting that sounds like a refined hotel lobby rather than a calypso tent. Over it skirts the compelling tenor of the elder Relator, not so strong on the high notes, hurtling over tricky sibilants with precision.

On his subsequent tour to the West Indies, Gavaskar wrote that the song was, "audible right from the morning until the evening. Though the tune is catchy even I was a little tired of hearing it. I wished they would play something else."

This potted list ignores David Rudder's entire album devoted to the sport, along with Lord Kitchener's refined efforts in the genre. The Caribbean teems with songs on cricket. The Trinidad and Tobago Guardian claims there are 140 calypsos related to cricket. Who is to tell how many more socas, chutneys, reggae and other tunes traverse the region? If this inspires you to find more, then do tell.

Benjamin Golby takes a keen interest in music related to cricket and believes the Caribbean's canon to be one of the sport's chief, and unnoticed, cultural treasures A song and dance about bat and ball

This week on What We're Watching, we bring you the music of cricket 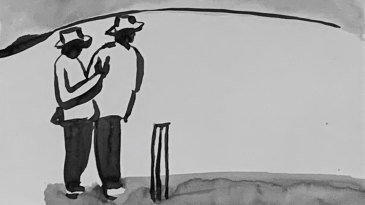