A cricket dressing room is at once a private and a communal space, a refuge from the rest of the world and a place to let it all hang out. Teams are tested on the field but they are formed in the dressing room.

If the moustache doesn't reveal the era in which the photograph above was taken, the white belt looped around a pair of trousers in the top right-hand corner and the argyle-patterned sleeve peeking out at left ought to. Ian Chappell, who really should have modelled for Calvin Klein, relaxes in the SCG dressing room after regaining the Ashes in January 1975. I'm guessing the open tin next to his boot is being used as an ashtray and that those bottles don't contain protein shakes. Wonder to whom the bag with the monogrammed R belongs. And when was the last time we saw Test match shirts with buttons on them? In Chappell's era, losing teams often joined the winners for a drink or two, as indeed they continue to do. Here in 2003, the Australian and West Indian teams mingle at the end of a long tour, after the seventh ODI in Grenada. Chris Gayle (third from left) was Man of the Match for his five wickets and 60 runs. Sometimes the victory is so momentous that you need to rock the celebrations. Elton John joins Mike Gatting and Co in the MCG dressing room after England won the Ashes in Australia (the last time they would hold the trophy for the next 18 years). "Having Elton around was just one of the reasons that this was my favourite tour as an England cricketer" Ian Botham, at far right, told Sky Sports in 2013. "I'll never forget celebrating back at our hotel after winning the Ashes in Melbourne with Elton DJ-ing! Beating the Aussies was the best possible way to put the lid on the events of 1986, which had been a turbulent year, and although I was shattered by the end of it, every bit of banter, camaraderie and success made the sweat and strain worth it." 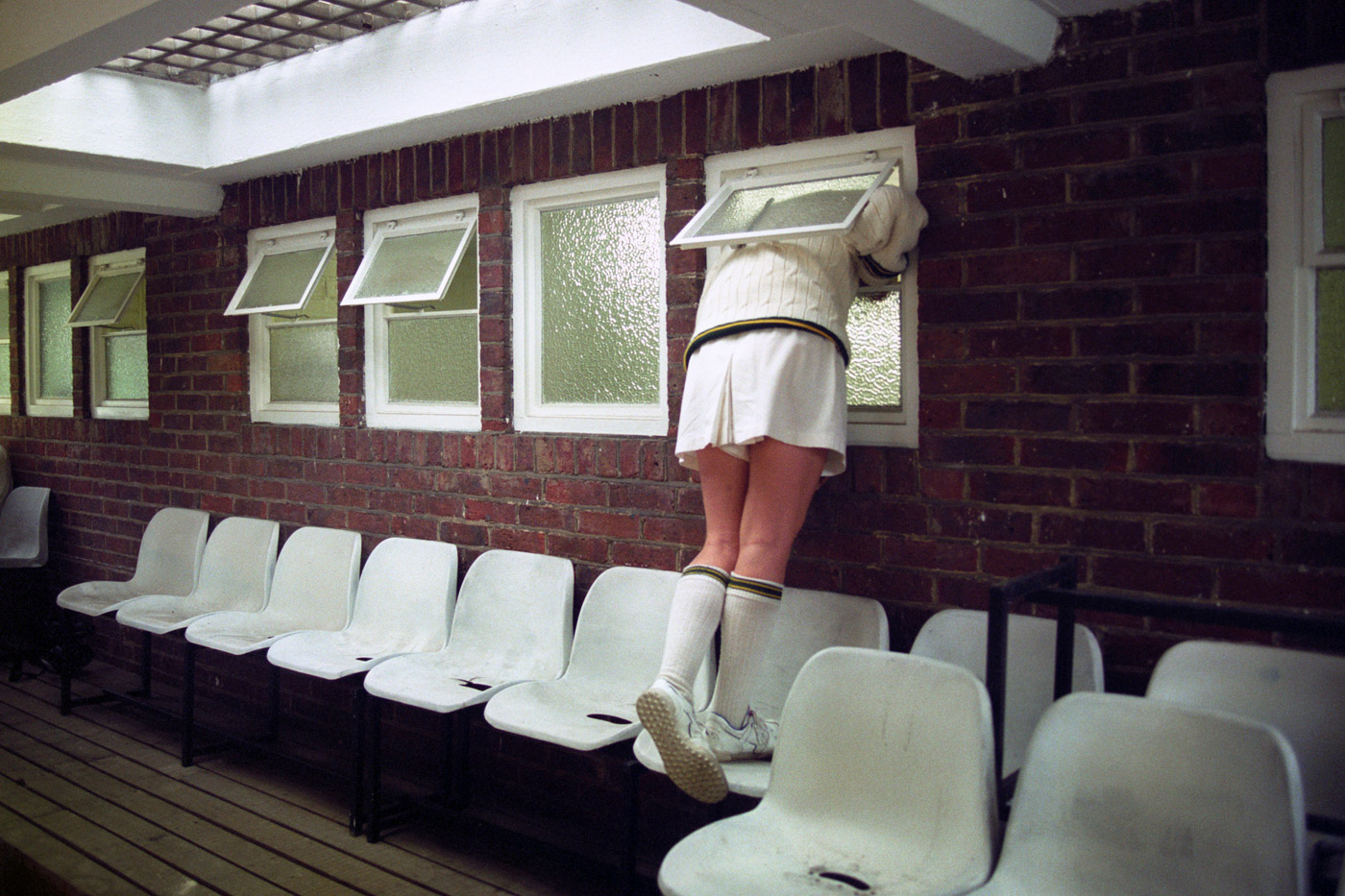 The pressure of a high-profile match can be too much to take at times. Like in this Women's World Cup game at Guildford in 1993. Before a team occupies a dressing room. 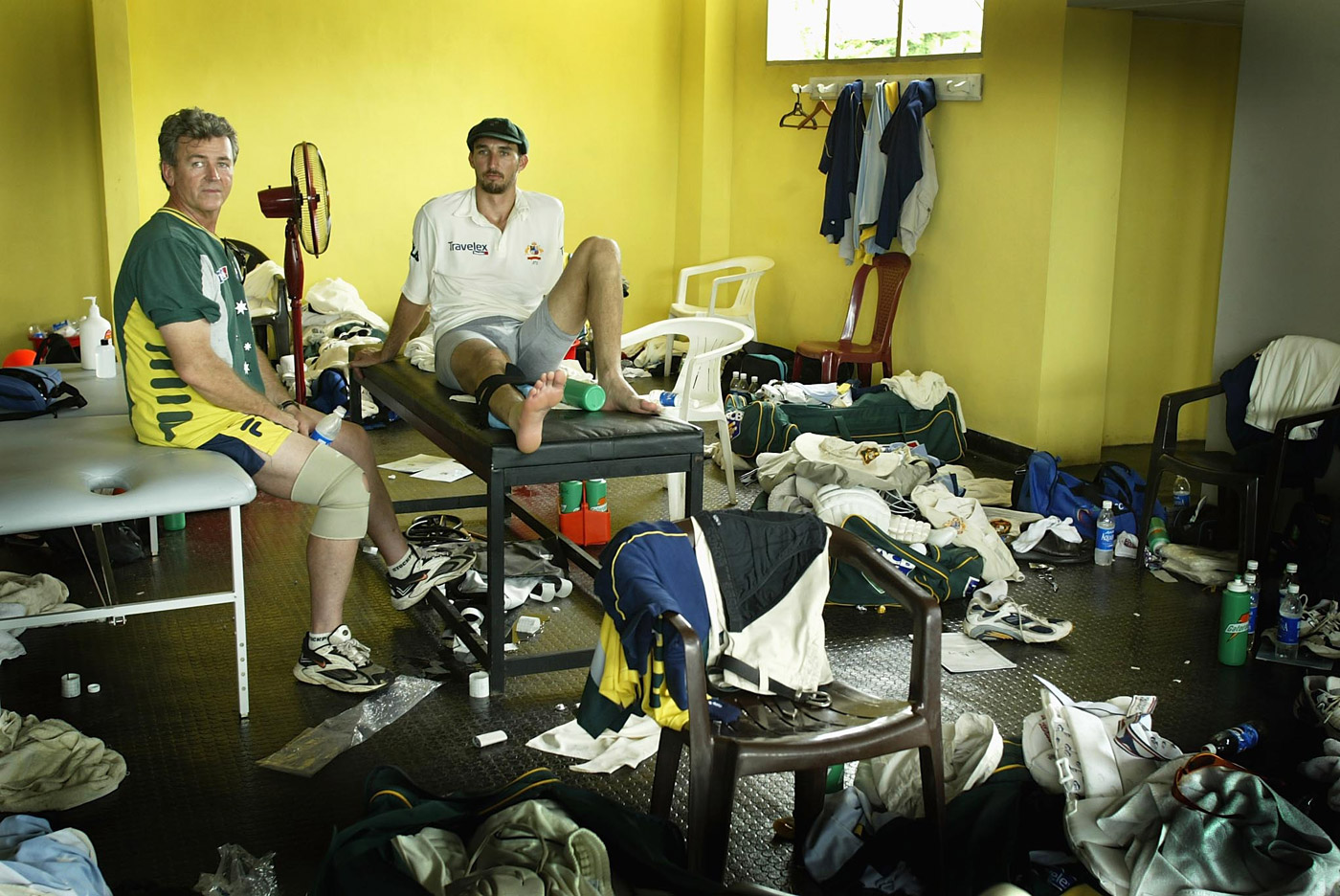 I don't know how much this photograph reveals about the Nottinghamshire dressing room from 1997 (except an inconvenient blocking of a doorway), but it has metaphoric relevance. As outsiders, we try to vicariously experience the playing life by peeping into dressing rooms - are they gelling well together, is there discord, who's friends with whom, how secure is that towel? Here's a look at former England captain Norman Yardley receiving a massage at Old Trafford in 1947. Steve and Mark Waugh receive cakes and walking sticks for their 36th birthdays, during the 2001 Ashes tour. 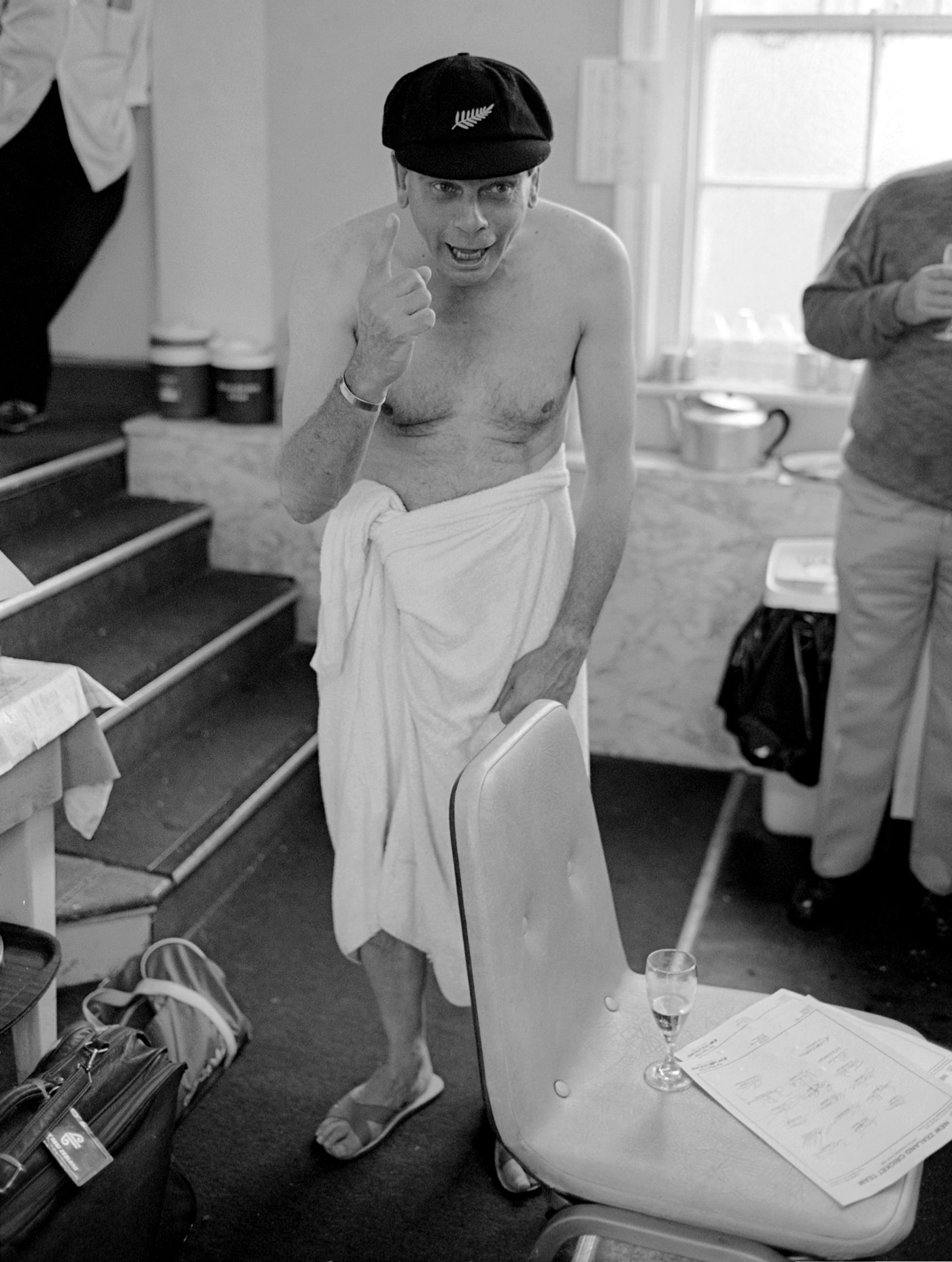 Dickie Bird visits the New Zealand dressing room at The Oval at the end of the 1986 series and informs us that they won 1-0. Rested from a tour game in Paarl during England's 1995-96 tour of South Africa, Mark Ramprakash makes use of the free time to air his dirty linen in public. 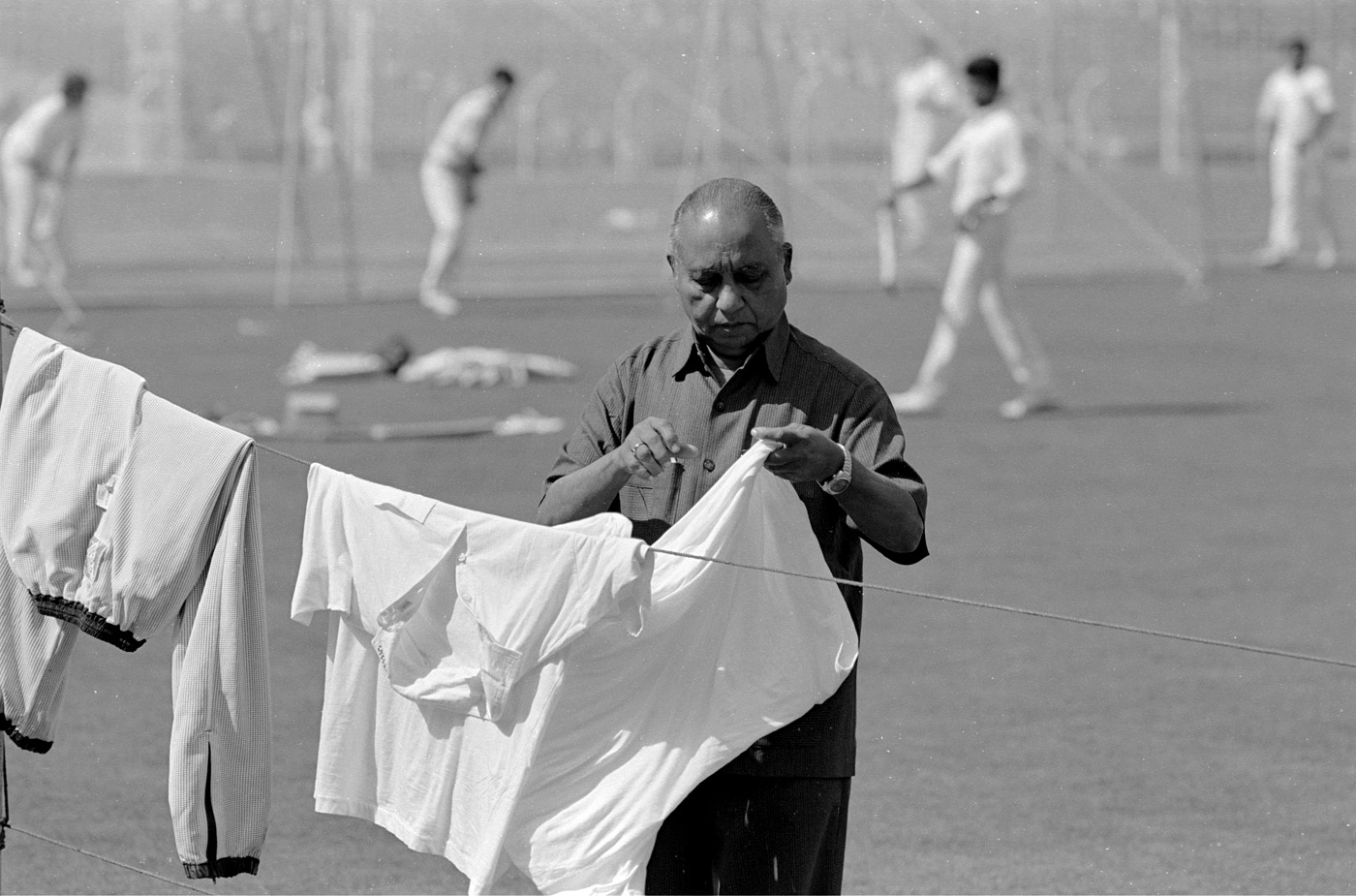 In India, the England team of 1993 had the luxury of having a dressing-room and kit attendant, Govind Bawji, seen here hanging up the washing ahead of the first Test in Kolkata. 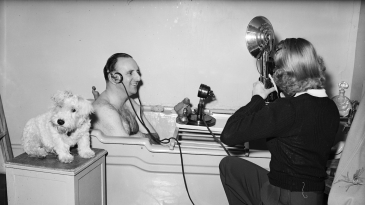