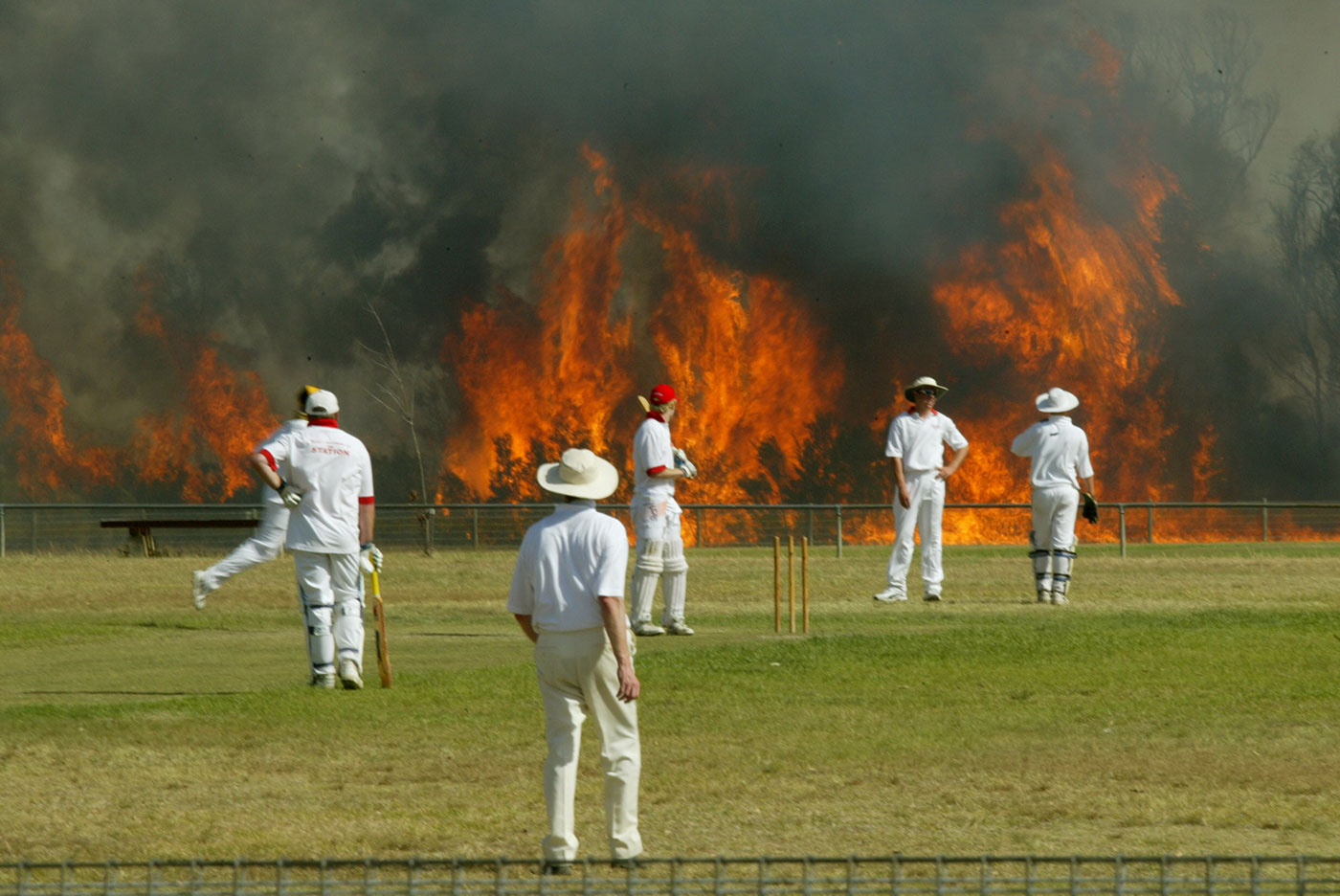 More than any other major sport, cricket is exposed to the four natural elements, even though it cannot be played even under a light drizzle - or so decree international umpires.

Fire
No such problem with flames, it would seem, as club cricketers in Cessnock, New South Wales prove here by continuing their game even as huge bush fires rage by the boundary, 2002. 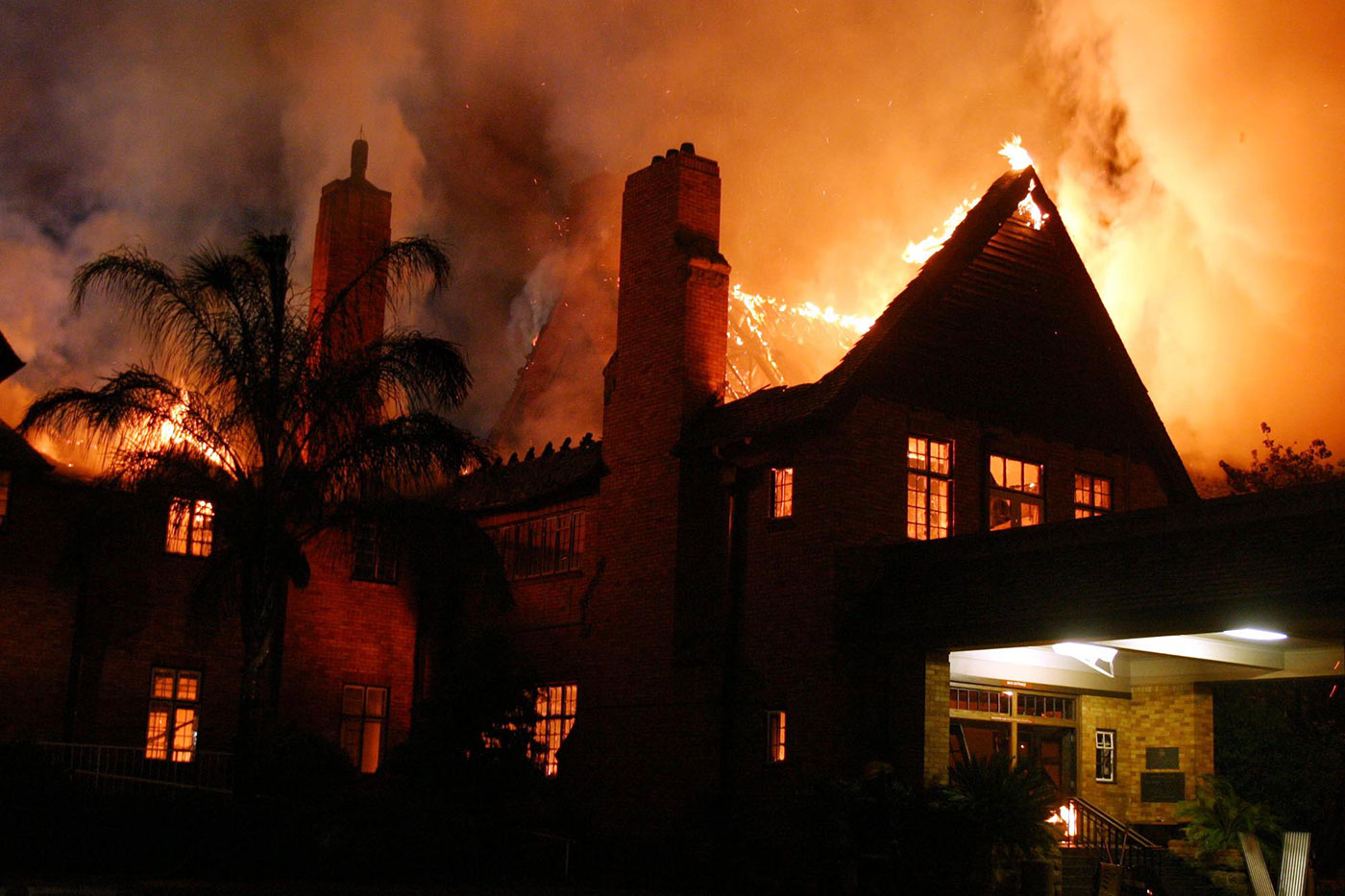 In 2004, a large portion of the Wanderers Club in Johannesburg, first erected in 1944, was destroyed in a fire. The flames could be seen from the nearby Wanderers Stadium, which was hosting a South Africa A-New Zealand A ODI. 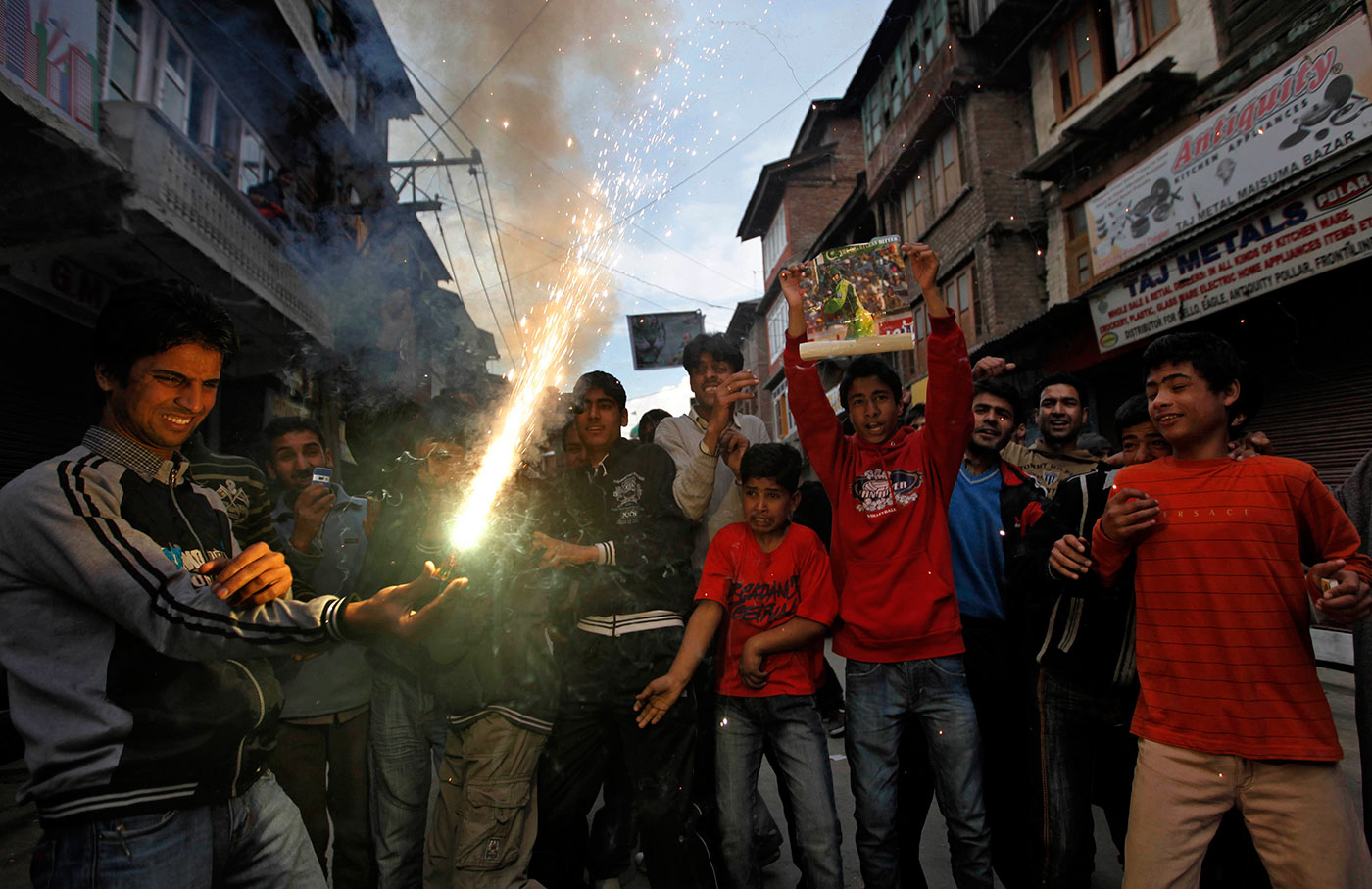 Firecrackers are one way to celebrate your team's victory. They are also handy objects to start riotous fires with in the stands. Then there's the religious fire: Indian fans pray for their team to win the 2015 World Cup semi-final against Australia. (They did not.) 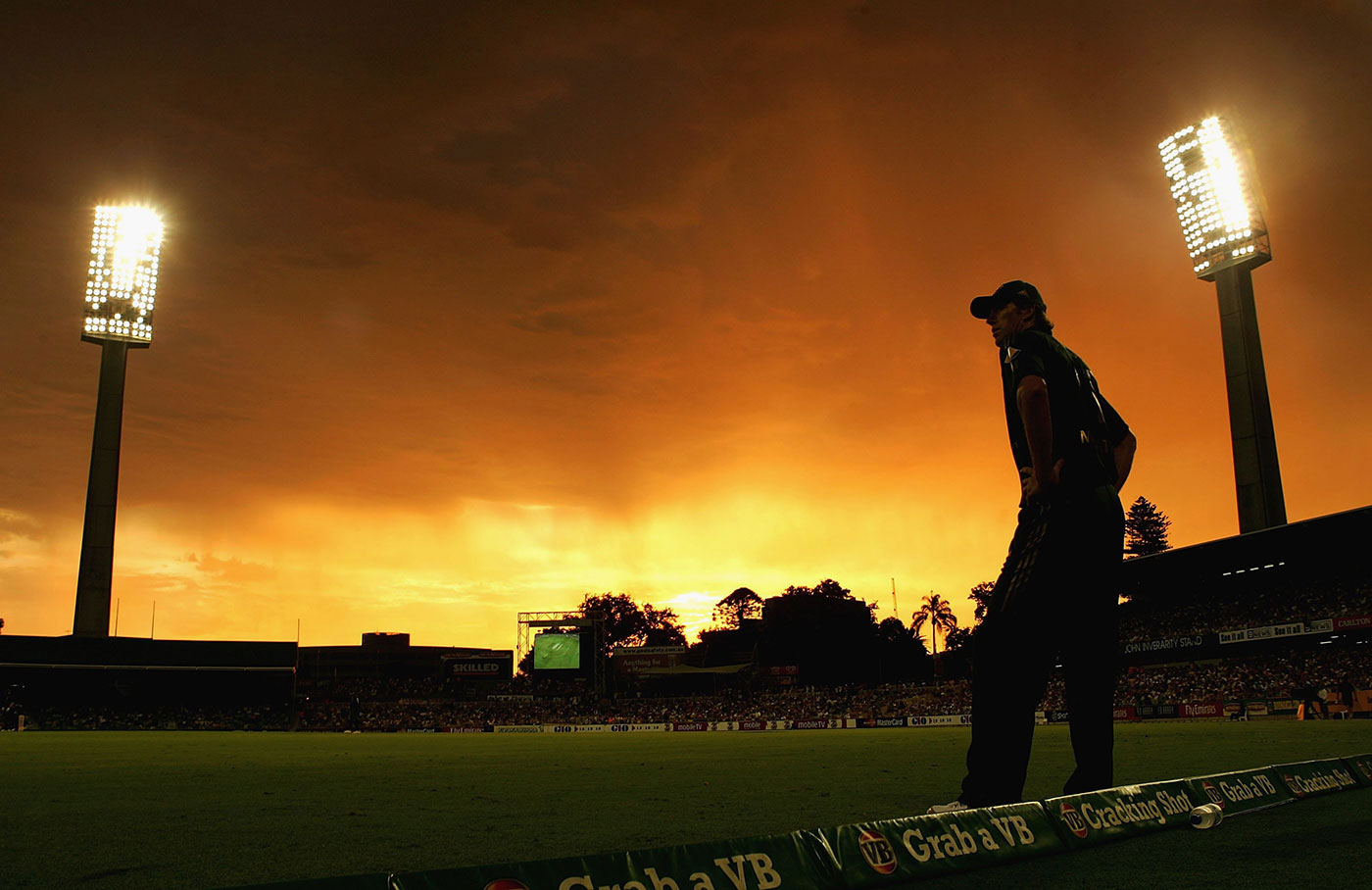 Sunset in Perth makes the sky look like it has been set ablaze, 2007. 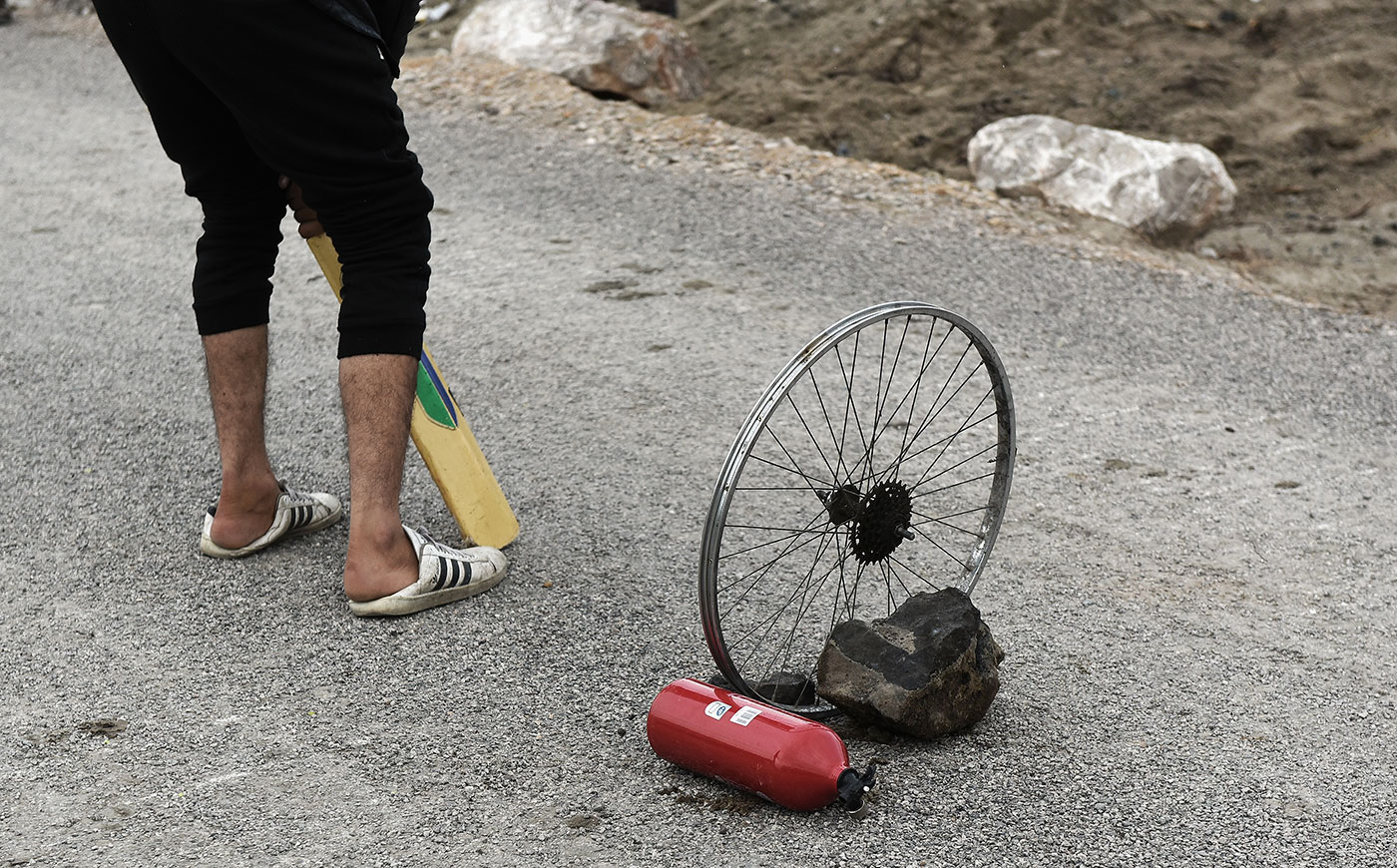 A fire extinguisher props up the "wicket" in a game among refugees in Calais. Probably useful for the umpires to keep within reach, especially if heated tempers call for players to be cooled down. 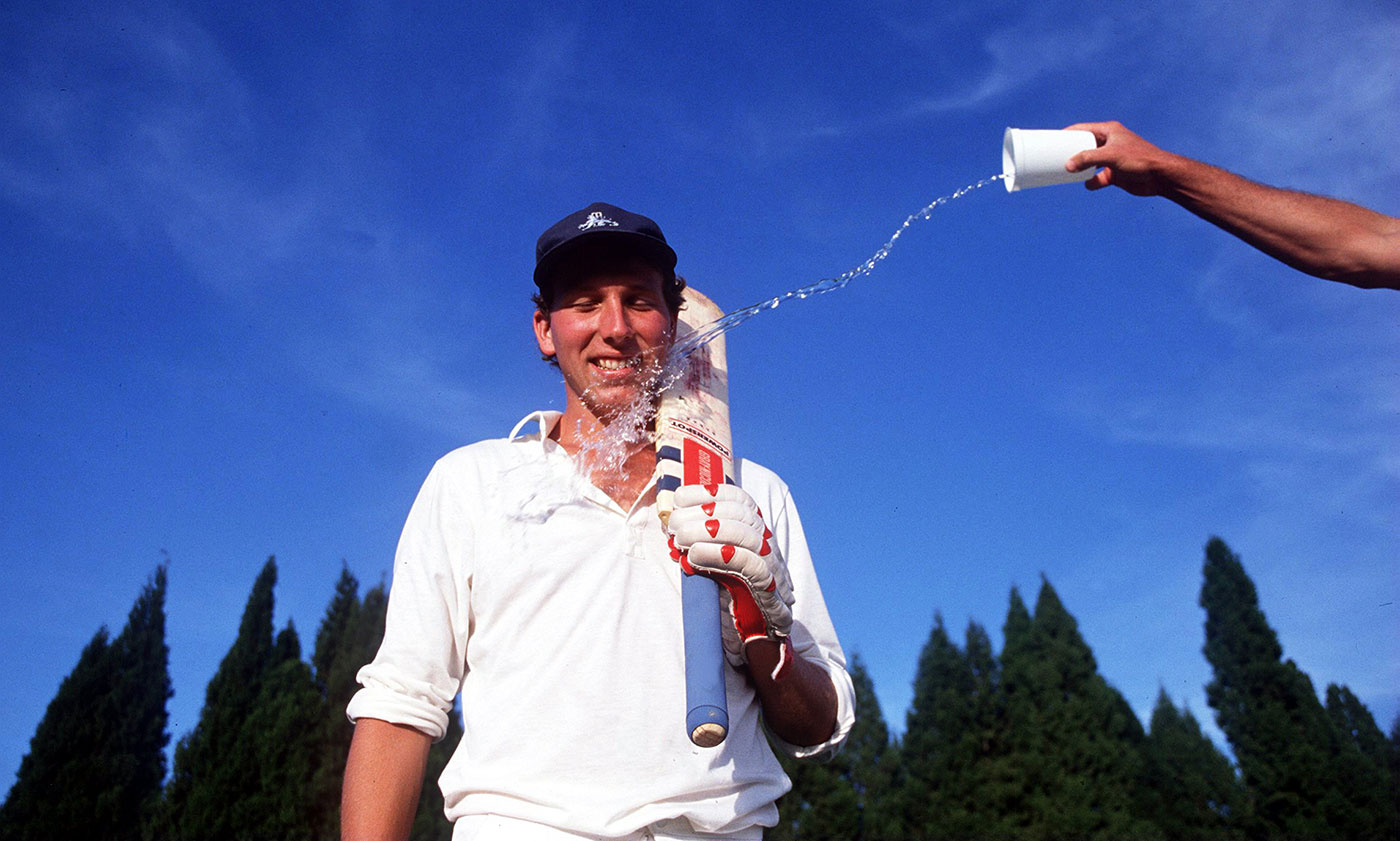 Water
That's another way to cool a player down. Mike Atherton gets doused by a glassful during England A's tour of Zimbabwe, 1990. 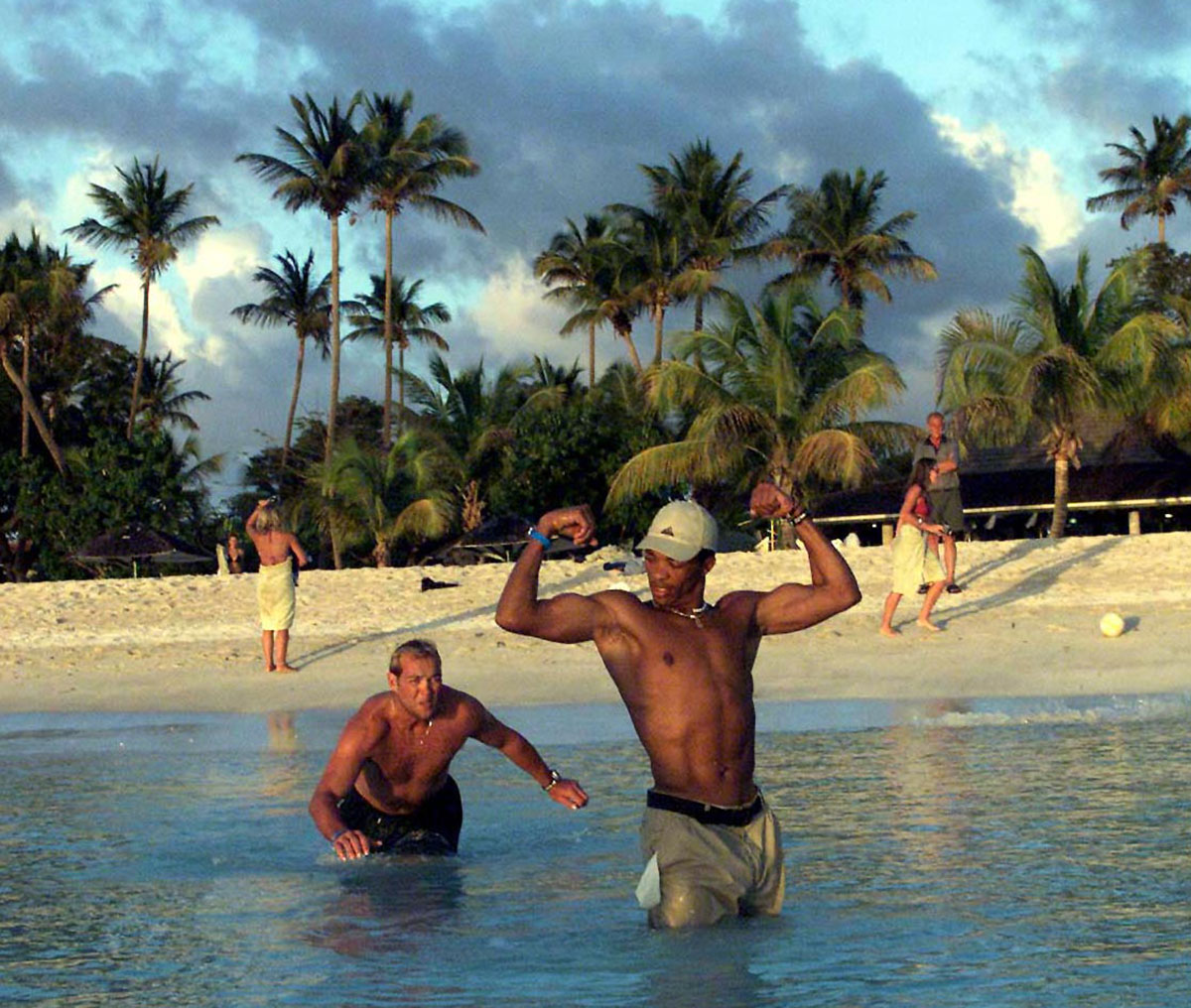 Makhaya Ntini is about to get dunked by Jacques Kallis in Antigua, 2001. 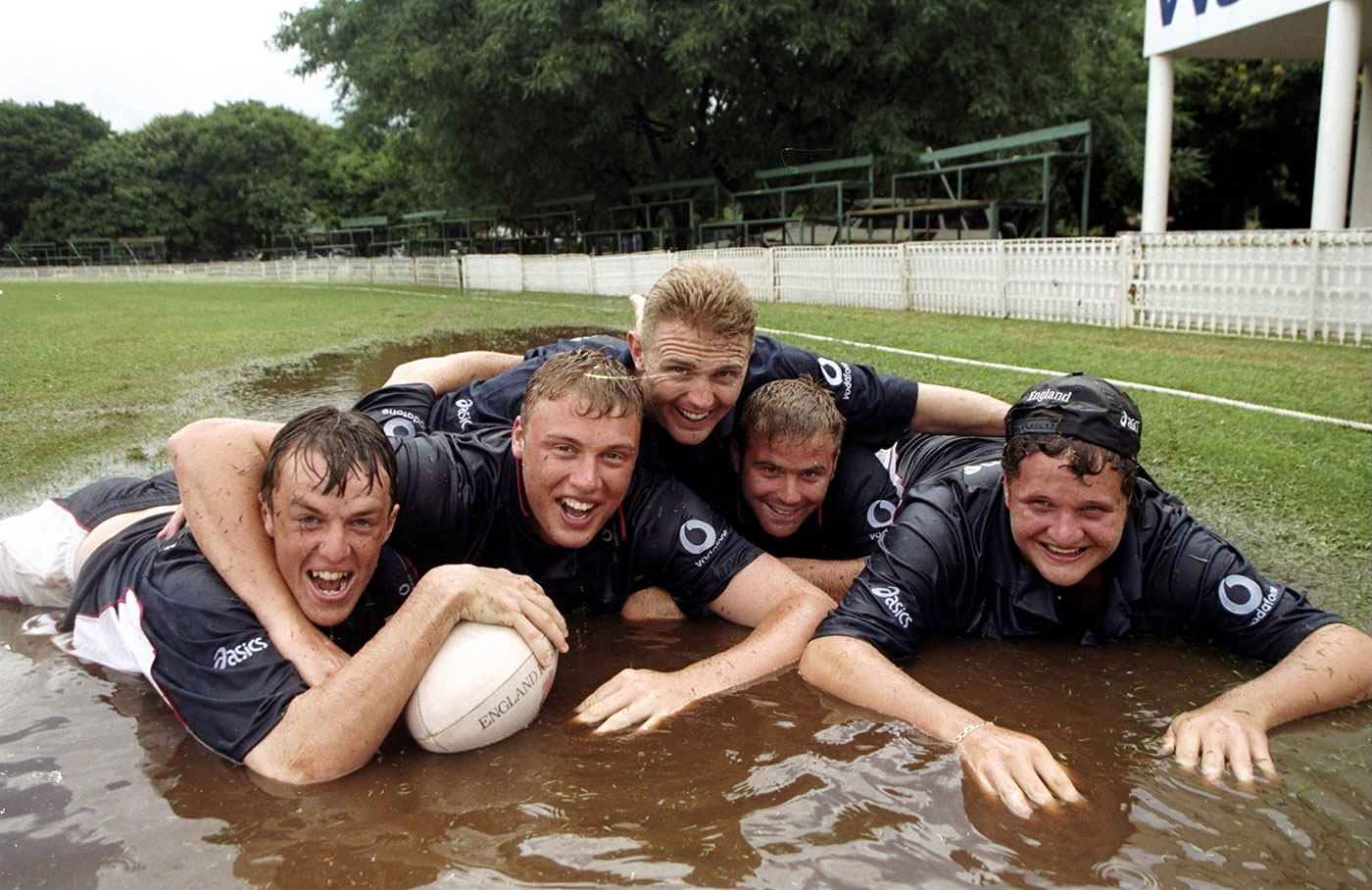 Soggy outfield? You can still make a game of it, like Graeme Swann, Andrew Flintoff, Darren Maddy, Matt Windows and Rob Key do in Harare in 1999. 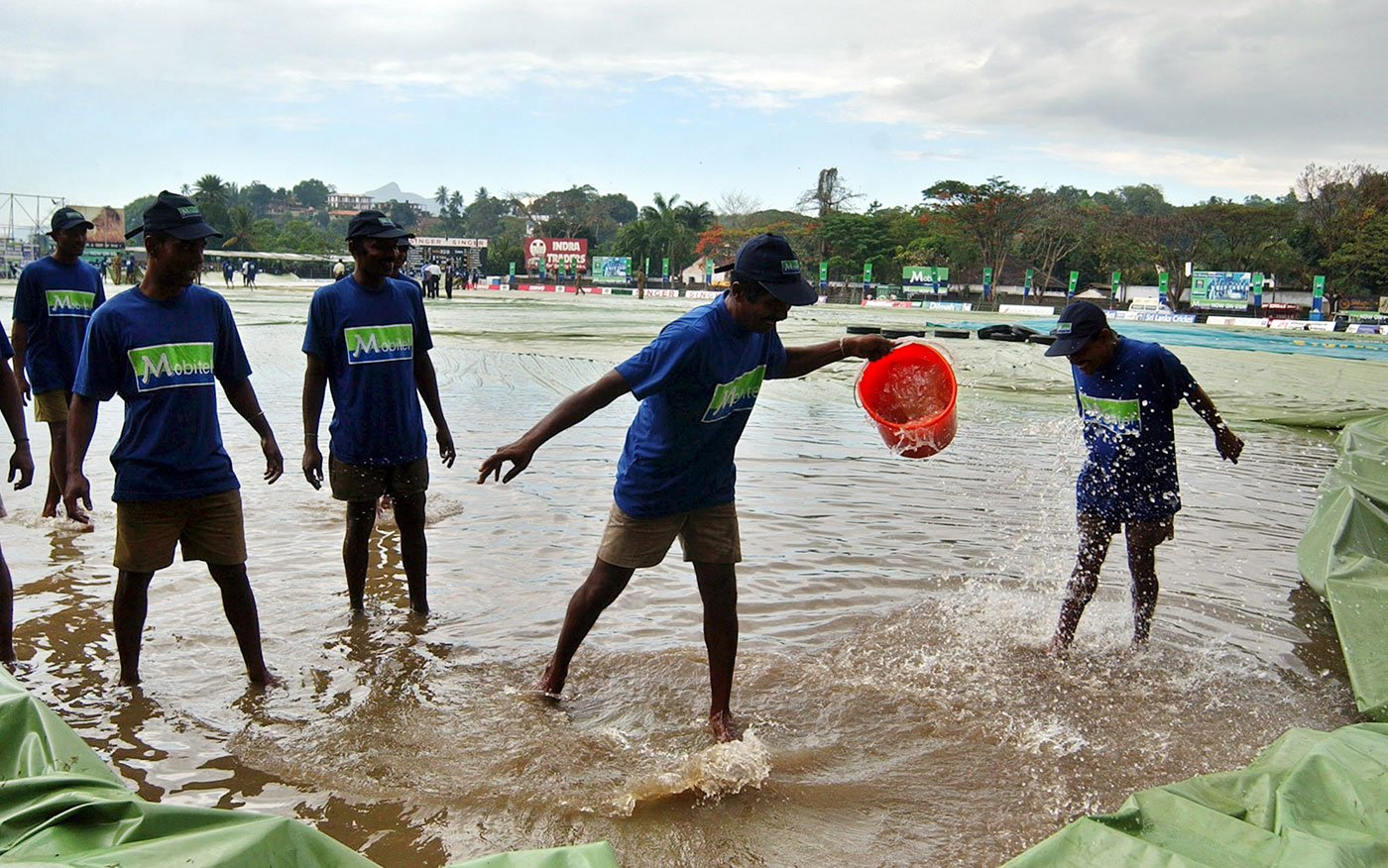 But sometimes the outfield is a lake and the best you can do is bail the water out with a bucket. Kandy, 2004. A 20-overs-a-side match lasts three hours. What about a game of water-bomb cricket? Probably till you or your opponent is soaking wet. 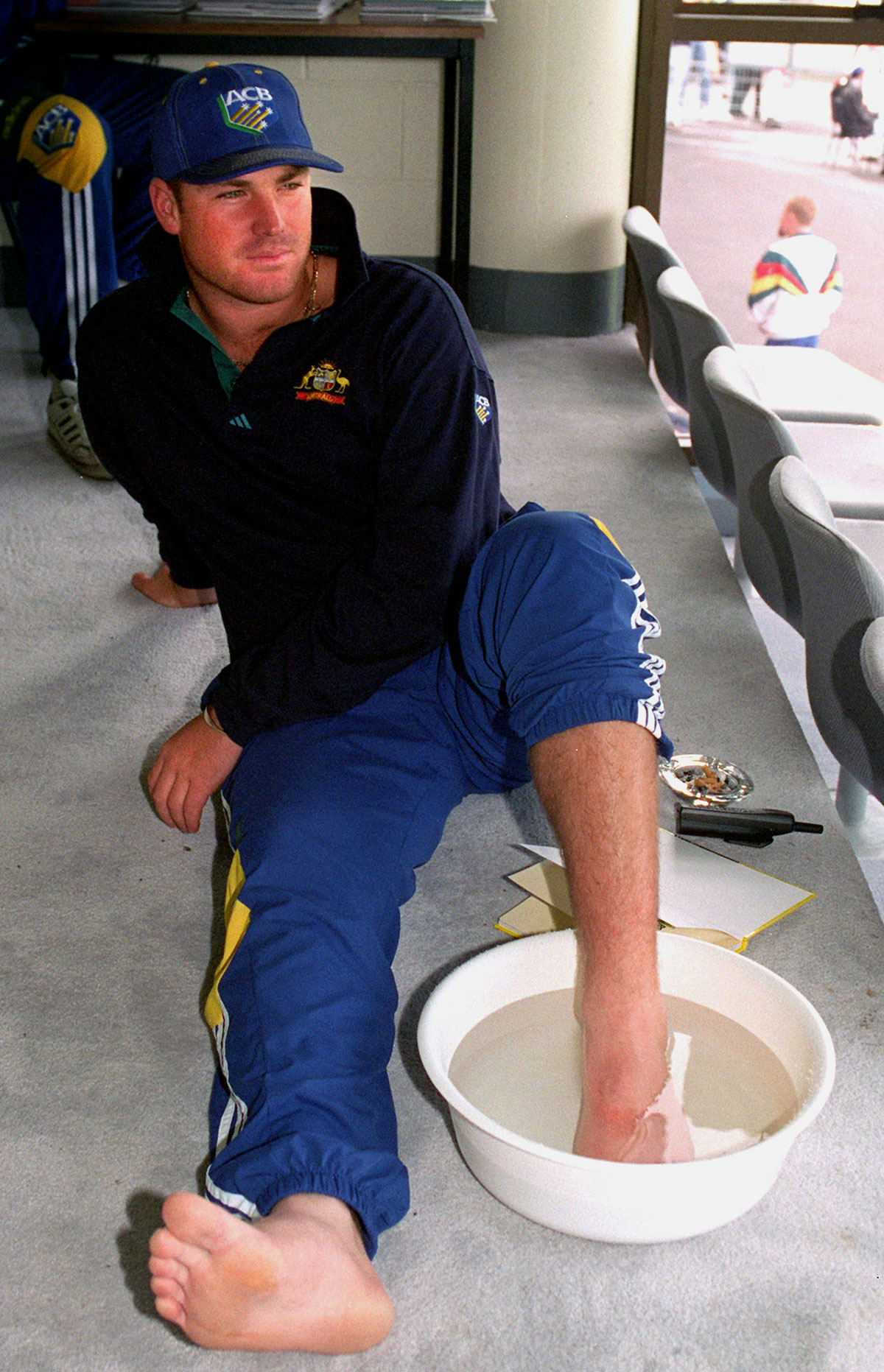 Speaking of soaking wet… Shane Warne tries to ease the pain of a broken toe with some immersion. 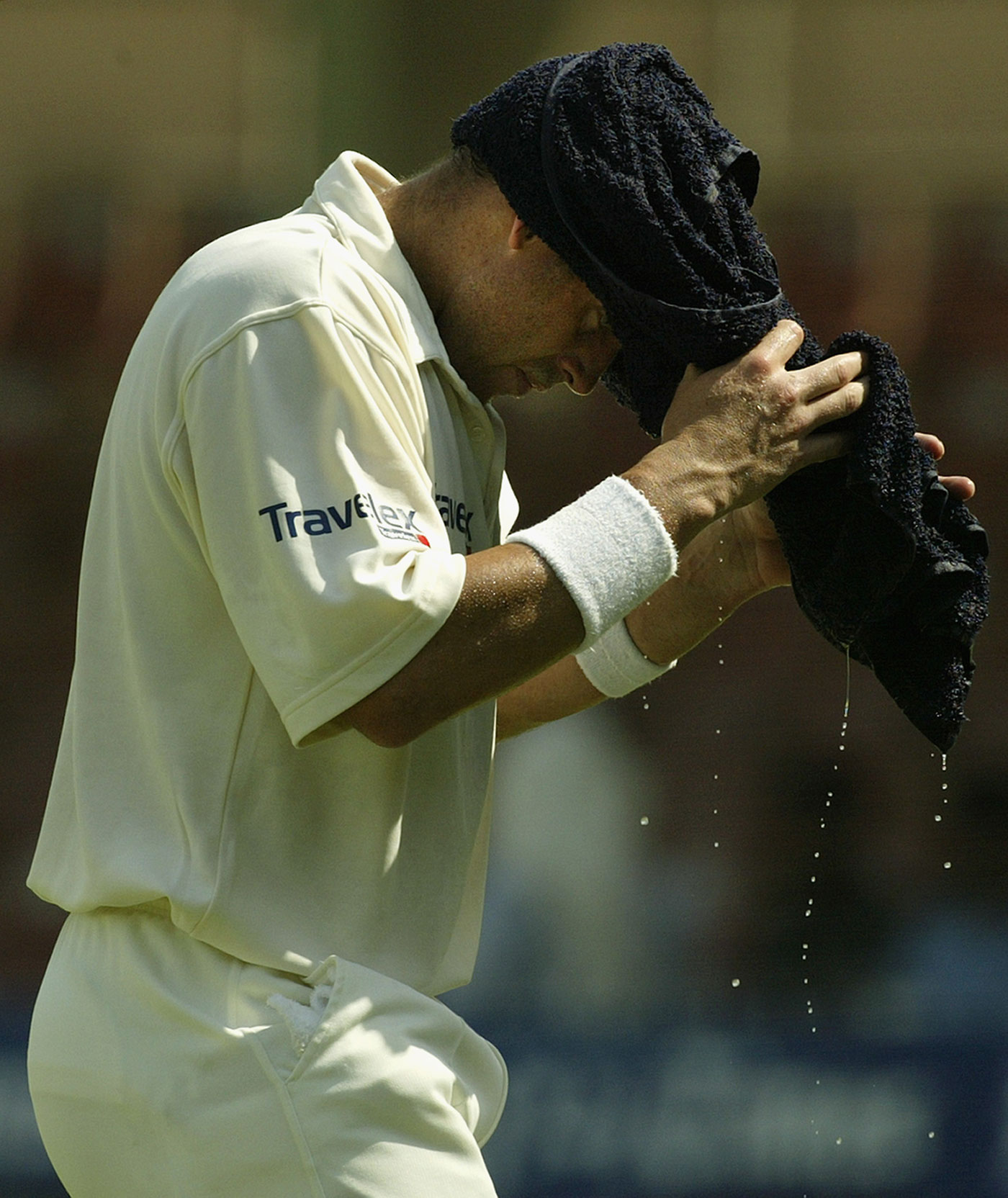 Matthew Hayden tries the impossible: attempting to cool off in the 50-degree heat of Sharjah in 2002. 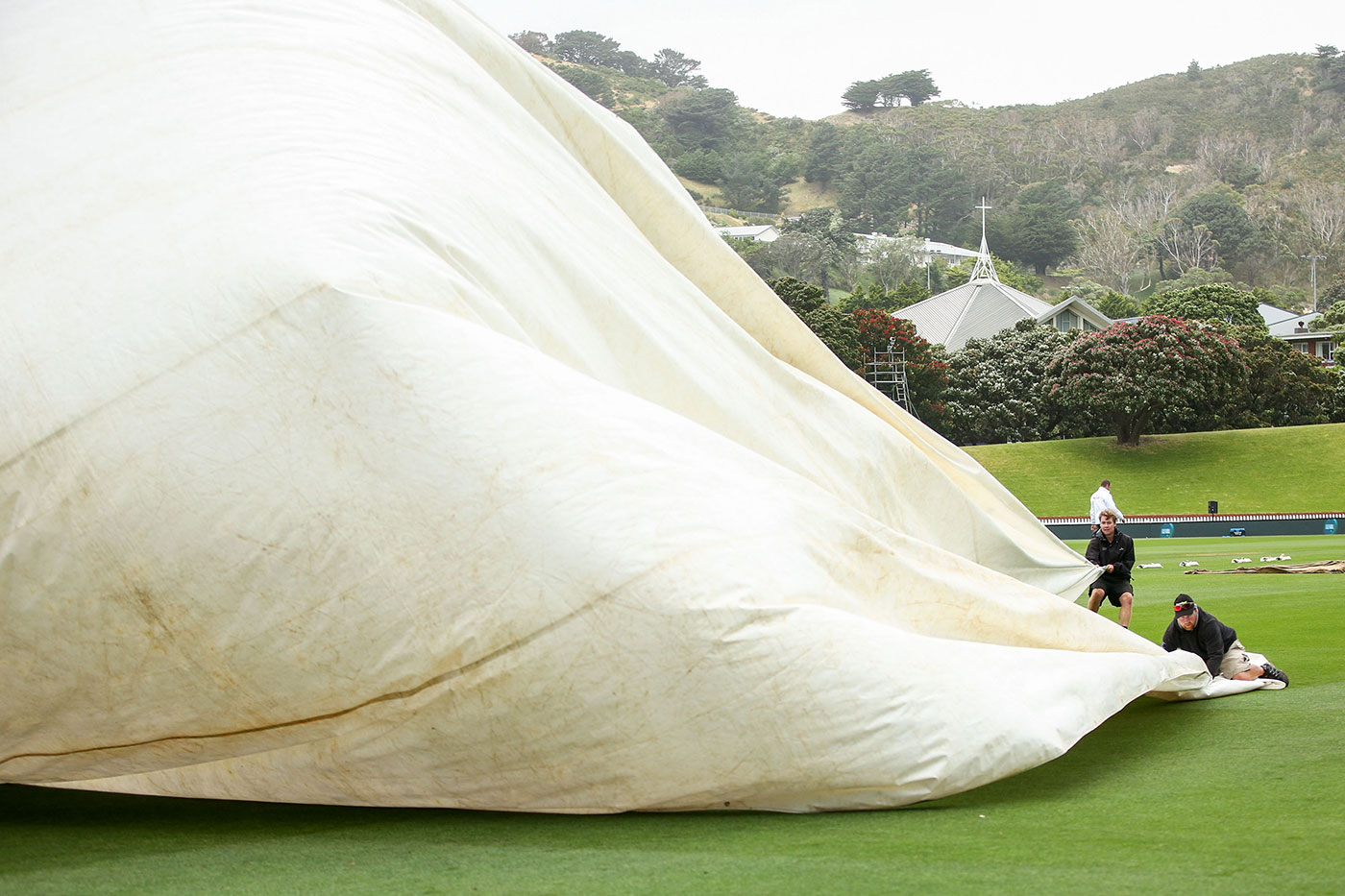 Wind
If the covers are carrying the ground staff away, it must be a day (or none) of cricket in Wellington. 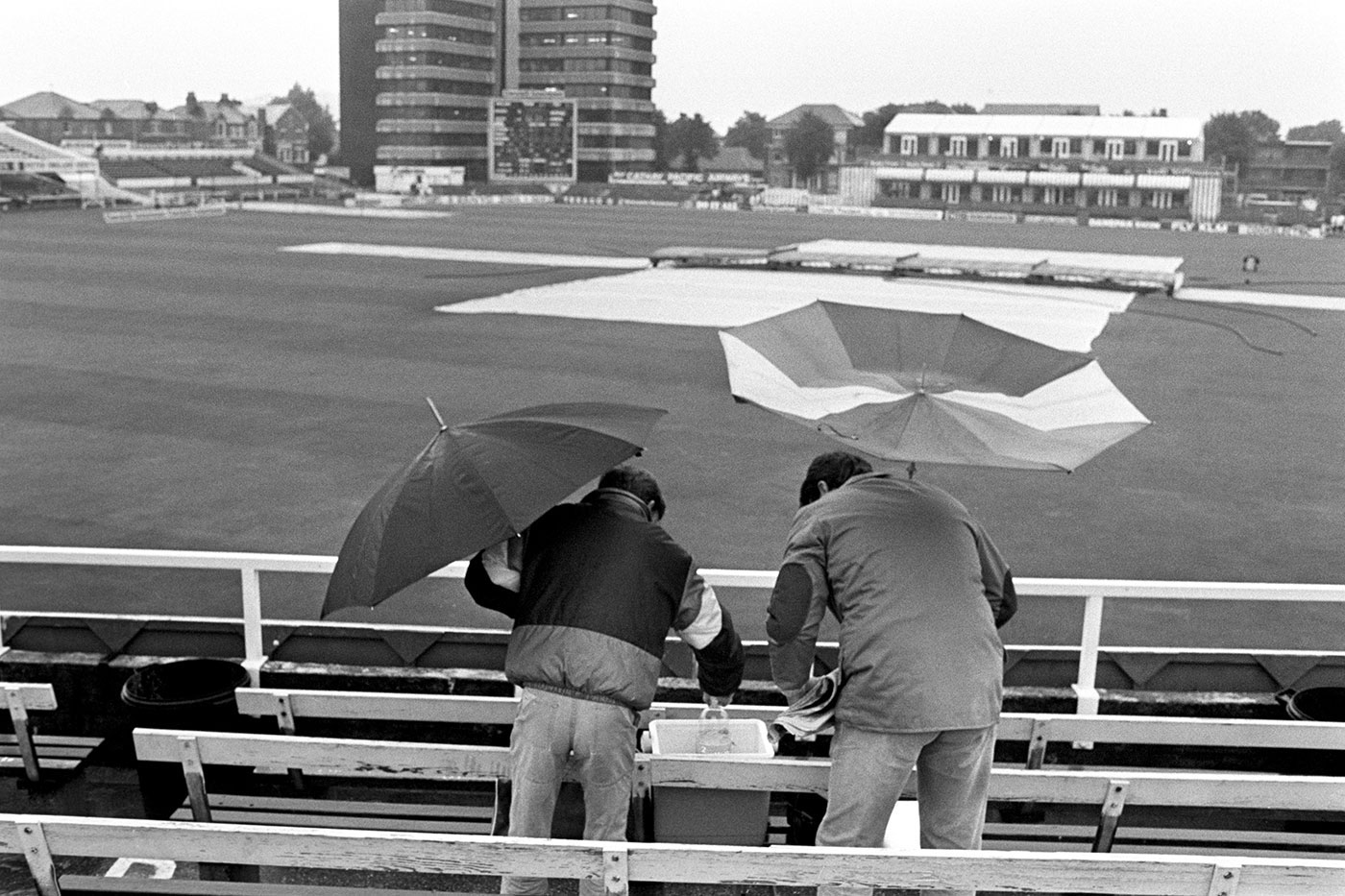 If your umbrella is turned the wrong side out, it must be a wet day of cricket in England. 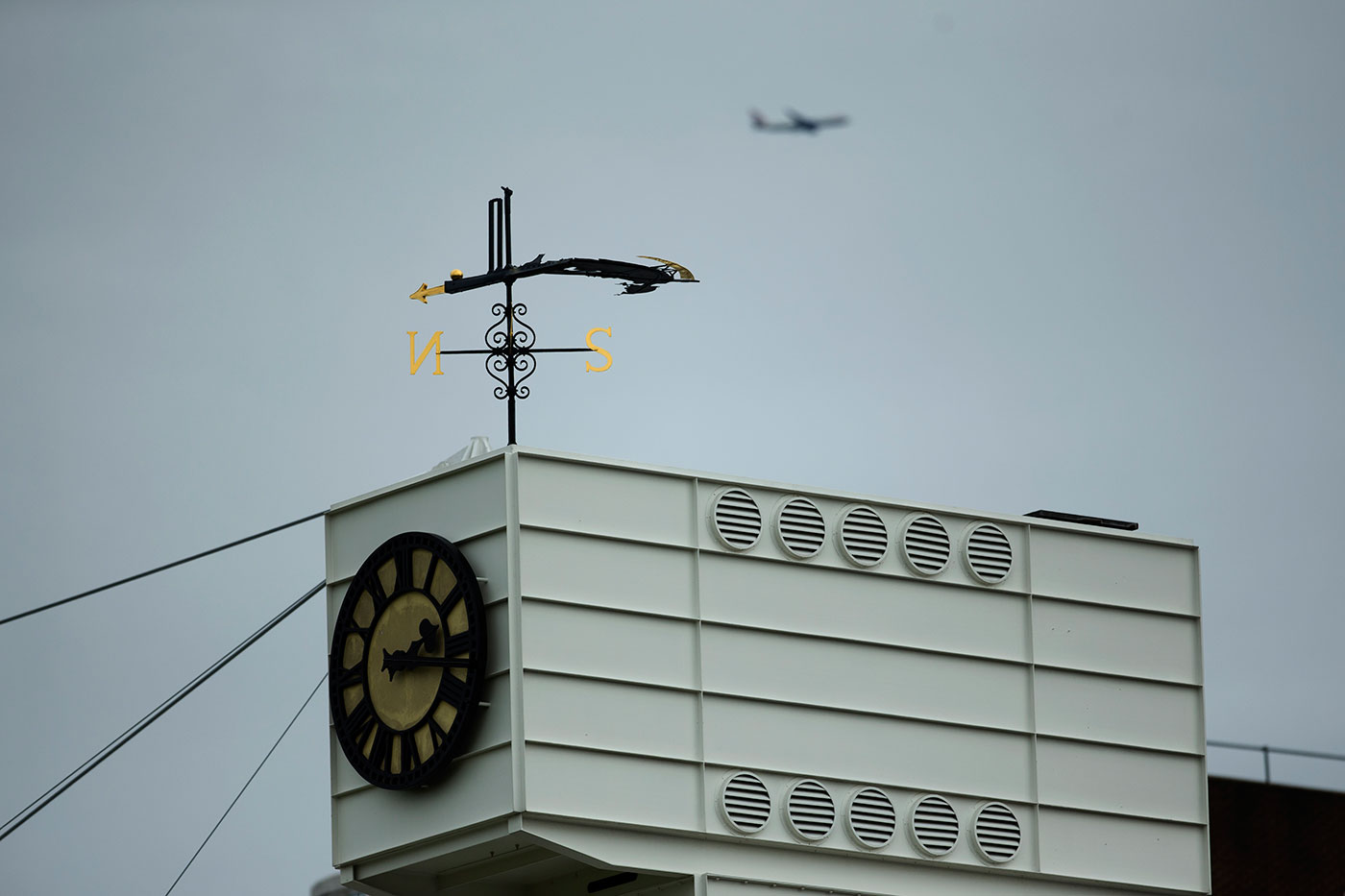 If Father Time is having a siesta, it must be a particularly breezy day at Lord's. 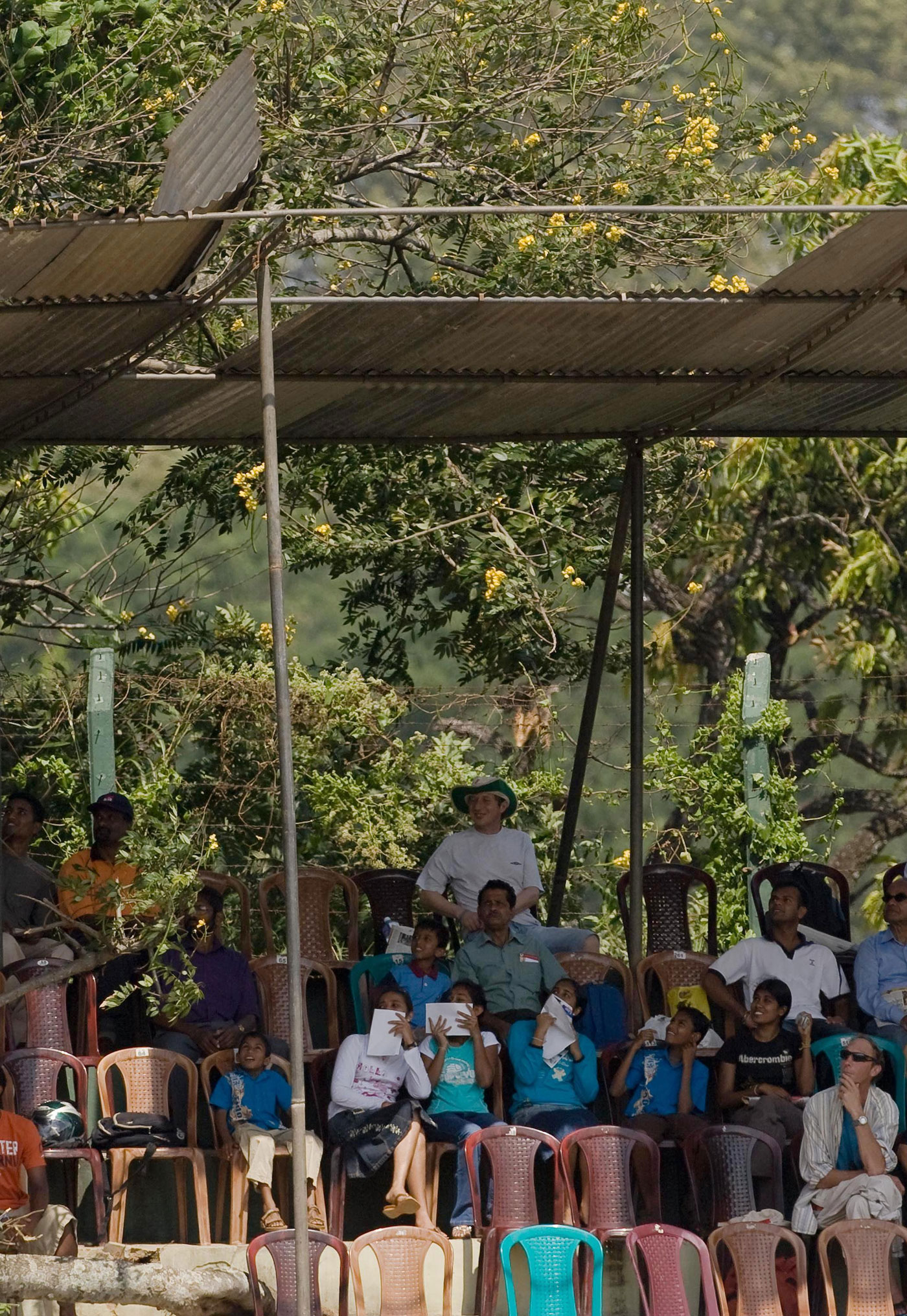 And if it's a windy day in Kandy, it's like watching cricket sitting in a convertible with the top down. 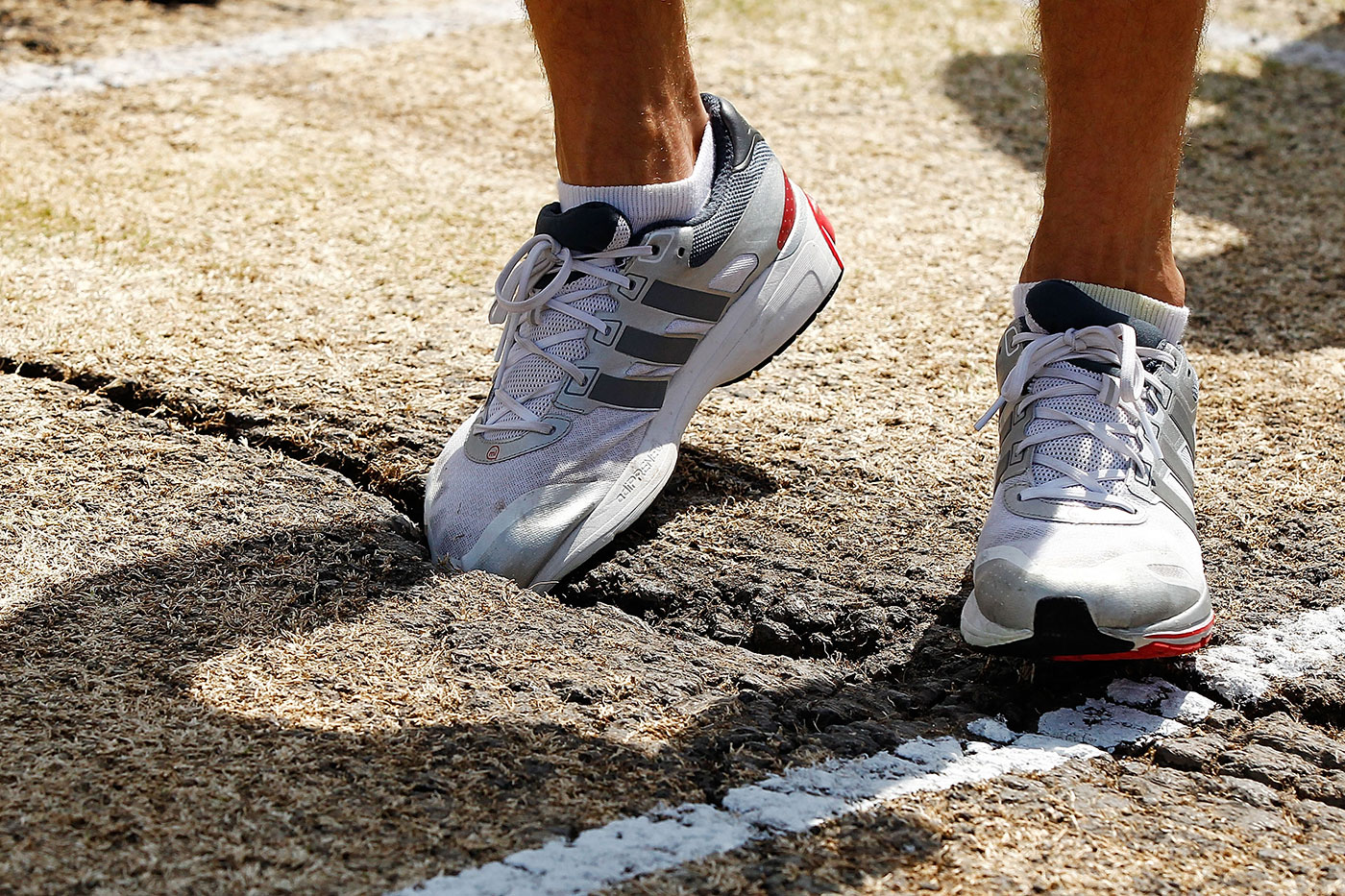 Earth
Until cricket in space becomes a viable activity, we'll need the solid ground of our planet to play the game on. But sometimes it's not so solid as these players, examining a crater in the pitch at the WACA in 2013, find. 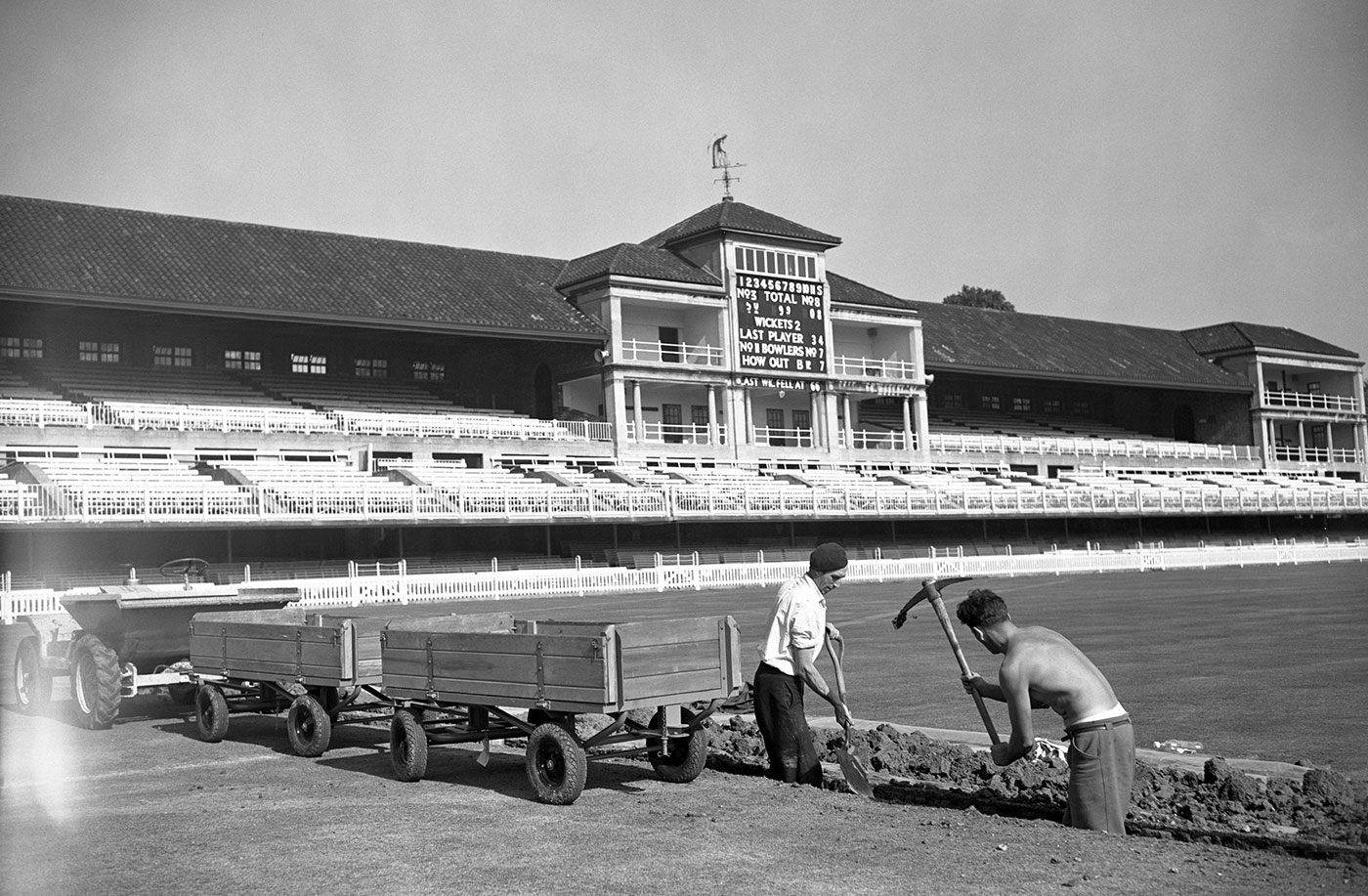 When is cricket war? When there are trenches in the outfield. Workmen at Lord's dig to improve drainage at the ground in 1964. 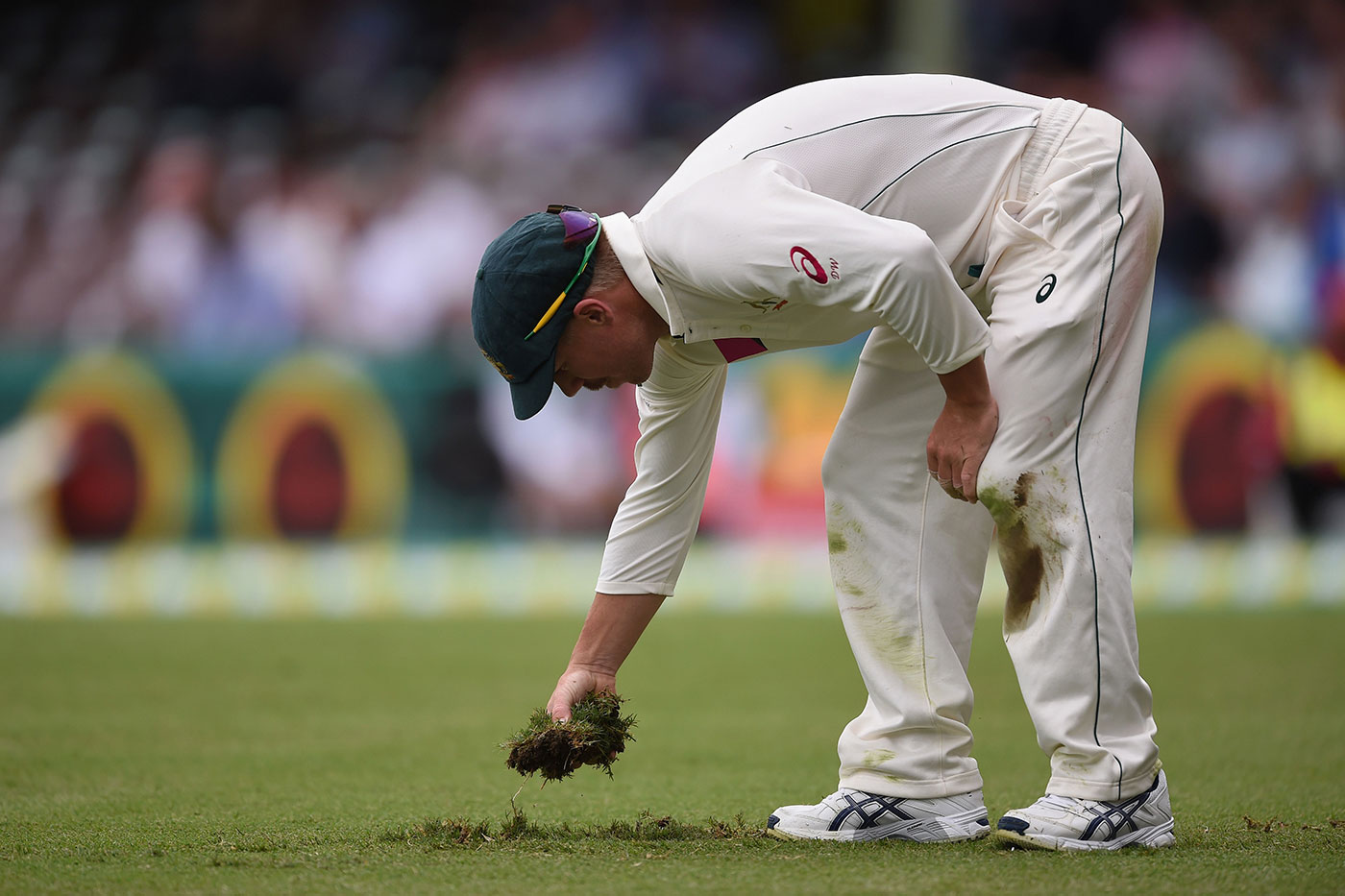 There's the cricket of the plenty kind: where upturned divots from the grassy outfield can be just chucked away… 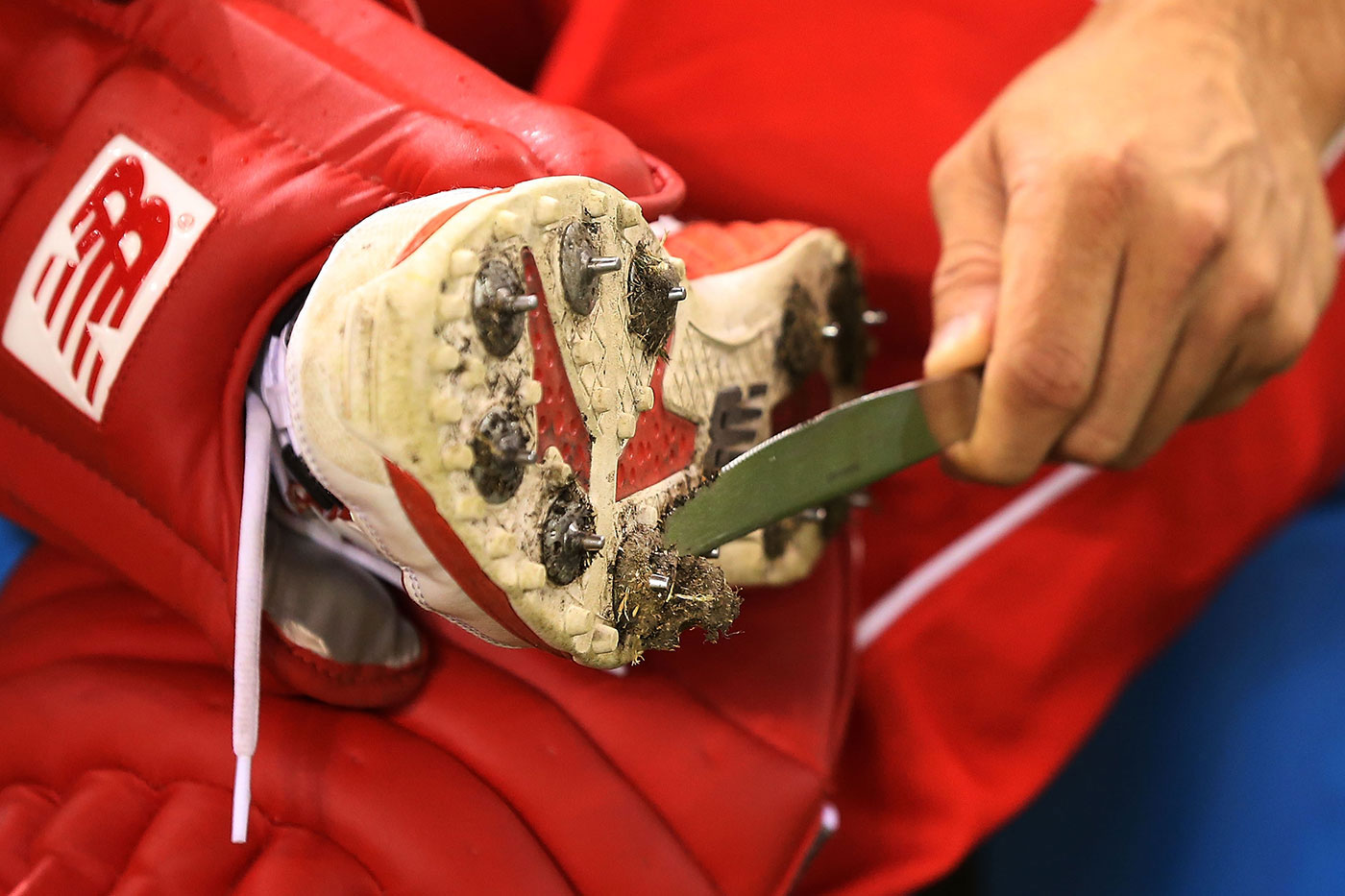 … and mud stuck on spikes is a problem. 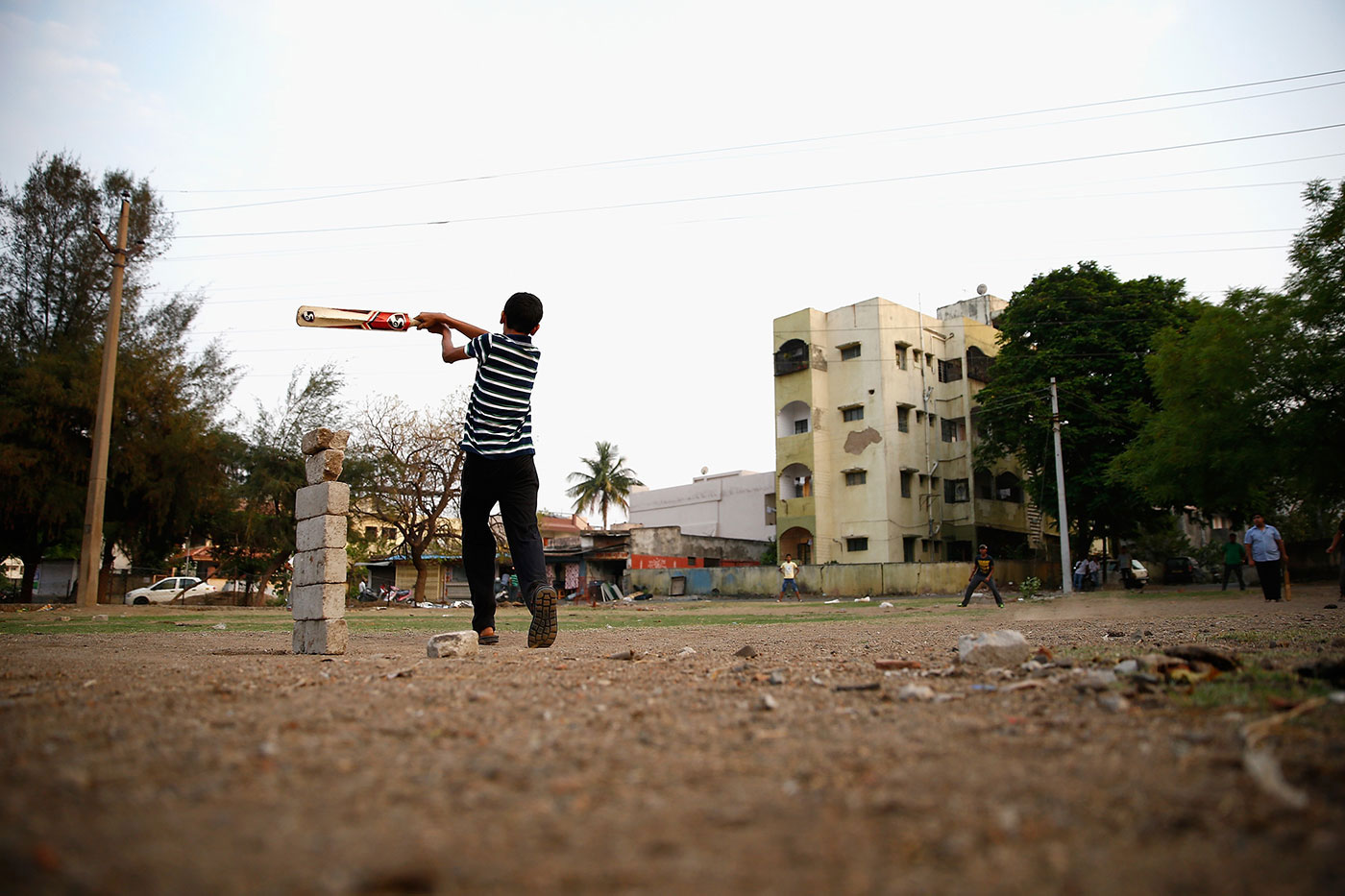 And then there's cricket of the kind where grass is at a premium. 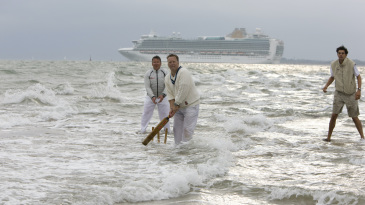