Modern Test cricketers who played past 40 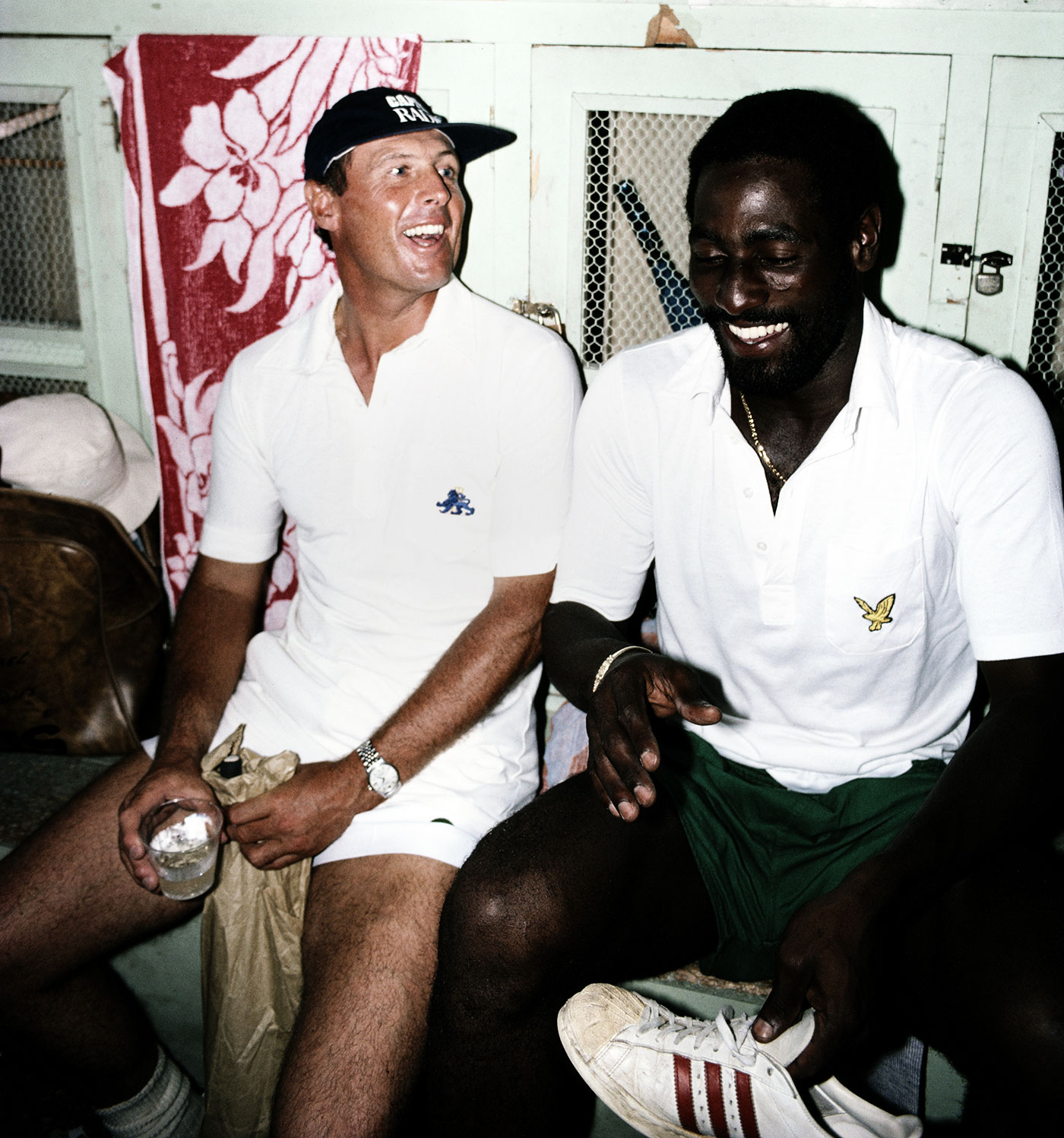 If Misbah-ul-Haq plays all three Tests* of Pakistan's tour of West Indies, he will equal the record for most Tests played after the age of 40 - that's 29. Another 103 players have participated in a Test after reaching the fourth decade of their lives, but out of those only 15 belong to the modern era, which, for the purpose of this feature, we're considering as beginning in 1980.

The first of these is Geoff Boycott, who scored 999 runs in 14 Tests after turning 40 in October 1980 - after missing 30 Tests between 1974 and 1977 at that. In the above photo, Boycott (left) shares a drink with a 29-year-old Viv Richards in the dressing room after the draw in Antigua in 1981. In the second innings, Boycott batted for nearly four hours to score the first of his three post-40 hundreds. 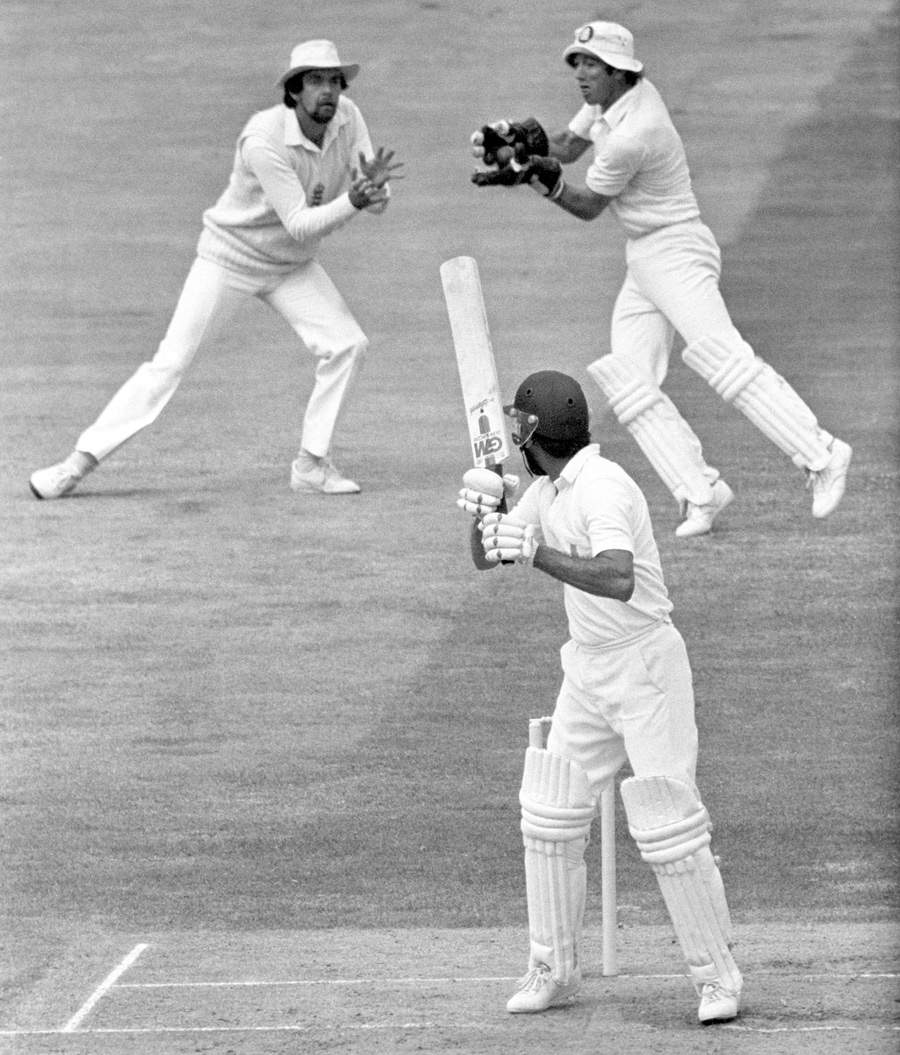 Kept out of the England side by the excellent Alan Knott during his prime years, Bob Taylor played half of his 57 Tests after hitting 40. His highest score of this period, 54, came against Pakistan at Edgbaston in 1982. He added a valuable 79 with Bob Willis for the tenth wicket to set Pakistan a target of 313, and then took three catches, including one to dismiss Zaheer Abbas (in photo) as the visitors were bowled out for 199. Legspinner Somachandra de Silva played four Tests in the four months leading up to his 40th birthday - a productive period in which he took 20 wickets, including career-best match figures of 9 for 162 in Faisalabad. He managed another 17 in eight Tests after his birthday. Clive Lloyd must have had a very enjoyable 40th birthday, in 1984, having just completed a blackwash in England. Three months later he led West Indies in his final series - a 3-1 drubbing of Australia - making his final Test hundred in an eight-wicket win in Brisbane. Unlike de Silva, England spinner Eddie Hemmings was prolific after turning 40. In eight Tests after the big day, Hemmings took 27 wickets, including seven against New Zealand at Edgbaston and six against Australia in Sydney. Before the milestone, Hemmings had taken only 16 wickets in his first eight Tests. 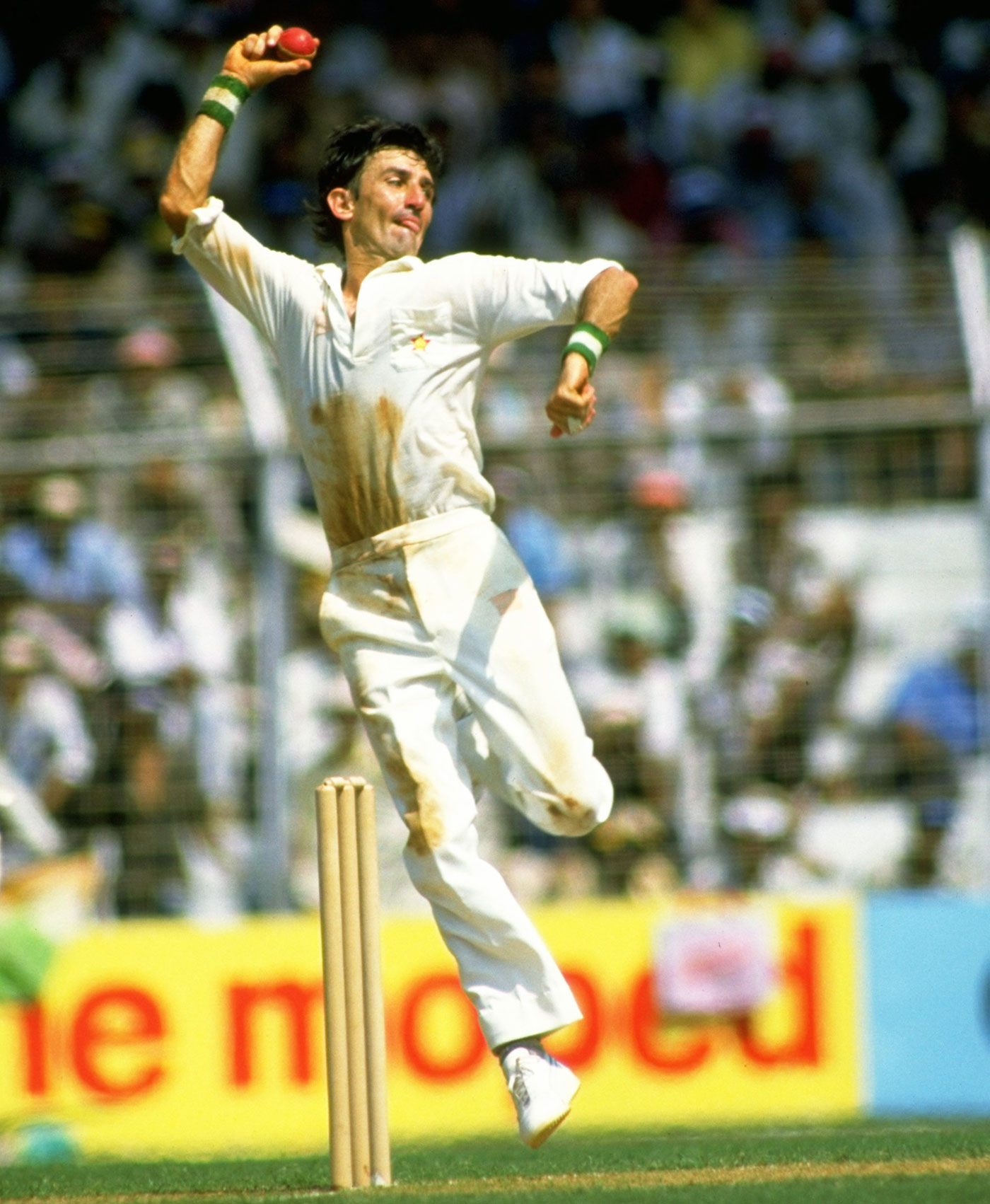 In 1970, 22-year-old offspinner John Traicos played three Tests for South Africa, in their final series before they were cast out of international cricket for apartheid policies. Then, at the age of 45, he returned to Test cricket for Zimbabwe's inaugural Test and played three more, finishing off shortly before his 46th birthday. 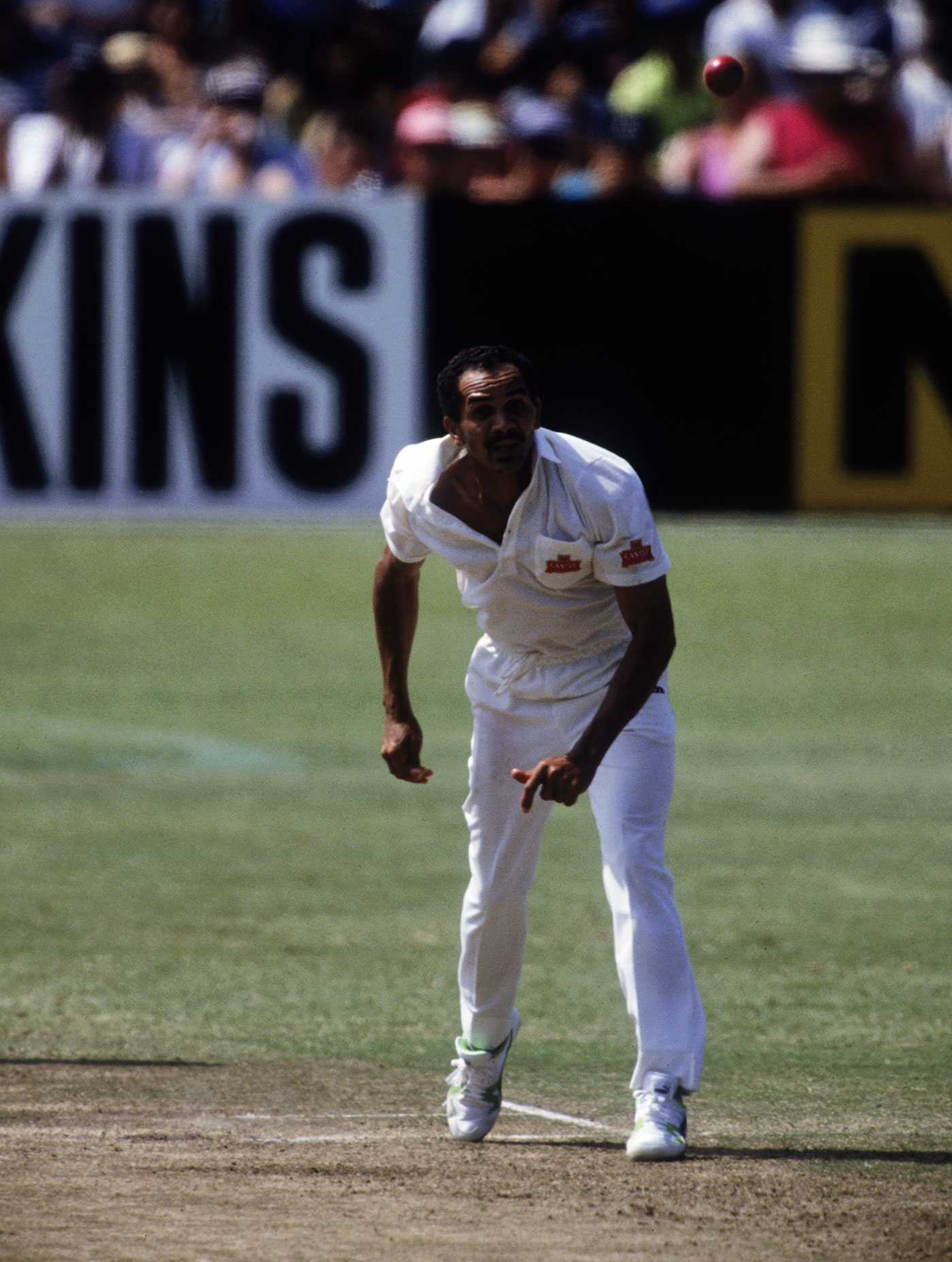 Omar Henry turned 40 the year South Africa returned to Test cricket. By then, the left-arm spinner, the first non-white player to play for the country, was past his prime and managed only three wickets in the home series against India. Six of these 15 players are from England, which probably says something about the English system, at least up until the mid-noughties. Offspinner John Emburey played the last four of his 64 Tests after he turned 40, but managed only nine wickets at 60.11 in them. 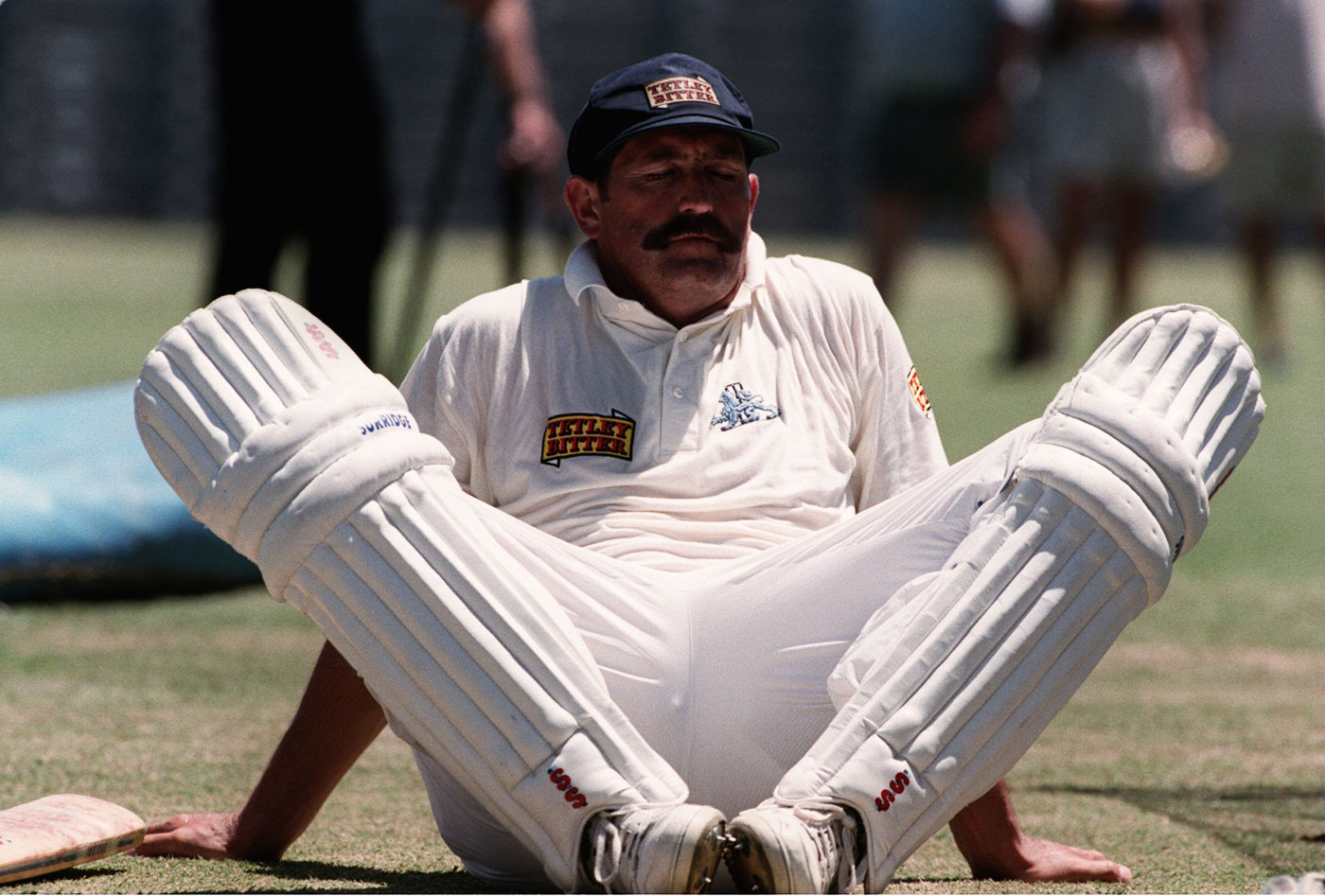 Graham Gooch is the only 40-plus batsman since 1951 to score a Test double-hundred. He did it at Edgbaston in an innings victory over New Zealand in 1994, and then went on to play another ten Tests, including five in an Ashes series down under, where he and the 37-year-old Mike Gatting were among the only four uninjured players available for every match. Opener Jimmy Cook was 38 when South Africa returned to Test cricket. He wasn't picked for that historic Test against West Indies in Barbados in April 1992, and had to wait till November that year to get a taste of the format when India visited South Africa. A month after he turned 40, Cook played his final Test - a drawn affair against Sri Lanka in Moratuwa. 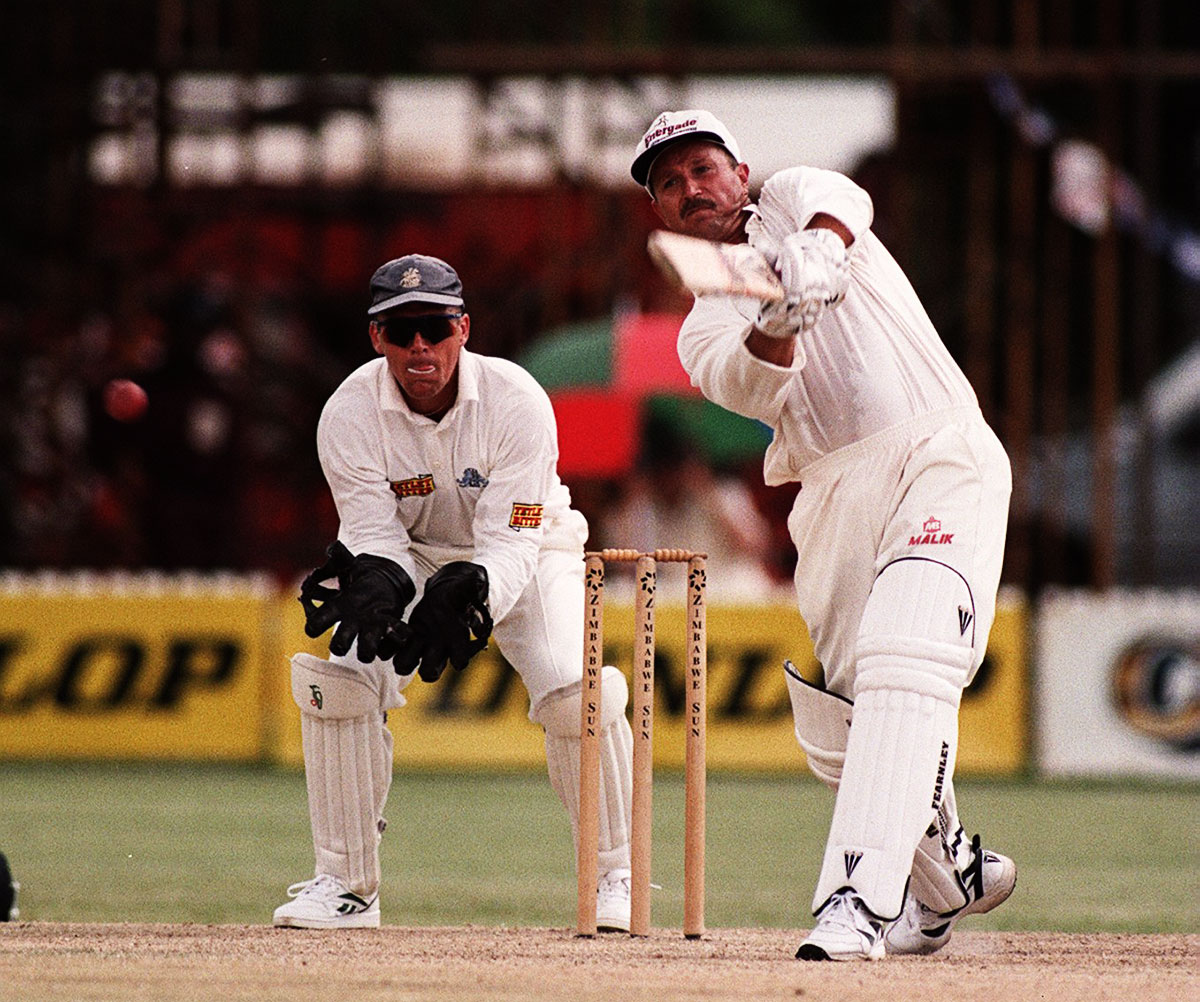 One of Zimbabwe's finest batsmen, Dave Houghton scored a hundred in their inaugural Test, and 266 and 142 two years later against Sri Lanka. In 1997, three months after turning 40, Houghton played his final series, a quiet two Tests at home against New Zealand. 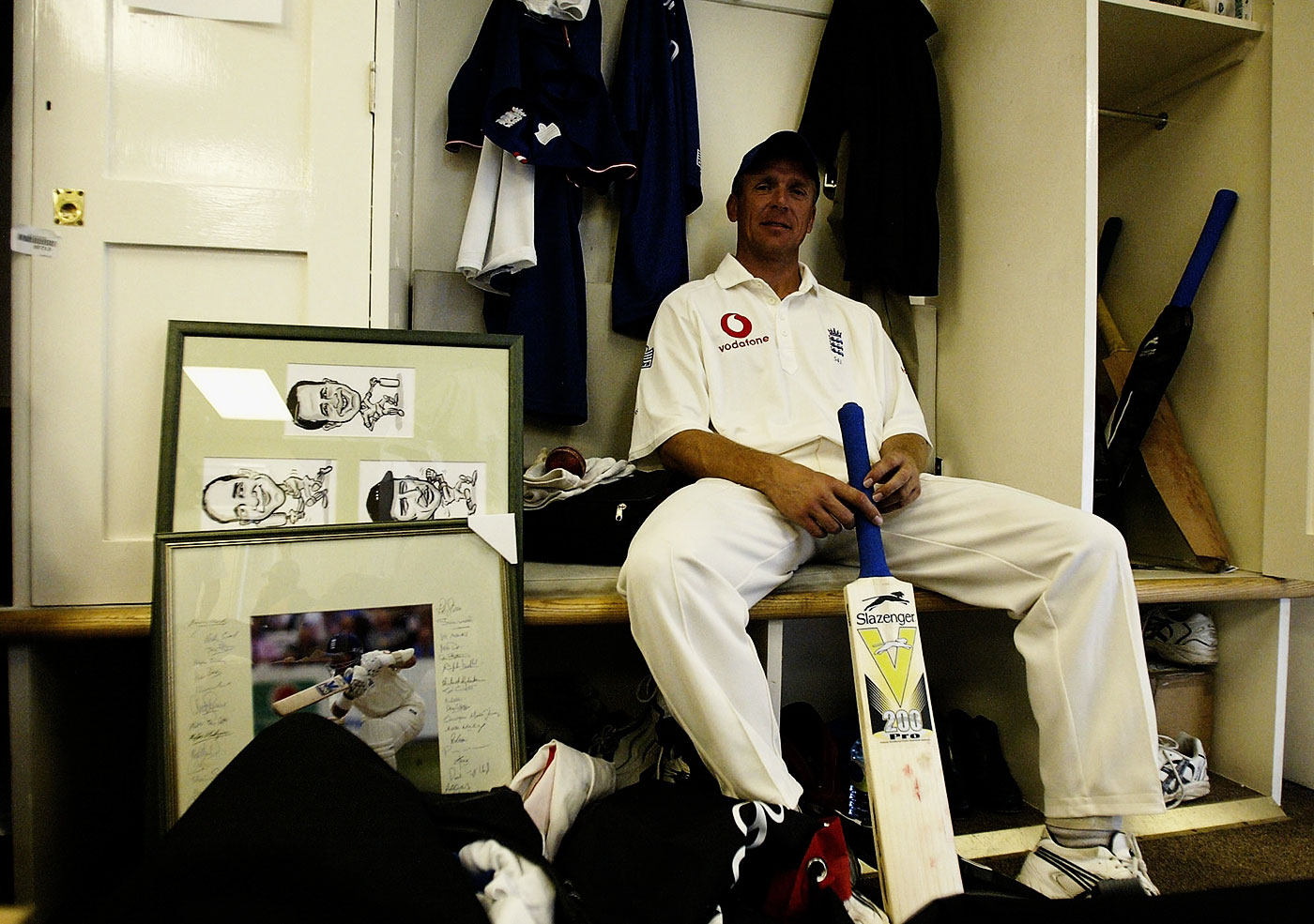 There were several calls to replace Alec Stewart in the England Test side with a younger keeper, but he managed to keep his place into his 40th year, playing all seven home Tests in that 2003 season, and retiring on a high with a nine-wicket win against South Africa at The Oval, his home ground. 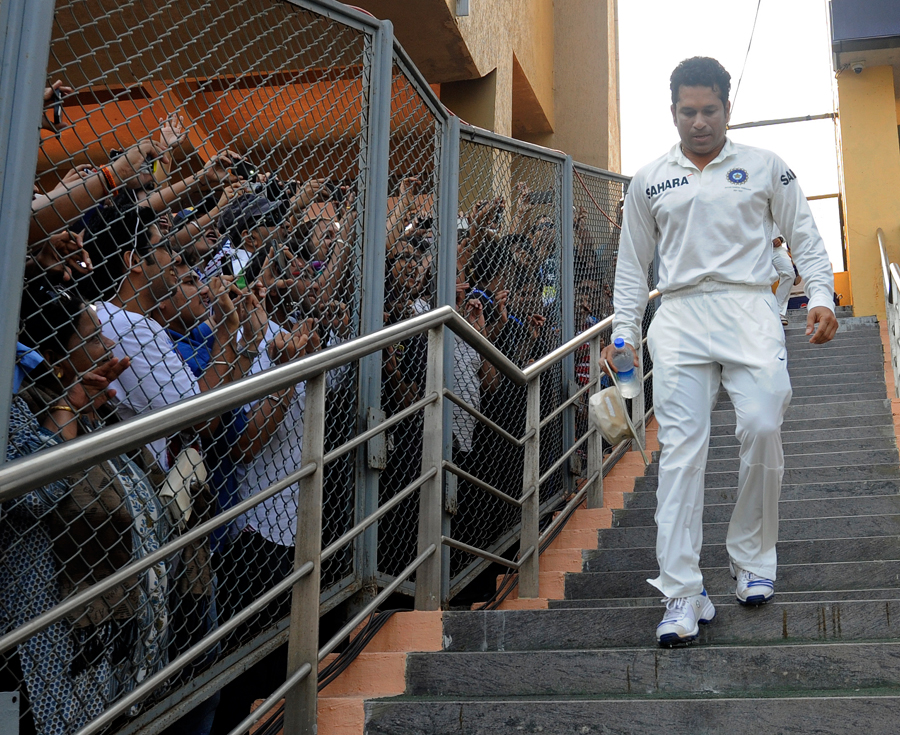 Nearly everyone who saw Sachin Tendulkar bat before he played Test cricket was certain he'd at least have a 20-year-career and plenty of records. He went on to play Tests for 24 years, and take hold of the major batting records - most runs (15,921) and most hundreds (51). In 2013, at the age of 40, Tendulkar announced that the two-Test home series against West Indies would be his final one. It allowed him to complete 200 Tests - a record that is likely to never be broken. Misbah is the only player on this list to have score over 1000 runs after 40. Two pre-War batsmen, Jack Hobbs and Pasty Hendren, have scored more. What's impressive is that in the 13 Tests (out of 27) that Pakistan won under him in that period, Misbah averaged 81.80, scoring five hundreds and seven fifties. Old wine, indeed. 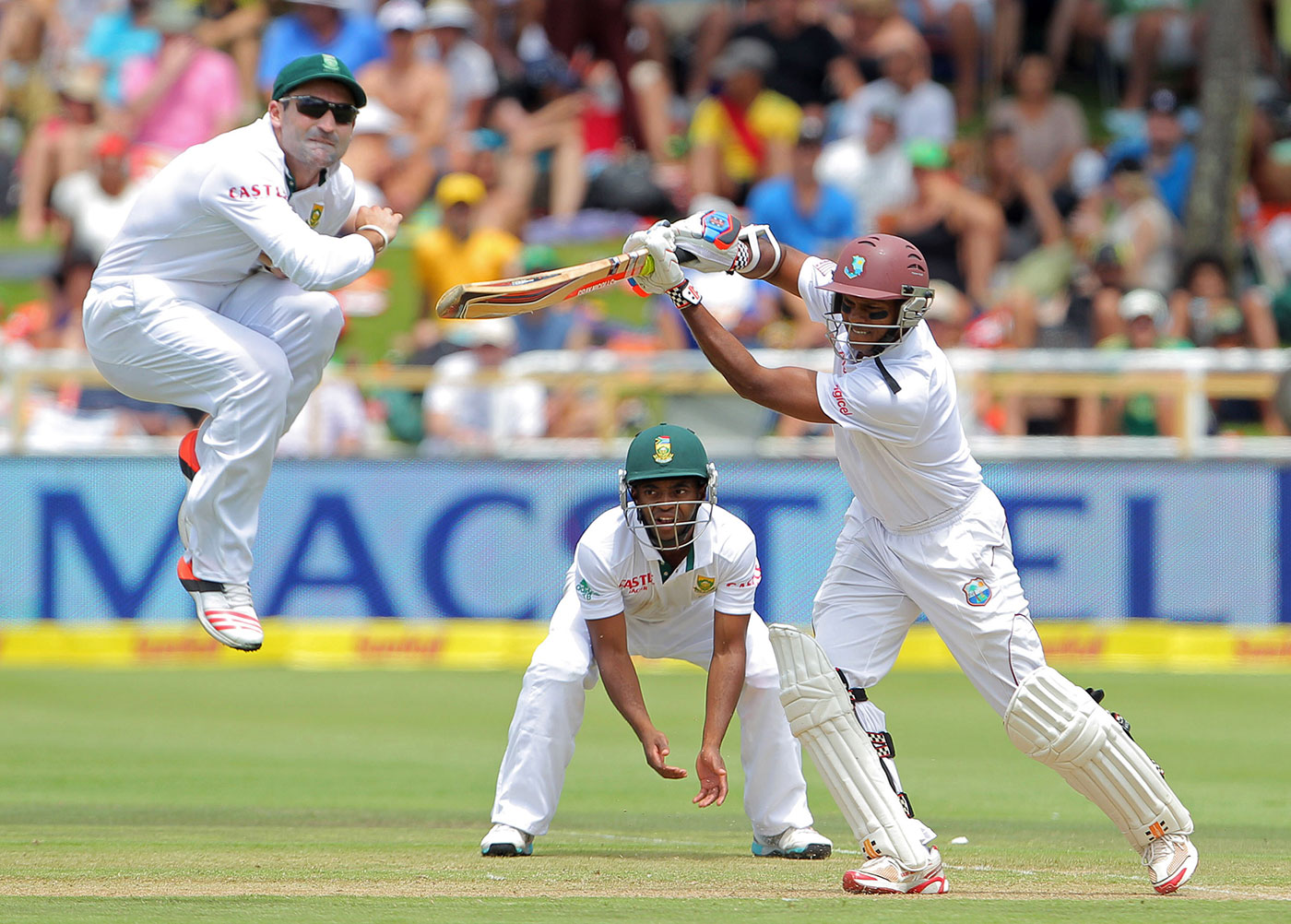 Pakistan wouldn't have had an easy time of rolling over West Indies if Shivnarine Chanderpaul (42 and still going strong in first-class cricket) was still in the opposition XI. After turning 40 in August 2014, Chanderpaul, who had made his Test debut 20 years before, played only another eight Tests, in which he scored only one half-century against a team other than Bangladesh. He was dropped from the Test squad in May 2015 and cut from the contracts list six months later, after which he announced his international retirement.

*As of publication, he had featured in the first two. He went on to play the third Test as well. 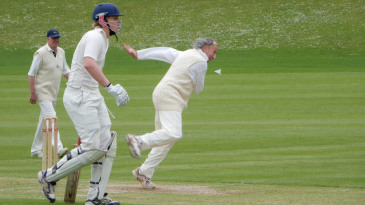 You're never too old for cricket 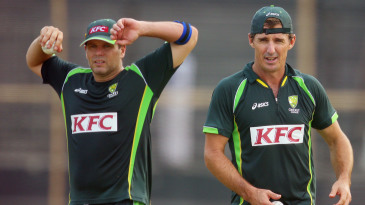 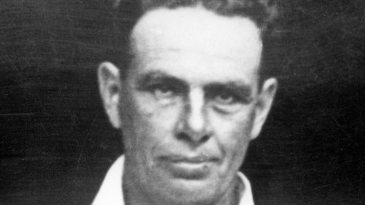 It never gets old

Last week Misbah-ul-Haq became the oldest player to score two centuries in a Test. Here's a look at some other players who were the oldest to achieve some other feats