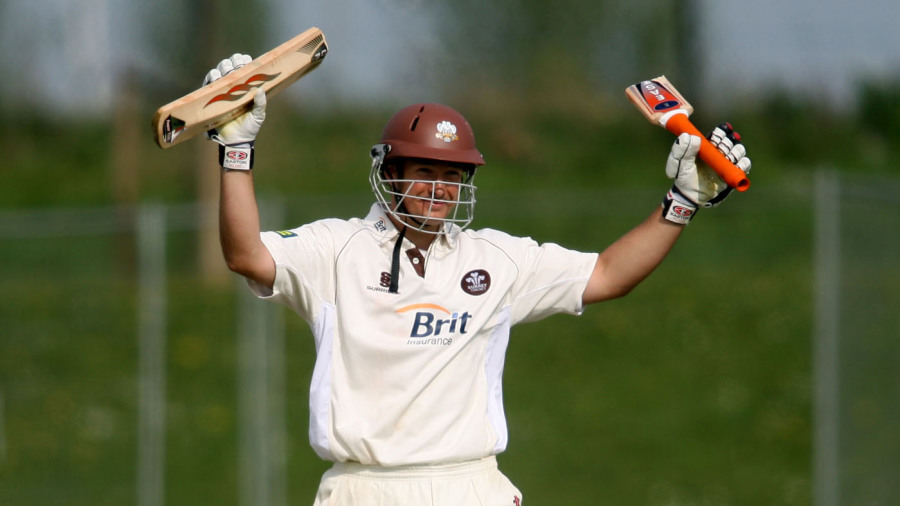 Pause - it's good for you

Break has several meanings in cricket, but today the predominant usage is to do with money-making

If a right-arm bowler bowls a ball that turns sharply towards a right-hand batsman's shins, it's called an offbreak. A legbreak moves in the exact opposite direction - away from the legs and, at least when correctly pitched, offering no threat to the lower limbs.

It took me a while to work that out. Once I had it straight, I felt as if I had at last penetrated the game's inner circle. Cricket loves to confound the outsider, taking a smug delight in its own jargon, which adds to the game's charms. If you know which way a legbreak breaks, you're an insider.

When I was grown up, I spent a season or two as a bowler of non-turning offbreaks, varied, of course, by the one that goes straight on. I would also occasionally attempt an authentic legbreak, usually towards the end of an over, with a properly contorted, wristy action. At the level I played, this was sometimes mysterious, particularly as this one actually turned. At least it did on the occasions when it hit the ground.

I had a player from a Barbados 2nd XI stumped off just such a leggie. You can call that a lucky break. He was trying to hit me for a third successive six at the time and was confounded by the fact that for the first time in the over, the ball came into contact with the pitch.

You might, if you were naïve, think such breaks unnecessary for players' health and well-being. But that's not what they are for. They are an additional opportunity for television adverts - and that, of course, makes them sacred

Words with multiple meanings abound in cricket. Remember the old tea towel: "Each man in the side that's in goes out…"? "Break" is in the same category. In fact, there's a case for claiming that it's the most significant word in the game, with the possible exception of "money".

Cricket has always been keen on breaks. Every game played on the village green has a tea break between innings - egg-and-cress sandwiches, cake, and cups of tea, not exactly protein shakes and energy bars. First-class cricket is punctuated by lunch breaks as well as tea breaks. Try explaining to Americans that you break for a nice cup of tea in the course of a day's intense sport.

Luck plays its part in cricket, and you can call that a good break, or for that matter, a bad break. You can have a career break, and, rarely these days, a winter break. Your bat can break, and, if you're unlucky, as Mike Brearley was, you can have an arm break. You can break a batsman's concentration with judicious sledging, a bowler can break his back on a flat pitch, and spectators and professional pundits break down the game in discussion. 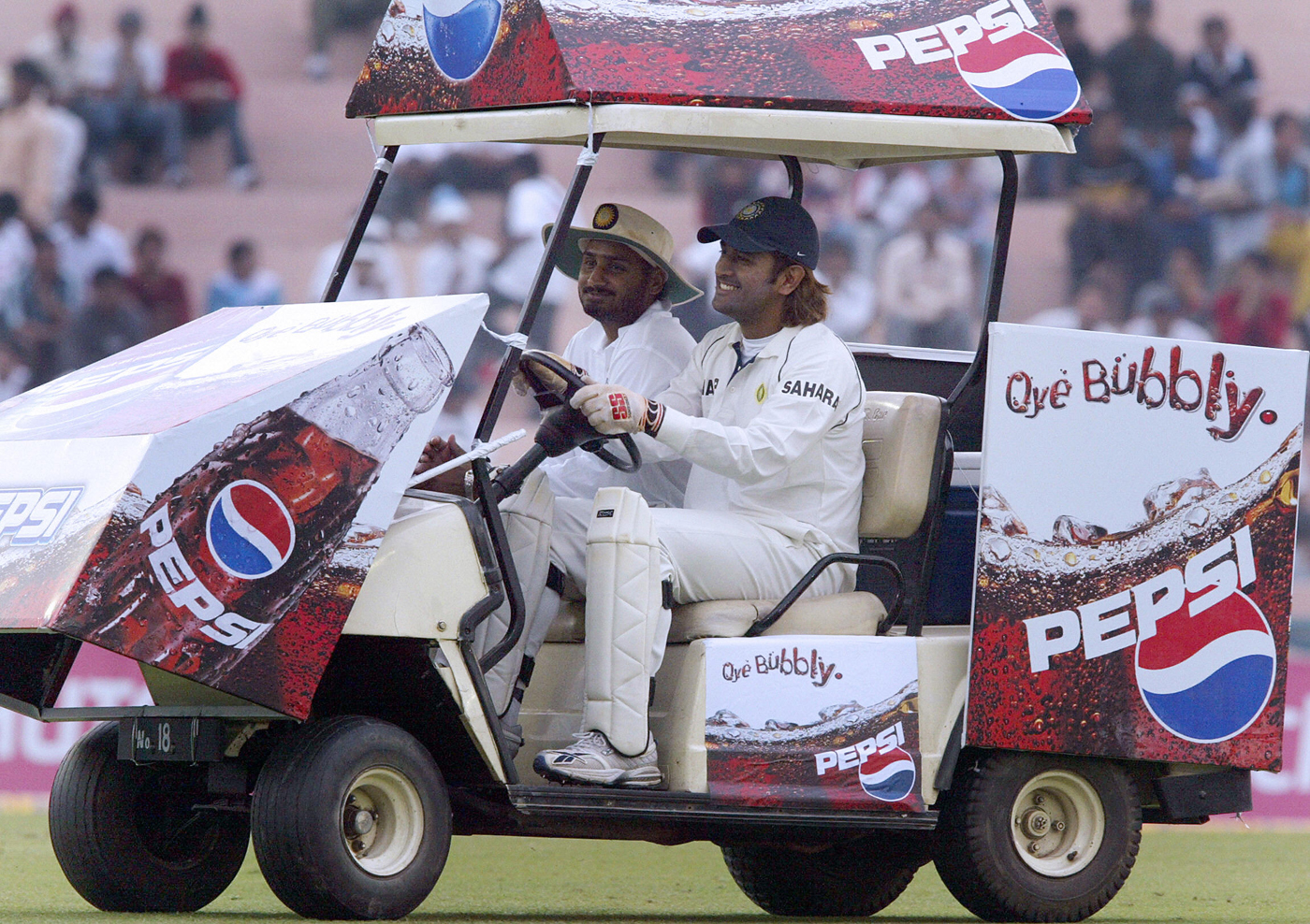 Who do you think benefits most from this drinks break? © AFP/Getty Images

You can also have a drinks break. In a Test match, after every hour, the players stop playing for a drink and a snack and a bit of a chat. These breaks seem more social than nutritional, as if the players need a pause in their hostilities to rest their overwrought minds from the eternal conflict between bat and ball.

The fielding side gathers in a group, while members of the batting team leave the pavilion to offer physical and spiritual refreshment to their colleagues. You might, if you were naïve, think such breaks unnecessary for the players' health and well-being, and you would have a point. But that's not what they are for.

They are an additional opportunity for television adverts - and that, of course, makes them sacred. When a wicket falls, there's now always an impromptu drinks break, while more adverts are shown. Yes, just as play reaches its highest level of arousal, you cut to something completely different - as if you're about to kiss for the first time and someone tries to sell you a vacuum cleaner.

If you know which way a legbreak breaks, you're an insider

Which leads us to the most important break of all in the modern game: the ad break. Every couple of overs - the right time to discuss the game - the ball's starting to do a bit, or the batsman looks as if he's booked in for bed and breakfast, and you're back with the vacuum cleaners.

In some countries there's an ad break after every over, so any discussion has to take place between balls, when you're not in the mood. Increasingly cricket is about stuff it's not actually about. The game is more and more about selling stuff that has nothing to do with cricket.

You may remember a 50-over match in Johannesburg in 2006 when Australia scored 434 and lost. I watched that on television in India and afterwards dined with my colleague Christopher Martin-Jenkins. "And that, Christopher," I said, "is the future of cricket. Nothing but sixes and adverts."

Neither of us was entirely happy about this but we gave sad philosophical shrugs. That's how it is. Them's the breaks. 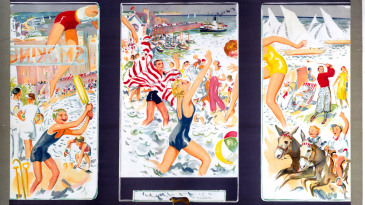 Where there's a cricketer, can a product endorsement be far behind? 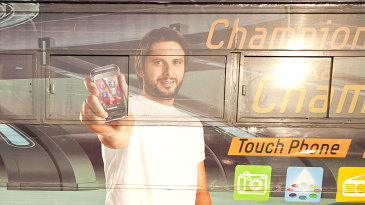 Pakistani cricket ads: what we remember 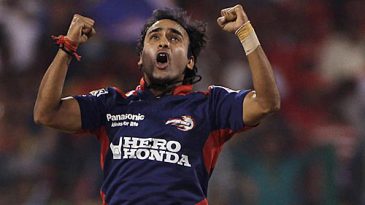