Above, Ian Botham gets some love (and possibly a swig of beer?) from a fan during his 103 against New Zealand at Trent Bridge in 1983. Three years later in Sussex, Botham delighted young fans at a school for children with severe asthma by landing his helicopter, which he was learning to fly around then, in the grounds. The stars get special treatment, don't they? Don Bradman is mobbed by kids at the SCG, while other players are virtually ignored. Some crowds aren't so easy to get through. An angry Shahid Afridi (in the red T-shirt) had to hit and punch his way through a scrum of fans waiting to greet him and other Pakistan players at the airport in Karachi on their return from a victorious Asia Cup campaign in Bangladesh. "There was no security for players and it's usual that fans come and seek autographs, but this time they were out of control and hurt my daughter, on which I lost my temper," Afridi said later, apologising for hurting some fans during the incident. Sometimes the fans attack you. In the final Test of the 1970-71 Ashes, at the SCG, after Terry Jenner was injured while ducking into a bouncer from John Snow, the bowler was warned by the umpire for intimidatory bowling and walked to field at the boundary in a huff, where a drunken spectator grabbed his arm and tried to slap him before being pulled away by those around him. And sometimes cricketers protect you from assault: Mashrafe Mortaza embraces a pitch invader and tries to prevent a security officer from manhandling him too much. The traditional way of interacting with a player when you met them was to get their signature, like these fans do with Denis Compton, in an autograph diary or a playing schedule or simply on a scrap of paper. But sometimes you just don't have any paper to offer the player - Shane Warne, in this case, who was accustomed to signing parts of the body. Justin Langer gets a larger surface area to scrawl on, at the MCG in 2002. After making 250 in the Ashes Test there, Langer lashed out at the England fans for shouting "no-ball" when Brett Lee was bowling, alleging he was chucking to generate pace. "These people stand behind a fence drinking beer with most of them 50 kilos overweight making ridiculous comments," Langer said. "It's easy for someone to say that from behind a fence, they're within their rights because they've paid their money, but there's still some integrity in life, I think." Still, after the game he took the time to sign autographs for them. A selfie is to an autograph what a real conversation is to texting - so much more meaningful! "Here's proof that I stood next to Virat Kohli, now hit like and share." If you can't see me in the flesh, will a two-dimensional version do? Younis Khan gets flowers and cheers on returning home from a successful tour of India in 2005. New Zealand's Katrina Keenan gets hoisted on the shoulders of fans after winning the Women's World Cup against Australia in 2000. Mitchell Johnson gets hugs and vigorous back pats after destroying England in the 2013-14 Ashes. And this young fan gets a bonus: a photograph with Sachin Tendulkar... taken by Sunil Gavaskar. No scrapping about if you're getting an autograph from Alec Stewart. Line up in an orderly queue, please. Australian allrounder Mel Jones plays catch with kids ahead of a World Cup game in Pretoria, 2005. Steve Waugh and his team-mates play street cricket with local kids during Australia's 1994-95 tour of Pakistan. 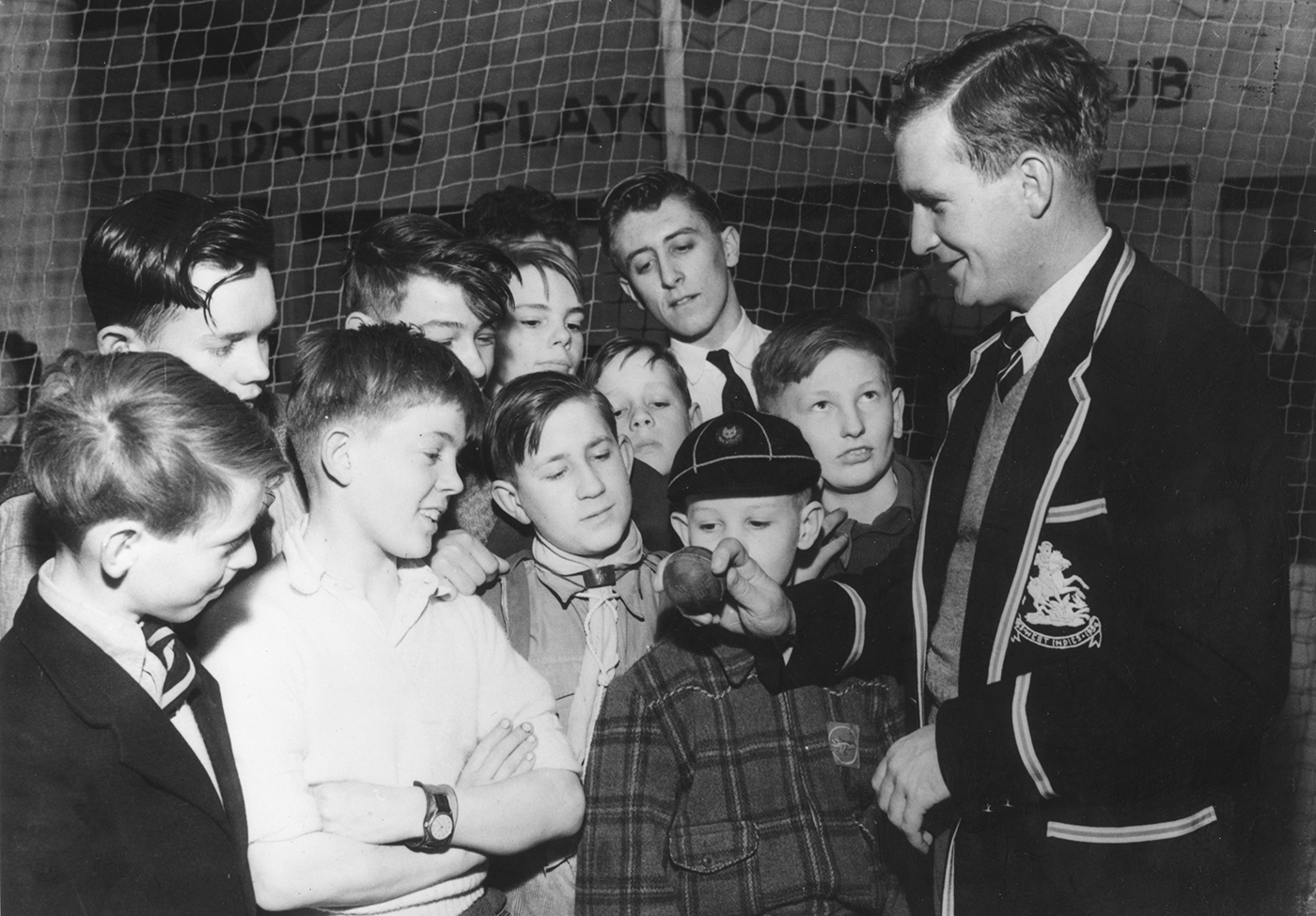 If you're meeting an international cricketer, you might as well get some handy tips on the game from him, right? Jim Laker unlocks the mysteries of spin to a bunch of schoolkids, 1954. Won the inaugural World T20 and all set to transform the game as we know it? Throw a party on the streets. A photograph, an autograph, a friendly greeting, a chat - all that's fine, but is there anything as lovely as being offered a cuppa by a cricketer (even if it's at a sponsor's event)? Mike Gatting serves up the beverage synonymous with the game to fans at The Oval, 2013.