The scoreboard is the TL;DR version of the story of a match. But have a look at these spectators at the Isle of Wight in 1934, sitting at a pier, following an Ashes Test on a scoreboard - somewhat like readers of ESPNcricinfo follow ball-by-ball commentary (but with sand in their shoes). Electronic versions make things easier for the scoreboard operators but they aren't completely hazard-free. In 1999, the one at the MCG caught fire while players of two AFL clubs, Richmond and Carlton, were warming up before a game. "There are sparks flying - this scoreboard could explode," said a commentator on TV as spectators ran onto the ground. "It was like fireballs dropping down into the crowd," recalled Jeff Gieschen, the Richmond coach. But on the whole, electronic scoreboards are less of a hassle. For one, you don't need to build scaffolding for them, as workers are seen doing above in Rajkot in 2005. Although at times you can get the spectators to chip in, like these helpful souls are seen doing at a T20 game in Uxbridge in 2011. The MCG moved from manual to electronic in 1981, and its old scoreboard, which had been in use since 1907, at first as the No. 2 scoreboard, was moved to the Manuka Oval in Canberra and named the Jack Fingleton scoreboard. Here's a view from the inside during an ODI in 2014. One of two other manual scoreboards still in use at a major Australian ground is at the WACA (the third is in Adelaide). "It's an art when a wicket falls to watch the guys change the plates over," Bill Solich, a former scoreboard operator at the ground, told the Sydney Morning Herald in 2010. "Plates come from the top down to wherever it is, it might be the bottom or the middle [of the board], and there's a whole stream. Everybody gets out of the road because there's plates flying left right and centre as you've only got a couple of minutes to get it up before they start play again before the next batsman comes in." 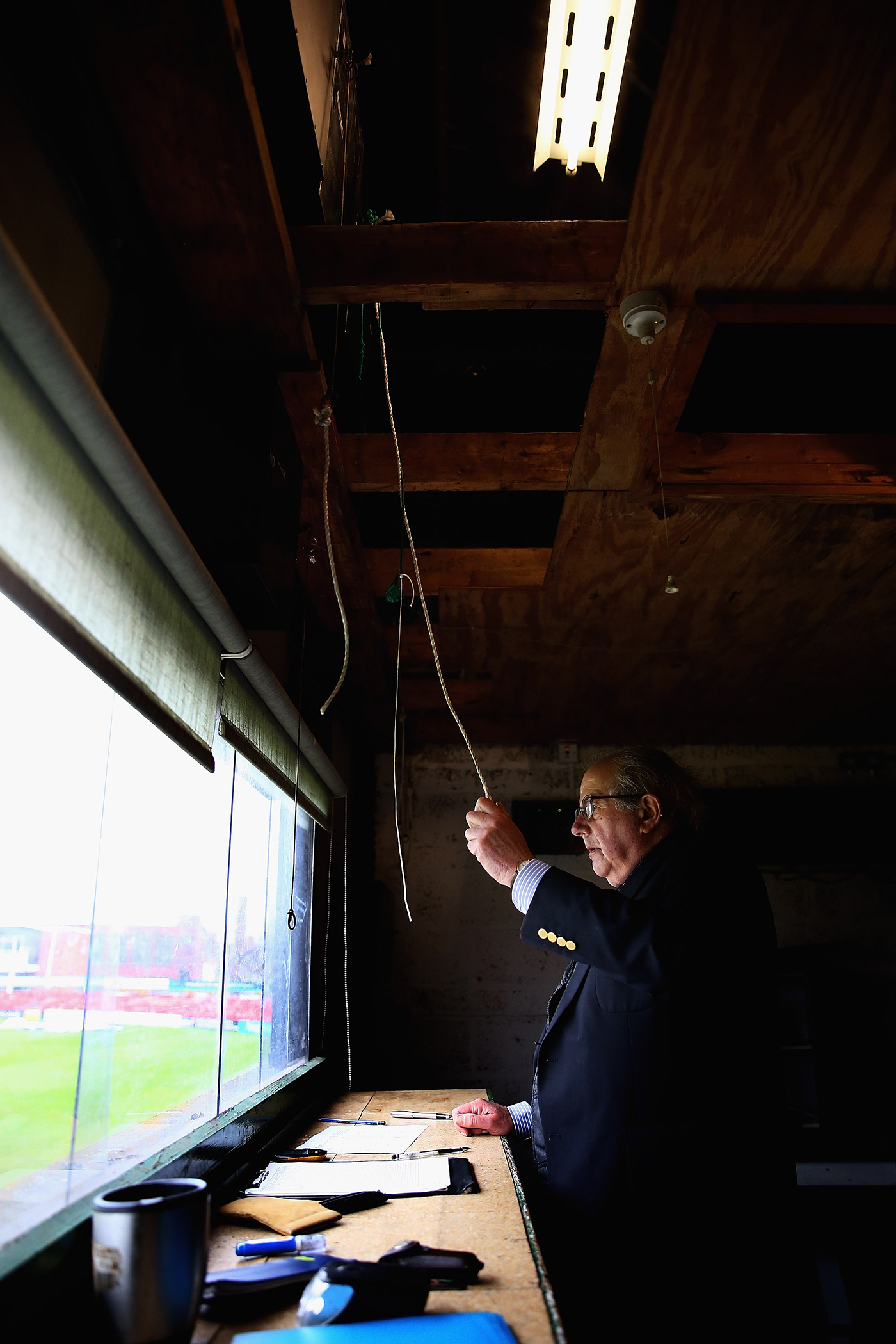 At Grace Road, the scoreboard operator uses a system of pulling strings to change the numbers. It's official: everybody uses Gmail (here seen on a Sheffield Shield scoreboard more than a year before Google released its email application).

How many matches did this man play for England? … sometimes there's a rainbow at the end of the scoreboard. And at other times, you can take shelter under it. 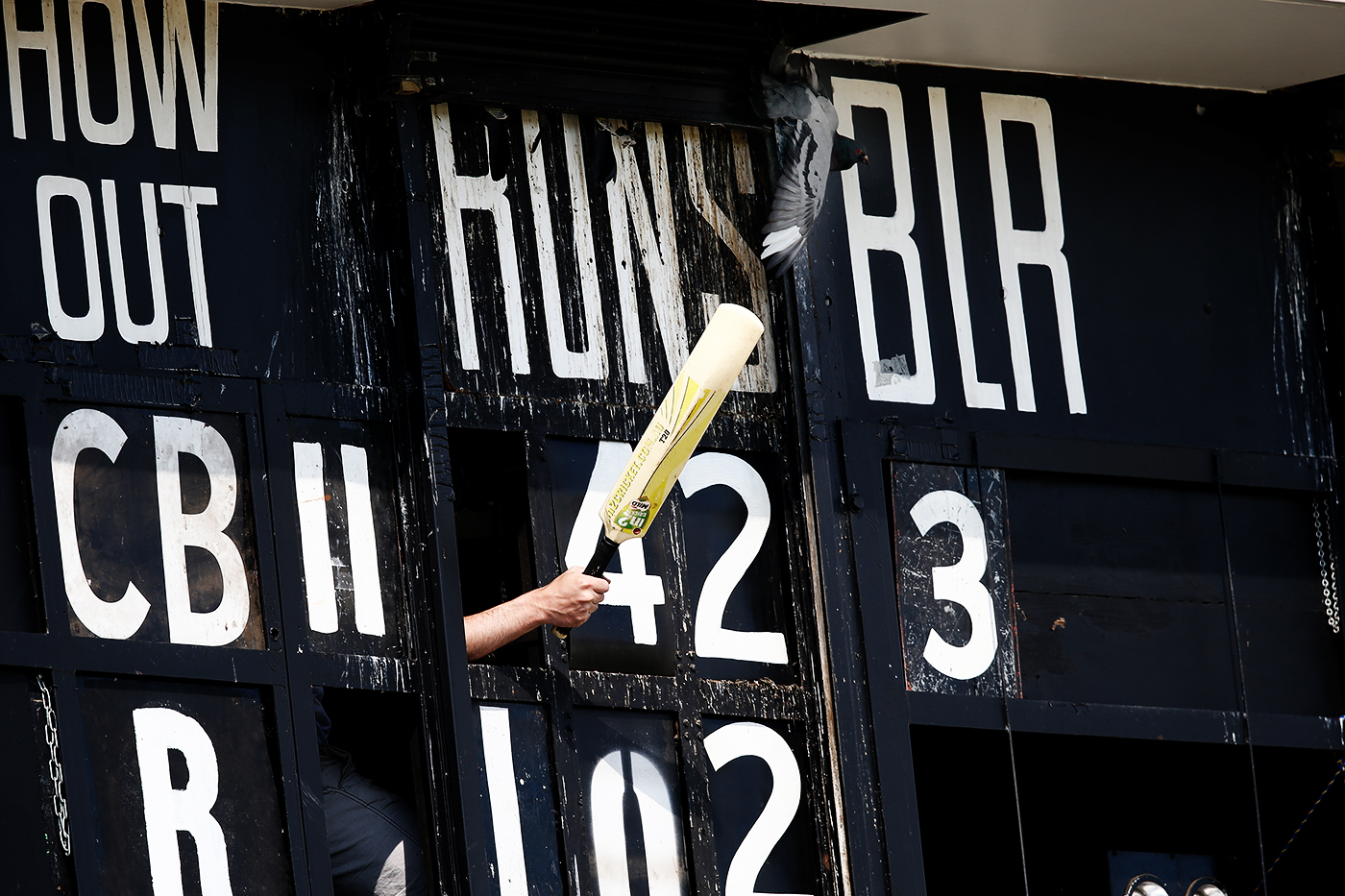 If you didn't get a sponsor's flyer to wave every time a boundary is hit, you could always find spare digits lying around, like some of these fans did in Kochi in 2006. An alternative meaning for "going the aerial route". 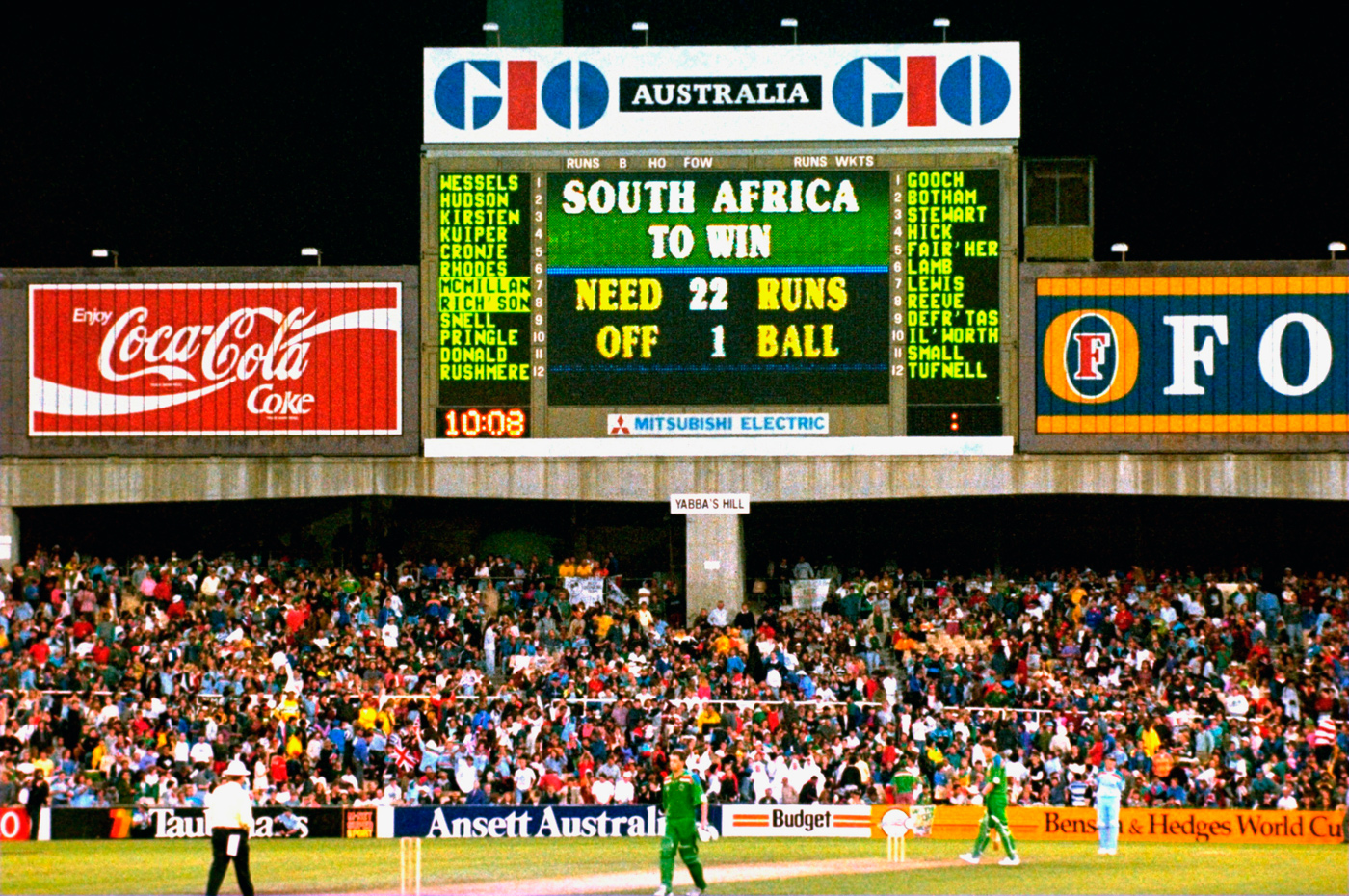 Don't want people turning to football? Give them the scores while they are at the cricket. To scorers everywhere: thank you for all the challenging work you do to keep us informed about every ball of every match. Not so sure about this scorer, though. Given how adorable his companion is, it's doubtful he's been updating the board even once an over. Inside the WACA scoreboard

It might be cramped, it might get hot in it, but it's part of the legend of the storied old ground