Let's play some cricket on the beach What's the best thing about playing cricket on the beach? The gorgeous setting? The sound of the surf? The sea nearby to cool off in? A surface that's easy to dive about on? A legit reason to show off your bod? Getting mouthfuls of saltwater and backsides full of sand? If there's fried fish and beer at the end of the game then sandy bottoms are welcome, right?

This game in Grenada, above, features a leg-side heavy field. 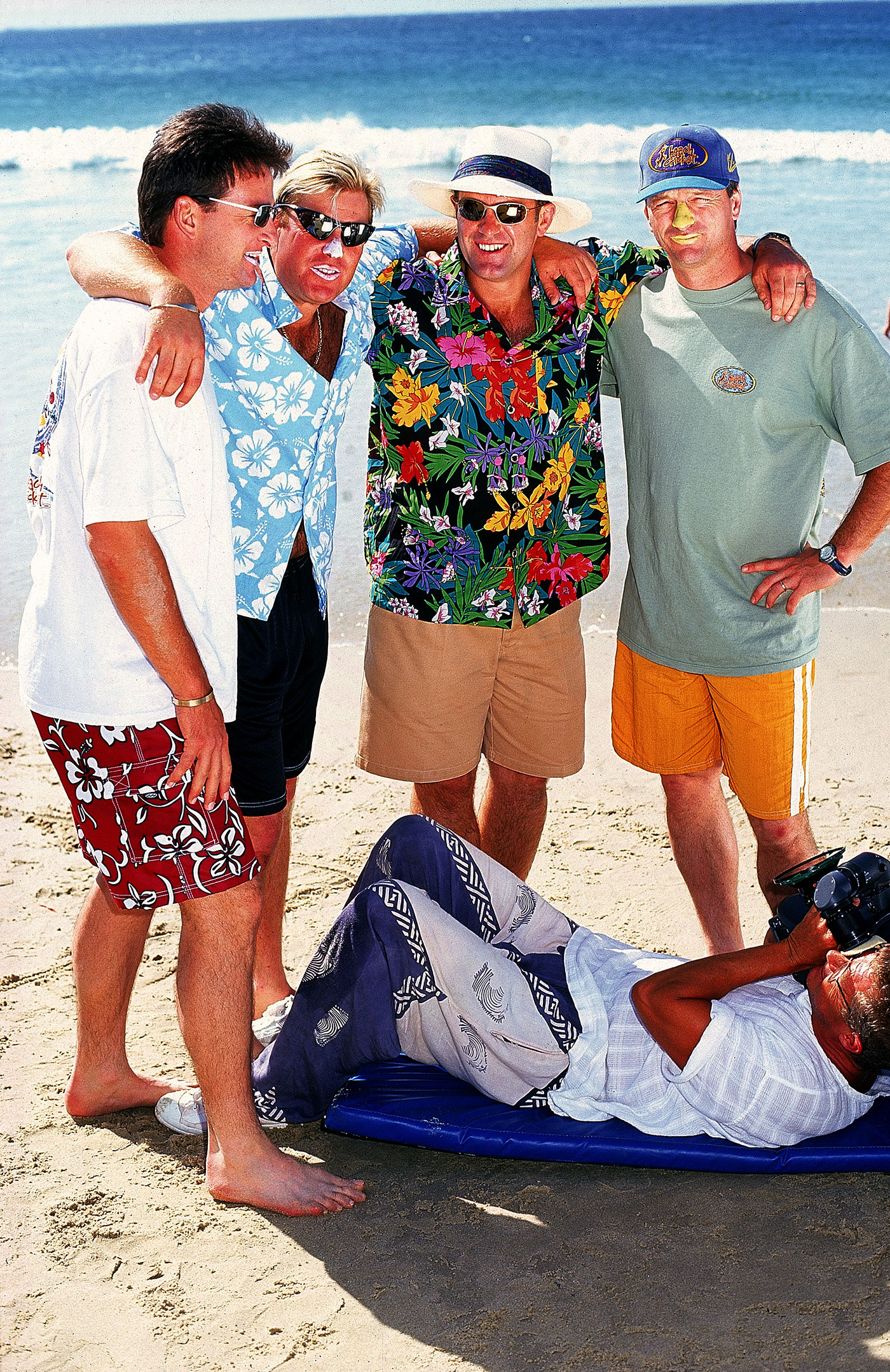 Cricket, whether it's on green fields, sunny beaches or in concrete stadiums is about mateship (and badly designed clothes) as Mark Waugh, Shane Warne, Mark Taylor and Steve Waugh show us in Gold Coast, 1997. 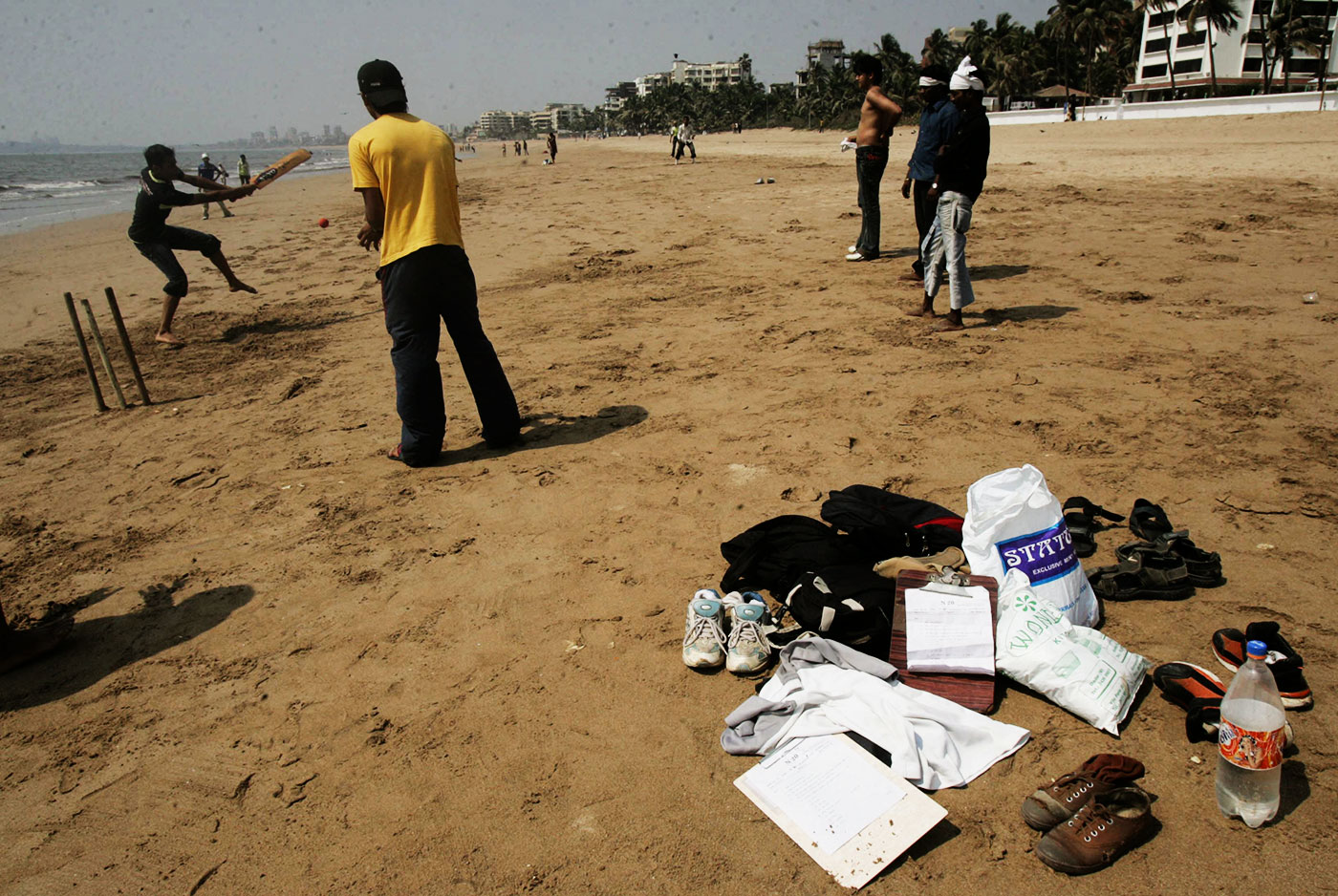 How do regular people who like cricket spend their time on the beach? Perhaps by celebrating the end of the exams with an impromptu game, like these boys in Mumbai. 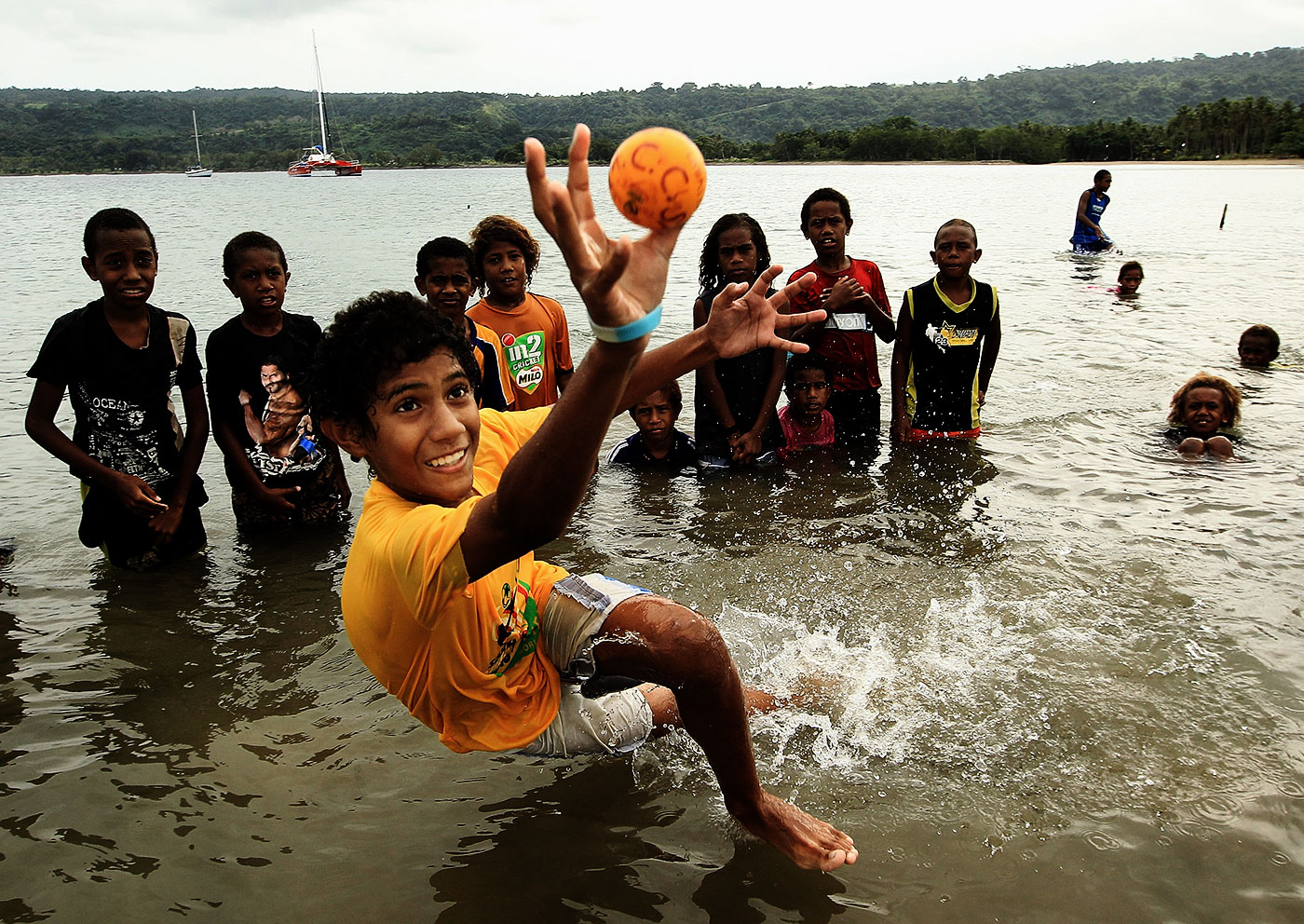 Or taking diving catches in the water, like these kids in Vanuatu. Or relaxing in deck chairs while reading about and watching Test cricket, like these lucky spectators on Brighton beach in England during the 2001 Ashes. 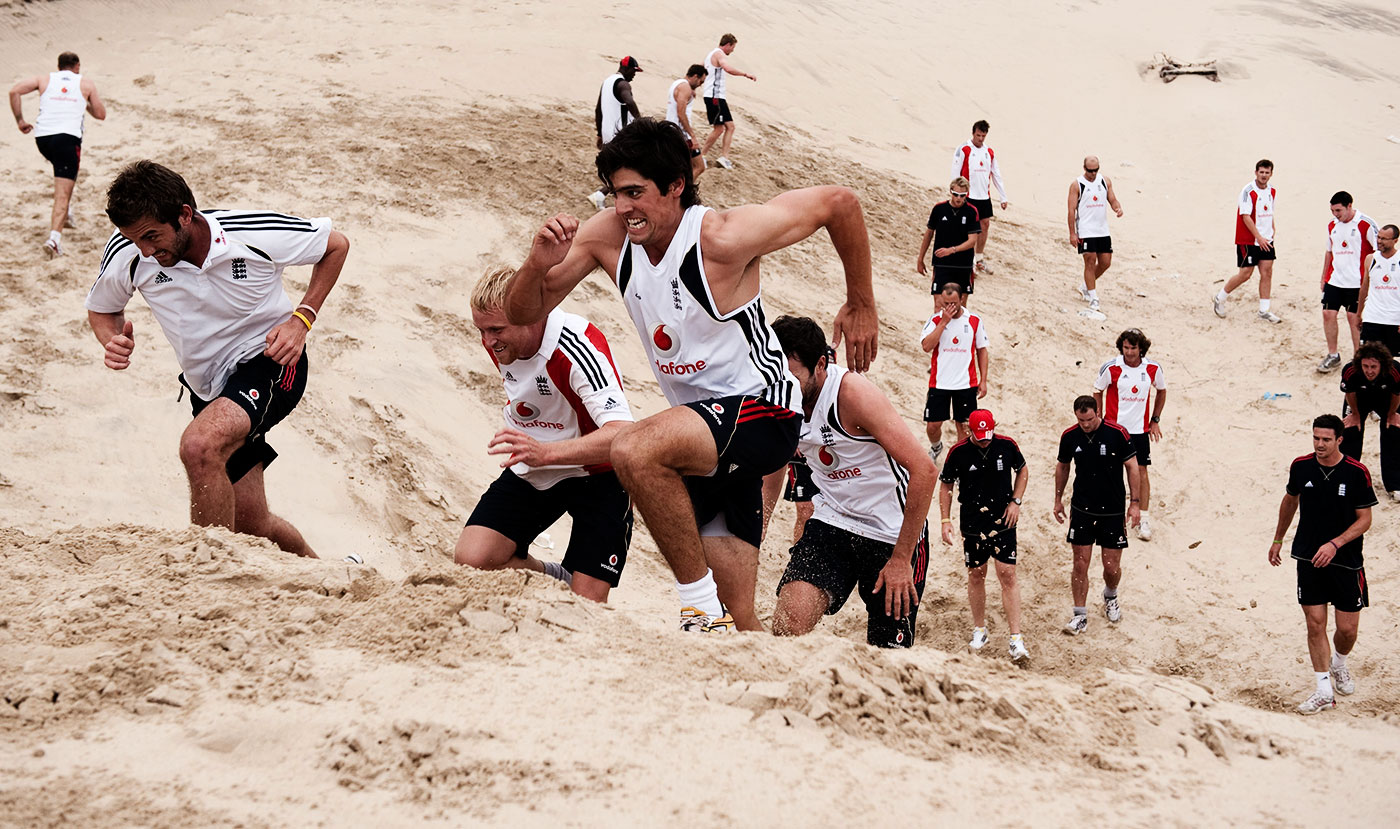 What do elite cricketers do? They run up sand dunes. 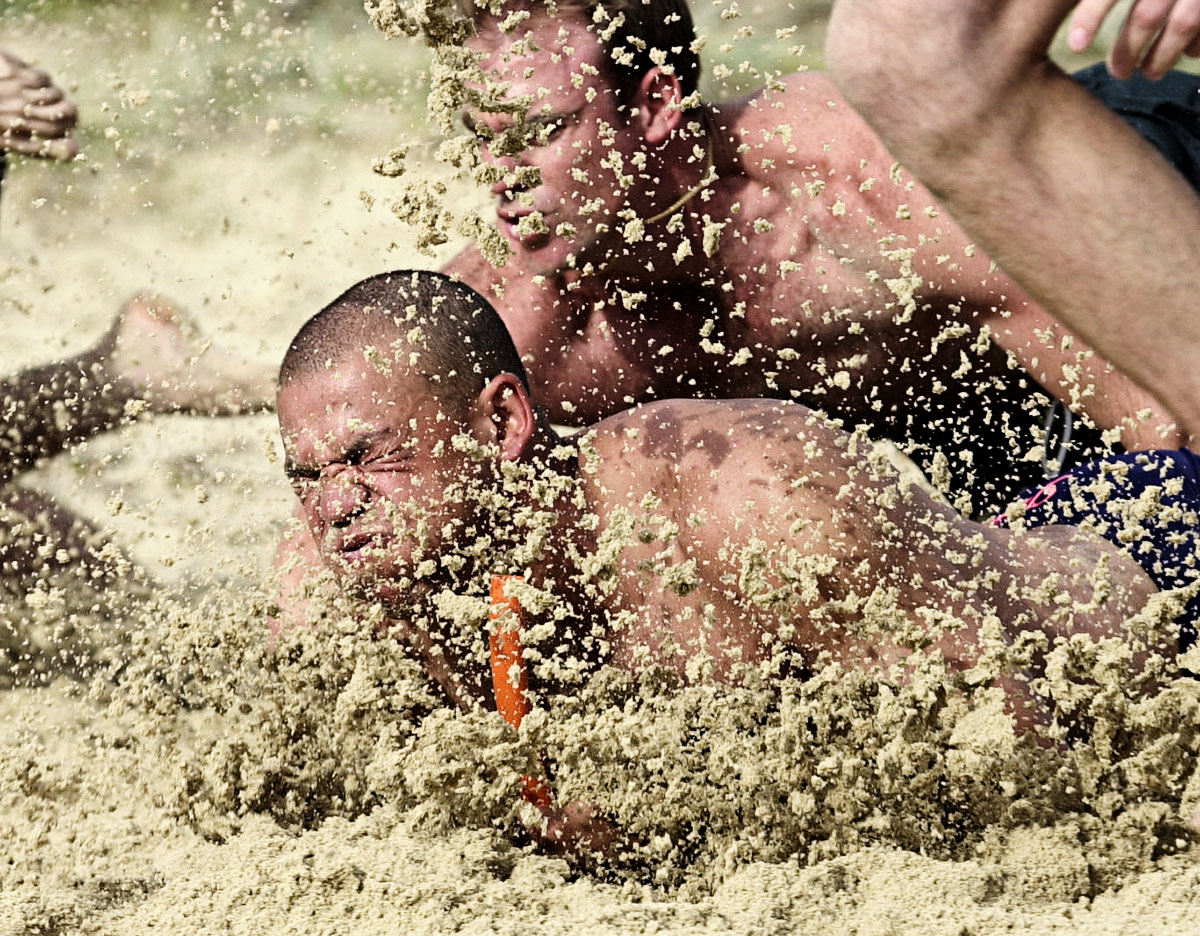 They tackle each other into the sand.

They do (sea) side splits. 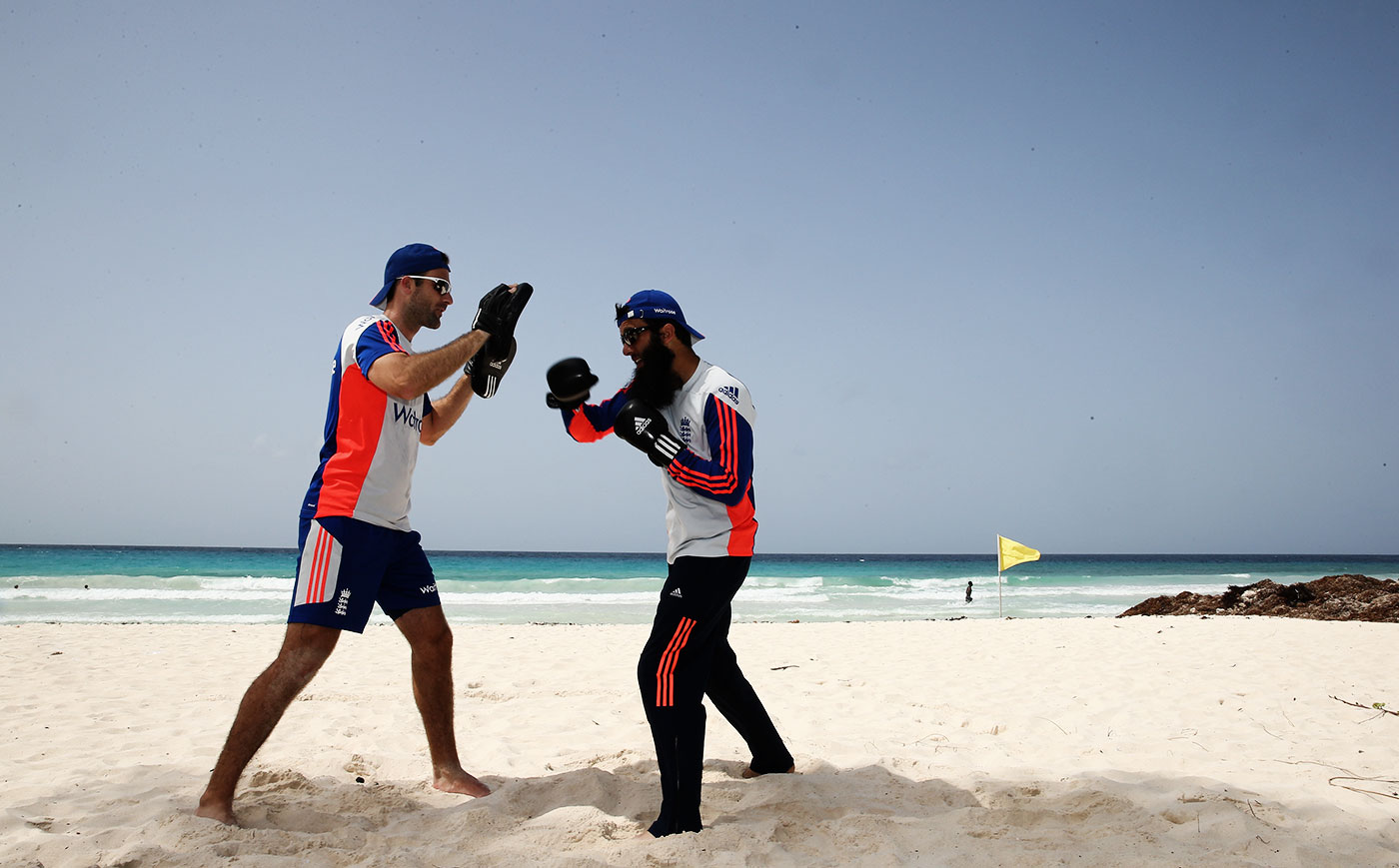 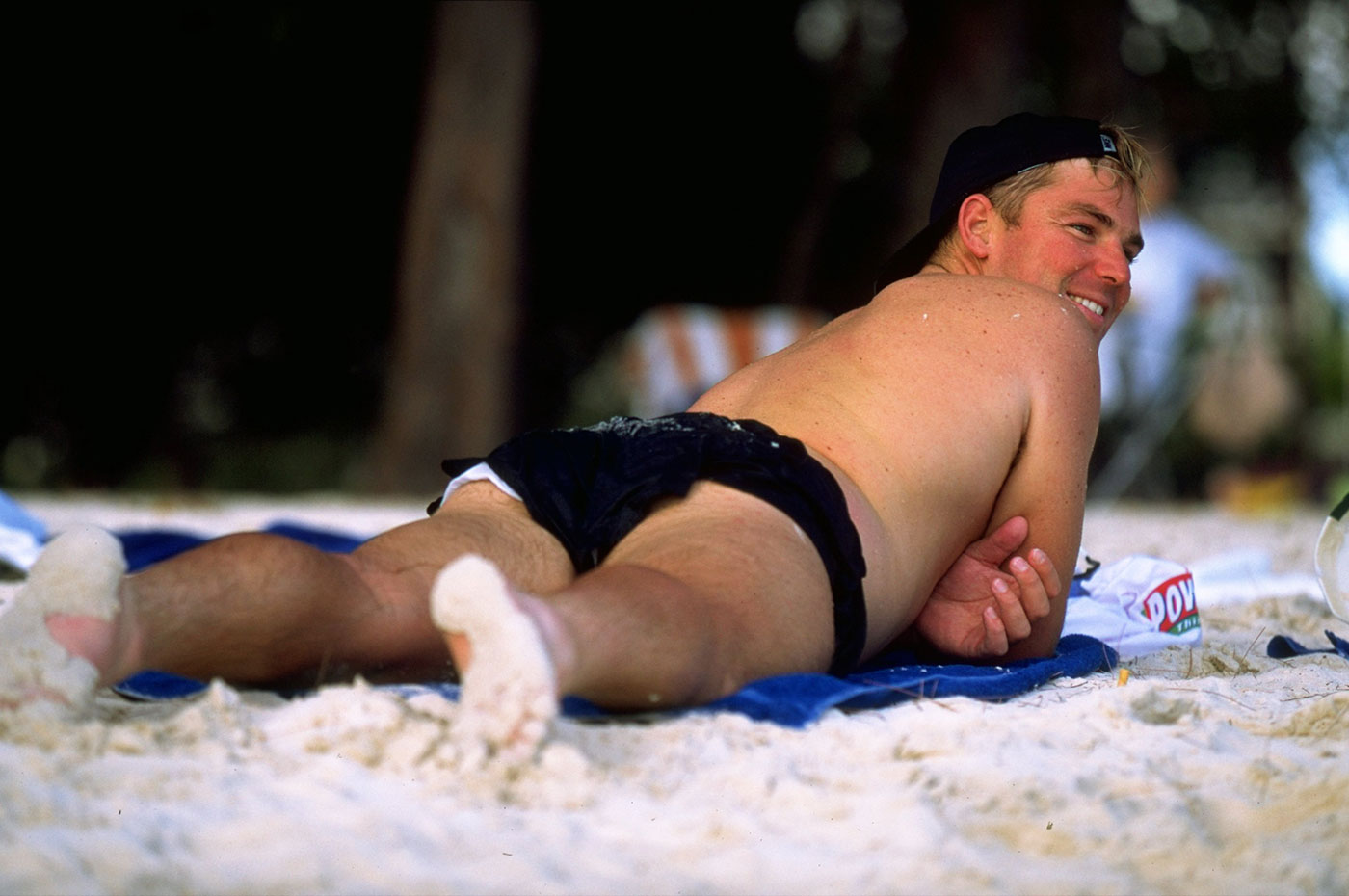 But sometimes, like us, they also get sun tans. 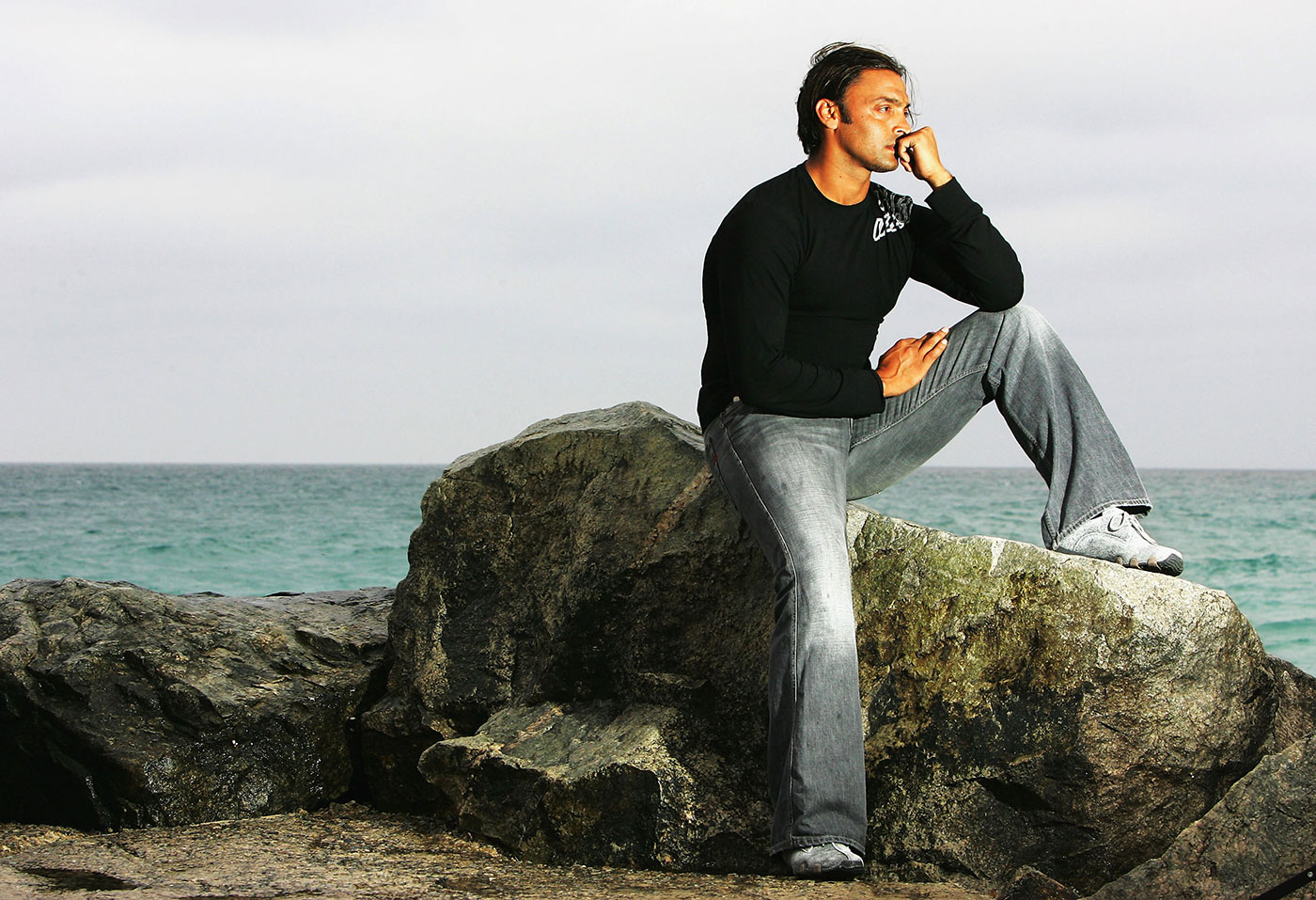 Turn up to the beach in jeans and feel a bit silly about it. 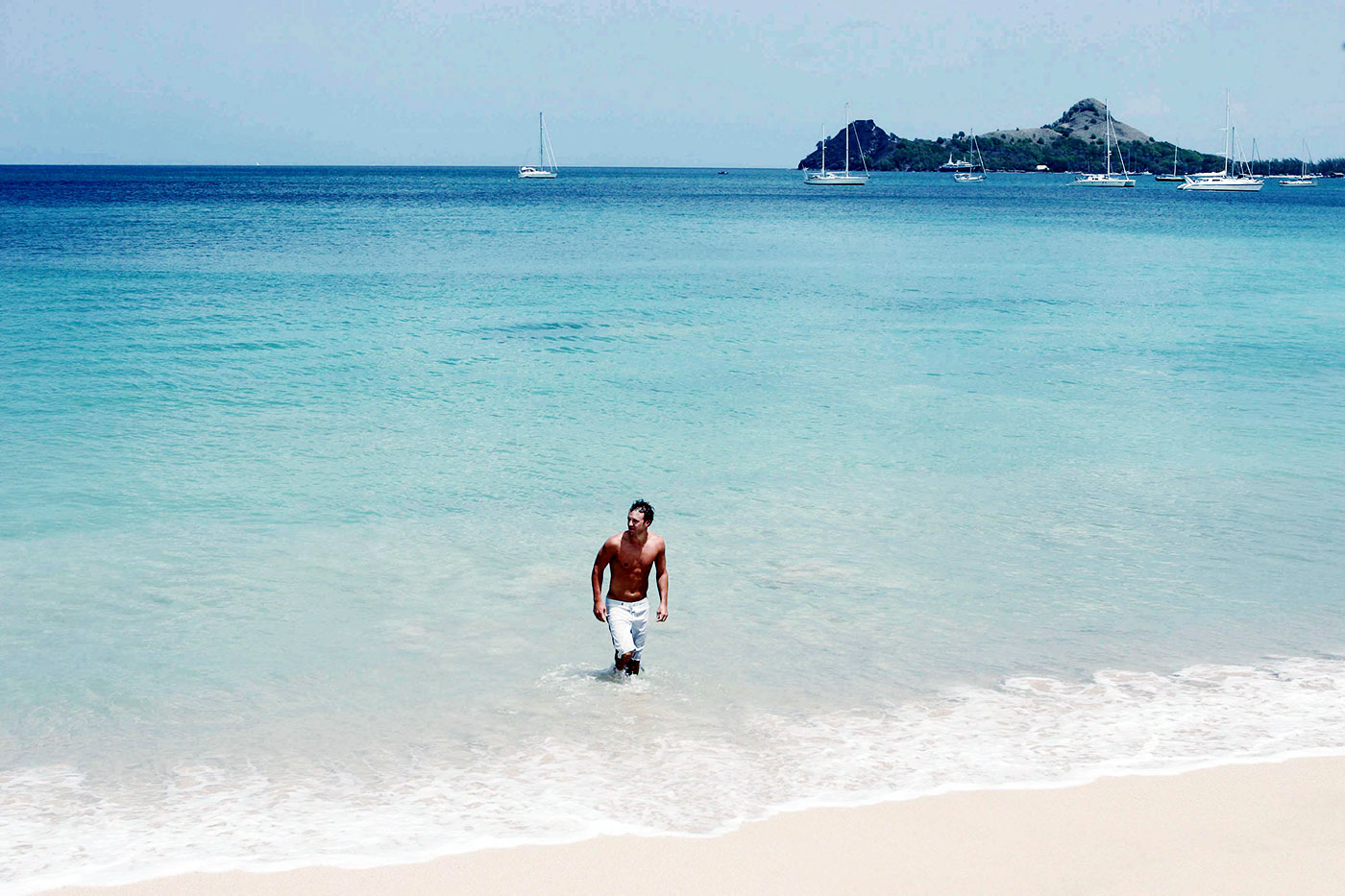 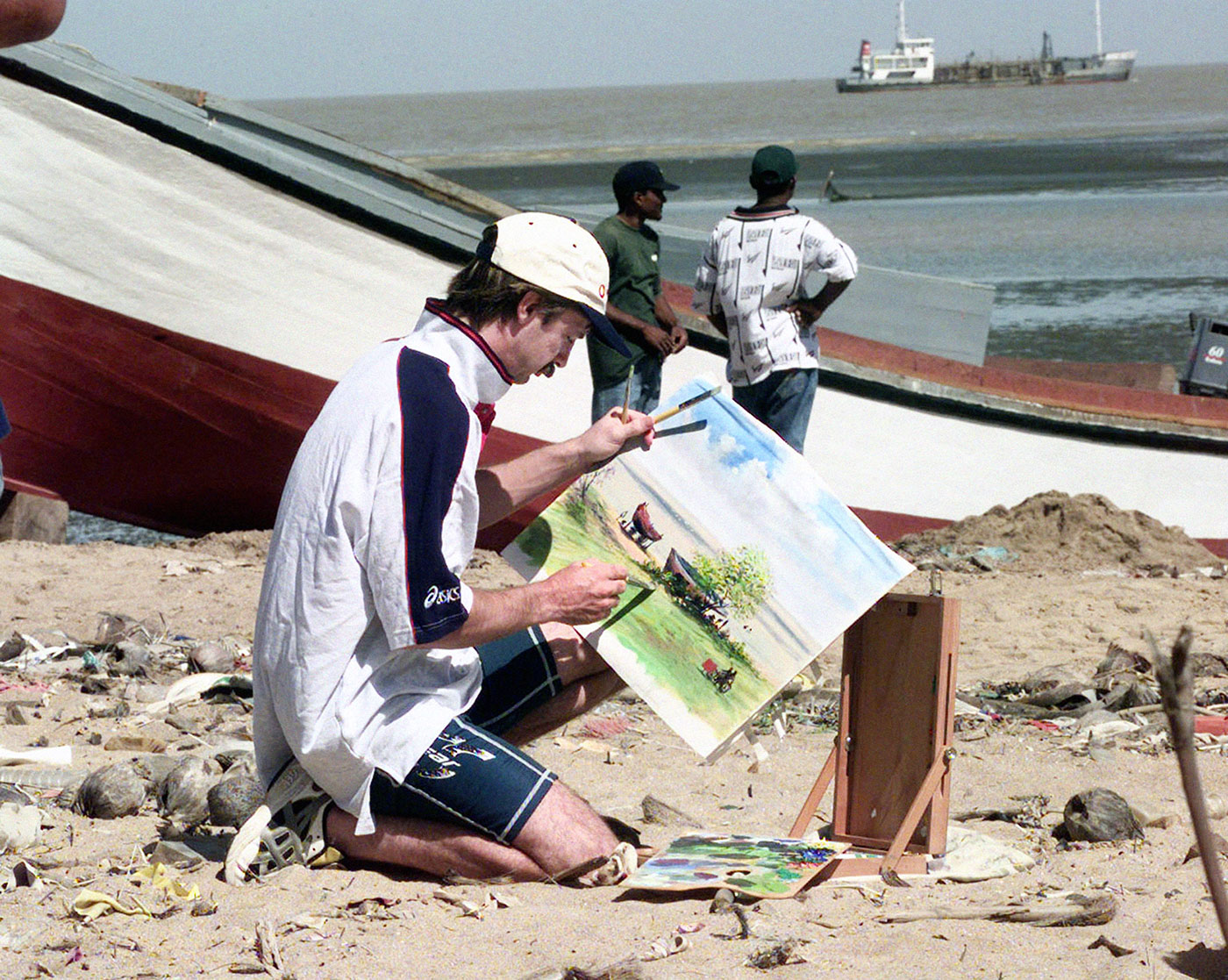 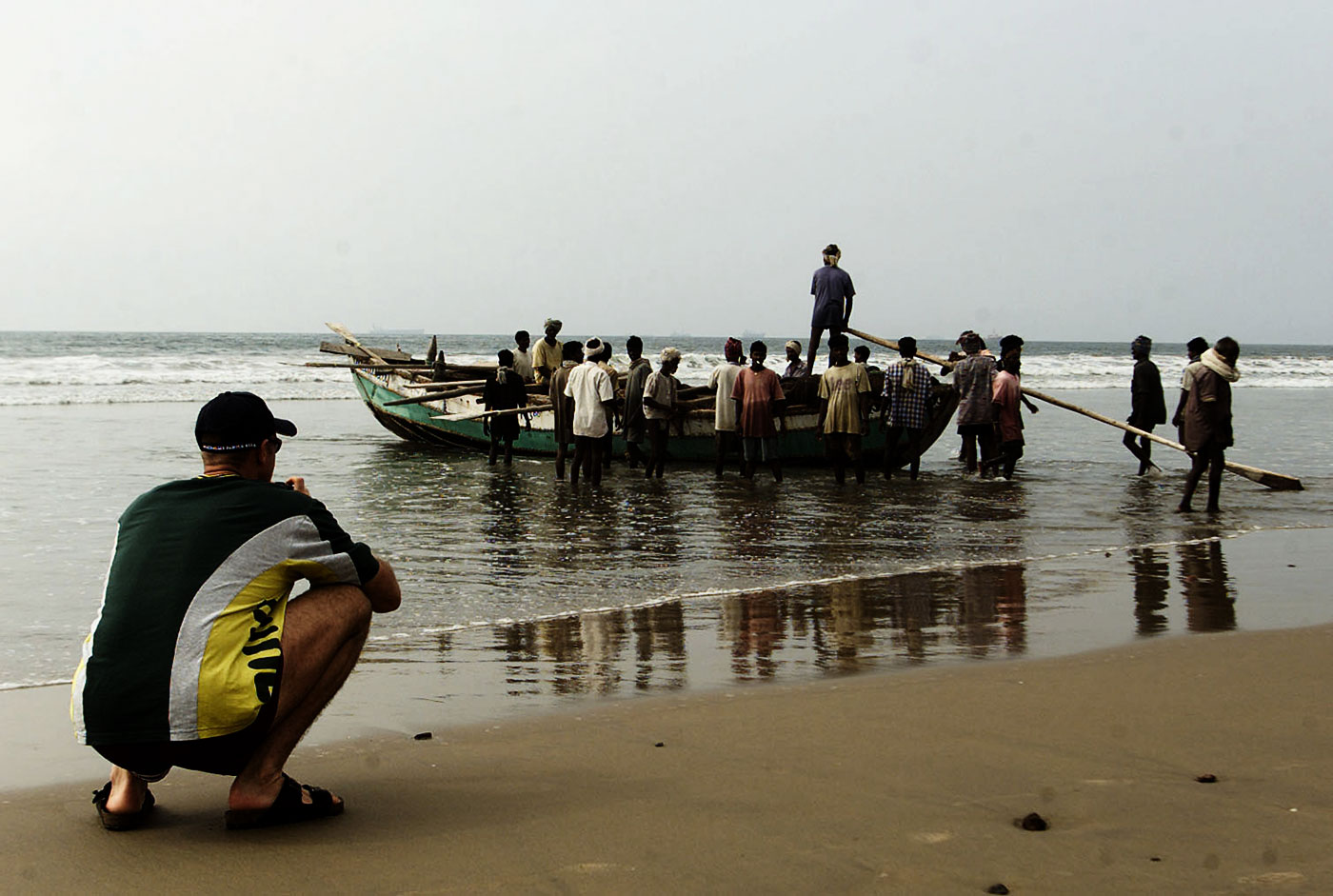 Ride around on jet skis. Take walks by the sea in the morning. 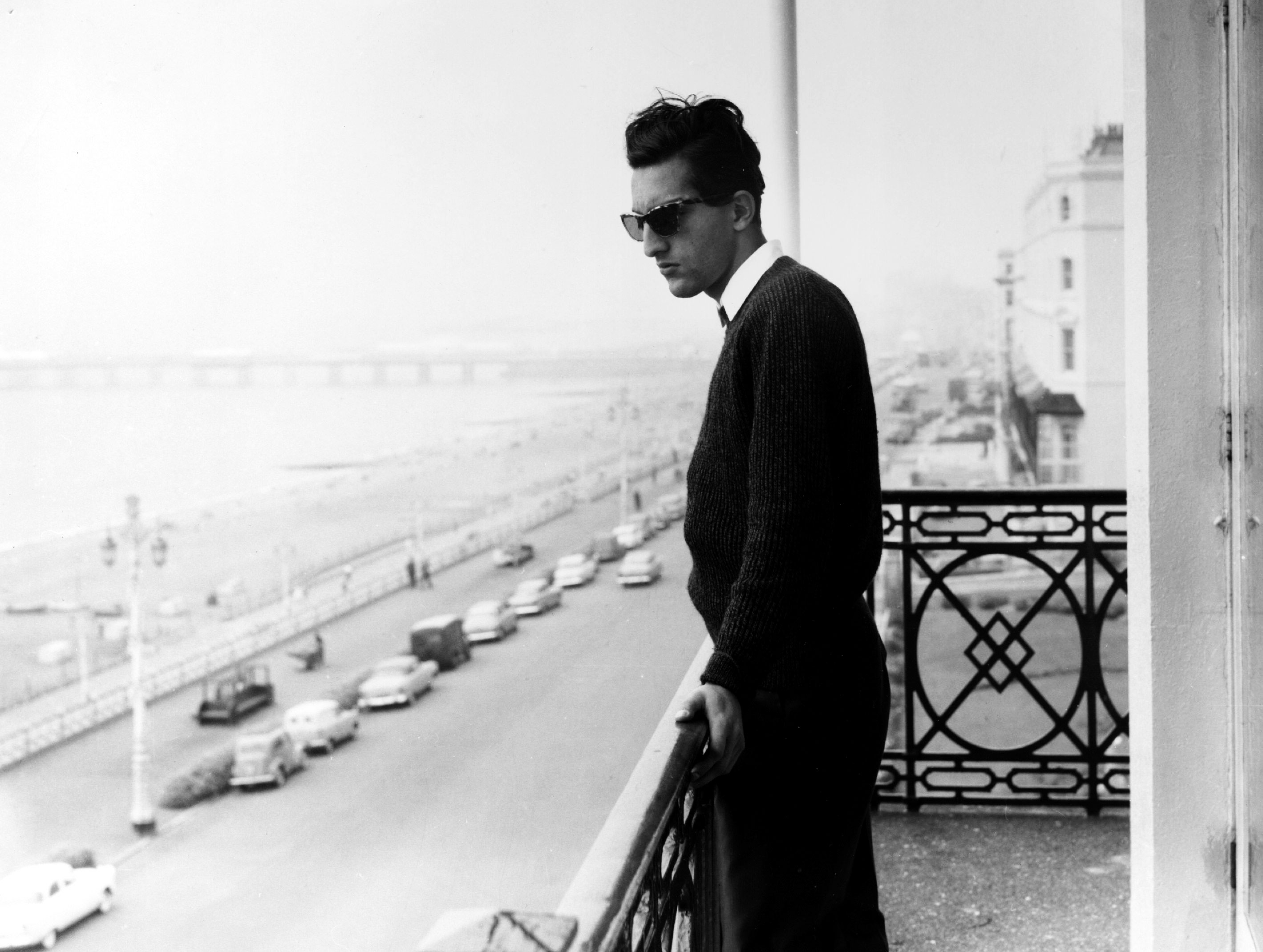 And Instagram-perfect photos of the high life. 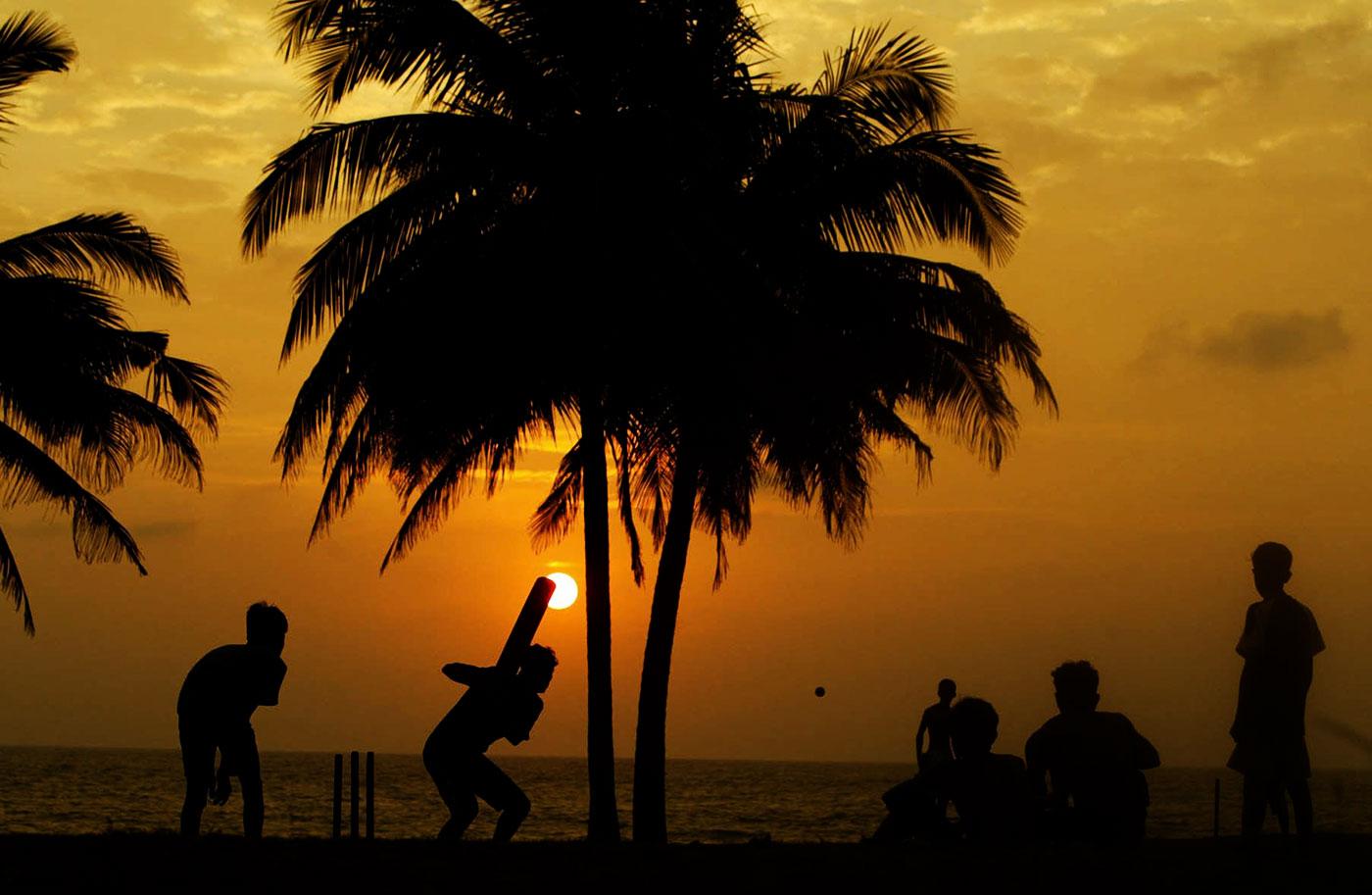 We often associate the beach with the good life - especially when it's accompanied by perfect sunsets. But not everybody gets to enjoy clean white sands and pristine waters. This youngster, surrounded by piles of garbage on a beach in Mumbai, tries to make a game of it. Are you a good enough beach cricketer to get your own personal cheering squad? 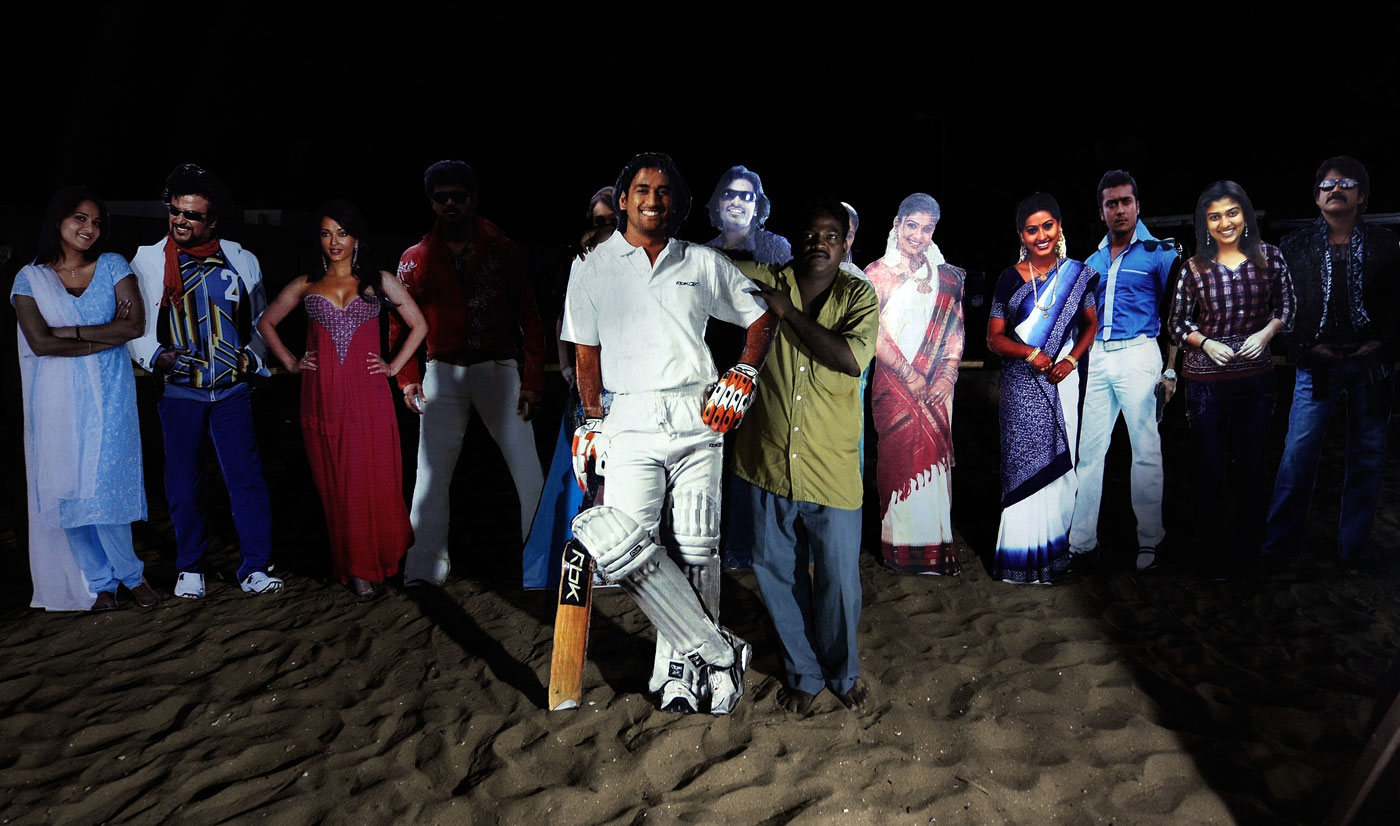 Or did you turn up at the beach and realise you're not good enough to play? No matter, take a photo with someone who can, instead. The water kind, not the Warwick kind 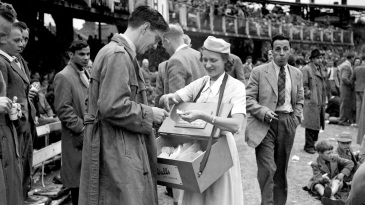 Food has found its way into cricket in many, many forms 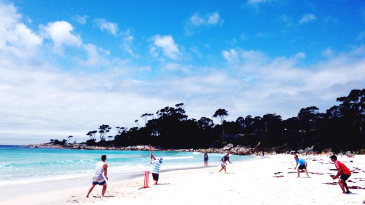