Last month, the Covid-19 pandemic brought social distancing to cricket: No more fans at games, if there were games at all. Contact between players was to be kept to a minimum. No more high-fives. No piling on top of each other to celebrate a wicket. And no more handshakes to kick off a match. What was life like before cricket became a no-contact sport? Our photo feature throws back.

Strange scenes played out at the first ODI between Australia and New Zealand at the MCG, where the toss interview was conducted by Spidercam and players were asked to limit contact as much as possible. But so instinctive is the handshake at the toss that Kane Williamson and Aaron Finch absentmindedly reached for each other's hands anyway, and probably furiously sanitised them after, if Williamson's face is any indication. For the rest of the game, players resorted to elbow bumps, long-distance high fives and curt nods.

But the handshake is so much more than mere formality. This Pakistan fan knows it's a bridge between countries. It can also signify a welcome back to the fold. Here, Mohammad Azharuddin shakes hands with Clive Rice at the toss for South Africa's first international match after 21 years of isolation. 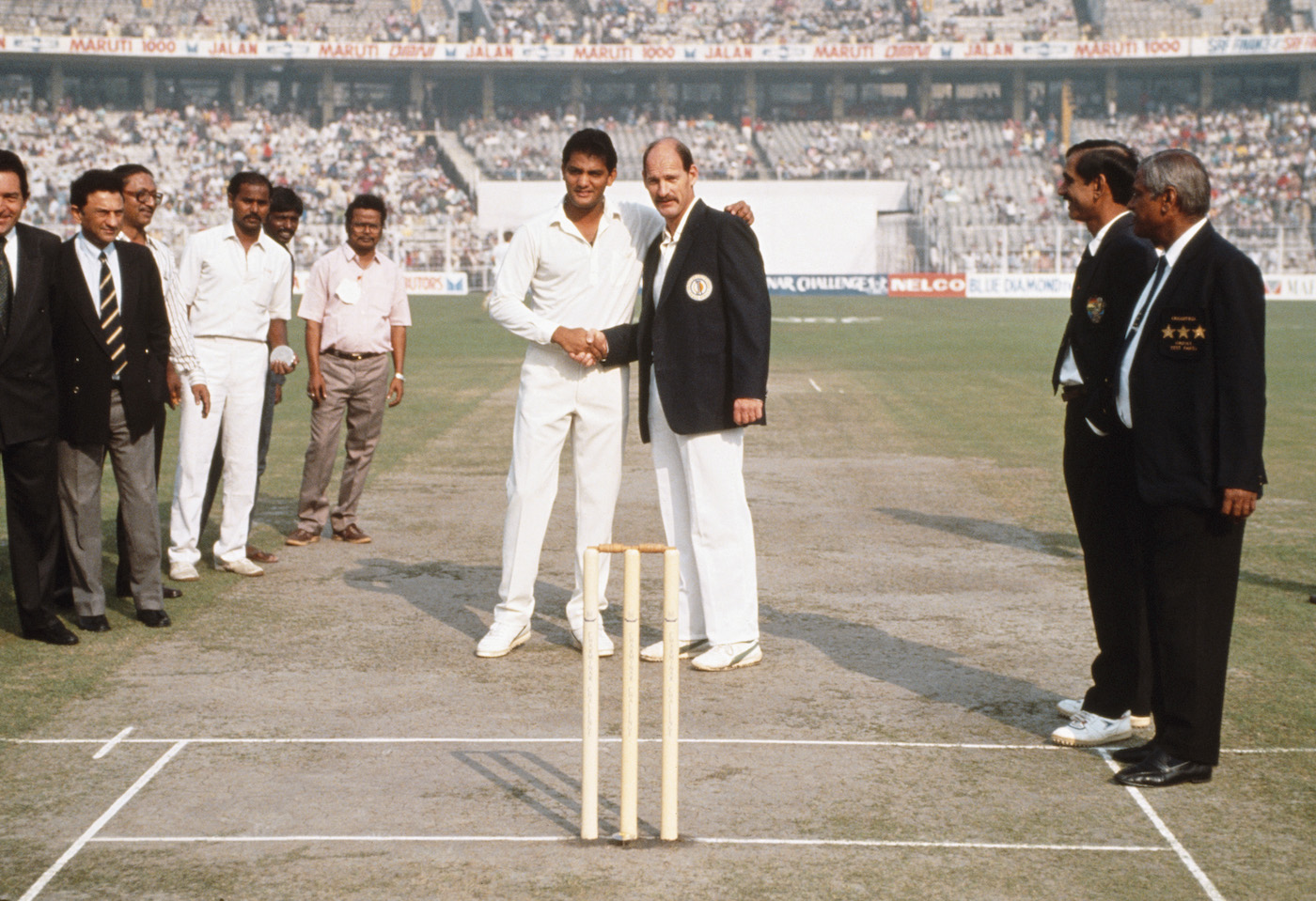 Calcutta 1991: Rice and Azharuddin at the toss. Before the game started, South Africa's captain also released a dozen doves from the middle, and the visiting team took a lap of the ground David Munden / © Getty Images

The handshake is the keystone of the spirit of cricket. Just ask Brett Lee, who has called Andrew Flintoff's handshake after Australia lost the nailbiter at Edgbaston in 2005 "one the most famous and best moments in Test cricket". "It hurts me too, but not in the same places" © Getty Images

The handshake marks important milestones, like this one just before Percy Holmes and Herbert Sutcliffe broke the record - or didn't - for the highest first-wicket partnership in a first-class match in 1932. The mark would stand for another 45 years before Waheed Mirza and Mansoor Akhtar surpassed it with 561 in a Karachi Whites v Quetta match in 1977. 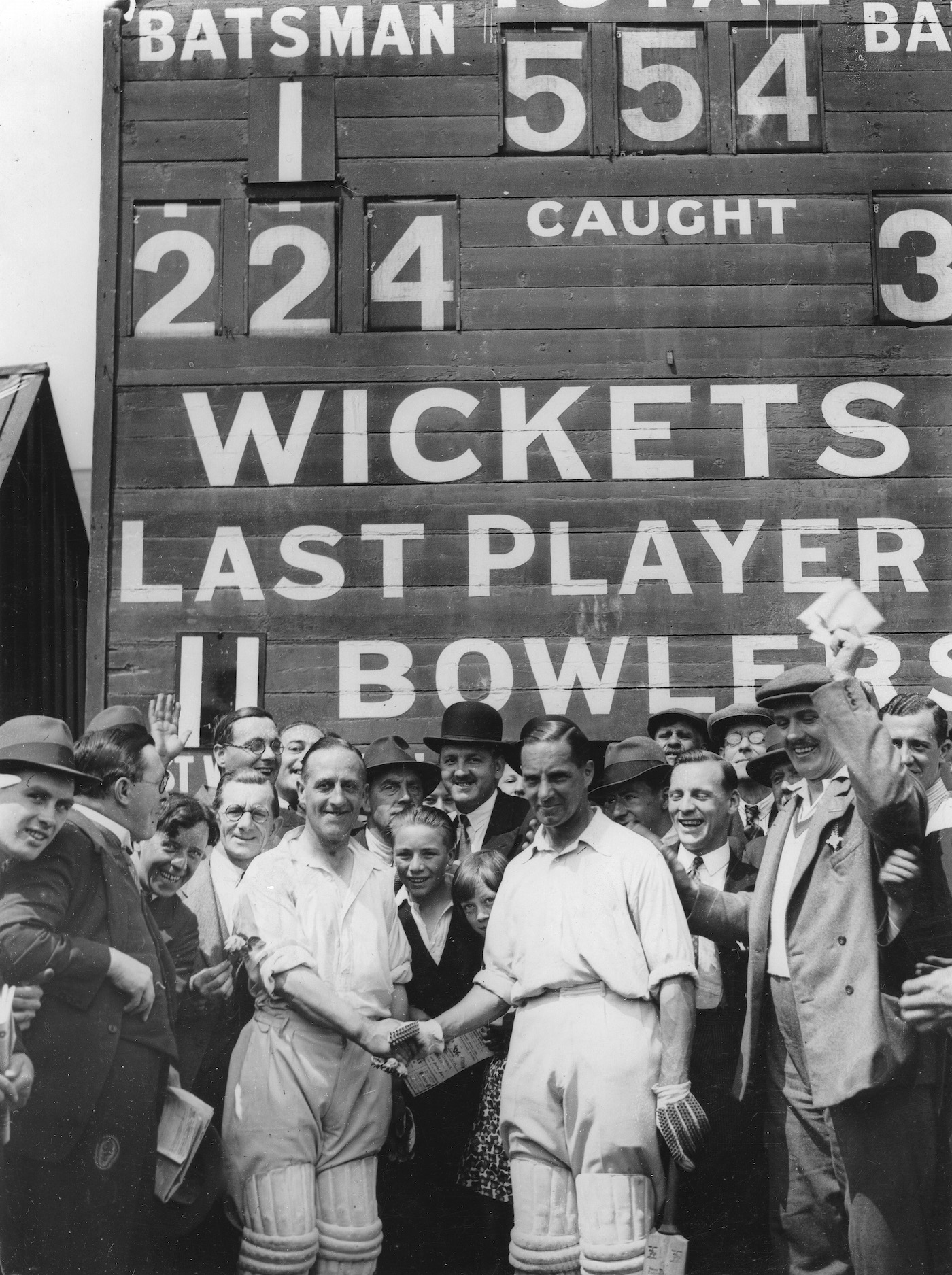 555 and all that: crowds flock in for history, in Leyton in 1932; Holmes is at left © The Cricketer International

And Steven Smith and Michael Clarke marked their 100-run partnership with a quiet handshake in Australia's first Test after the death of Phillip Hughes, in Adelaide in December 2014. 408, Hughes' Test cap number, will forever be reminder of one of cricket's biggest tragedies © Getty Images

What happens when you have a close encounter of the furred kind? And Geoff Boycott is cordial to a guerilla gorilla in the wilds of Manchester.

"And now be off, before I set my grand moom on you" © Getty Images

Lions and zebras were friends long before Madagascar, the movie. Just ask Sanath Jayasuriya and Dazzler, the 2003 World Cup mascot. "Is that just the way your teeth usually are or are you really happy to see me?" © Getty Images

Has Nathan Astle been naughty or nice? Has he been doing a bit of gardening and ho-ho-hoeing that has brought Santa out on to the pitch? 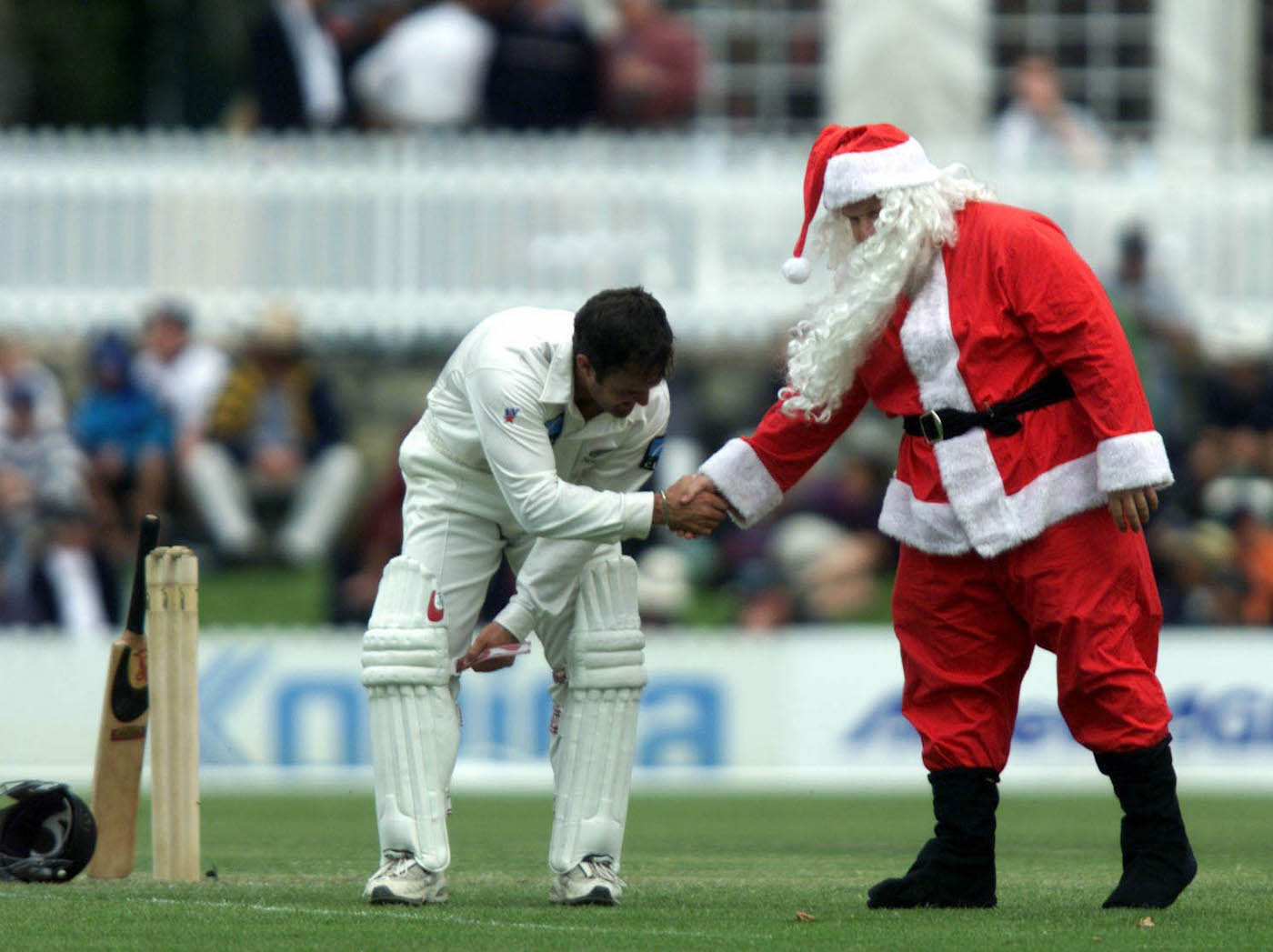 Chummy handshakes were in evidence at the first ever T20I, which was a celebration of everything retro. New Zealand's throwback beige jerseys! Australia's mullets! Flip phones! A fan gets a handshake from a resplendent Hamish Marshall having a particularly good hair day. Hamish Blair / © Getty Images 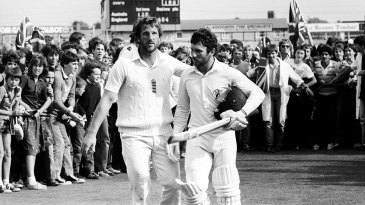 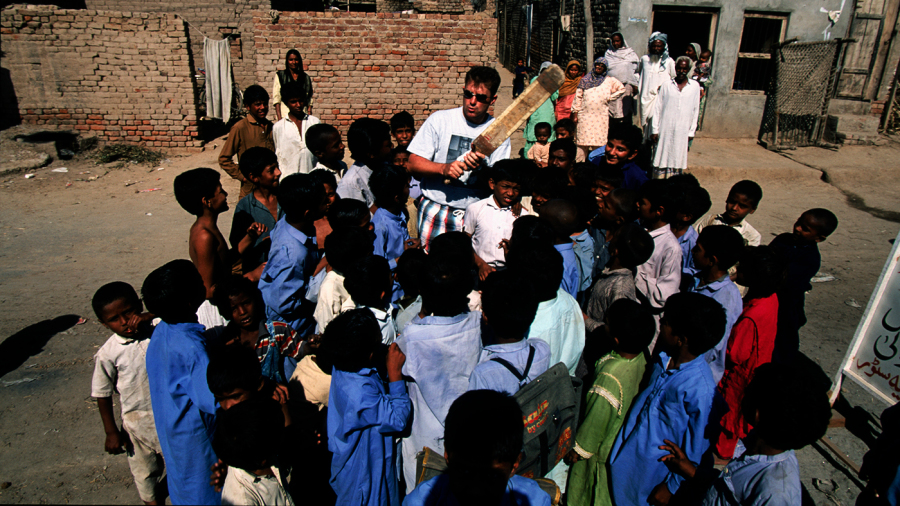