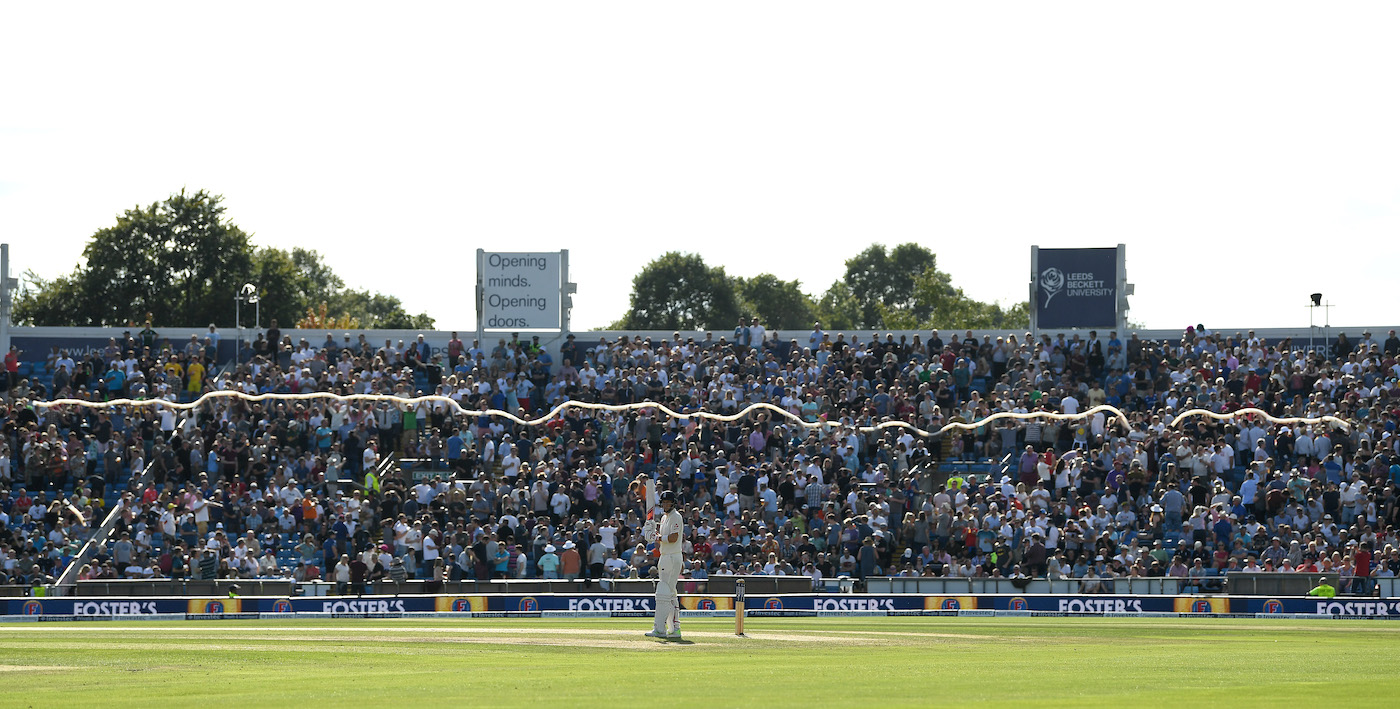 It's exit stage right for the beer snake. And the crowds © Getty Images

It's here, it's here, cricket is almost here! England and West Indies will face off in the first Test in just a couple of days, but post-pandemic cricket is a different beast, the nature of the Covid-19 virus forcing changes on the game that will take time to wrap our heads around. Take crowds for instance. Can you imagine an England game with no Barmy Army? An Australia game with no Richies? No one waving flags, no posters, no beer snakes, no costumes. No singing, no chanting, no one yelling "W****r!" at the nearest fielder on the boundary. Okay, maybe that last one won't be missed nearly as much.

The ICC also requires all parties to maintain social distancing on the field. Which means no team huddles, and no getting in the umpire's face about a decision either. You can forget about this altogether. And whatever the umpires are doing too © Getty Images

No more palming stuff off on the umpires too. The guidelines say: "Players and umpires should maintain social distancing on the cricket field and that includes no handing over of player items (cap, towels, sunglasses, jumpers) to the umpire or teammates. Consider adopting a process that will assist the bowler in managing his/her items. Umpires may also be encouraged to use gloves when handling the ball." 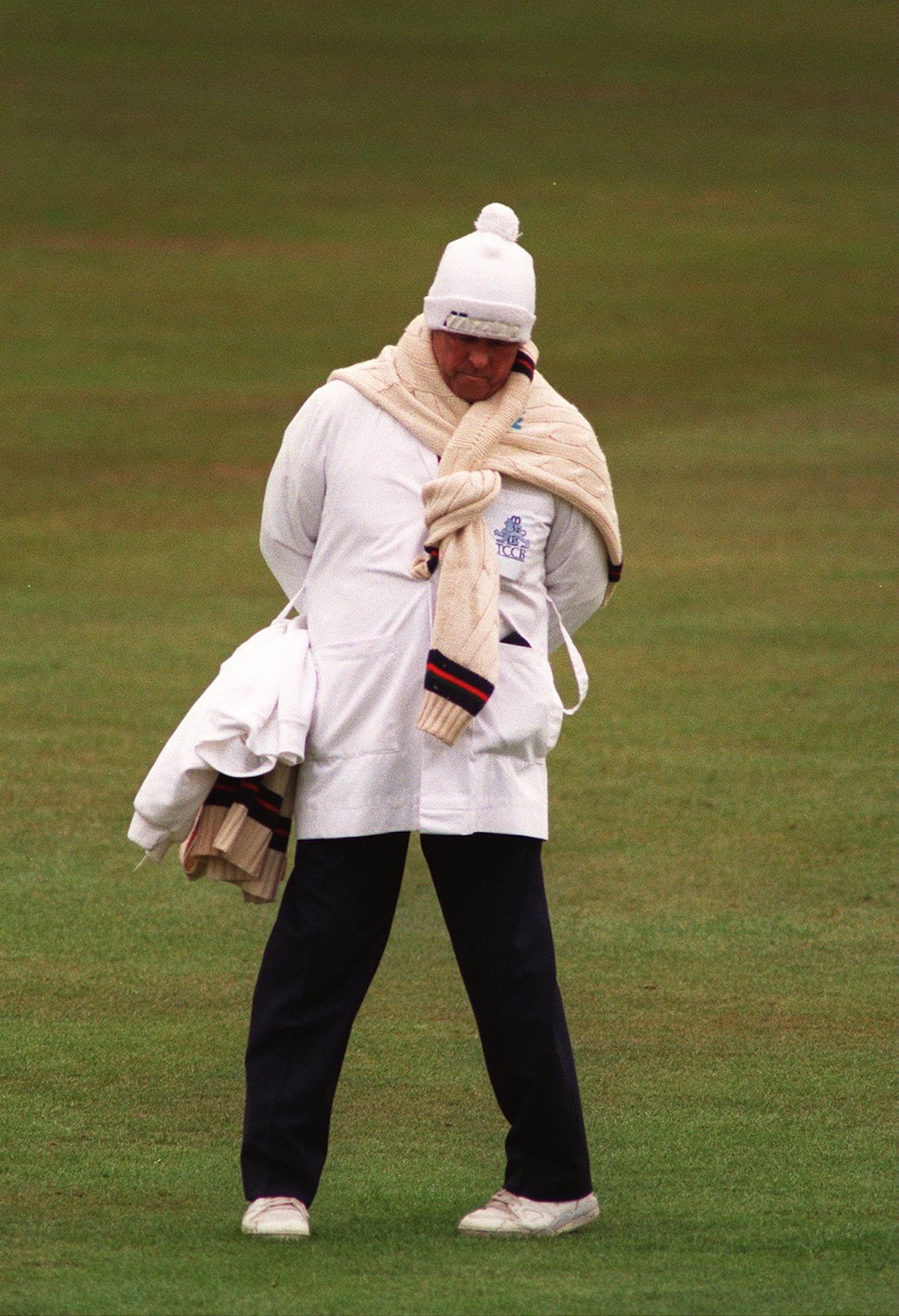 And when a wicket falls there will be no hugs, no high fives, no bum pats, no tousling hair and certainly no 11-man pile-on celebration. And that goes for batsmen too. Break it up, boys © Getty Images

And there certainly won't be any fan selfies or autographs, or snapping up a lucky pair of gloves. 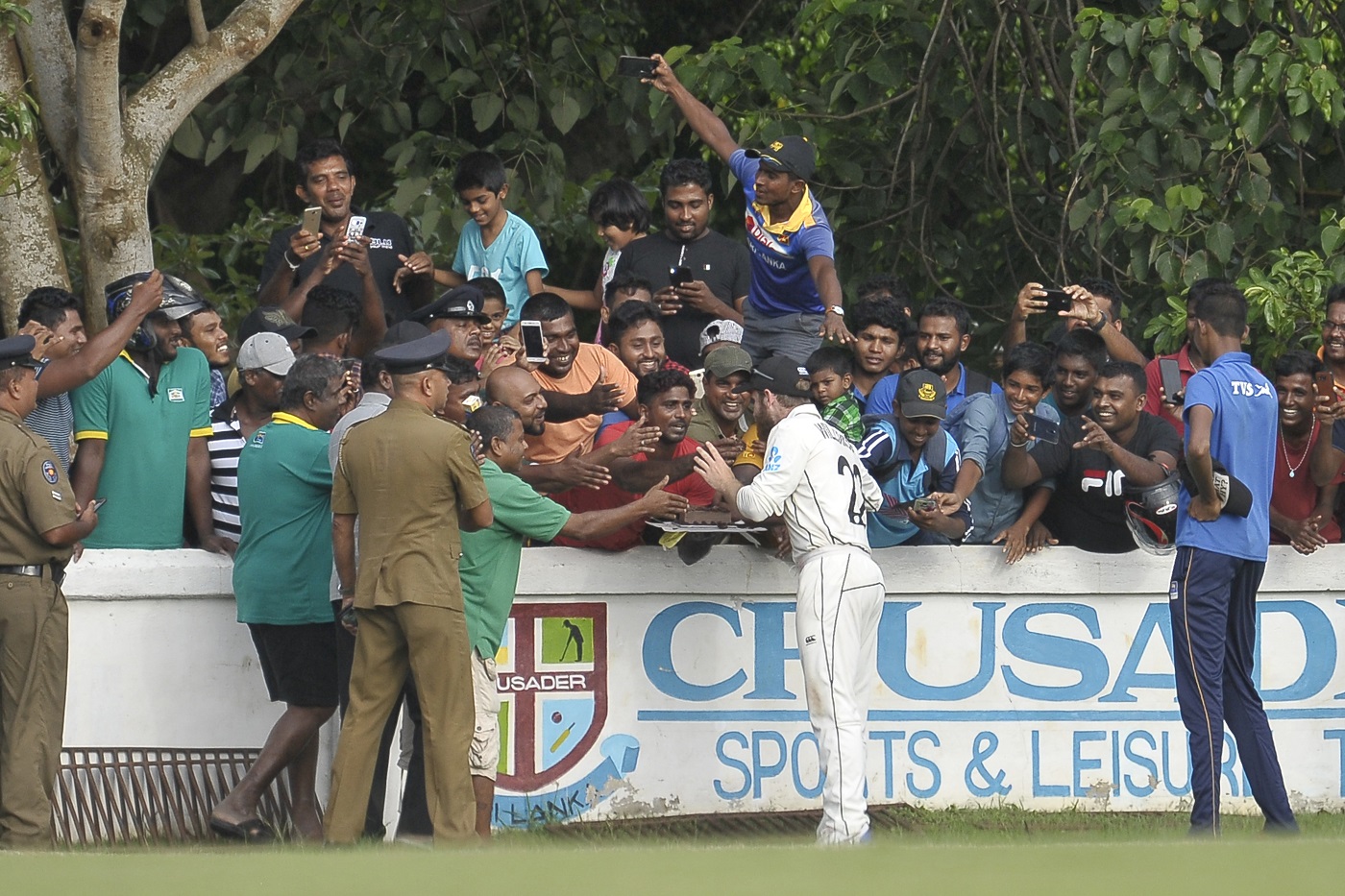 And no one will let Kane Williamson eat cake © SLC

Then of course there's the one change that has been most hotly debated the last three months - the no-saliva-on-the ball rule. Will sweat work as well? Will the ball swing? Will hand sanitiser change the game? Will bowlers forget what the ball tastes like?