When you think of a cricket umpire, what's the first picture that comes to mind? Solemn men in knee-length lab coats, looking for all the world like your friendly neighbourhood pharmacist? Umpire's Test coats haven't really changed all that much since 1861, when English cricketer William Armitstead, during a United England XI vs the Free Foresters match, requested the officials to change to white clothes as he was losing sight of the ball on the bowlers' end - something that would come full circle more than a century later.

Over time, hemlines have risen on umpires' whites but the basic form has adhered to tradition, accessorised with bowlers' sweaters and hats. In 2004, the Association of Cricket Umpires and Scorers attempted a mini revolution, advocating for a more modish and all-weather uniform in county cricket. The white coat was prone to getting soaked through in the UK's famously soggy summer, plus it simply wasn't fashionable anymore, or, as the association chairman put it in umpire magazine How's That, they were frankly sick to the gills of umpiring being seen as "a refuge of time-warp-locked geriatrics waiting for a listing in Genesis". They even attended an umpire fashion show so they could jump on the hottest trends in the official-wear market.

And they seem to have won part of the battle at least. Umpire - and senator - Cheryl Kernot found a peacoat would be just the ticket for a celebrity Super 8 match in Sydney. 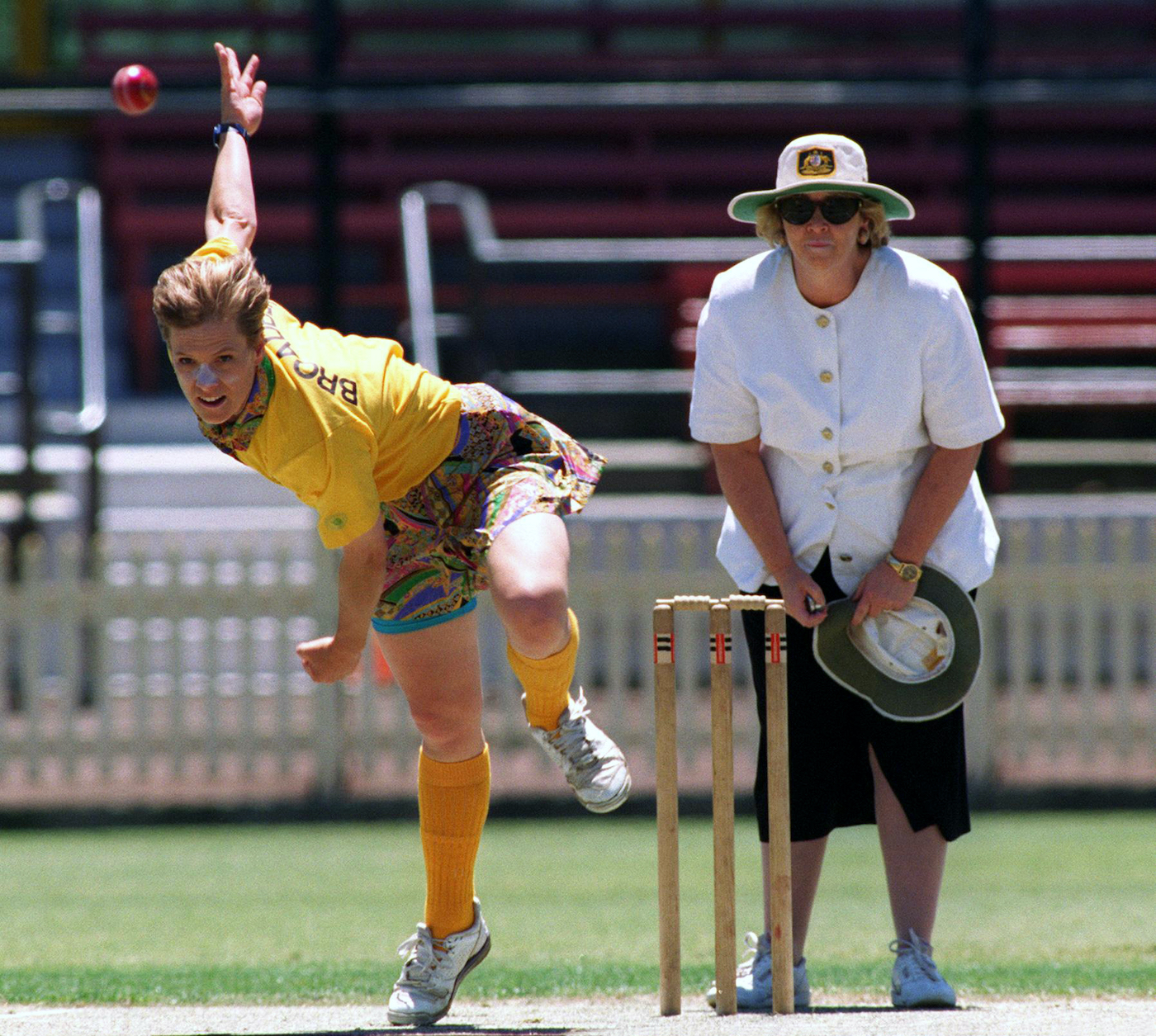 Like much to do with ODI cricket, we owe umpires' coloured clothing to Kerry Packer's World Series Cricket. When the first day-night matches began to be played, the red ball was all but invisible under lights. White balls were introduced to counter this, but that meant the ball wouldn't be visible against the umpire's whites when it left the bowler's hand. Umpires were consequently issued darker clothing, and they still wear them today. Though sometimes you have to ask if that shade of oatmeal is really a colour anyone would choose... Irrespective of what you're wearing on the outside through, Dickie Bird knows it's what on the inside that counts.