Onlookers in Tilbury, Essex, see off the ship Orontes, taking Douglas Jardine's team on the 31-day voyage to Australia in 1932, for what would become the Bodyline tour © Getty Images

Bio bubbles, pandemics, extended quarantines, months away from family - cricketers have spent more time away from home this last year and a half than at any time in the recent past. It's almost a throwback to the early years of the game, when Test tours would run six months and longer, including the time spent getting there and back by ship.

For instance, for the 1936-37 Ashes, the Goodwill Tour after the Bodyline series, England set sail on September 11, 1936, and returned home on April 26, a full 227 days later. They sailed from Southampton on the ship Orion, via Gibraltar, Toulon, Port Said and Suez, making a stop in Colombo to play a tour match before arriving in Fremantle, Western Australia, on October 12, 1936. After the Ashes, they travelled to New Zealand for 18 days, leaving Auckland on April 4, 1937 for America via Honululu, disembarked in Los Angeles for a visit to Hollywood, then took a train across the United States to get to New York, from where they boarded the Queen Mary to Plymouth, before one last train brought them to Paddington in London. Phew.

Travelling for a tour was as much of an event as the tour itself. In the photo below, the engine of the train carrying the Australian tourists even got a commemorative plaque. The engine Windsor Castle pulled the train carrying the Australian team from Paddington to Liverpool in 1926, from where they embarked on their journey back home © Getty Images

Bishop Cecil Wilson, who played first-class cricket for Kent, was deputed to Melanesia and Norfolk Island in the South Pacific, where he discovered the natives had been trained by a previous incumbent in cricket. He describes ersatz games of cricket organised on the islands and players getting to them by war canoe. The crews of ships that stopped by were often rallied for games, and if the bishop's accounts are anything to go by, he could well have been describing T20 games of today. A playing XI (plus an umpire, presumably) row to a game on the Solomon Islands © Getty Images

It isn't just cricketers who travel. Decades before the Barmy Army was a glint in a mad fan's eye, itinerant cricket buffs were following their favourite teams around, bag and baggage. Long journeys are no excuse for not showing up in your Sunday best, as these Fiji cricketers on their tour of England in 1982 will attest. The Fiji national cricket team arrives at Heathrow for the ICC Trophy in 1982 dressed in the "sulu", the national dress © Getty Images

Sometimes, the luggage travels better than you. Other times the silverware is excess baggage. In the photo below, the Sheffield Shield waits forlornly to be noticed as friends and family gather around the New South Wales cricketers who've brought the trophy home for the first time in 17 years, in 1983 When you're going to the World Cup on a wing and a prayer, you want to make sure they're both quality. 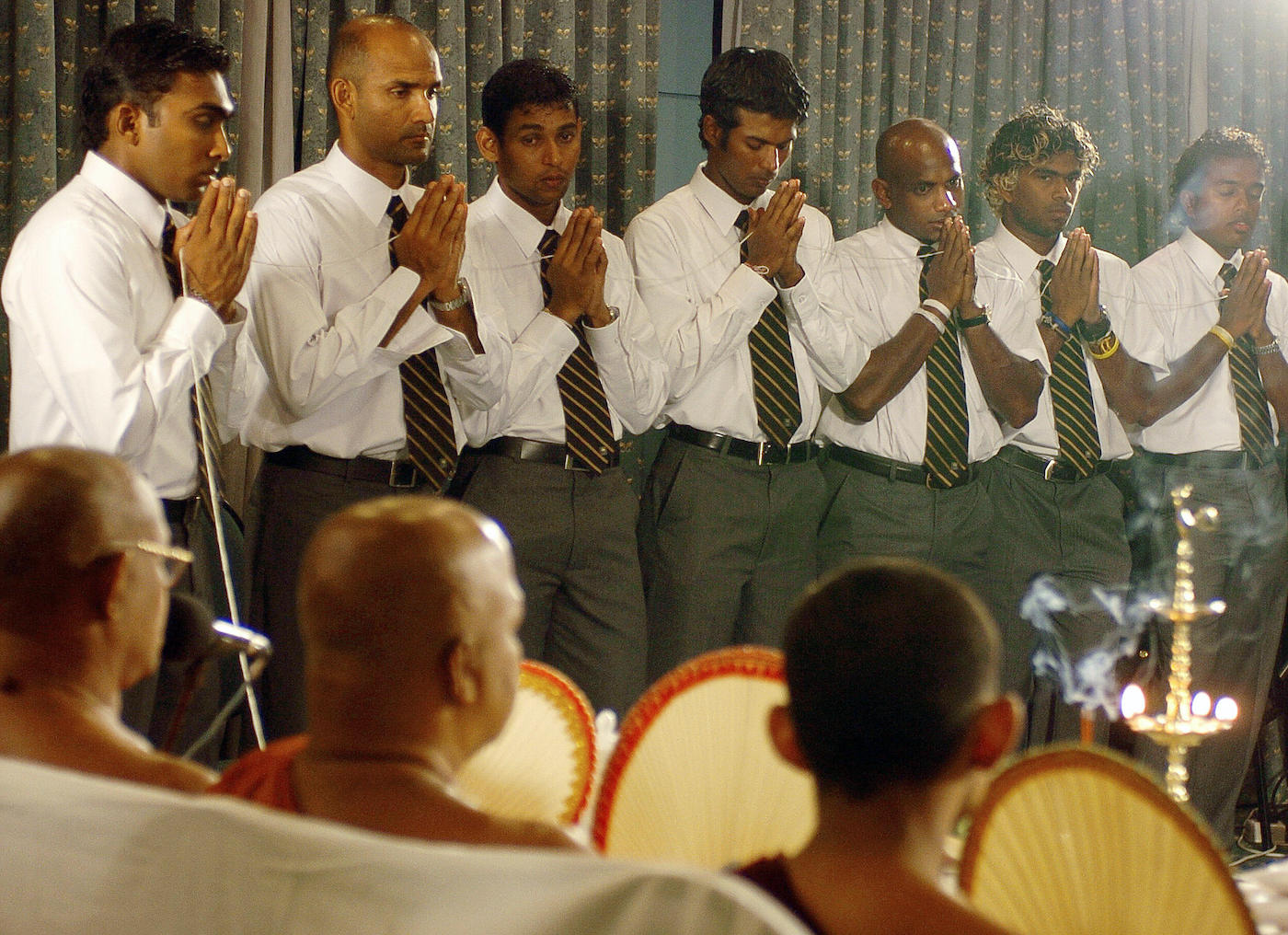 You can travel the world terrorising batters and decimating teams, but when you come home you're still momma's little boy. 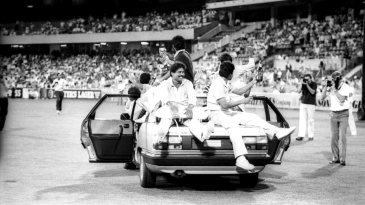