Mask-ots: Surrey's Caesar the Lion, Lancashire's Lanky the Giraffe and Gloucestershire's Alfred the Gorilla do the responsible thing while they wait for the rain to stop before the 2020 Blast semi-final © Getty Images

Part of the spectacle of the BBL and the T20 Blast is the presence of the mascots who have become beloved symbols of the clubs and sides. In fact, the T20 Blast's finals day mascot race - featuring 18 mascots, one from each county - is as hotly contested as the matches themselves (Gloucestershire's Alfred the Gorilla is a multi-year winner) and not without controversy: one year the winner was disqualified for not wearing fuzzy shoes.

Cricket has had a long, if intermittent, relationship with mascots. The ODI World Cups cycled through quite a few mascots until 2015, when they were abandoned entirely. From 1996's Googlee, a helmet-wearing red ball wielding a bat (for a white-ball tournament), to 2003's Dazzler the Zebra, his black-and-white stripes indicating South Africa's unity in diversity, and 2007's Mello the orange mongoose, World Cup mascots have delighted, entertained and confused in equal measure. 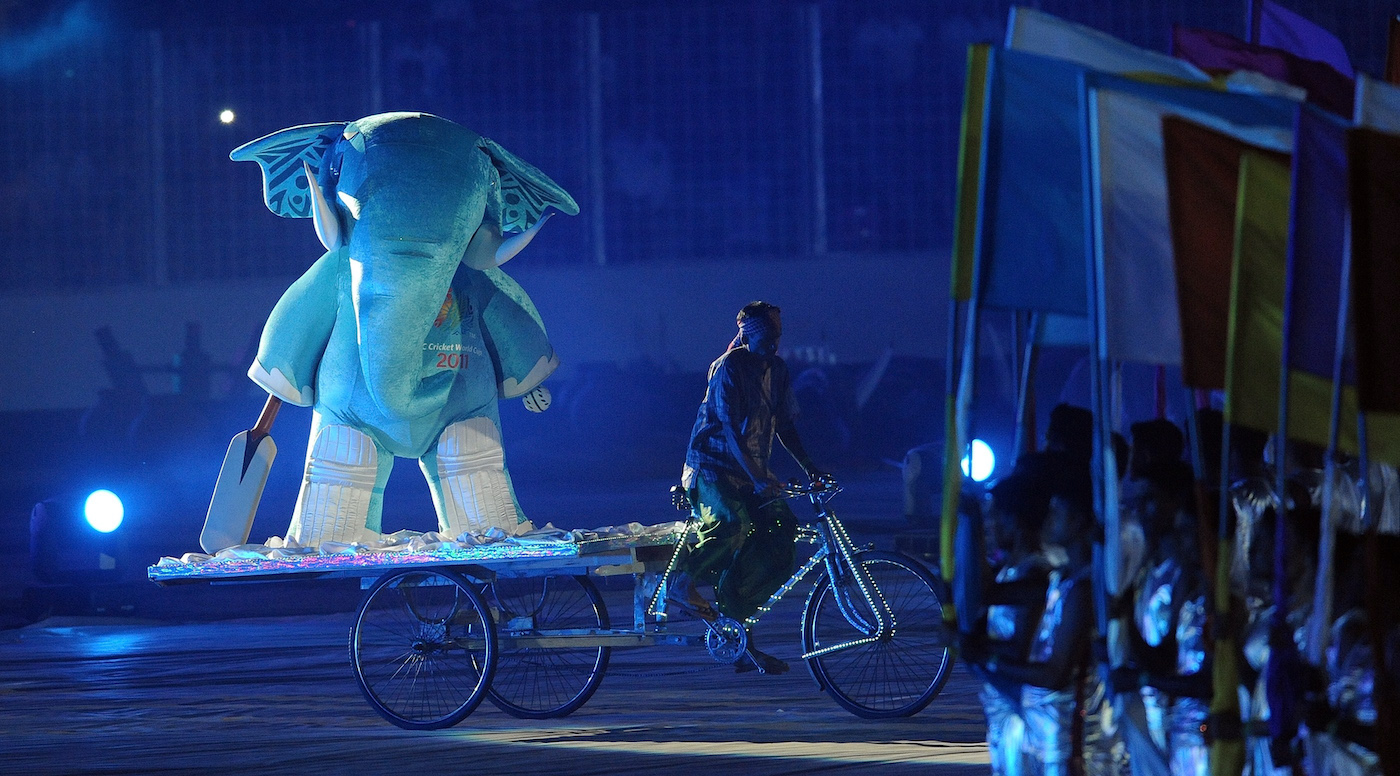 Stumpy, the 2011 World Cup mascot, was the last one in that tournament to date, presumably because the commute was such a drag © AFP

Being a mascot is hard yakka - just ask the BBL icons, who have to compete for fitness with the players if they're to survive the sweltering Australian summer in full costume. 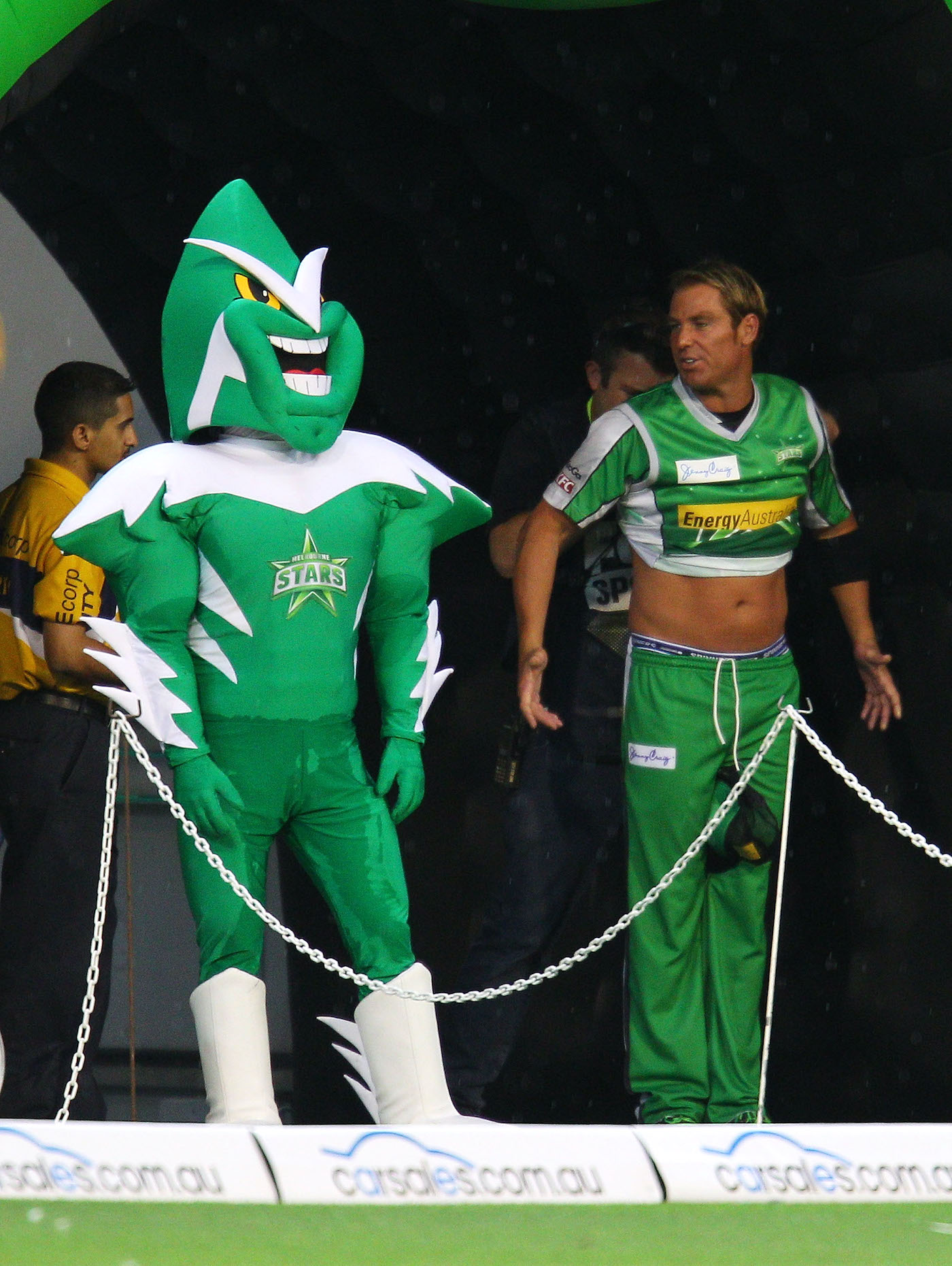 There are also very real hazards to the job. Northampton's Merv the Kangaroo once fell off the groundsman's tractor during the pre-match parade, and then was run over by it before a Norwich Union Division One match in 2001. He was reportedly back on his feet in 15 minutes, though. 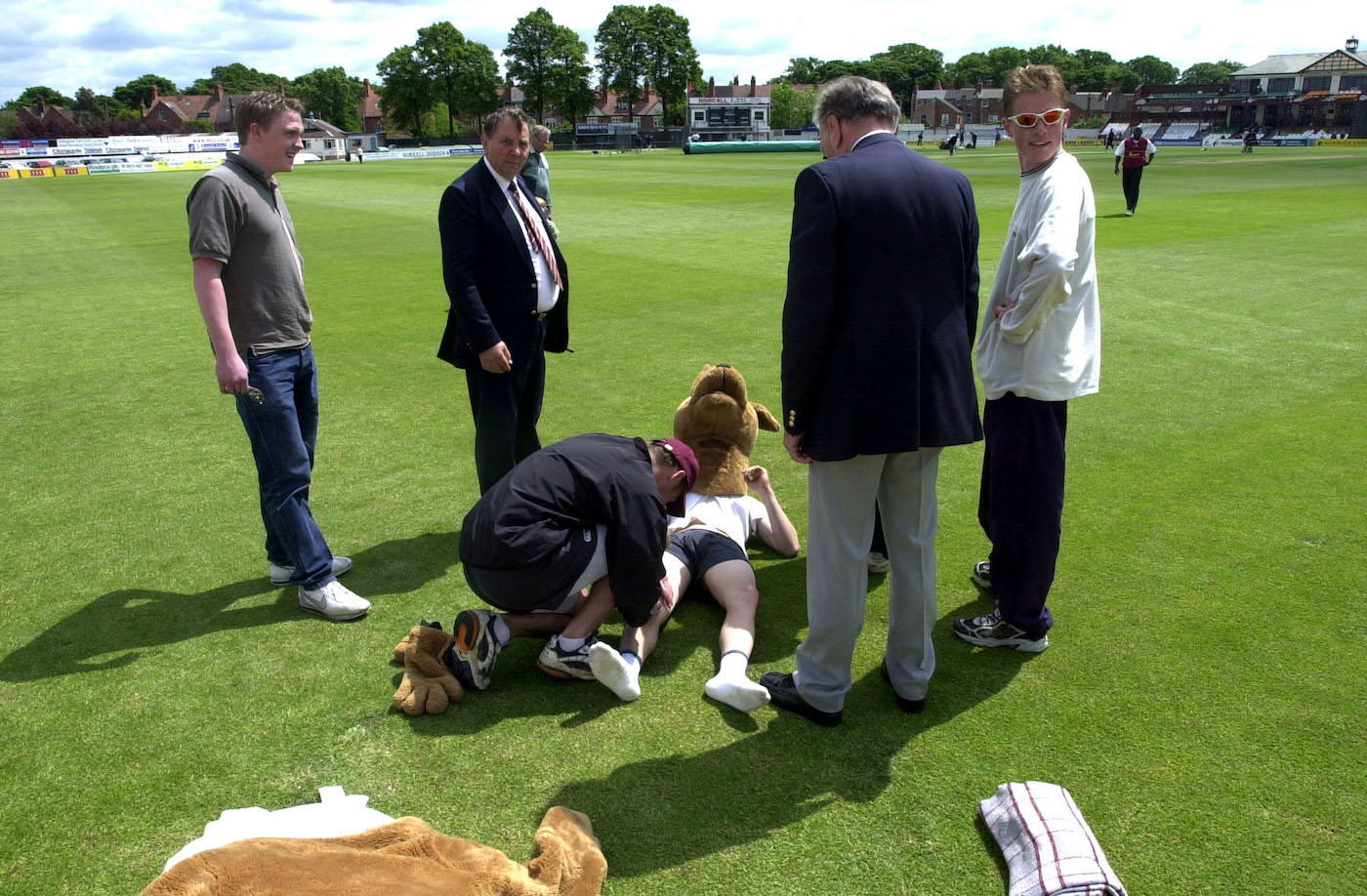 "My disappointment is immeasurable and my day is rooined" © Getty Images

Then there's dealing with being manhandled by the players, as Surrey's Pat Pocock, Monte Lynch and David Thomas did with Winston the Bulldog, the mascot of The Oval sponsor Poundstretcher in 1985. That's one way to land a sponsorship deal © Getty Images

Though the mascots aren't above throwing hands themselves. In the photo below, Chris Adams gives Sussex's Sid the Shark a stomping. 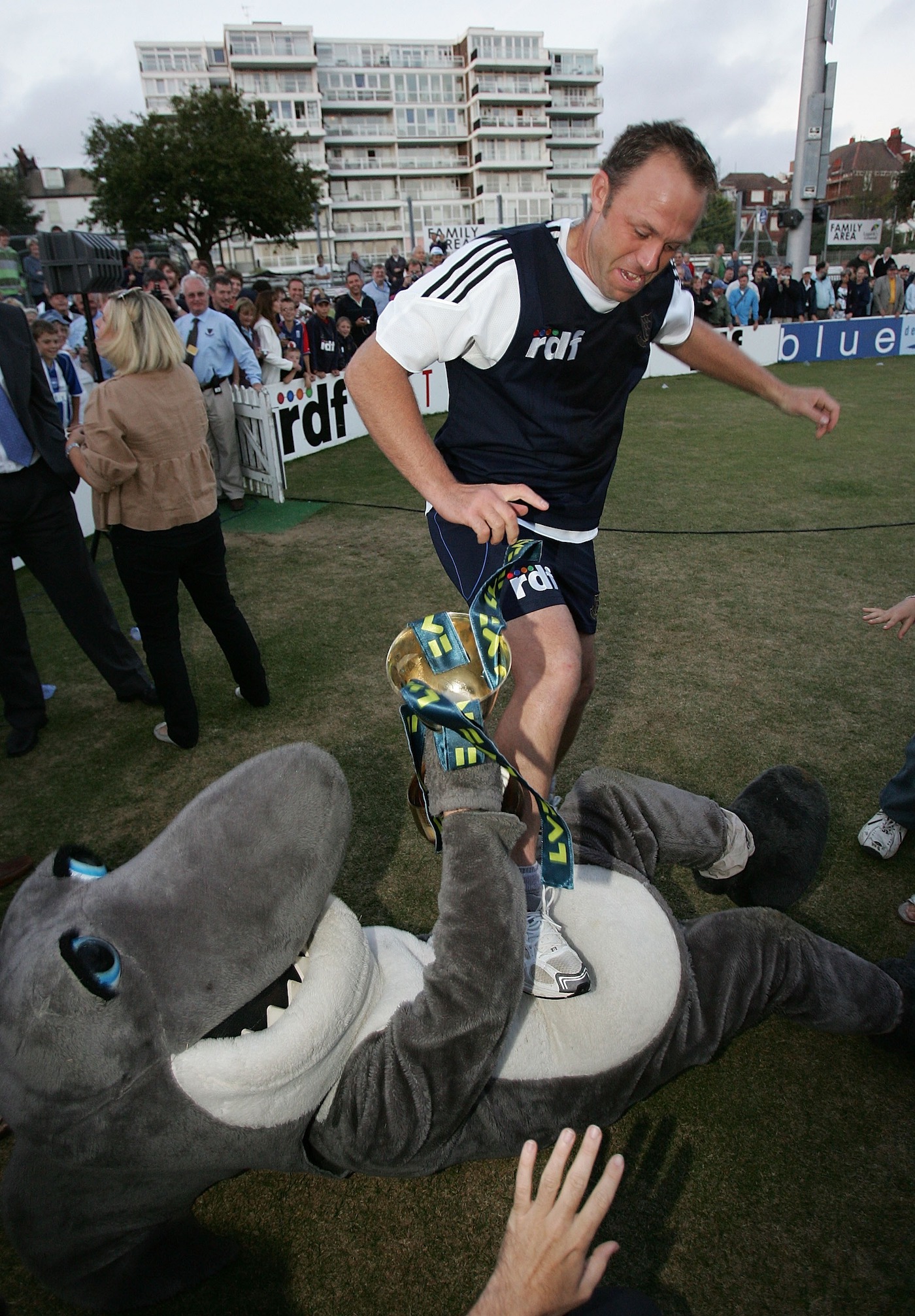 Can mascots boost player morale? Damien Fleming certainly thought so during that eventful second Test between India and Australia at Eden Gardens in 2001. 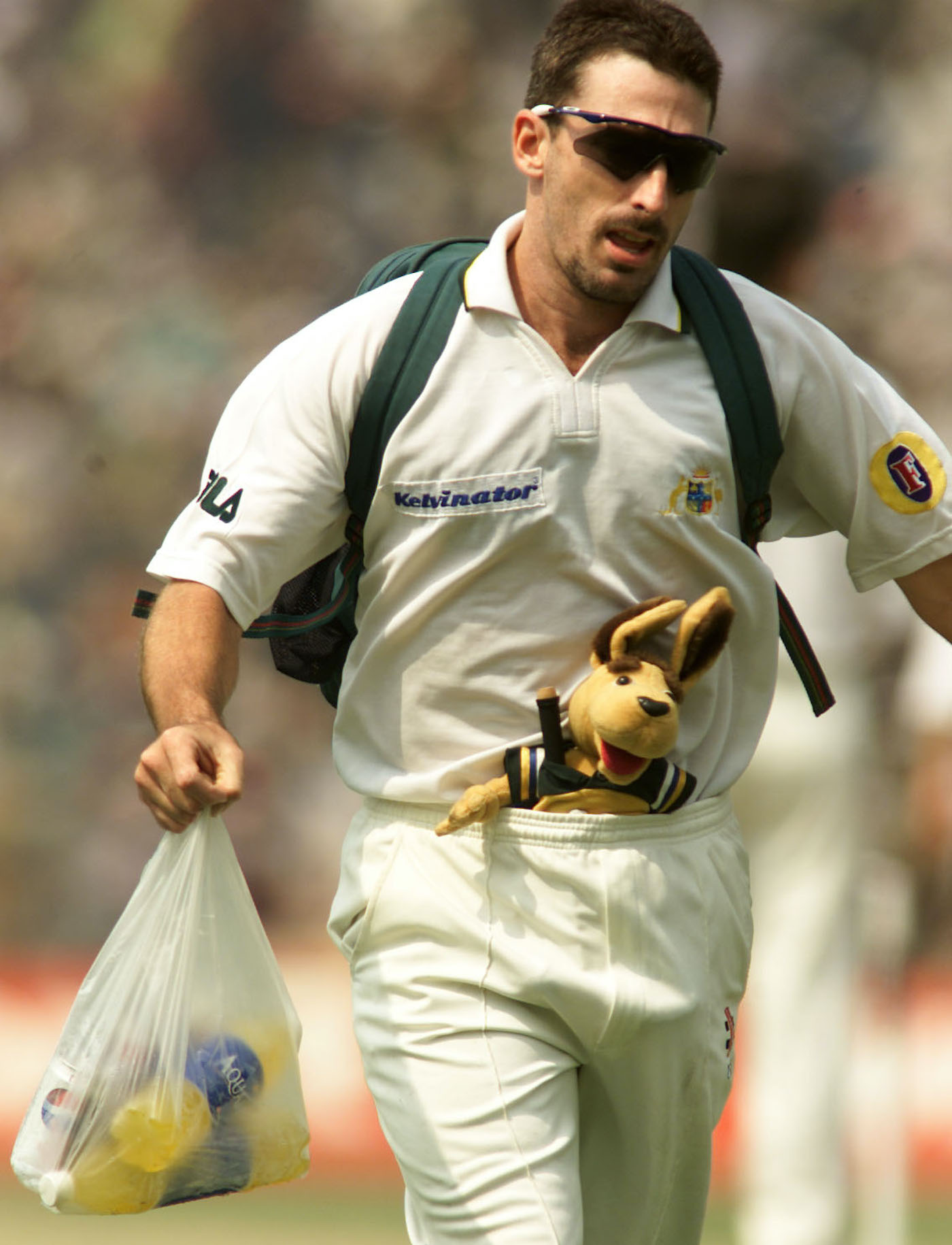 Joey to the world, the drinks have come: Damien Fleming reminds the Australians what they're fighting for Hamish Blair / © Getty Images

What's one thing the ICL had that the IPL didn't, besides the BCCI's and ICC's sanction? Presumably a budget that stretched to full-body costumes for the team mascots. 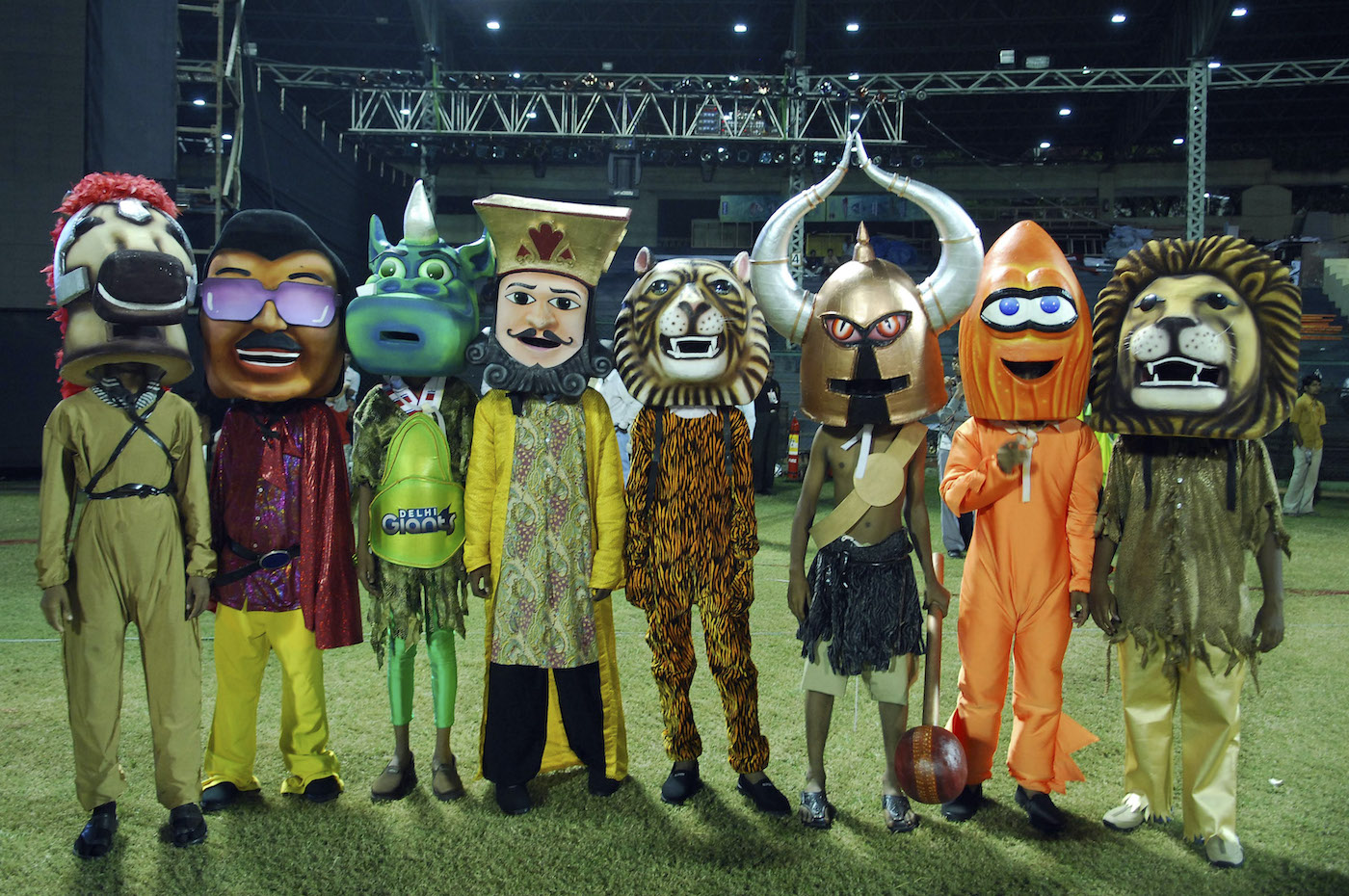 Business in the top half, partly at the bottom © Associated Press

If there's a sight that warms the cockles of an Ashes captain's heart, it's this. 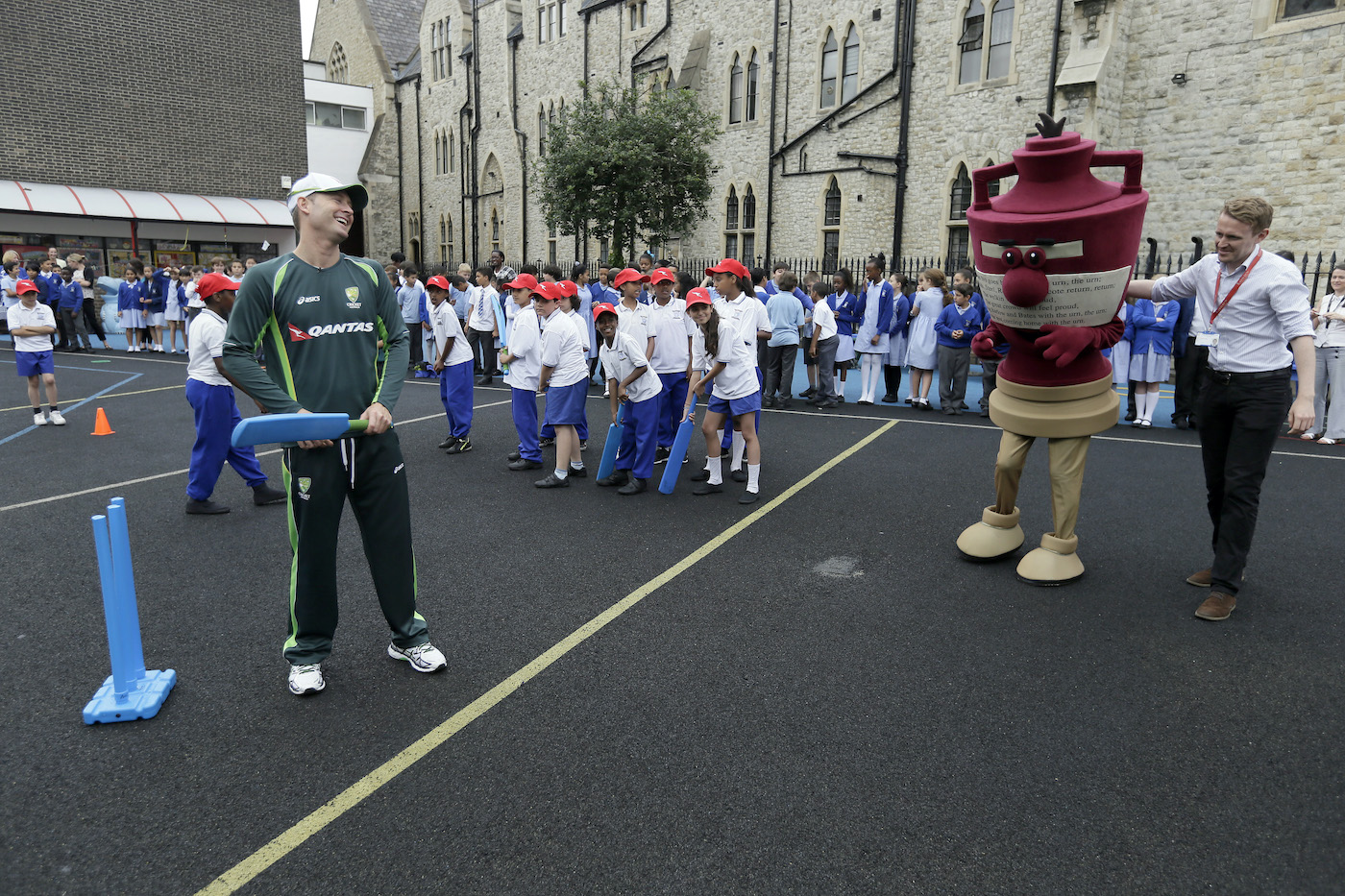 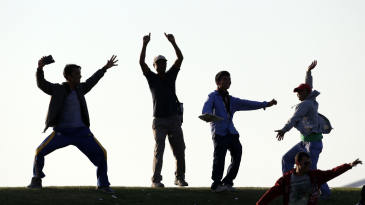 You should be dancing, yeah

There's always room in cricket for a little song and dance 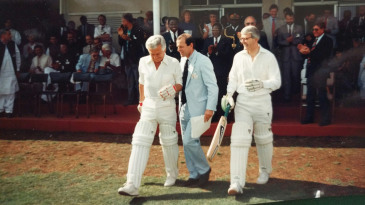 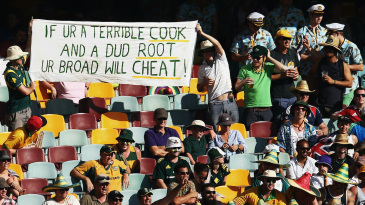