We break down the batter's inventiveness in pictures 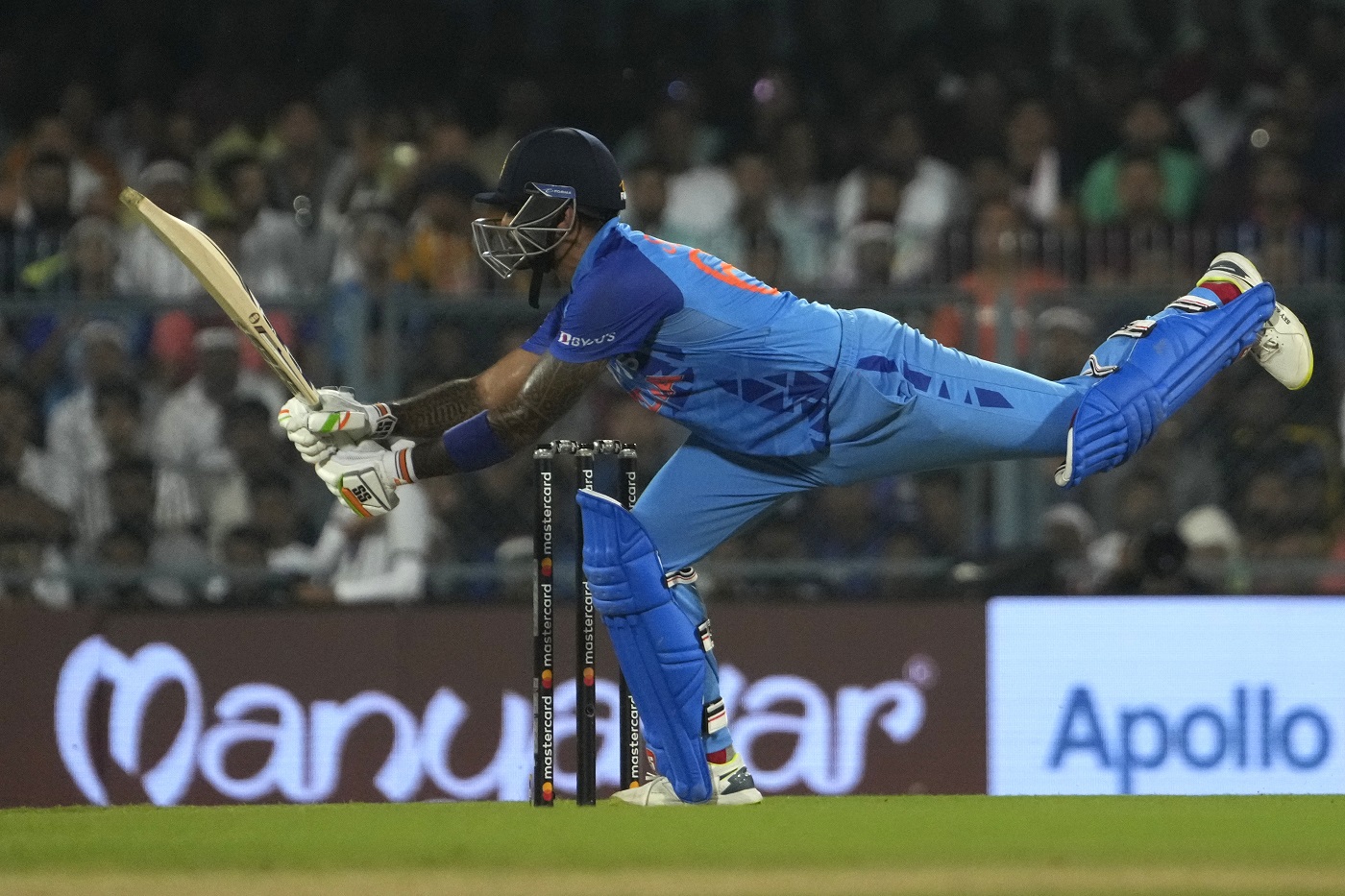 We knew we were in for a ride when he hit the first ball he faced in international cricket for six: a one-legged hook off Jofra Archer, no less. But no one was quite prepared for just how good Suryakumar Yadav would be. You can average over 40. You can strike at more than 170. But do both? Suryakumar is one of only five batters to have done so while scoring at least 200 runs in T20Is. The other four are Taranjeet Singh, Zeeshan Kukikhel, Kendel Kadowaki-Fleming and Bilal Zalmai. If you haven't heard of any of them, it's because they play for Romania, Hungary, Japan and Austria.

How does Suryakumar do what he does? It's simple, really, if you break it down. He reads the field, judges what line and length the bowler will deliver, and moves himself, before the bowler's release, to where he thinks the ball will come. From there, he lets his hands and wrists take over, and manoeuvres the ball into unpopulated areas outside the 30-yard circle.

He isn't alone in trying to bat this way, of course. He's just better than pretty much anyone else. Make the first move: Suryakumar's ability to access all areas relies on getting into position early © SLC

The quadrant of the field he's most known to pepper is the one behind square on the leg side. When he made his unbeaten 61 off 25 balls against Zimbabwe, for instance, he repeatedly stepped, shuffled, or stretched across to the off side, leaving all three of his stumps exposed, to sweep and scoop Richard Ngarava's wide-line bowling into this area. The bowler was aware of the batter's intentions, so he often ended up slanting the ball beyond the wide tramline while delivering from left-arm over. 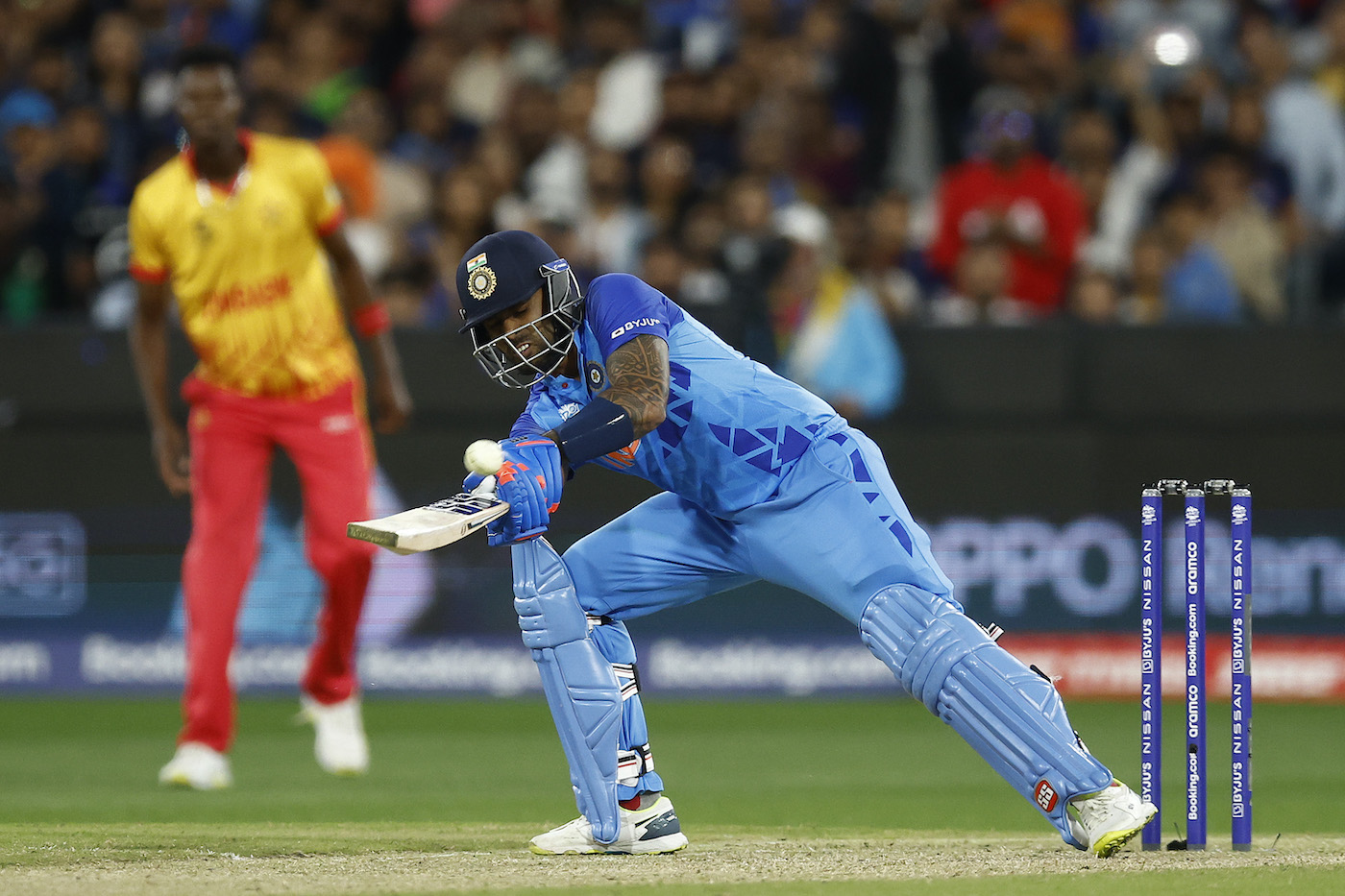 His numbers while hitting the ball behind square on the leg side are astonishing: 111 balls, 340 runs, and only six dismissals, giving him an average of 56.66 and a scarcely believable strike rate of 306.30. That's three runs per ball. It's no surprise then that the scoop to fine leg is perhaps the first shot you think of when you think of his 360-degree range. Just as you did with AB de Villiers. 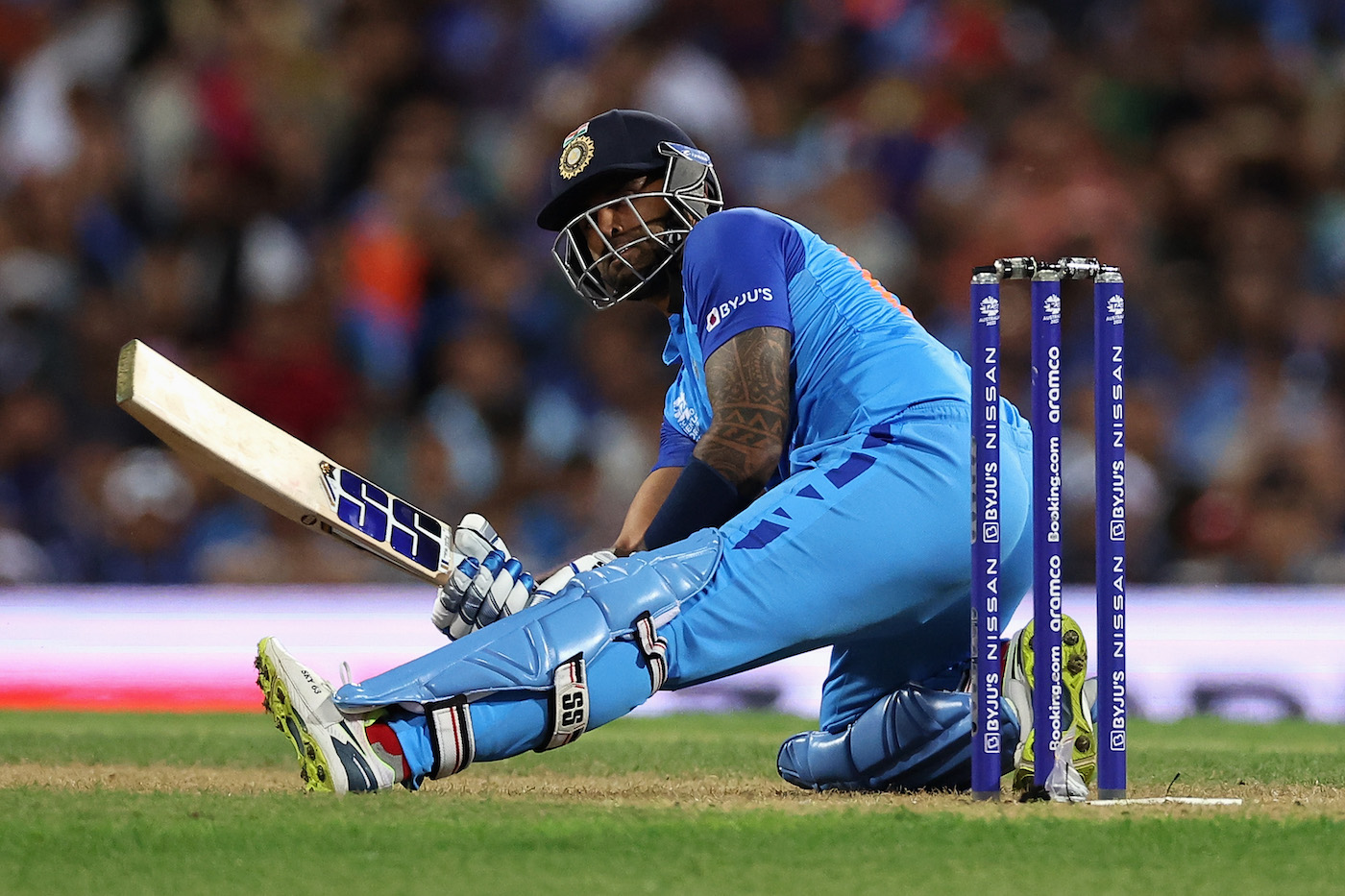 The uppercut is a key weapon in Suryakumar's behind-point arsenal. He can play it when the ball is climbing above shoulder height... ... and his flexibility allows him to play it even when you think the length isn't quite short enough. And this, perhaps, is the defining feature of his batting. He's almost entirely unconstrained by the limits that length can enforce. Imagine you're Chris Jordan, setting your deep fielders square and bowling a hard length, trusting that there's no way the batter could possibly hit you over mid-off for six. 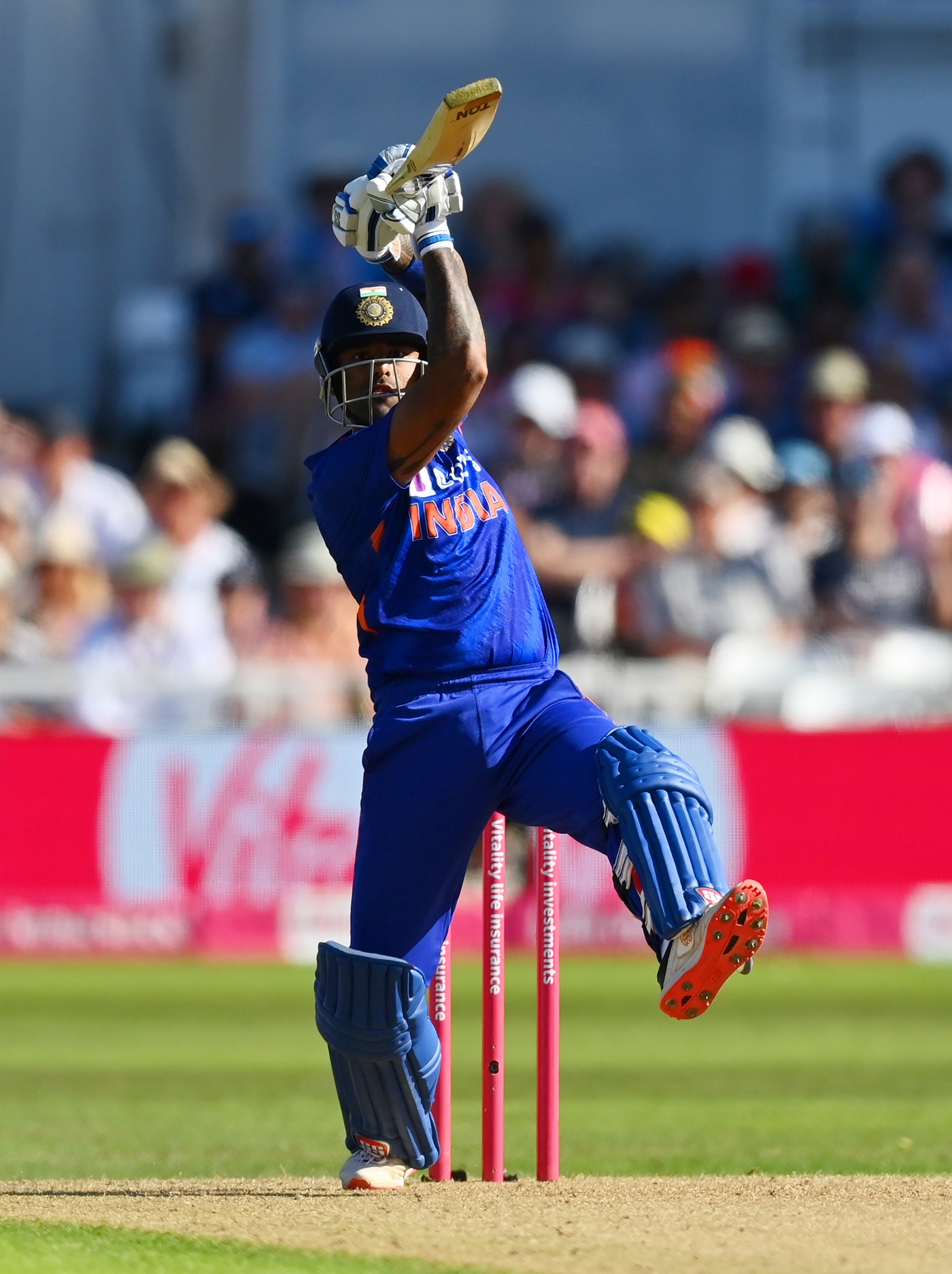 Straight out of the textbook. Well, almost © Getty Images

But Suryakumar did just that when he smashed his maiden T20I hundred at Trent Bridge. It was the perfect lofted off-drive, played against a ball of entirely the wrong length - wrong for everyone else.

You aren't supposed to flat-bat shoulder-high short balls past mid-off either. 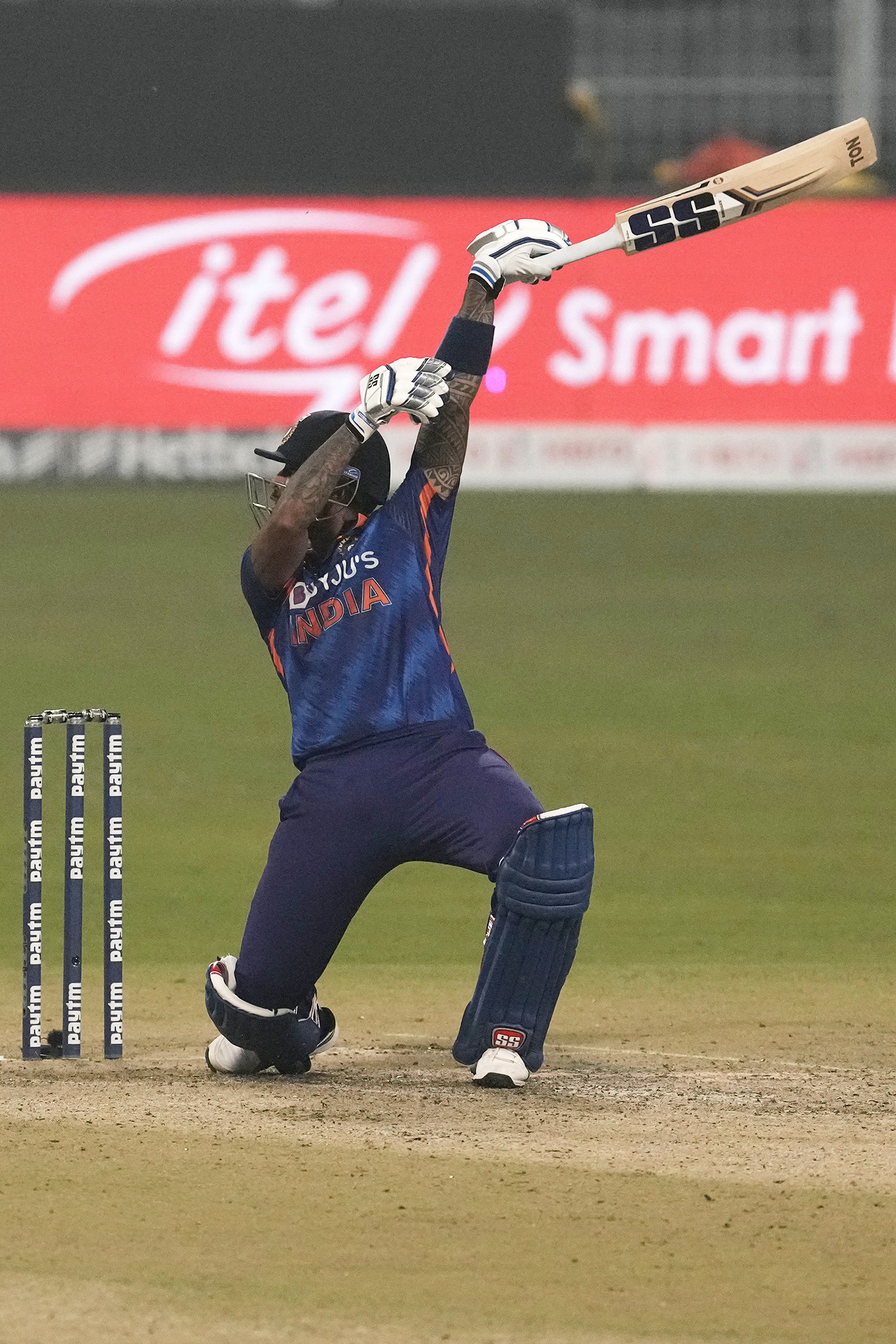 But Suryakumar has found a way, almost every time. And each time, he has expanded the limits of what a batter can do in T20 cricket. Suryakumar Yadav: 'I wanted to do things my way, and it really worked for me' 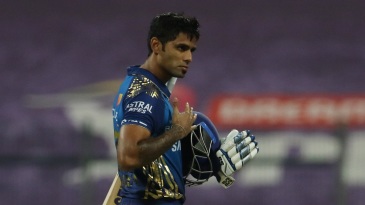 At 30, he is poised to become India's latest T20I debutant, and the call-up will be every bit deserved 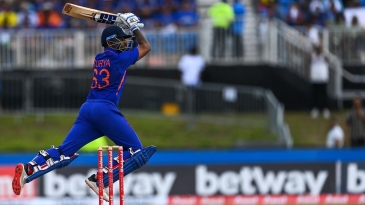 Ponting: Suryakumar is a bit like AB de Villiers