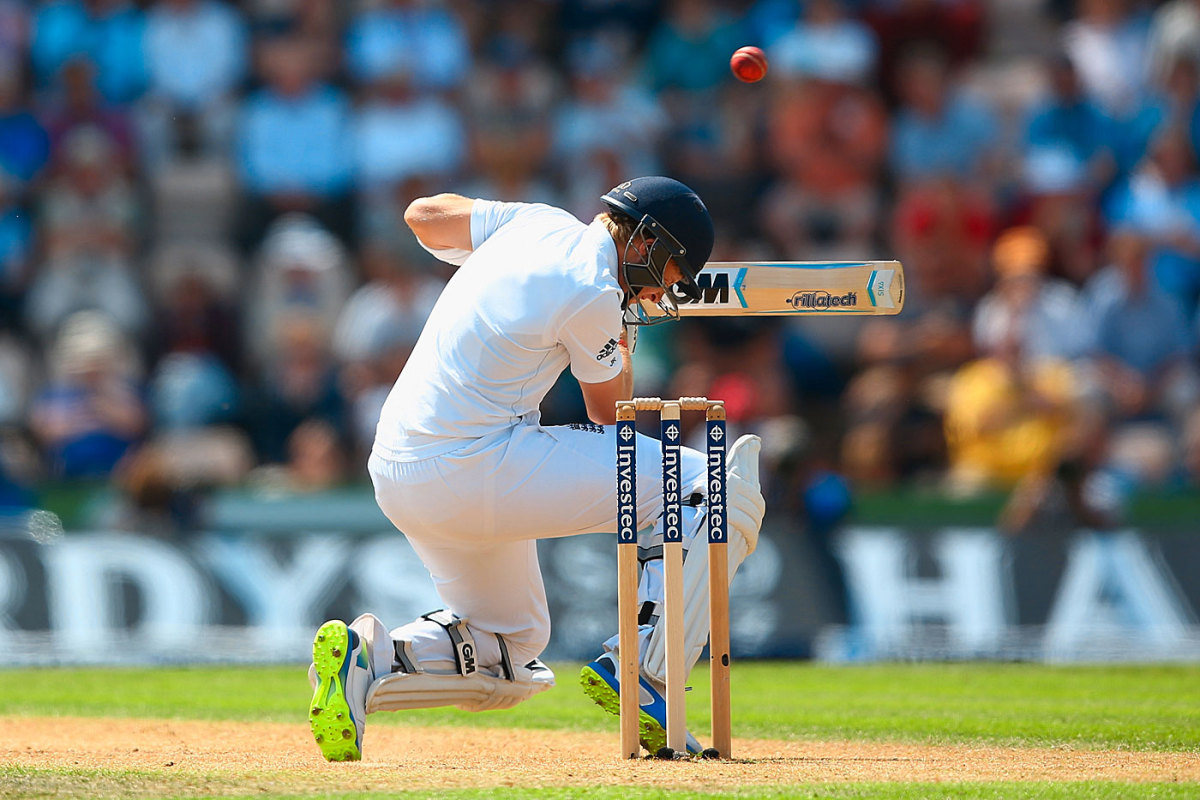 The bowling was superfast

Batsmen excepted, breathes there a fan with soul so dead who doesn't like it fast and furious?

One of the possible names for this magazine was Shot! The exclamation is universal, alive in a variety of twangs and registers, at home on a maidan, a beach, a green, or in a commentary box. A little too batsman-friendly, however; not a good pitch. We heart bowlers. Most of the earliest stories we commissioned involved bowling. You may have read some last month: a panel on the finest pair, a conversation with the pioneer Saqlain Mushtaq.

This month's cover story is Daniel Brettig's terrific account of how Mitchell Johnson reintroduced the world to bloody scary. Brettig's reconstruction arcs from Johnson's first bad-haircut appearance at the Academy back in 1999 to the blow that concussed Ryan McLaren this February. Its details are telling and sometimes chilling. Pace - and length! - like Johnson's invests our languorous game with the frisson of blood sport. Brettig recounts a moment in 2011 when Johnson, burnt out, injured and following the Boxing Day Test on television, watches Michael Clarke simply point to his cap by way of instruction to his fast bowlers. It arouses Johnson. Extreme pace arouses most watchers. Battling it is a different prospect. "Broken marriages, conflicts of loyalty, the problems of everyday life fall away as one faces up to Thomson," Mike Brearley wrote in Return of the Ashes. It was a lovely and qualified line. Those quoting it neglect four key words from the paragraph: "My own experience is..." Others, as Jonathan Trott's example cruelly indicated, may find their minds not wonderfully concentrated but further clouded.

There was a moment in 2011 when Johnson, burnt out, injured and following the Boxing Day Test on television, watches Michael Clarke simply point to his cap by way of instruction to his fast bowlers. It arouses Johnson

The minds of batsmen, especially the clouds, is the topic of a fascinating discussion between Martin Crowe and Daryll Cullinan. Sambit Bal knew the pair well enough to extract genuine candour. Their conversation, 7500 words after boiling down to half as the recipes suggest, gives you a taste of the obsession, isolation and torment involved. Along the way they crack one or two fine jokes - and pay tribute to two or three great bowlers of their time.

Karachi Khatmal, aka Ahmer Naqvi, writes of another kind of isolation. His thoughtful essay on Pakistani fandom in a time of cricket destitution roams films, songs, tweets and message boards - and also demonstrates why fast bowlers are bigger than rock stars. The idea of Pakistani exile has an echo in Osman Samiuddin's delightful meeting with Lalit Modi in London. The encounter introduces a series with cricket's banished, slated to run every other month.

That is the first of two series announcements for the issue. The other, we are very pleased to tell you, is for a monthly column from a great sportswriter of our time, Simon Barnes. His first piece takes on sledgers and masculine posturing, and contains withering words that need no bleep marks.

Elsewhere, Vaneisa Baksh paints a heartwarming portrait of one of cricket's support cast, a Trinidadian peanut vendor. As the English season winds down, the photo feature gives you a last sighter of jolly costumery. However, Russell Jackson will not miss team jerseys where "nipples should have been allocated their own England cap numbers". And Daniel Brigham profiles a big success of the summer, and probably beyond, Joe Root.

But back to bowlers. Daniel Vettori lets the side down only marginally by picking a batting performance as one that changed his life. Towards the start of the issue you will find the dexterous Vernon Philander talk about his method (sorry, no gouging tips). On the final screen, Ian McDonald will almost tell you the private story behind the most famous triumph of a bowler over a batsman.