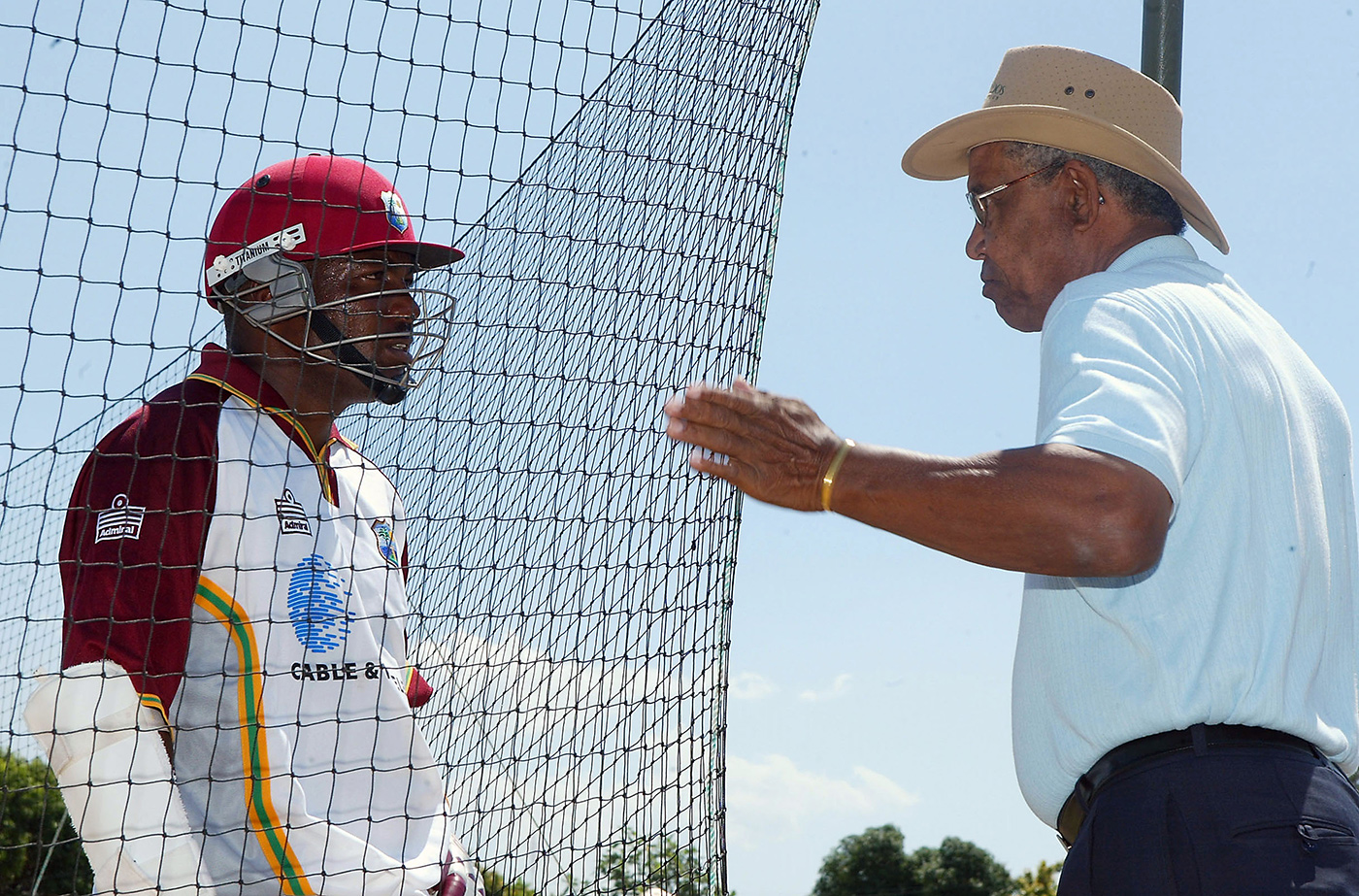 How many entries between the two of them in the top 50?

In praise of list-making

There are the burning issues in cricket and then there are the really interesting ones, and I'm pleased to report that this edition of the Cricket Monthly is all the latter. I can also safely say it has been the most fun issue to put together yet.

Fifty years, 50 Test performances. The idea grew out of the last part. We have all obsessed over what we think are the greatest innings and the greatest spells; some of us have written books or designed statistical systems for them, and I am certain some have lost friends over the matter. But Test cricket is a four-innings sport, so why haven't we thought quite as hard about performances that span the entire breadth of the match? The same cricketer participates in all innings, after all, and we watch and understand each in the context of the same match. If multiple innings make a Test match interesting, they do too a player's performance.

So that was the first parameter. We'd tell our cricket-tragic team of panelists that they were free to consider all innings of a Test match when thinking about a performance. Which brought them to the really tricky part: weighing one against another using various combinations of batting, bowling, fielding, captaining, enduring and whatever else they liked.

Having opened up the scope this much in one direction, we had to limit it in others. Nobody, not even a single-organism amalgam of David Frith, Gideon Haigh, Statsguru and YouTube, could be expected to consider all of Test history. We settled on a period of 50 years. It's about as far back as a mix of lived memory and accessible research could realistically take us, and it encompassed as large a pool of performances (i.e. very large) as could be realistically processed. We then chose 50 as the number of performances because that felt about right for 50 years: neither meaninglessly selective nor over-comprehensively baggy. And also because, well, yeah, "50 from 50" does have a bit of magaziney zing.

Test cricket is a four-innings sport, so why haven't we thought quite as hard about performances that span the entire breadth of the match?

Our 25 panelists were drawn more or less equally from around the world. For having put themselves through the not-unpleasurable torture of decision-making, our sincere thanks. The list drawn up from their choices is published as our lead pieces - of which the first is here. It blends the views of the journalist, the cricketer, the aesthete, the statistician, the historian, and takes into account the individuality of each. You will have your opinions on the outcome. Mine, for what it's worth, is that it's a pretty cool list: less obvious than one expects, less eccentric than one fears. It is a little short on the past 10 years. I suspect this is not entirely a comment on the 10 years, or on the jury. My feeling is that observers tend to subscribe to the credo that distance lends perspective and there hasn't arguably been enough distance to come to a proper evaluation yet, so wiser to wait. Time will correct that.

On the whole, though, it is a capacious list, with fidelity towards a performance rather than a career. There is space for the one-off and the maverick, for the marathon and the sprint, for beauty and bloody-mindedness. It makes me want to watch over again each of the performances that I have had the pleasure of watching (well, except maybe Jayasuriya's 340), and pine for all those that I haven't had the fortune to.

Without meaning to sound glib, the spirit of the exercise was celebration rather than competition. For us the list was a starting point. The next bit of fun to be had was finding ways to toast the performances: that is, making the issue that is now on your screens.

So we have a kaleidoscopic rendering of VVS Laxman's 59 + 281 from around the pitch (as well as the dressing rooms, and a hotel room). There's a natter with Ian Botham, and an appreciation of him by Simon Barnes. Simon Lister turns back the cricketing and sociological clock on Michael Holding's exquisite pace show at The Oval. We try and sort of get into bed with a Brian Lara masterpiece. Osman Samiuddin and Jarrod Kimber have a spirited email discussion about the contemporary era. Four statsmen tackle our panel's task via original algorithms, and there are memorable essays by Christian Ryan and Siddhartha Vaidyanathan that ask, in different ways, what it is that really attracts us to a piece of cricket. We hope you enjoy all of it.